Yes, I know - I've shown these covers before, but it was over several posts and I thought it would be handy to have them all in one place for all you pantin' panelologists to slobber over.  The first seven issues were double-sized, 25 cents publications, and #8 was prepared that way as well.  However, it was split over two issues when it was decided to make the mag a regular-sized, 15 cents monthly.  The series lasted for only 18 issues, so assuming the change was made because it was thought the pricier format was scaring off readers, it wasn't soon enough to make a difference in sales, alas.

JACK KIRBY drew what became the last issue, but the mag's cancellation proved that not even the 'King' could save it.  Sure, it was cancelled before the sales figures came in, but they must've been pretty underwhelming, as the mag would've been revived PDQ had it seemed to MARVEL that they suddenly had a surefire runaway hit on their hands.  In fact, it has to be said that Jack's issue is the weakest of the run and proves that STAN LEE was right in having big JOHN BUSCEMA illustrate the previous 17 tales.  I doubt the magazine would've lasted as long as it did had Jack drawn it from the very start , as his art had taken a decidedly cartoonish turn.

Got a favourite?  What memories are stirred in the cavernous confines of your mind as you peruse these powerful images from yesteryear?  Take a moment to savour those recollections, and then share them with the rest of us in the comments section. 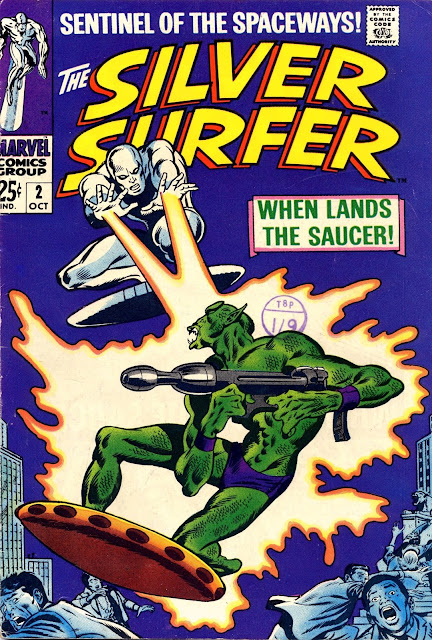 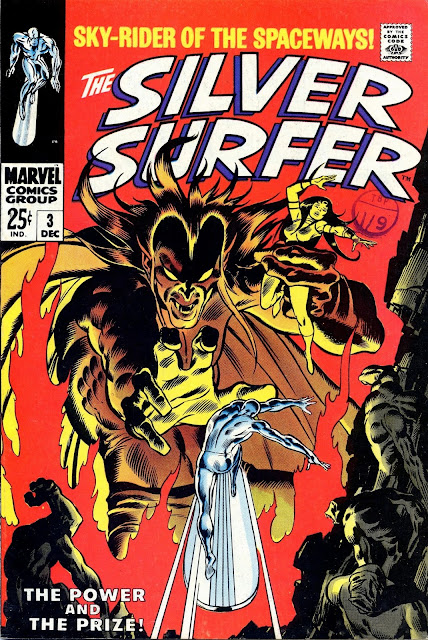 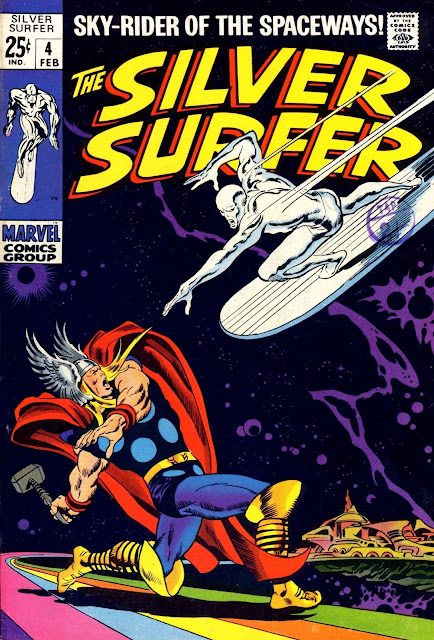 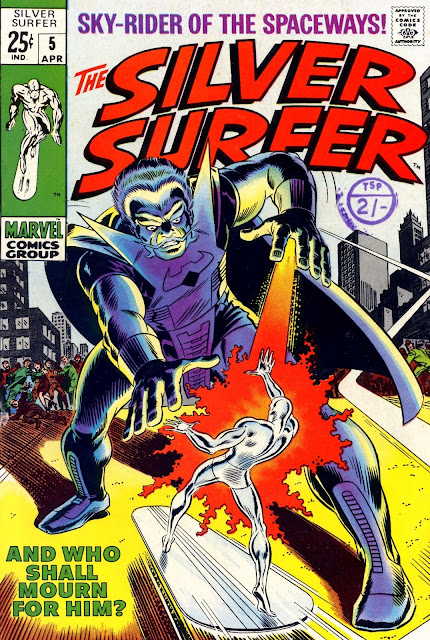 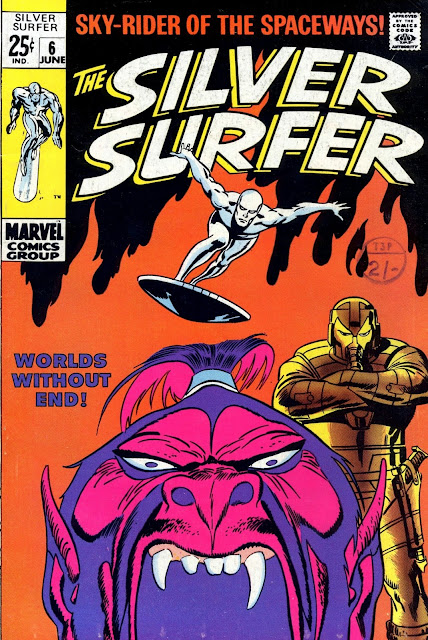 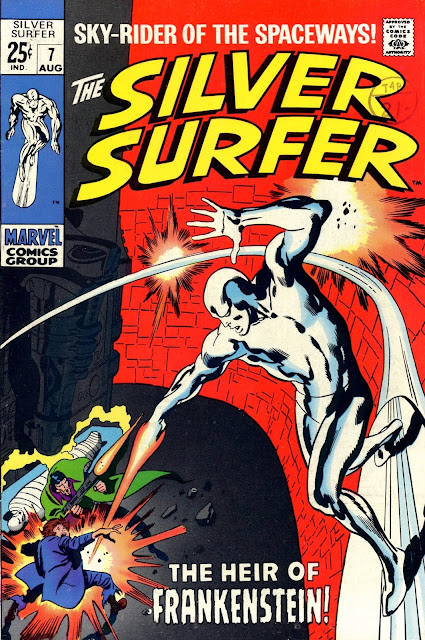 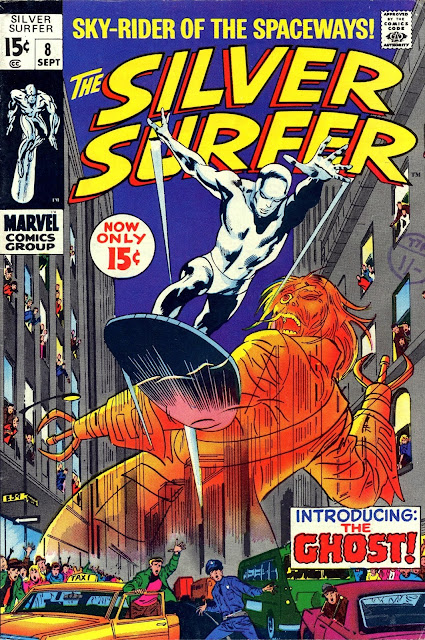 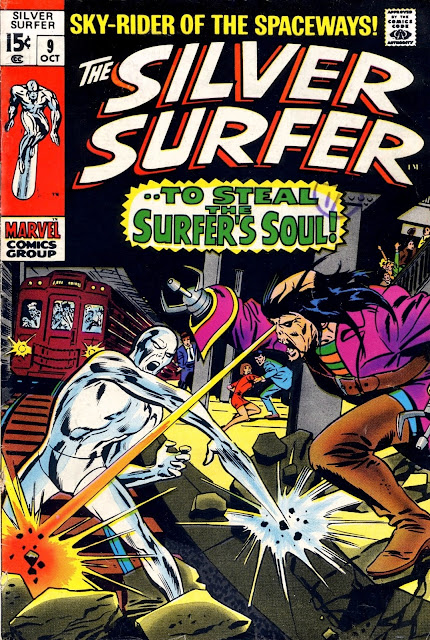 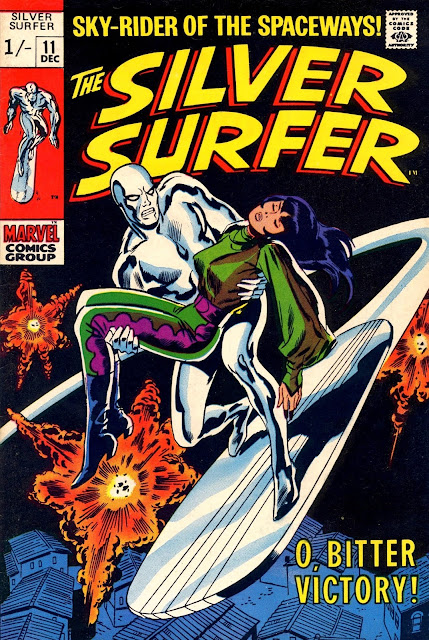 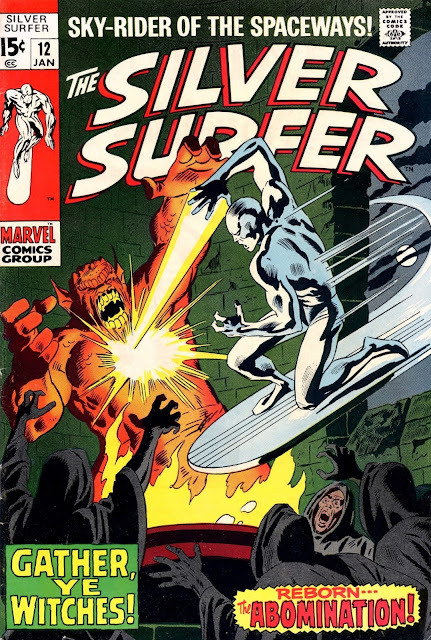 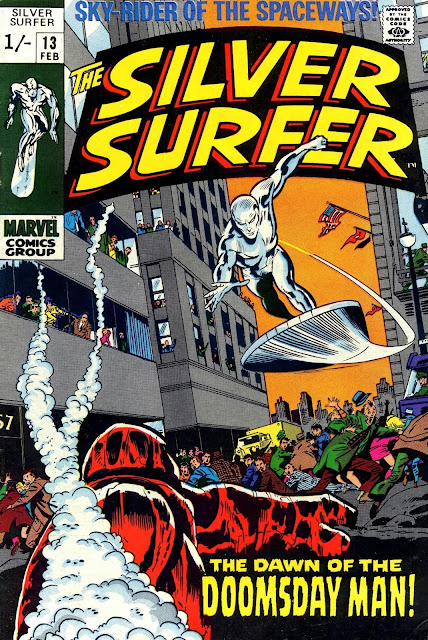 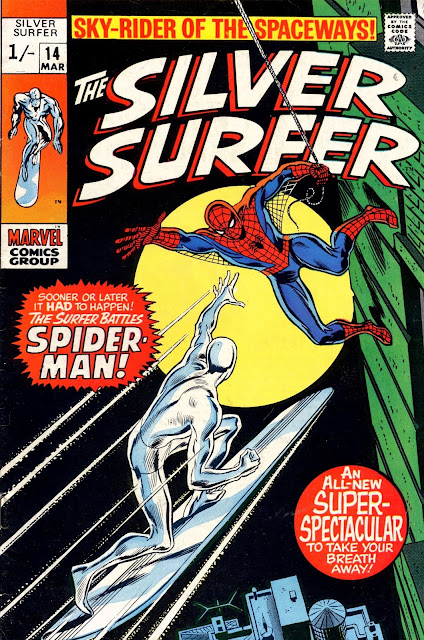 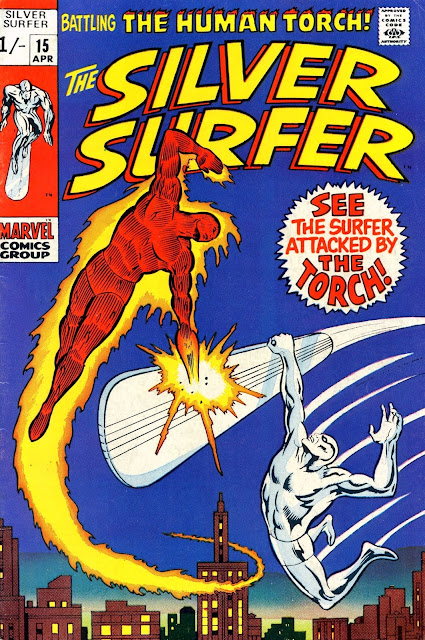 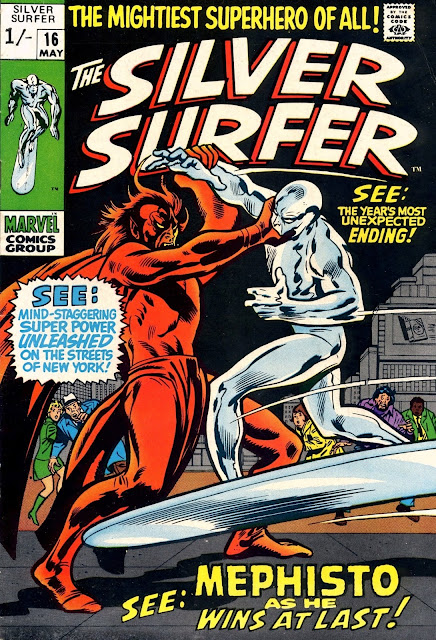 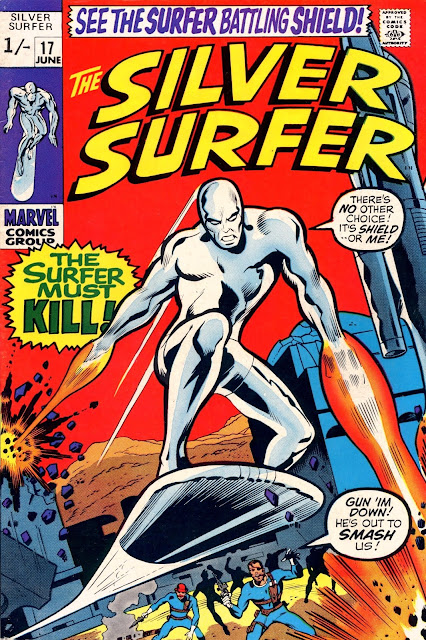 15! I think I still have that issue. Also it's my favorite cover of the bunch.

Probably my favourite comic, being a big fan of both the character and the artist - what a stroke of genius from Stan putting these two together! I bought issue 5 then issue 3 in pretty quick succession (from a second hand bookshop) so these two provoke the strongest and fondest memories from the time that they were acquired. The cover of issue four is my fave cover and would have to be one of the most iconic covers in the annals of comicdom, to use a phrase Stan would have coined. The covers of 6 and 8 are also faves with me. Only have about half the run as actual first prints and reprints but thanks to the Masterworks and digital downloads I do have the entire run. Wish the publishers would pull their collective fingers out and put the colour versions out in the Epic Series. The volumes before and after are in print but not the one covering these issues. What's the holdup? Great to see these all in one post though.

I don't think the Epic edition of the SS tales will be long in coming, PC. It's a bit of a puzzle as to why the series didn't last longer than it did. Even today, I think that most issues are a darn fine read. Perhaps it was the bi-monthly frequency and the 25c price tag that deterred readers. By the time it went monthly and lowered the price, the writing was on the wall.

There was an interview with somebody from Marvel, I think it was Roy Thomas, who recounted a conversation with Stan Lee in which Stan was very depressed about the Surfer book, it wasn't working and he didn't know how to fix it. Note that 18 wasn't planned as the last issue - it was going to be relaunched with issue 19, possibly with an actual change of title, as "The Savage Silver Surfer." I've seen it said that Herb Trimpe drew a few pages of 19 before the plug was pulled, but if that's true they've never come to light.

I think I remember reading something like that, Joe, and Stan saying that, in the end, they decided just not to do it because, on reflection, they didn't think the public would go for an aggressive Surfer. However, the disappointing sales would still have been a factor in their decision not to go ahead, I think.

I quite liked the Kirby one, the cover is dreadful though. I'm not so happy about the transition to Buscemam, the bendy fibulas and sucked in diaphragms don't quite convey stoicism effectively. I wished he'd used something a bit more like his Conan style but I suppose it was intended to emulate the Kirby's broad look.

The cover to the Kirby issue is by Trimpe, I believe, DSE. The first 2 or 3 issues, Buscema was going for the 'blockier' look, but then he started to make the Surfer more streamlined and graceful. When Kirby first introduced SS, he looked perfect, but Jack couldn't sustain the look for some reason. I prefer the look of the Surfer in #s 1-17 to that of #18, to be honest.

I got aboard the Marvel train just as Silver Surfer #1 left the station and was always completely taken by these over-sized adventures. They had scope and heft, felt more serious than much of the other stuff across the Marvel line up. Part of that was the way Stan treated the Surfer, a hero he seemed to think held great promise. That's why he let so few others handle the character for years after. The other reason was John Buscema, unleashed. His work on these Surfer books is amazing, especially the fourth issue with Thor, the first to feature the Buscema brothers together. Amazing stuff!

I prefer Buscema's leaner Surfer still to Kirby's original. In this instance, Stan got it right by making the Surfer more open to suffering than Kirby intended. It opened the character up and made him more identifiable, though he is rather mopey.

Number one I recall was the basis of the Penguin Book of Comics by George Allred http://chesscomicsandcrosswords.blogspot.com/2013/01/book-review-penguin-book-of-comics-1967.html
Anyone else had this? I did.

No disagreement from me there, Rip. Kirby's idea of the Surfer was as a created (by Galactus) being with no back story, so Stan's version at least gave the readers a character to whom they could relate.

The figure was redrawn and used as part of the cover for the 2nd edition, Phil. Both editions are on the blog somewhere.

I absolutely loved the Lee-Buscema version growing up, and the first six oversized issues hold up very well, with some absolutely beautiful Buscema art, but in retrospect I think the change to normal size and repetitive plots - the Surfer pining for Shalla Bal issue after issue; the Surfer misunderstood by the world (similar to the Hulk's problems) failed to innovate and brought the strip to a standstill. I would have loved to see what Kirby would have done with the character, particularly in the larger format. At the least I suspect Kirby would have opted for more cosmic storylines and less tales taking place on earth, as happened with Thor.

I suspect that Mephisto was overused as well, Nick, making the Surfer's 'Christ-like' character just a tad too overwhelming at times, but, overall, I think the comic usually tore along at a rip-roaring pace. Would Stan have allowed Jack to dissolve the barrier of Galactus in order to allow him to leave Earth? H'mm, I dunno. I wouldn't have minded Jack drawing the Surfer so much if Sinnott were inking him, but Jack seemed to have lost the ability to render the Surfer in a graceful way, making him seem far too stiff and blocky at times. Maybe 'cosmic' would've become boring after a while as well. Always interesting to speculate on what could've been 'though, eh?