I'm sure you all know the story, but I'll remind you anyway as there's nothing I enjoy more than the sight of my own words taking form on the screen in front of me, thereby allowing me to labour under the delusion that I'm writing something interesting that'll be the object of rapt fascination to others.

When MARVEL COMICS publisher MARTIN GOODMAN sold the company (along with MAGAZINE MANAGEMENT) to CADENCE INDUSTRIES in 1968, he secured a promise from the new owner that his son, CHIP (off the old block presumably) would continue as editorial director.  Four years later, after a long transitional period during which Martin acted as a consultant, he finally stepped aside, only to find that Cadence promptly showed Chip the door in favour of STAN (The Man) LEE.

Martin was not a happy chappie - and ATLAS COMICS was the result!  Created purely out of spite for the way his son had been treated (deservedly so, in the opinion of many), Atlas was the new kid on the block who was gonna kick Marvel's @ss. Well, that may've been the plan, but it didn't exactly pan out that way.  Around ten months later, Atlas was gone, leaving behind nothing but the memory of various short-lived comicbooks and magazines that never quite made the grade.

And that's all the excuse I need to throw a cover gallery party.  So enjoy part one of this new Crivens series, and have fun trying to recall the Atlas titles you bought back in the day.  And don't be shy about sharing your reminiscences with the rest of us. The comments section awaits you! 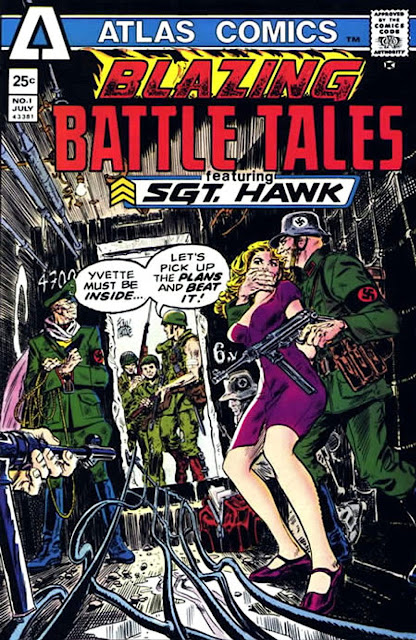 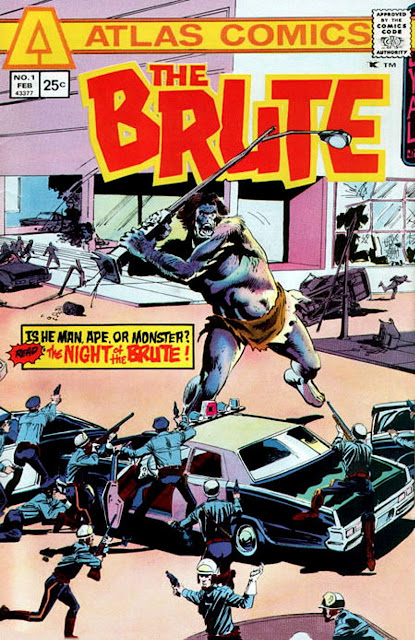 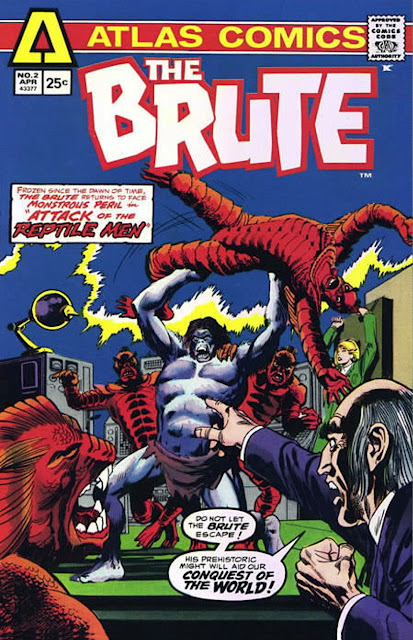 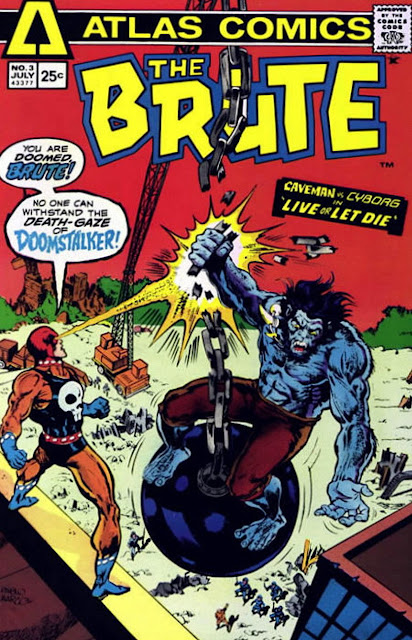 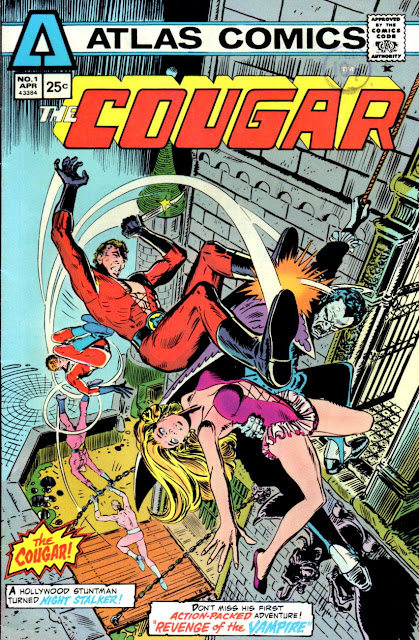 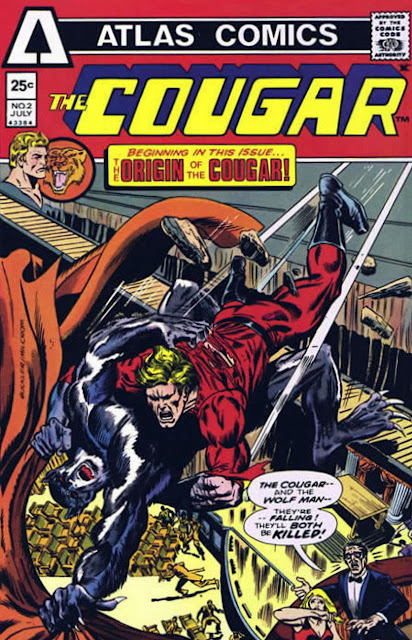 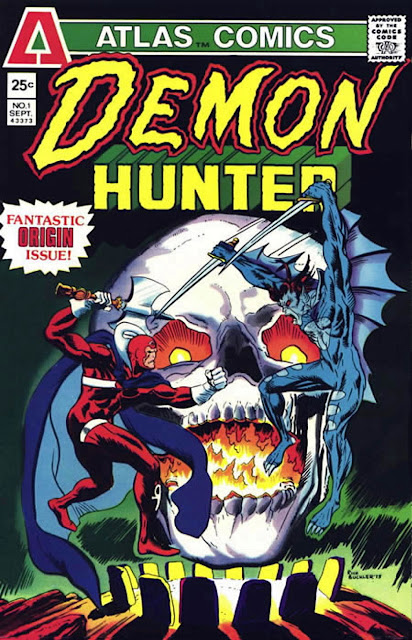 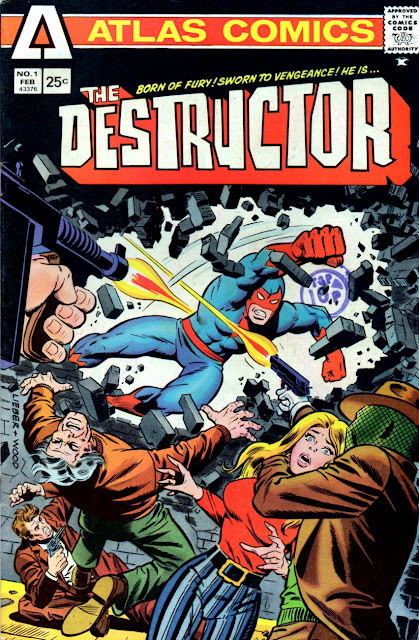 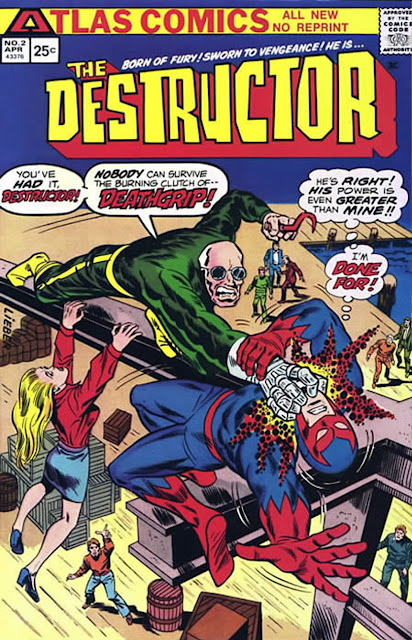 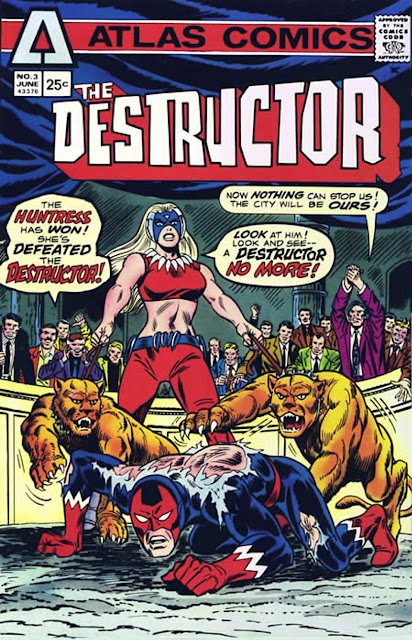 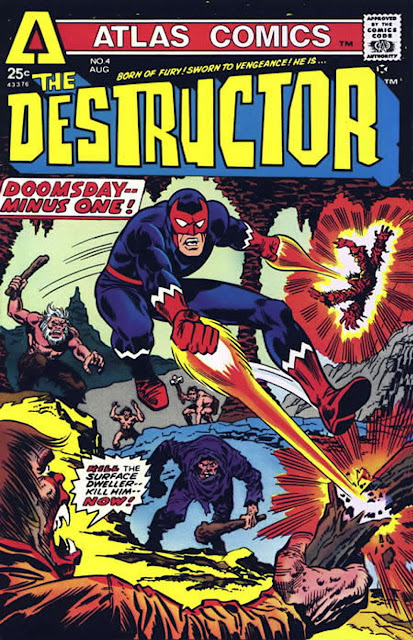 Thanks for posting these images Kid. I have a disproportionately high level of nostalgia for Atlas/Seaboard, because they popped up just as I was most deeply into comics fandom. I remember there was a huge buzz for months before the comics appeared, and very high expectations. I wrote a bit about it a few months ago, tucked away in the last two paragraphs of a blog post about something else entirely (http://forteana-blog.blogspot.co.uk/2015/11/the-department-of-fortean-events.html).

I never kept any of the A/S comics I bought in 1975, and I don't recall having any of the ones you posted here at that time. However, I did buy a nice clean copy of Demon Hunter #1 (the one and only issue I think) from 30th Century Comics, at the same time I bought the Devilina magazine I mention in the blog post.

It's a shame that they never really lived up to expectations, Andrew. The only one I ever liked was The Grim Ghost - I got the first 2 issues without ever knowing there was a third, then gave them to a pal. 35-odd years later, he gave me them back, and a short while after that I found #3 at a comic mart, finally completing the set. I'll be jumping over to that link shortly. How do you do that, by the way? I don't think I can do working links in comments.

Thanks Kid. You did see the post at the time, because you left a comment on it. If you look at the small print below the comment box it says "you can use some HTML tags" and one of the ones it lists is a. So you can just type angle bracket a href ="..." etc etc as if you were editing an HTML page.

Just left another comment over there as well, Andrew. I see the symbol, but don't seem to get a result. Can you give me the step-by-step version for idiots? You'll really need to spell it out for me.

Thanks for your comment on my blog, Kid - I've just left a reply to it. As for the "a href" thing, I can't type an example here because if it works it will just show up as a link, and if it doesn't then I've typed it wrong! So take a look at the example on the w3schools site and hopefully you will see what I'm talking about: http://www.w3schools.com/tags/att_a_href.asp

On the other hand, if you've never used HTML or other scripting languages before and you're still baffled, it really isn't important enough to worry about. You can just type the link and people can paste it into thee browser address bar.

Thanks, Andrew, I'll take a look and see if I can master it. I quite fancy the idea of being able to provide working links.

I vaguely recall having Tiger Man #1-3 and Cougar #2. The latter ended with the title character badly injured. I read somewhere that they planned for him to be paralyzed, and that the series was intended to continue with him as a handicapped hero. But, AFAIK, #2 was the last issue published.

The Blazing Battle Tales/Sgt Hawk cover emulates a cover gimmick often used by DC, with the heroes about to walk into an ambush. DC sometimes used it with superhero comics and Westerns (Batman #249, Tomahawk #113), but it was especially common on war comics, particularly Our Fighting Forces when The Losers was the lead feature.

The Brute was the result of Martin Goodman telling Jeff Rovin to do a comic like The Hulk, TC. He tried to do it in such a way that it wasn't an obvious imitation, but the fact that everyone who saw The Brute thought "This is just a Hulk knock-off" shows that he wasn't quite as successful in disguising the source as he's hoped.