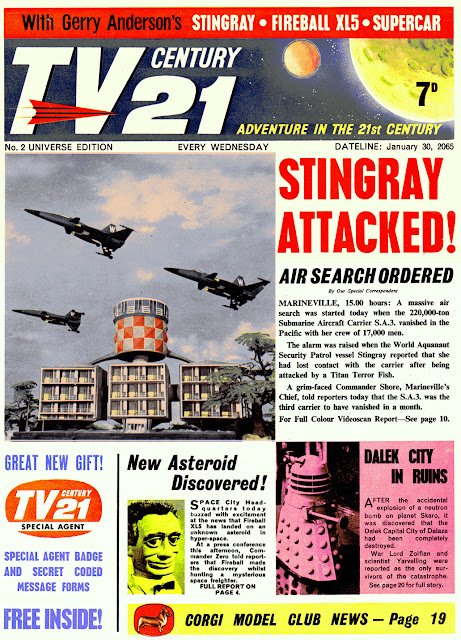 Well, you've already had number one, so why not number
two?  So here it is, the second issue of arguably the best comic for
boys of the 20th century - TV CENTURY 21.  I say 20th century,
even 'though the comic was set in the 21st, but let's not get bogged
down in seeming contradictions at this early stage.  Instead, just
enjoy these spectacular pages by some of the finest illustrators
that this country had to offer.  Superb stuff indeed. 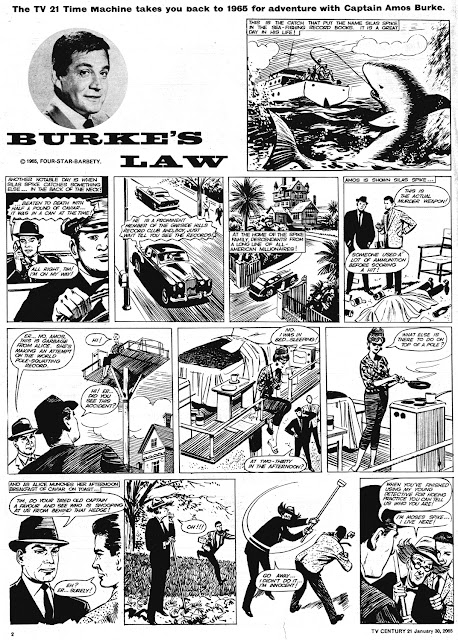 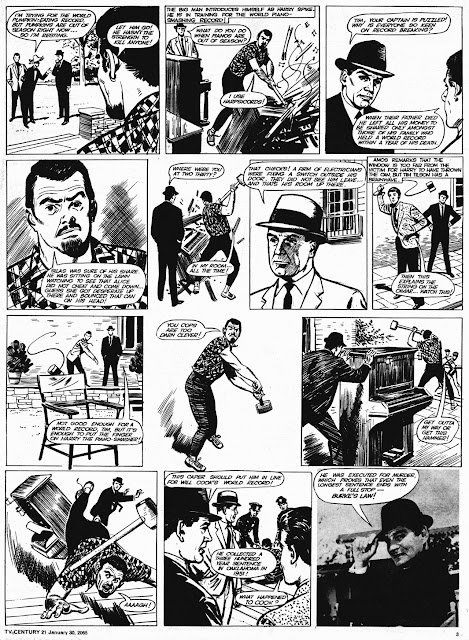 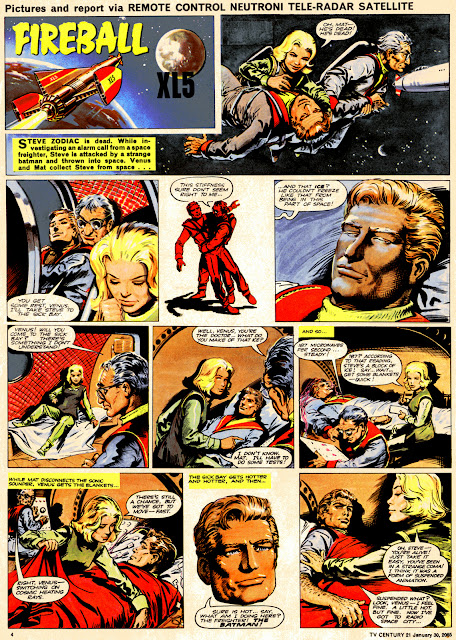 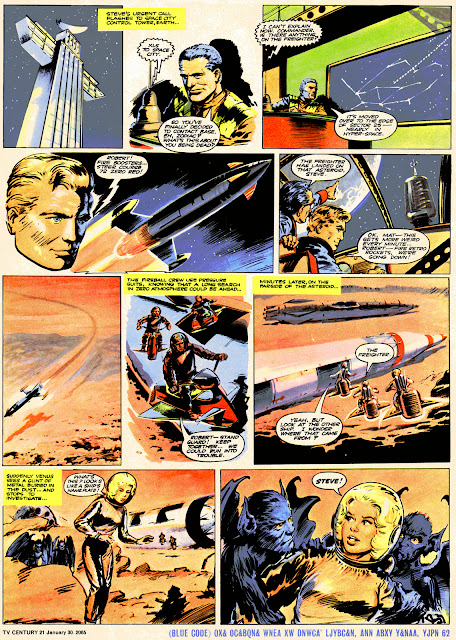 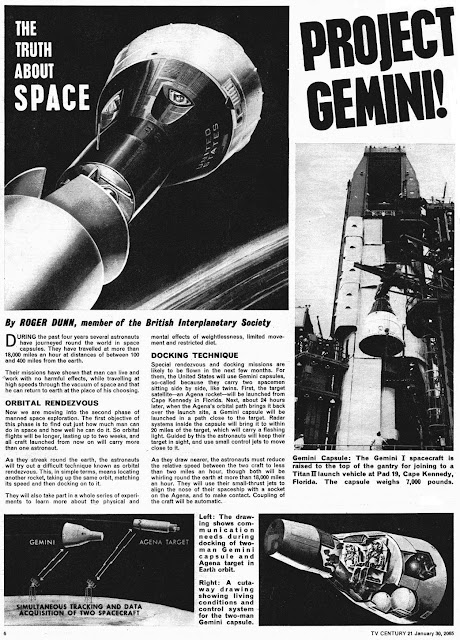 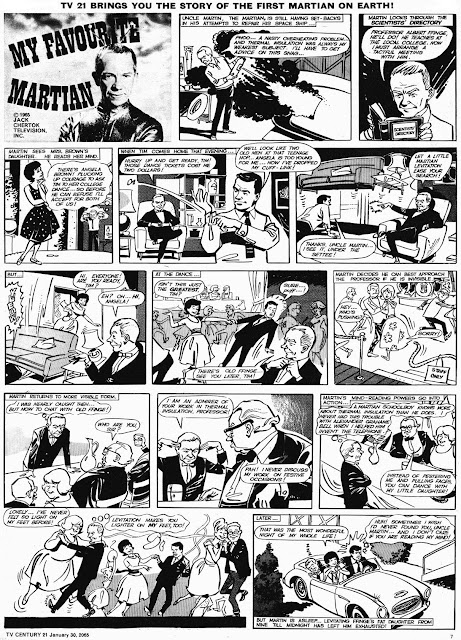 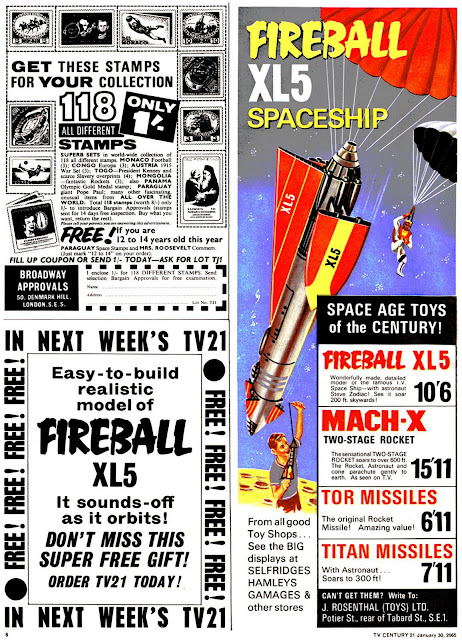 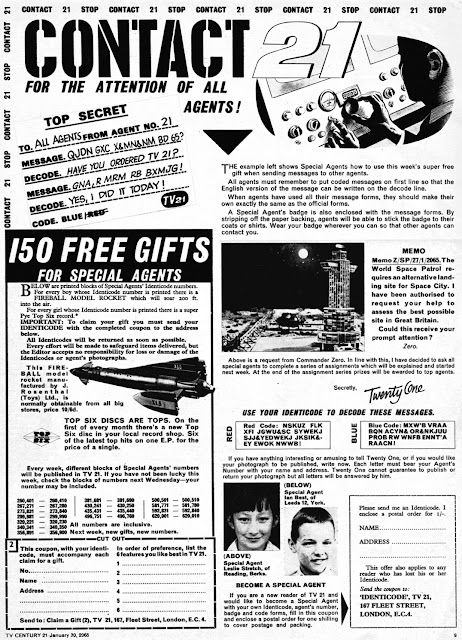 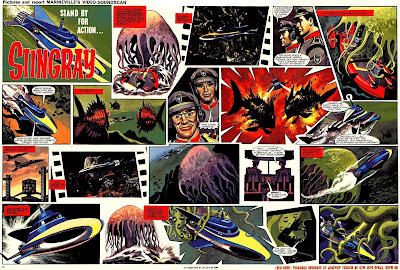 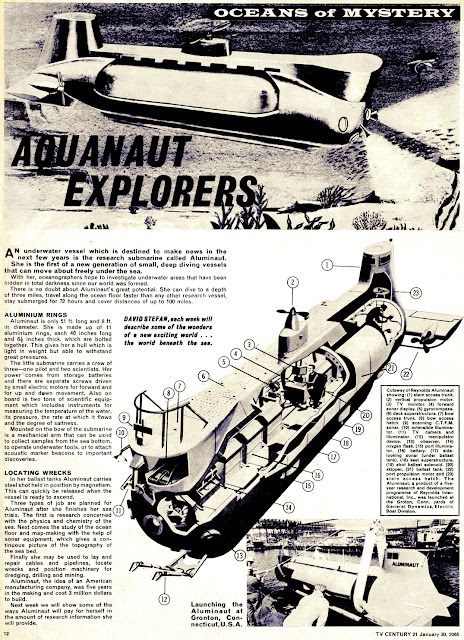 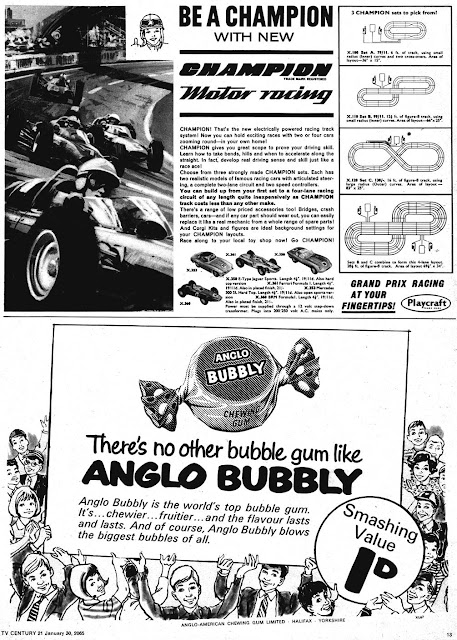 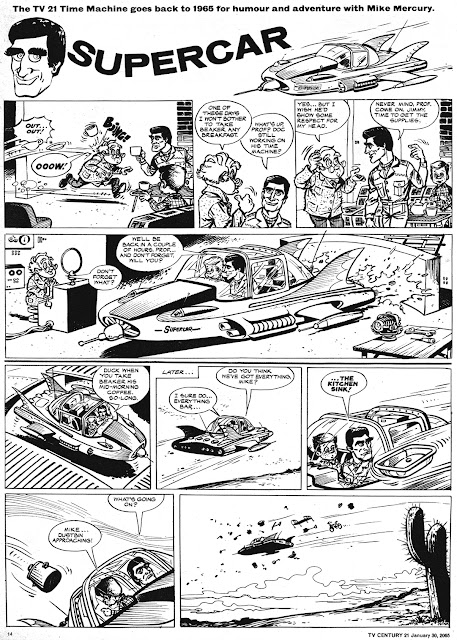 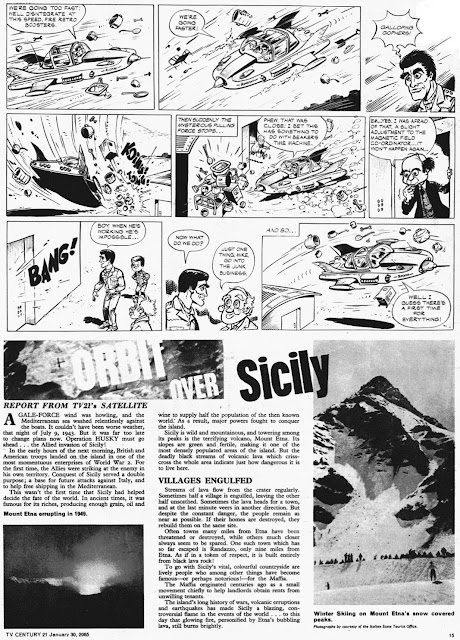 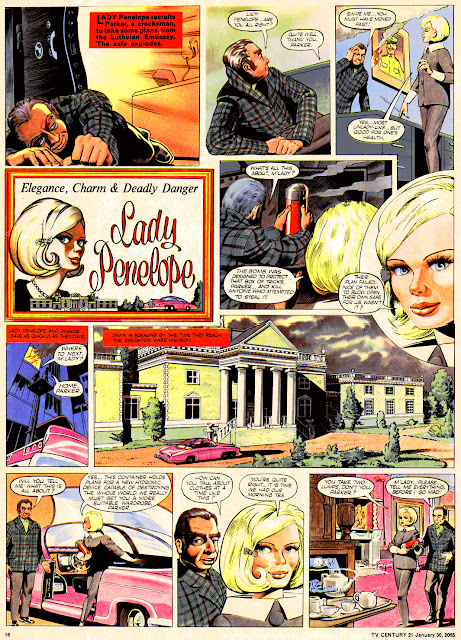 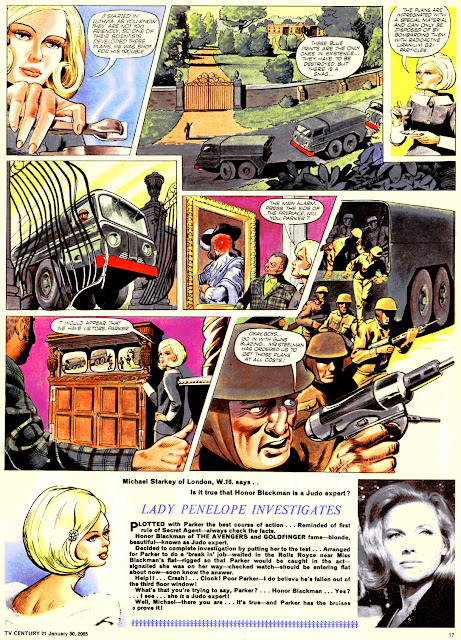 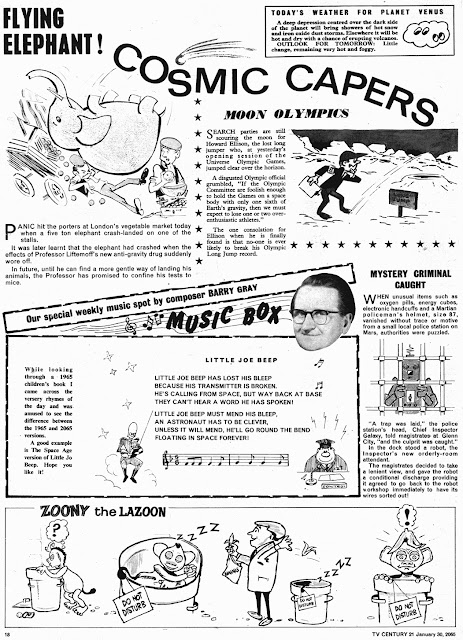 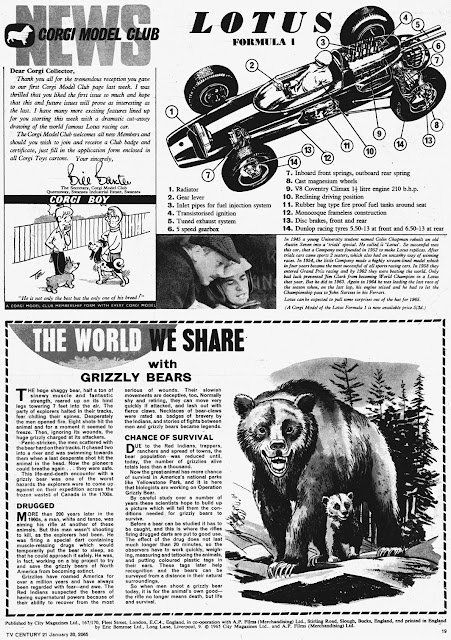 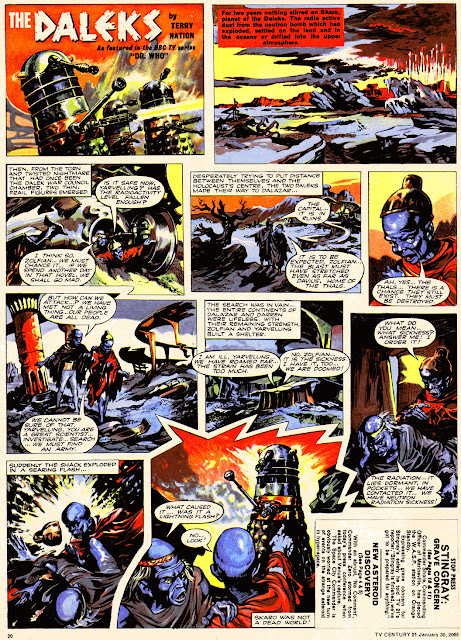 And below is a pic of the metal badge that readers would shortly be able to send away for. 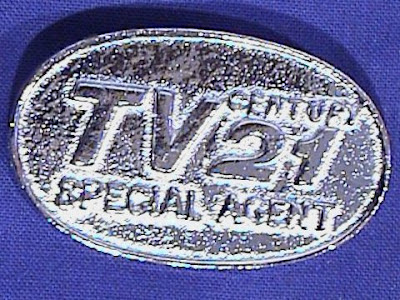 It'll always be my favourite comic, and my constant connection with Gerry Anderson's TV series during the sixties.

Amongst my collection of TV21s are the first five issues containing the Fireball XL5 strip by Graham Coton, never reprinted anywhere since first published. Although I consider Mike Noble as the definitive XL5 artist, I've got a soft spot for Coton as the episodes by him impressed themselves on my young mind when I first saw them. Truly, Scoop, TV21 was a superb comic for about the first three or four years before it went into decline.

I've got those five issues too, Kid, and you're right, there is a nostalgic quality about Graham Coton's art style on XL5. He was quite prolific from what I read and one strip I found in a softcover reprint book a long while back was a complete Space Family Rollinson story from Knockout. I understand that Coton created and drew that strip.

I once asked Alan Fennell why he hadn't started the TV21 XL5 reprints in the '90s Thunderbirds comic from the very beginning. His reply surprised me - "The art wasn't good enough!" he said. Now, Mike Noble's version was superior in style, but having seen examples of Coton's work in Look & Learn, I know that his work was usually top-notch. His Fireball strip isn't up to his usual standards, so I can only assume that he was swamped with work at the time and did his XL5 pages in a bit of a hurry. However, they made a huge impression on me at the time.

Wowsers! Thanks for this, Kid! I never did have it!
Have you ever considered doing a back page gallery? Yeah, I know I've got the Chronicles AND the Flickr downloads....BUT everyone knows your pix are the best on the net!!
:-D

Have thought about it, JP, but I'd prefer for someone to come out with a deluxe hardback Omnibus volume. Never say never 'though.