Anybody remember TV detective MANNIX?  Surely LOMAX was going for a similar-sounding name? Anyway, LARRY LIEBER, younger brother of STAN LEE, reminiscing about his time at ATLAS/SEABOARD, pointed out that owner MARTIN GOODMAN put him in charge of the black and white magazine side of things, while JEFF ROVIN, who'd filled that role at WARREN, was responsible for the colour comics line, which Larry had more experience in.

Did it make any difference to the end product?  I doubt it.  A comic's a comic, whether it's in black and white or colour, and the main problem Atlas faced (in my view) was that the line was launched at the wrong time, as comicbook sales were in general decline in the '70s.  DC suffered an 'implosion' just a couple or so years later, so it was hardly an ideal period for launching so many new titles and swamping the market.  Besides, Larry ended up in charge of both sides when Jeff Rovin left after only a few months.

Of course, another huge problem was that most of the stuff simply wasn't very good, being not much more than second-rate MARVEL knock-offs.  Disagree?  Then let's read what you have to say in the comments section so that we can have a rollickin' big punch-up over it.  It's good to fight - er, I mean talk!

More Atlas covers to come in future instalments, Criv-ite chums.  Be sure not to miss them or I'll come around to your house and push doggie-poo through your letterbox. (In a kind, caring and considerate way of course.) 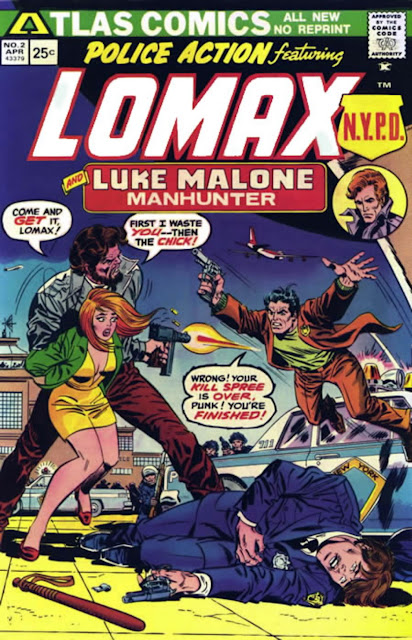 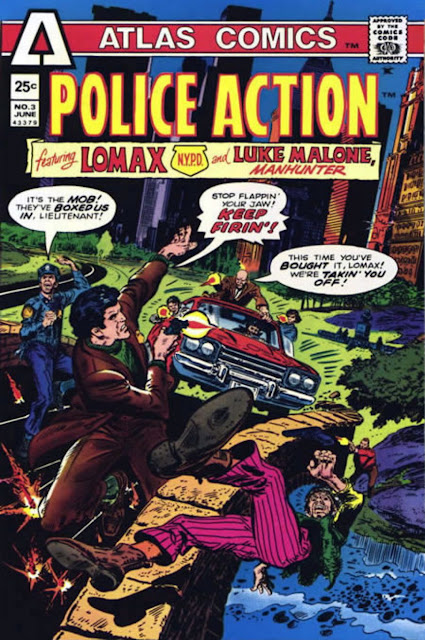 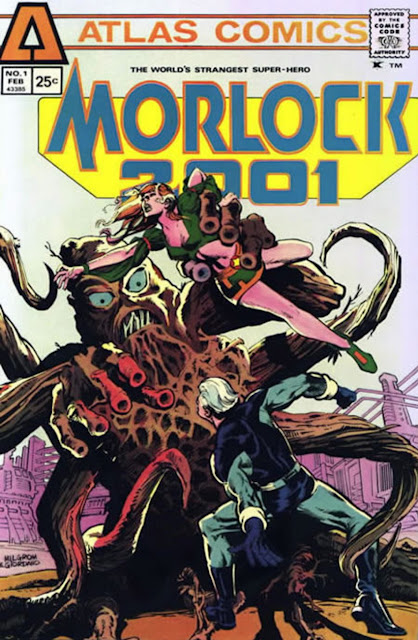 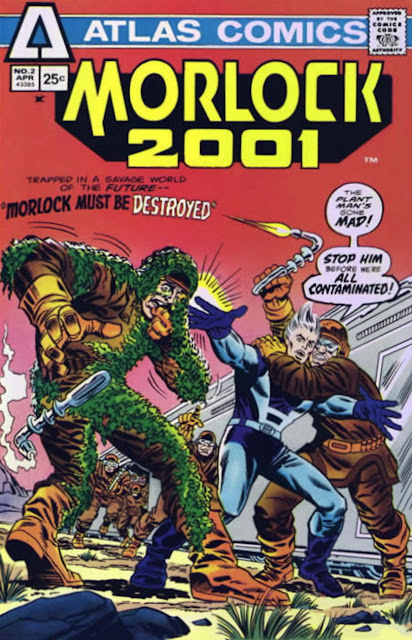 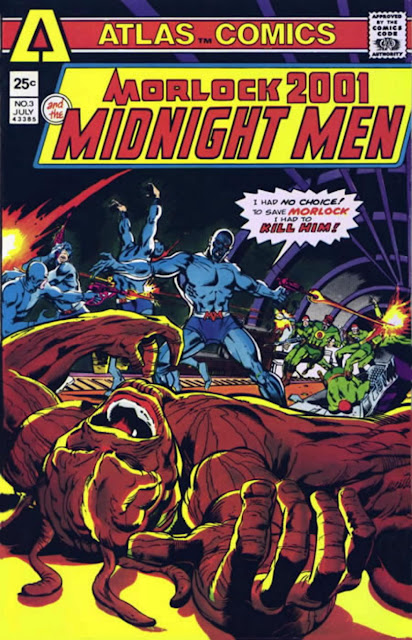 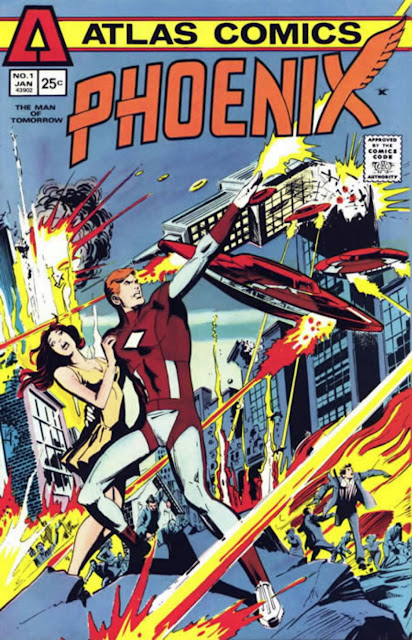 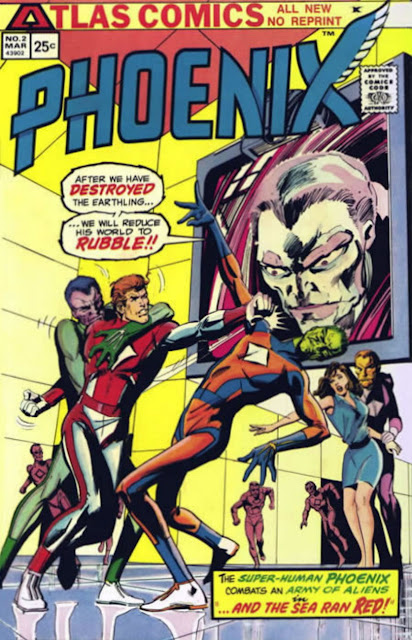 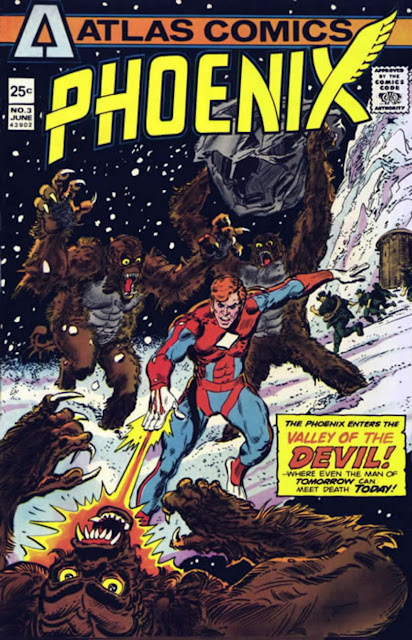 With Phoenix, they changed the name and costume when what they really needed to do was get rid of those aliens and bring in some different villains.

With Police Action, one problem may have been that the comic book fans wanted costumed superheroes, and had no interest in more realistic genres. And fans of the "tough detective" stuff that was popular in movies and TV (Dirty Harry, French Connection, Baretta, Kojak, Mannix) did not read comics.

The strange thing is, it took around three or four issues before they knew how the mags were selling, so to make changes so soon didn't really make any sense. For all they knew, they could've had a hit on their hands. Dunno if I'd agree with your second point, TC, 'cos I like tough detective films and TV shows, AND I read comics. Fact is 'though, Goodman was just trying to crowd his competitors off the comic racks, hence so many titles.

Finally you've posted several Atlas comics I do remember buying at the time! They're all pretty good covers and decent concepts (for that era) which should have gone down well. So there must be more to a successful comic than a good cover and a decent concept.

I guess they just weren't different enough to what Marvel and DC were already doing, Andrew. And apparently the distributor was a fourth rate one, and many people claim that the comics were hard to find in their area (in America). Although, if true, that's strange, because they reached these shores without much bother.

Yes - and I had proof of that this very morning when I went to a local collectors' fair. They didn't have many comics - just a single box of bronze age titles - but that did include two Atlas comics: issues #1 and #2 of Planet of the Vampires, both in vg+ condition. I snapped them up for a pound each!

From what I've seen of them on eBay, Andrew, they don't seem to command high prices (of course, there'll be some dealer who's asking a small fortune for them), so they don't seem that collectable to most people. I'd imagine the black and white mags are more popular (and expensive) 'though.