They say that when you're dying, your life flashes before your eyes -
but there's a far less drastic (and not so final) way to achieve the same
effect.  Simply flick through the pages of the comics you got as a kid (if
they're still in your possession) and you'll find yourself transported back
in time to when you first acquired them, with such clarity that you not
only remember the past, but can see, feel, smell and taste it as well. 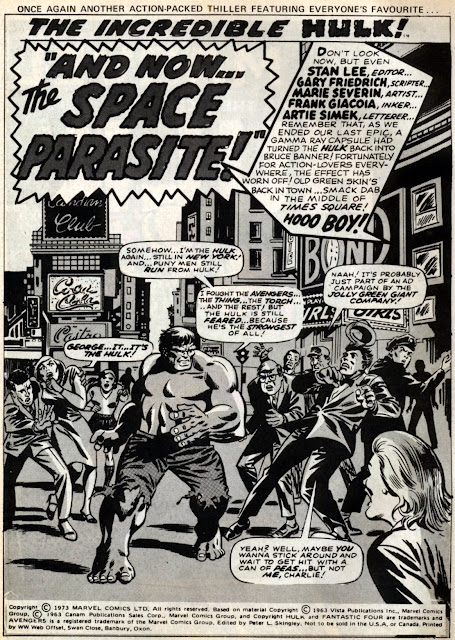 Such is the case with The MIGHTY WORLD Of MARVEL
#51.  Look at the cover.  See the stars twinkling in the night sky?  One
look, and I vividly recall the September evening when myself and one of
my pals found ourselves crawling over the slated rooftops of a centuries-old
public house in search of adventure.  I can remember the sudden thrill when,
underneath us, someone suddenly emerged from the backdoor of the bar to
obtain a fresh keg, while we hugged the roof and hoped that they wouldn't
glance upwards.  Surely 'twas the exact same stars that shone down on us
that night as sparkled from the cover of this comic from childhood,
which I had bought the selfsame morning in 1973? 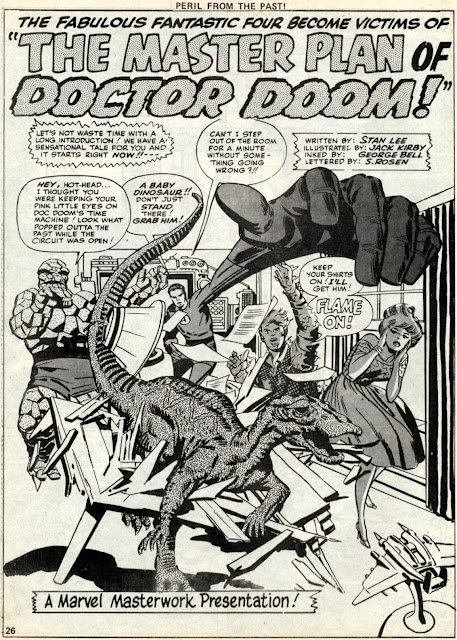 Looking again at an old comic is much like rereading a half-forgot-
ten diary entry, in as much that it invigorates the memory and spans
the bridge between past and present, allowing us - for however brief
a period - to revisit times and places from so very long ago.
Posted by Kid at Tuesday, January 19, 2016