Ten more ATLAS/SEABOARD covers for you to swoon over, frantic ones, in the continuing series of the short-lived run of titles from the mid-'70s. MARTIN GOODMAN decided to go toe-to-toe with MARVEL and DC, but he lost by a knockout - his own.  Some people think that Goodman started his new version of Atlas simply as a promising business venture, and not because CADENCE (to whom he's sold Marvel) didn't keep his son on as editorial director, but I think it's unlikely.

He'd sold his publishing empire just a few years before for some serious dosh, so why would he want to use that money to start another comics and magazine publishing company - unless, of course, there was also a personal score to settle?  It's said that he treated his son, CHIP, worse than a minion, but Cadence, in reneging on their verbal agreement, not only insulted his son, but, more importantly, treated Goodman Senior himself with contempt.  The gauntlet had been flung.

Given the results ten months later, he probably wished he hadn't been so impetuous and thrown all that money away.  Even if he could afford it, it's a certainty that, on reflection, he'd have preferred to put it to better use.  But his loss was our gain, in that, for a brief period in the mid-'70s, comic fans had something to get excited about - at least 'til we saw the results of what we'd so keenly anticipated in the run-up to Atlas unleashing their plethora of titles on an eagerly waiting world.

If only more of them had been worth the wait. 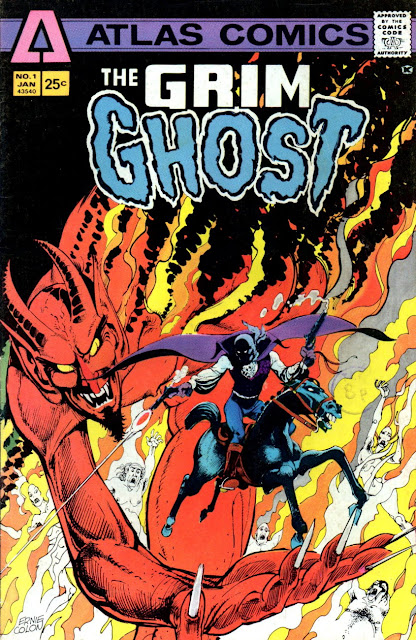 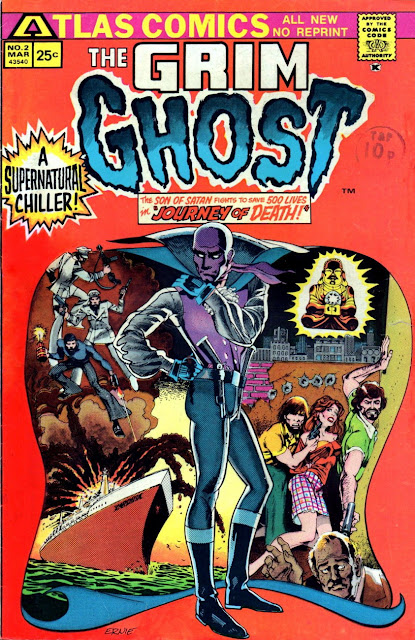 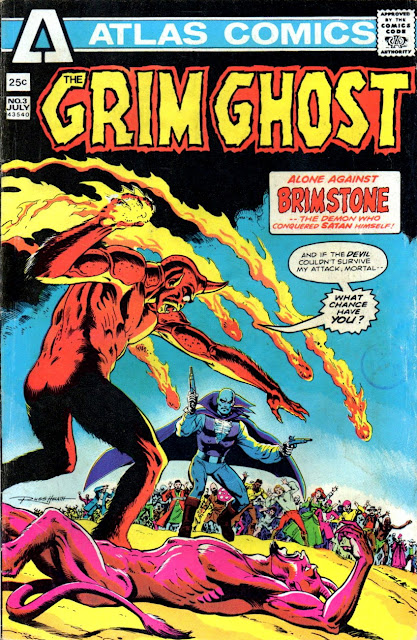 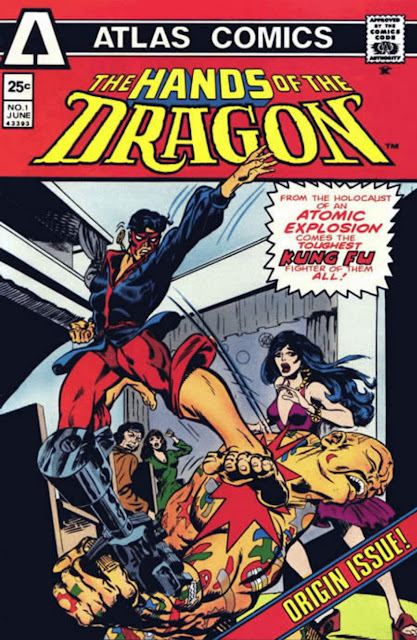 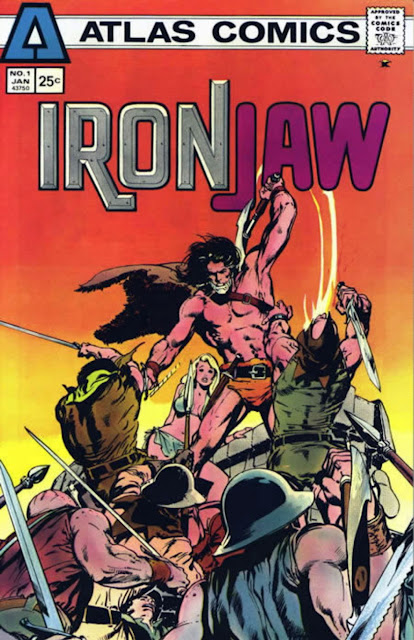 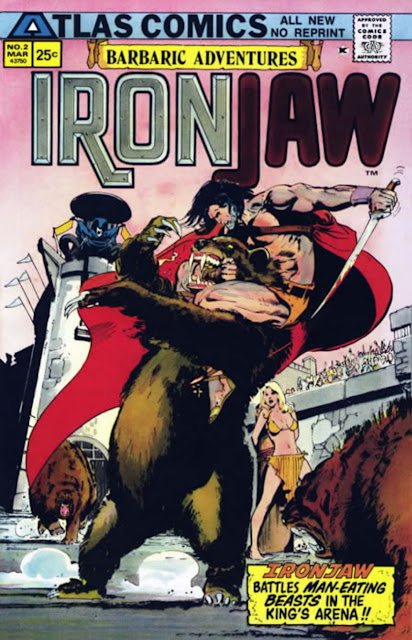 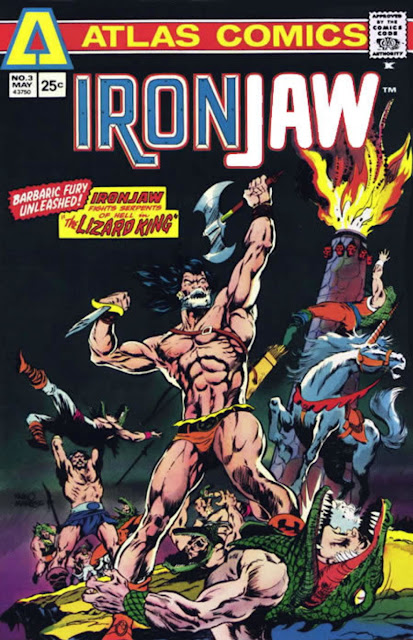 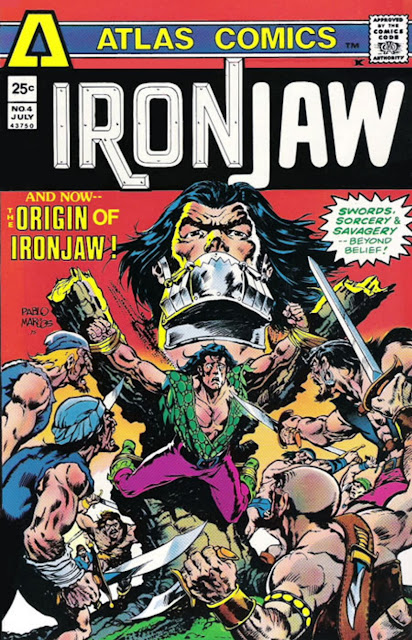 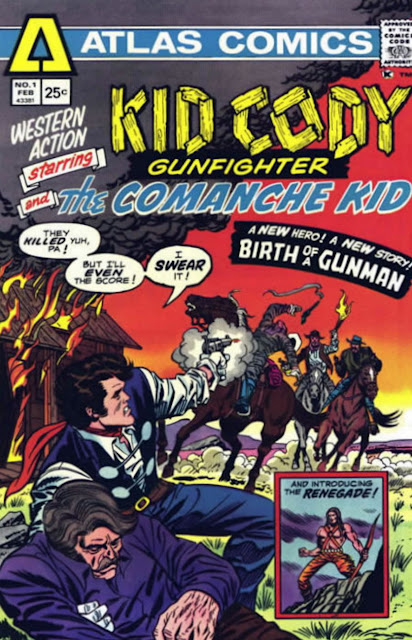 Thanks for Part Two, Kid. You mentioned in a comment on Part One that you liked the Grim Ghost best - it certainly looks good so I might track down an issue or two.

Apparently Goodman poached two editors from his biggest competitors - Larry Lieber from Marvel and Jeff Rovin from Warren. Larry had spent his whole career working on colour comics (in the shadow of his big brother), while Rovin only knew about black and white magazines. So Goodman put Larry in charge of the Atlas-Seaboard black and whites while Rovin was left to look after the colour comics. If only he'd done it the other way around (as any sensible person would) the whole thing might have worked out very differently!

That info is the content of part 3, Andrew. Now I'm going to have to rewrite it - snarfle, farfle, furshlugginer fortean fluffle-puffles.

Presumably, if Goodman had been mayor of New York City, he would have appointed a police officer to be the fire chief, and a firefighter as police commissioner.

Grim Ghost may have at least had some originality. Almost everything that Atlas/Seaboard published seemed to be derivative, either imitating Marvel or exploiting the latest trend. Hands of the Dragon was an obvious attempt to jump on the kung fu bandwagon (there was a fad for martial arts movies in the mid-1970's), and Kid Cody sounds suspiciously similar to Marvel's Kid Colt. And Ironjaw, like Wulf, was imitative of Conan and the other barbarian heroes.

He was trying to outdo Marvel, and I guess he thought the best way to do that was to do mags that looked like Marvel ones. Too much too soon was probably what doomed Atlas at the end of the day.