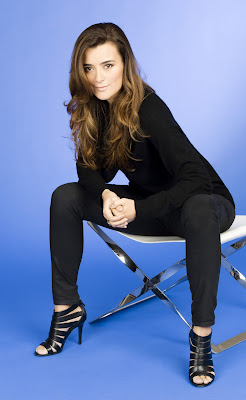 "So much for this new toilet design,"
thinks COTE DE PABLO.  "There's no
hole in the seat or any plumbing to flush it
all away."  Not that it matters much as she's
forgotten to drop her kecks anyway.  I'd
wash 'em out as soon as you can, luv.
Posted by Kid at Monday, August 31, 2015 2 comments:

This was the third merged issue of FANTASTIC & TERRIFIC, and
the reason it stands out in my memory is because I remember seeing it
lying on a newsagent's counter in the local shopping area of the neigh-
bourhood next to mine.  I don't think I bought it then, but acquired it
later, probably in a bunch of Fantastics that a friend gave to me.

Whenever I look at this cover today, I'm back in that dingy, old-
fashioned newsagent's where I bought many a comic in the days of
my youth, way back in the swinging '60s.  I visit there often, but only
in memory, alas.  What memories, if any, does this particular cover
summon forth for you?  Reveal all in the comments section.
Posted by Kid at Monday, August 31, 2015 11 comments: 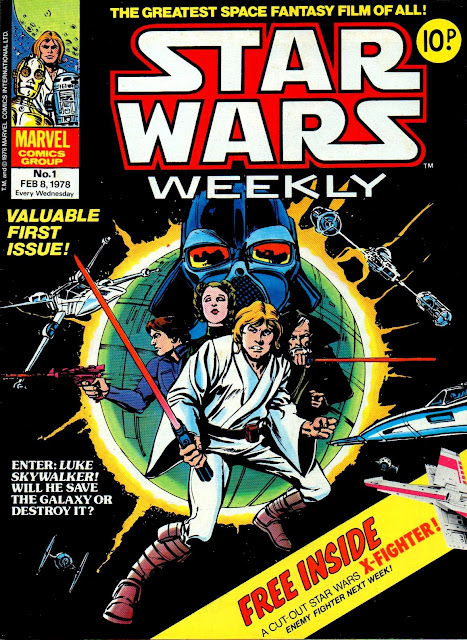 STAR WARS - the comic that saved MARVEL.  Not the British
edition you see above, but the American one.  Apparently, Marvel's
fortunes were on the wane and if it hadn't been for them acquiring the
rights to GEORGE LUCAS's space fantasy epic,  they may not have
been around for DISNEY to acquire a few years back.

Funny how these things work out, eh?  The Marvel U.K. weekly
didn't have quite the impact as the U.S. monthly, but I think we can
safely assume that it did okay for itself.  The Force was with it!
Posted by Kid at Monday, August 31, 2015 10 comments:

BABE OF THE DAY - CINDY CRAWFORD... 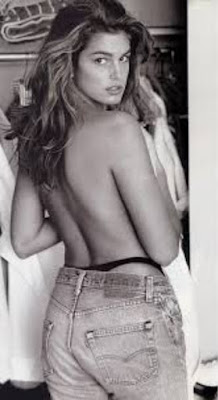 Okay, you've had more than enough time to comment on my artwork, so, given the few responses I've received, most of you clearly think it's sh*te.  Never mind, here's a picture you won't turn up your noses at - the crackin' CINDY CRAWFORD!
Posted by Kid at Monday, August 31, 2015 2 comments:

NOT JUST A LETTERER...


It's not generally known, but although I was primarily a lettering artist throughout my 15 year career in comics, my original ambition was to be an adventure comic strip artist.  I started lettering simply to get my size 9s in the door, but when I saw that I could earn more as a letterer than as an artist (on account of being faster at the former than the latter), I stuck mainly with the lettering.

However, I did a bit of drawing as well, adding to panels when re-sizing IPC comic libraries, and doing occasional spot illos when the opportunity presented itself.  I also worked as a restoration artist on some MARVEL MASTERWORK volumes, re-inking and even re-creating JACK KIRBY art, which was a huge thrill for me.

However, my frank and forthright views on this blog on the current state of the British comics 'industry' (hah!) has brought me in for criticism from some quarters, with a few disgruntled individuals dismissing me as "only a letterer" and a "Kirby tracer".  Thing is, I got my first paying gig as a cartoonist when I was still at school, and have produced artwork for publication (for which I was paid) since even before (during and after) I started freelancing for IPC/FLEETWAY, MARVEL COMICS (and others).
So here are a few examples of my artwork ranging from my teenage years right up to adulthood.  Quite a few are professional pieces I was paid for, some were freebies for people I know, and the remainder were done for my own amusement.  I've shown them all before at various times, but it can't hurt to remind people that I'm certainly more than "only a letterer".  Funny how some people who work in comics mistakenly imagine that it's the only legitimate outlet for an artist's work, eh?

Wow!  This is one of the fastest visited posts in my blog's history - and quite a number of them via proxy servers and 'detour' routes too.  (Must be from people who don't want me to know they've looked.)  And yet, no comments so far.  Don't be shy now;  tickle my ego by telling me what I know already - some of these images ain't half bad at all! 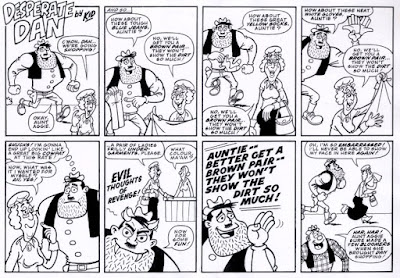 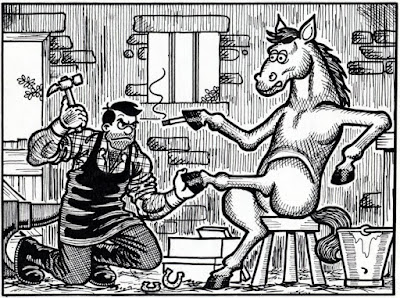 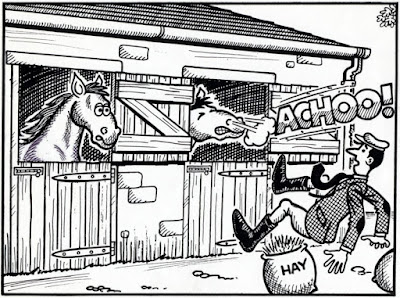 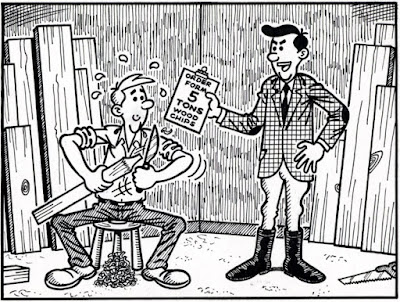 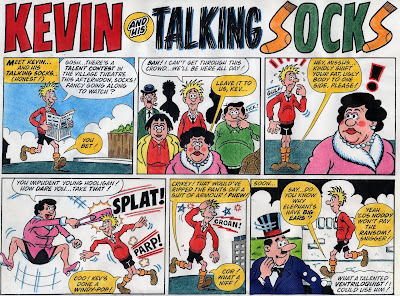 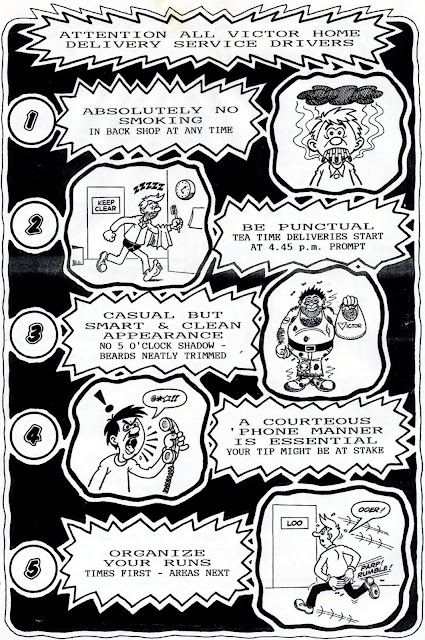 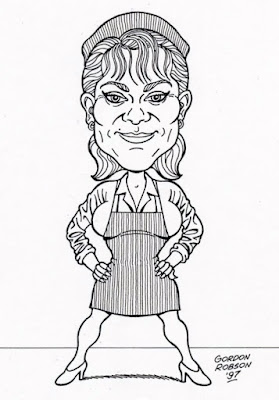 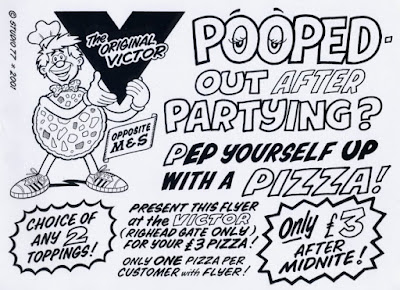 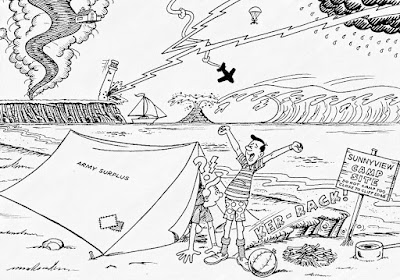 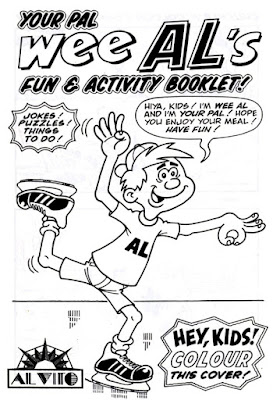 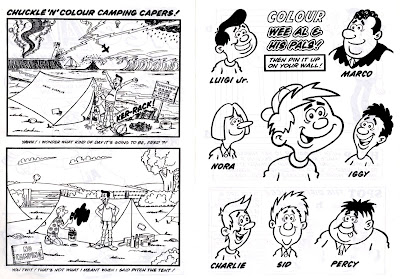 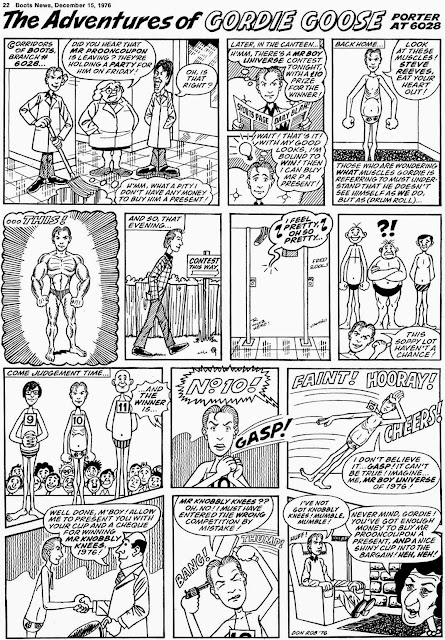 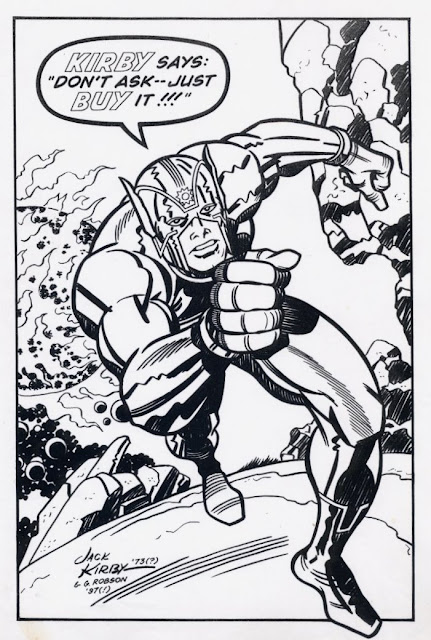