DOES THIS HAVE THE X-FACTOR? THE OFFICIAL MARVEL INDEX PART ONE...

The very first MARVEL Indexes (or Indices, if you prefer) were published by PACIFIC COMICS DISTRIBUTORS around 1976-'82 and then by MARVEL COMICS themselves, who've issued various versions over the years.  Two of the best were The X-MEN and The AVENGERS series in 1987, the former being six issues and the latter seven.

What distinguished them from earlier and later versions was the fact that the cover reproductions were printed almost full-size, and the odd variation aside, were mostly faithful to how they'd been originally published.  They also sported some nice new cover art, and 'pin-up' splash pages by various then-current Marvel artists.

Have a look at the first three and, if you like them, let me know and I'll post the other three;  then perhaps I might let you have a peek at The Avengers Index.  Go on - whaddya say? 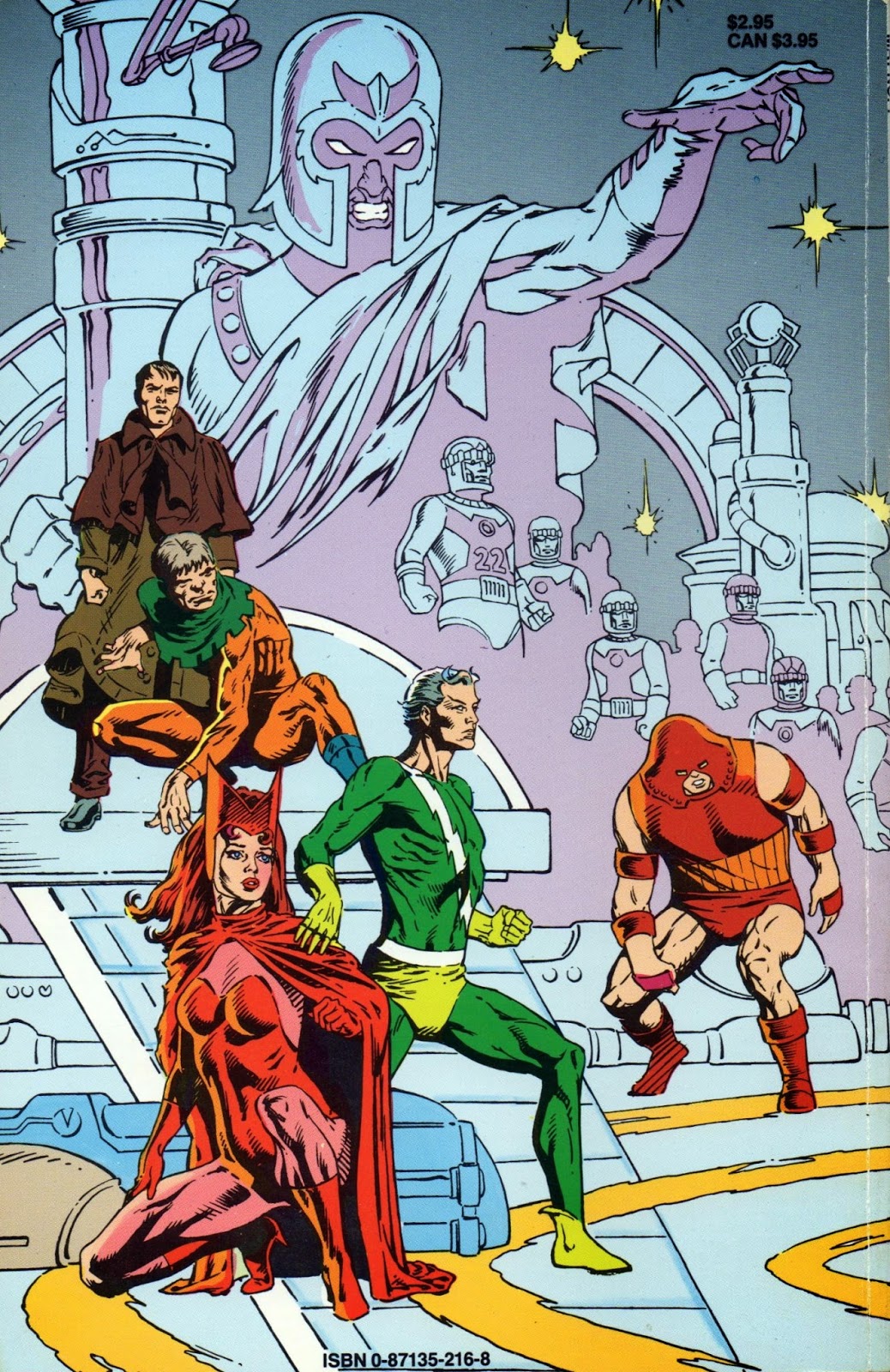 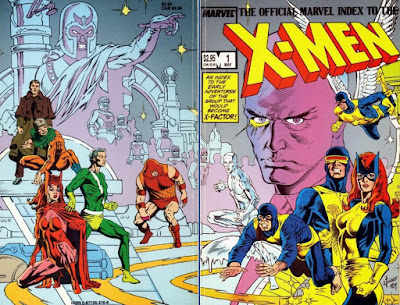 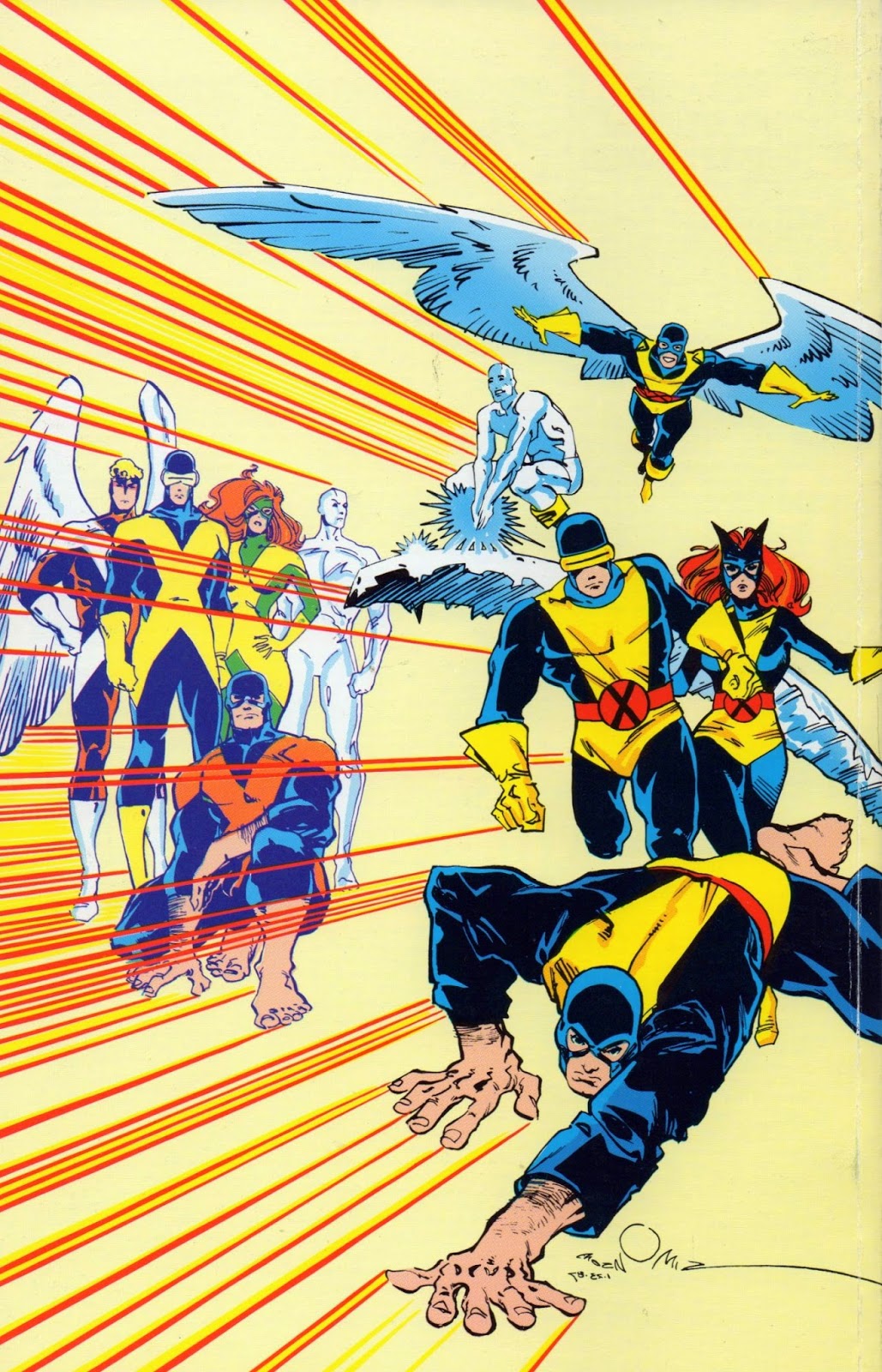 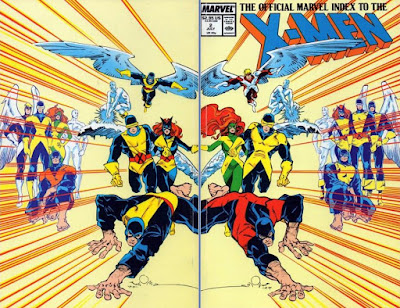 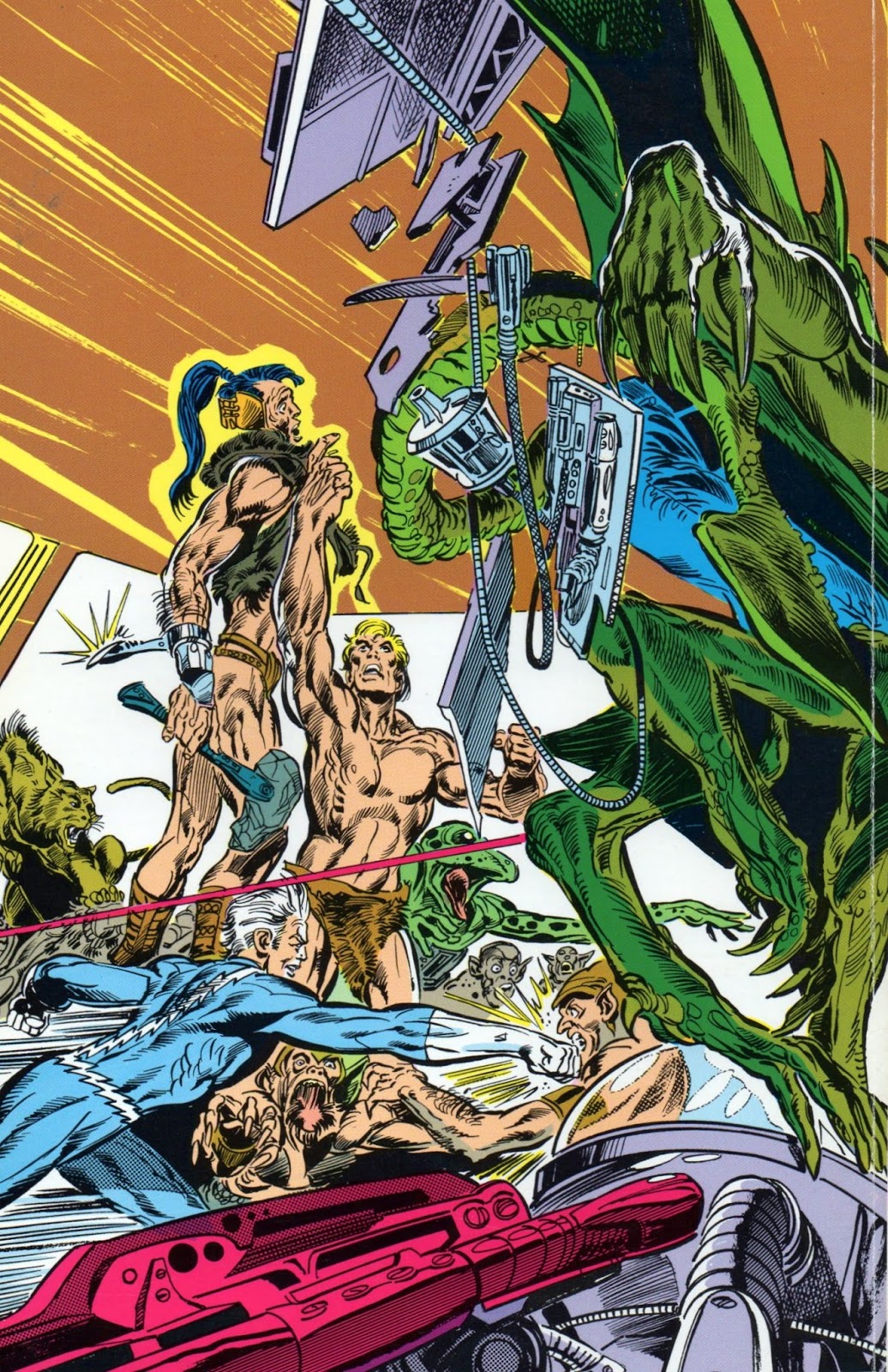 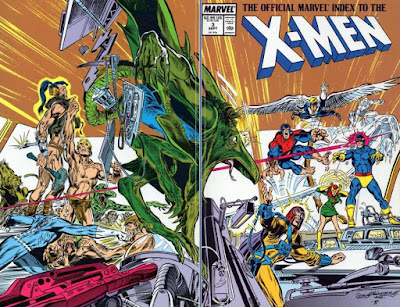 I bought the first Pacific index, but so much has happened since then. At that time it was my favourite book since the Over street!

I must confess that I prefer the almost full page size cover reproductions to the much smaller ones in the Pacific and later Marvel versions.

But didn't the Pacific X-Men index have a brilliant ( JB? ) cover?
Anyway, I, for one, would love to see all of the X-Men & Avengers indexes please.

Oops, another comment I missed at the time. If I haven't already done it, JP, it'll eventually happen.