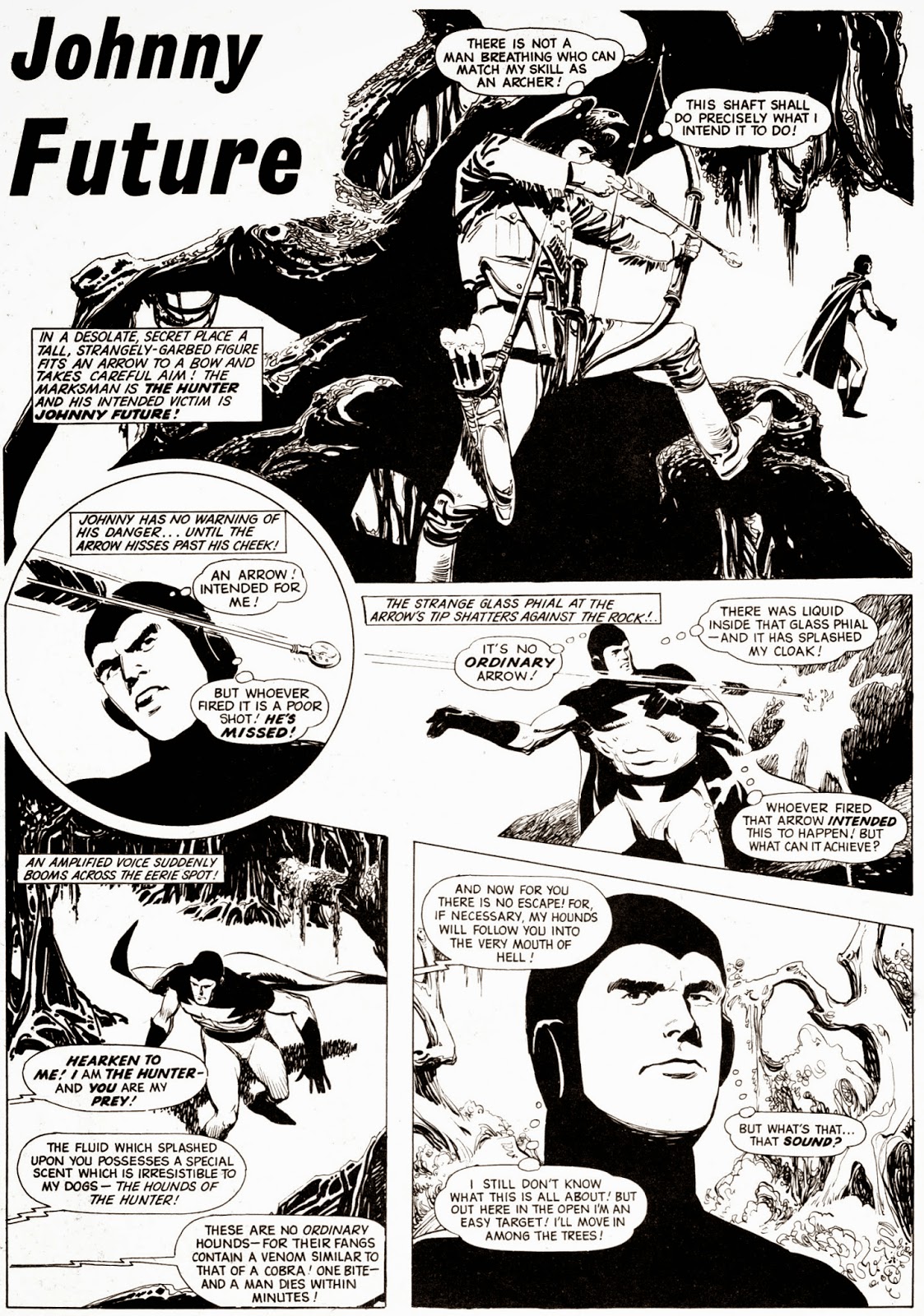 Sharp-eyed readers who own any issues of FANTASTIC that these
JOHNNY FUTURE instalments originally appeared in, may have noticed
that they've been 'tidied up' slightly from the published versions.  The process
involves removing prominent printing blemishes and age-discolouration to
make them appear as fresh and new as if they were issued only yesterday,
rather than 47 years ago.  After all, LUIS BERMEJO's spectacular
art deserves nothing less than the best , I'm sure you'll agree.

Incidentally, I post these stories merely to maintain interest in the
character and, even 'though I have all the original issues, I'd buy a deluxe,
hardback Omnibus edition of the tales if one were to become available.  I don't
financially profit in any way from presenting JF's adventures, so therefore I'm
not depriving whoever may own the copyright of any money.  On the contrary,
by helping to keep alive interest in the character, I may well be creating a
ripe field for harvesting should the copyright holders ever get around
to producing a collected edition.

So, hands up - who'd buy one if it were to become available? 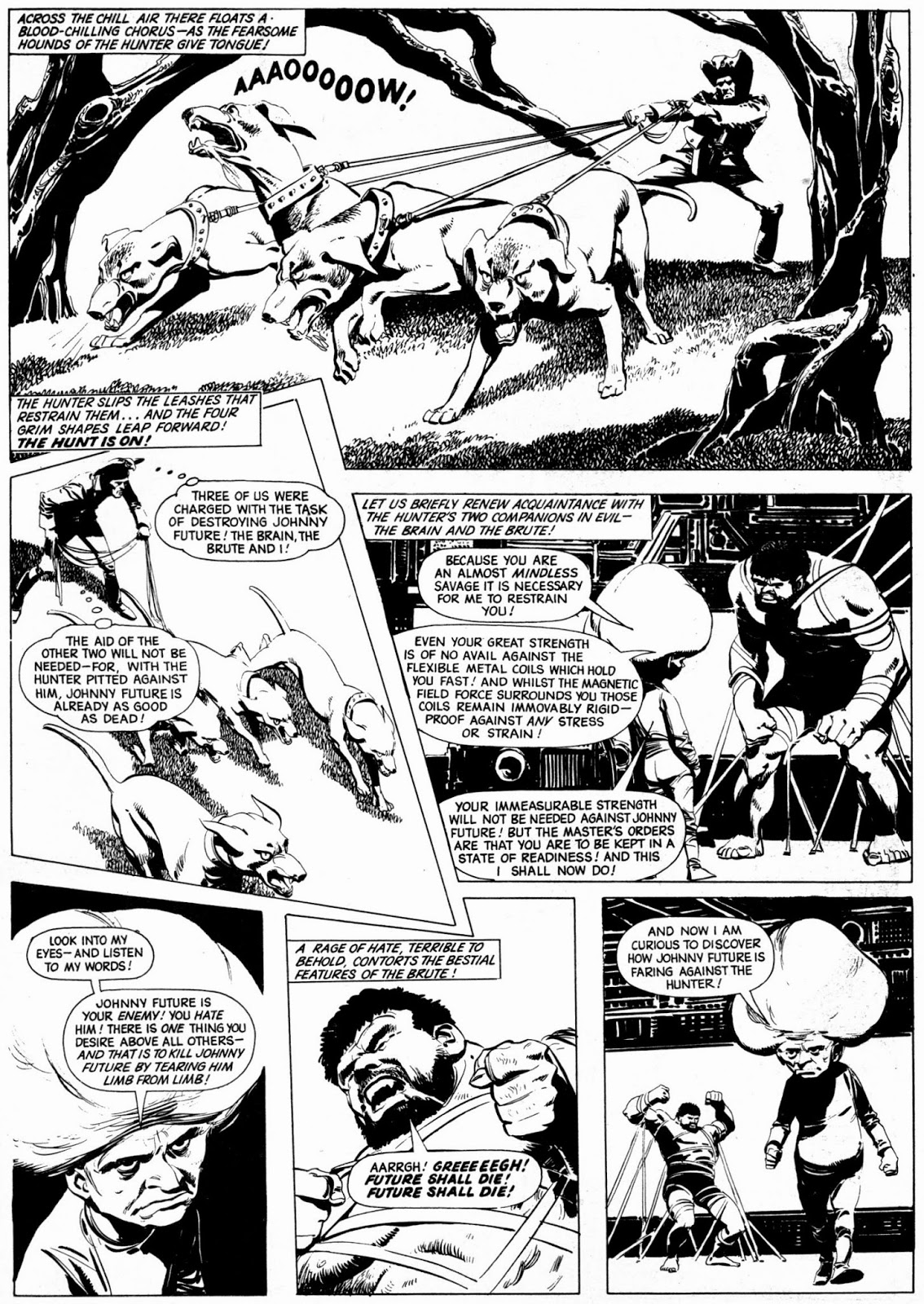 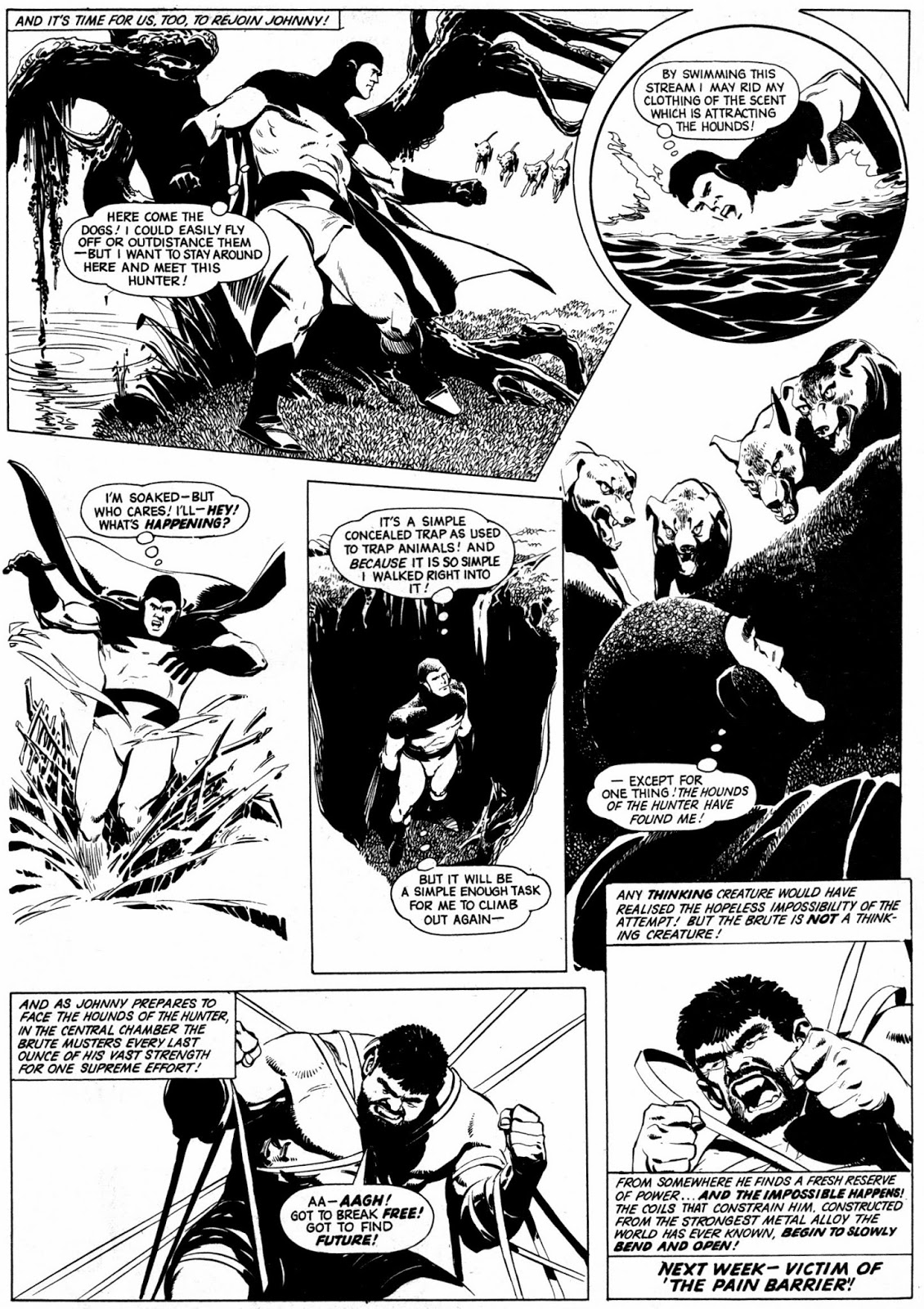 I did wonder how all your stuff seems so prestine. Actually I like Linky/JF more as an adult than I did as a kid and LOVE Luis's art, so my hand is raised. I may well have forgotten about him had it not been for your blog.

Yup, blogs have their uses, JP. I think a few more people would buy a collected edition having had their interest piqued by blogs like this one, than would have bought it otherwise.

Yep - put me down for a copy. So disappointed that the announced two volume set from Bear Alley Books failed to get off the ground. But at least we have your 'remastered' postings to enjoy. Thanks again.

If ever the Bear Alley project takes off again, PC, I'll be first in the queue to buy a copy. These posts are just a stop-gap 'til the real deal comes along.