Well, mainly JOHN BYRNE's FF cover gallery - there are a few by other artists here also, just to round up the numbers and see JB's dangling plot threads 'tied up' in the Anniversary issue.  Although, having said that, his ideas for issue #296 seem to have been jettisoned by plotter JIM SHOOTER when Byrne-Boy jumped ship over to DC COMICS.  It's a shame that he didn't get to finish the run, as going by an interview given in 1986, his proposed plans for the issue sounded quite spectacular. What we ended up with was something far less than that, despite Mr. MARVEL himself, STAN LEE, scripting the entire mag.  I'd love to see a Byrne special issue, wherein he's allowed to produce #296 the way he'd originally planned.

Anyway, here endeth the series of John Byrne FF cover galleries.  Be sure to check out the extra bonus section at the foot of the post. 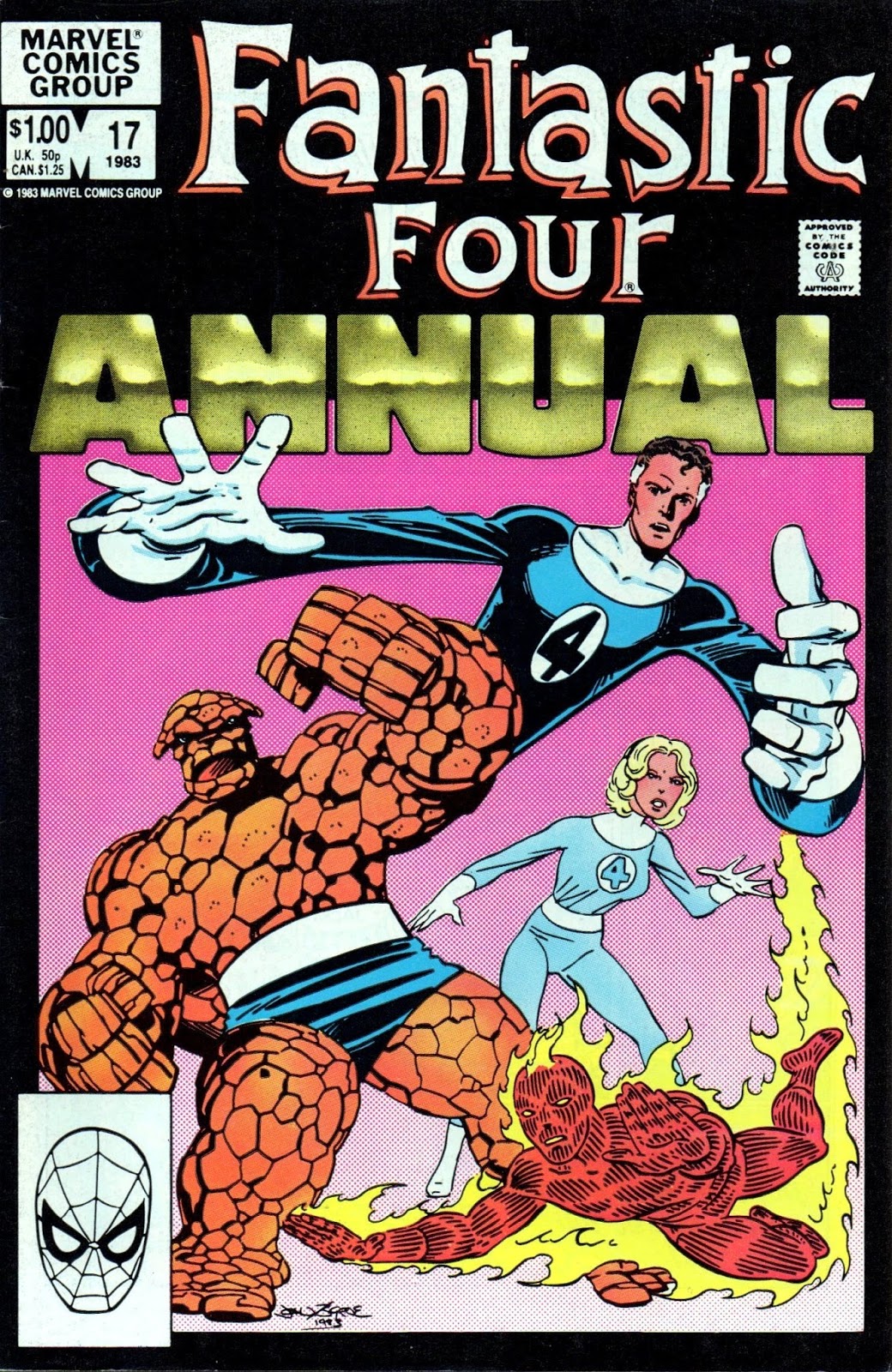 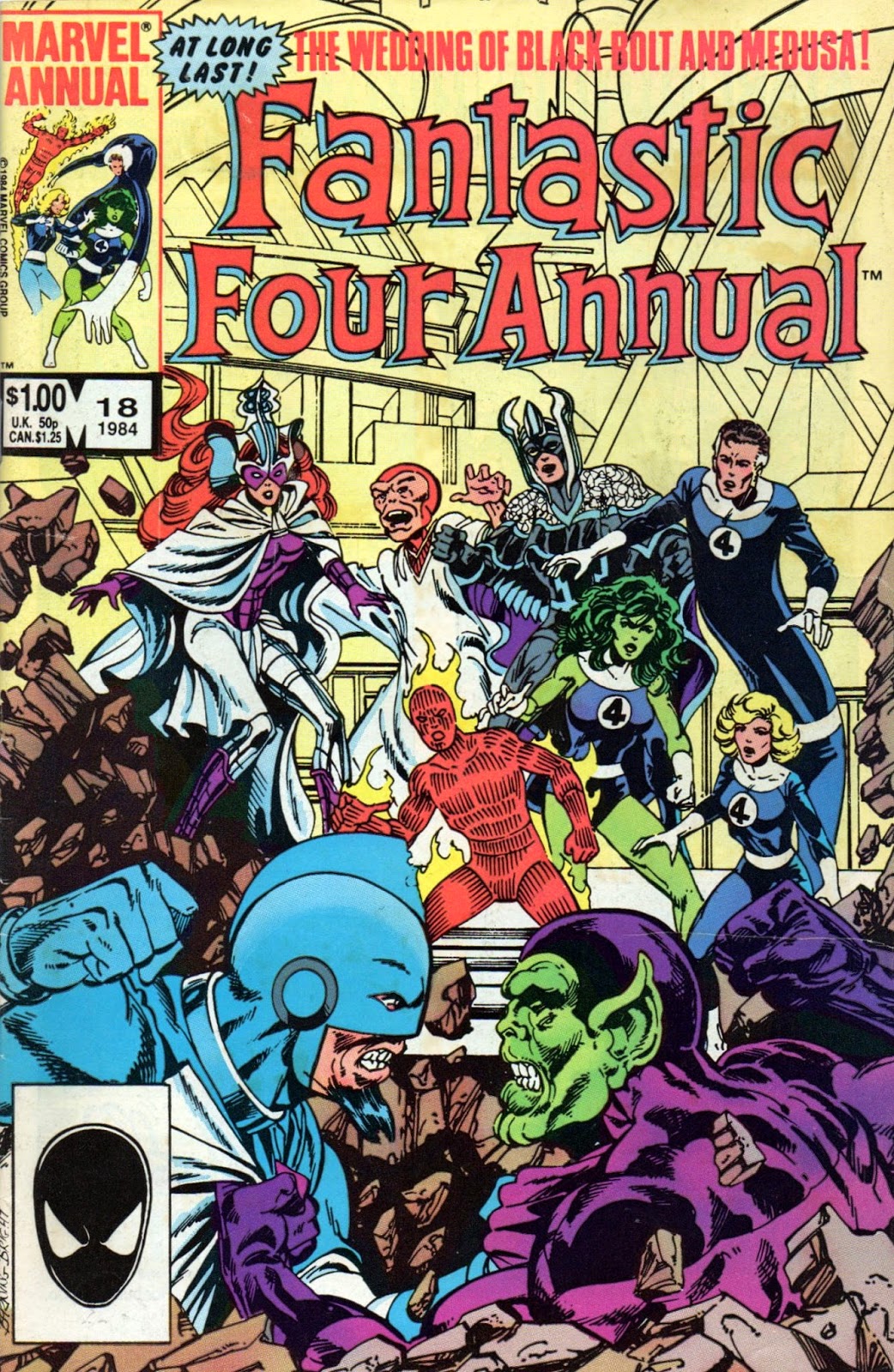 In 1984, the very first FF Annual was reprinted in a special edition, with a new five-page section written and drawn by Byrne, replacing (and expanding on) page 18 by LEE, KIRBY & AYERS.  Sporting a new wraparound cover by JB, the mag also included five new retro-style pin-ups, which are included here for you to 'Marvel' at. 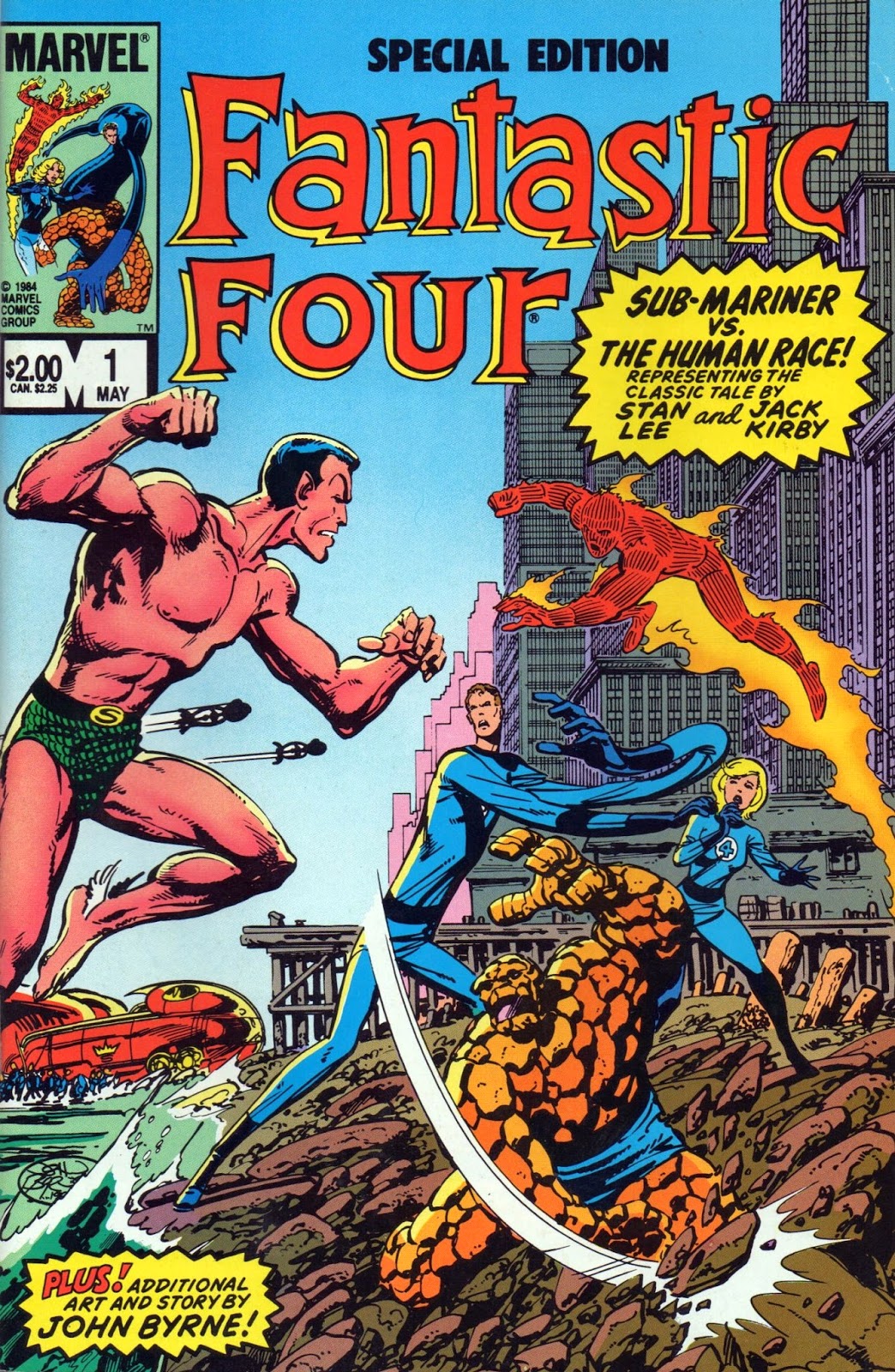 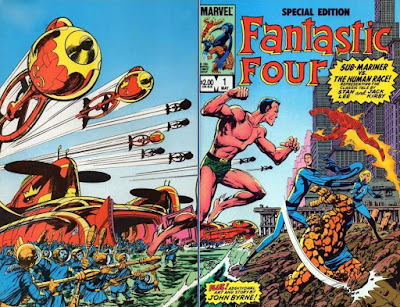 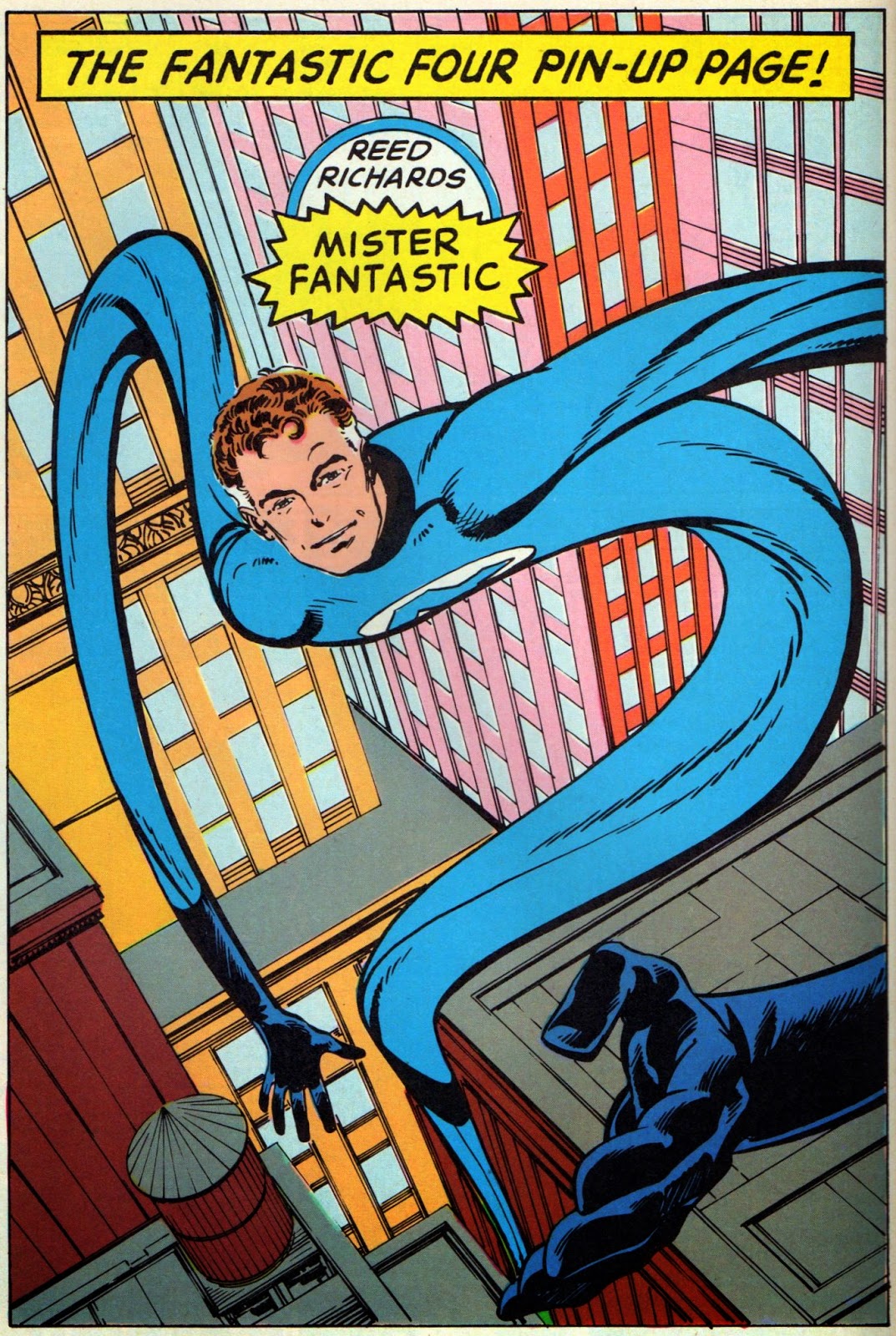 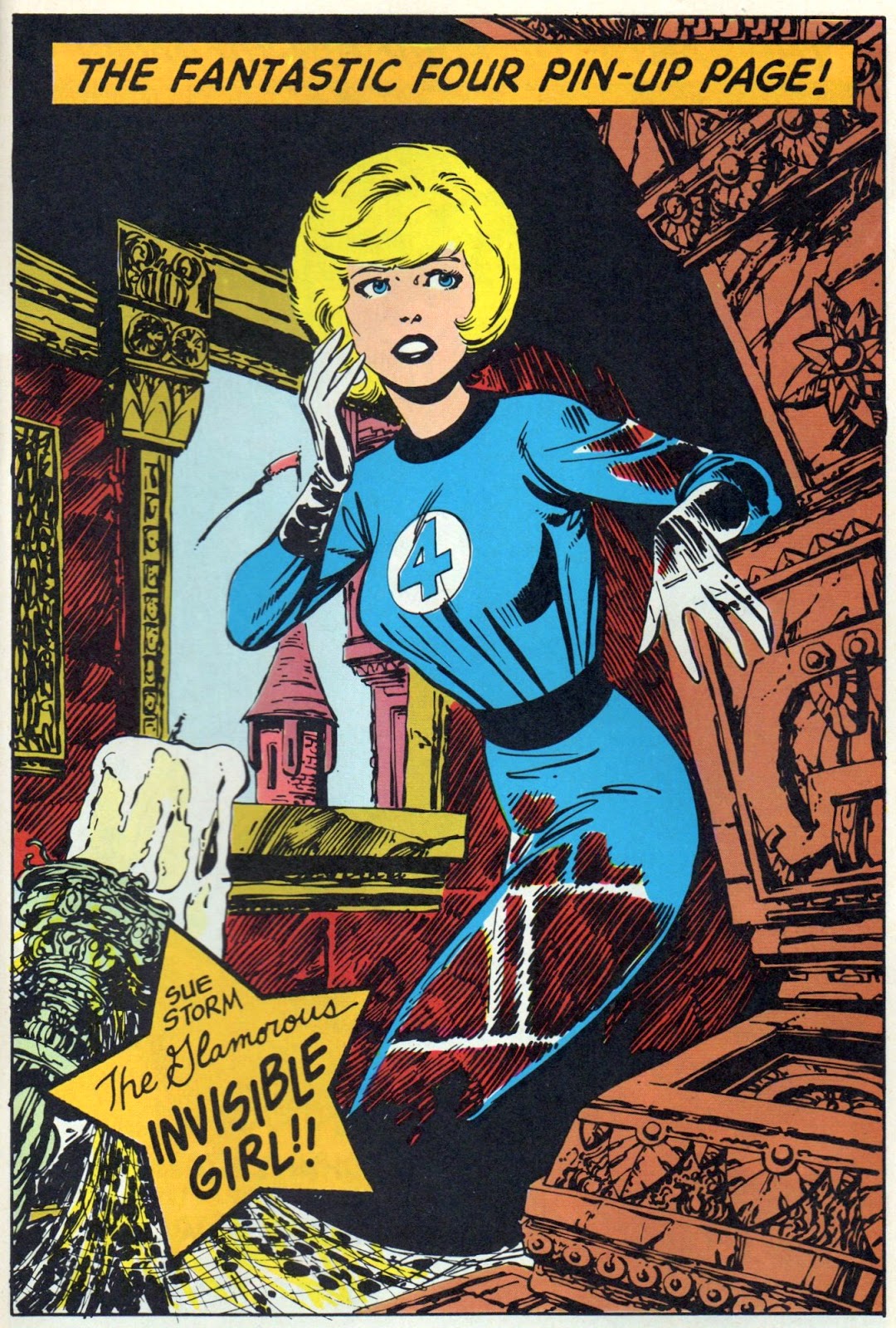 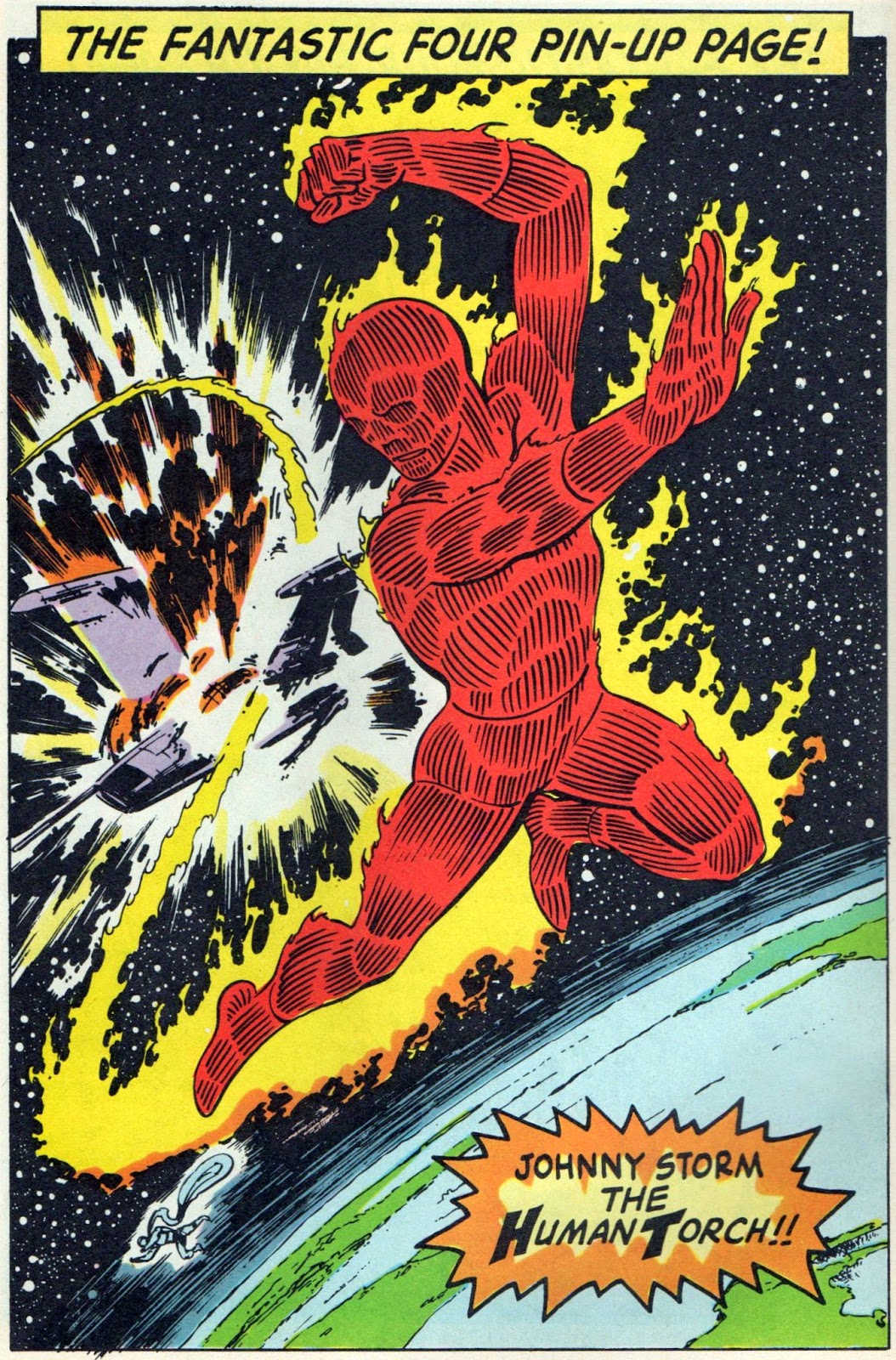 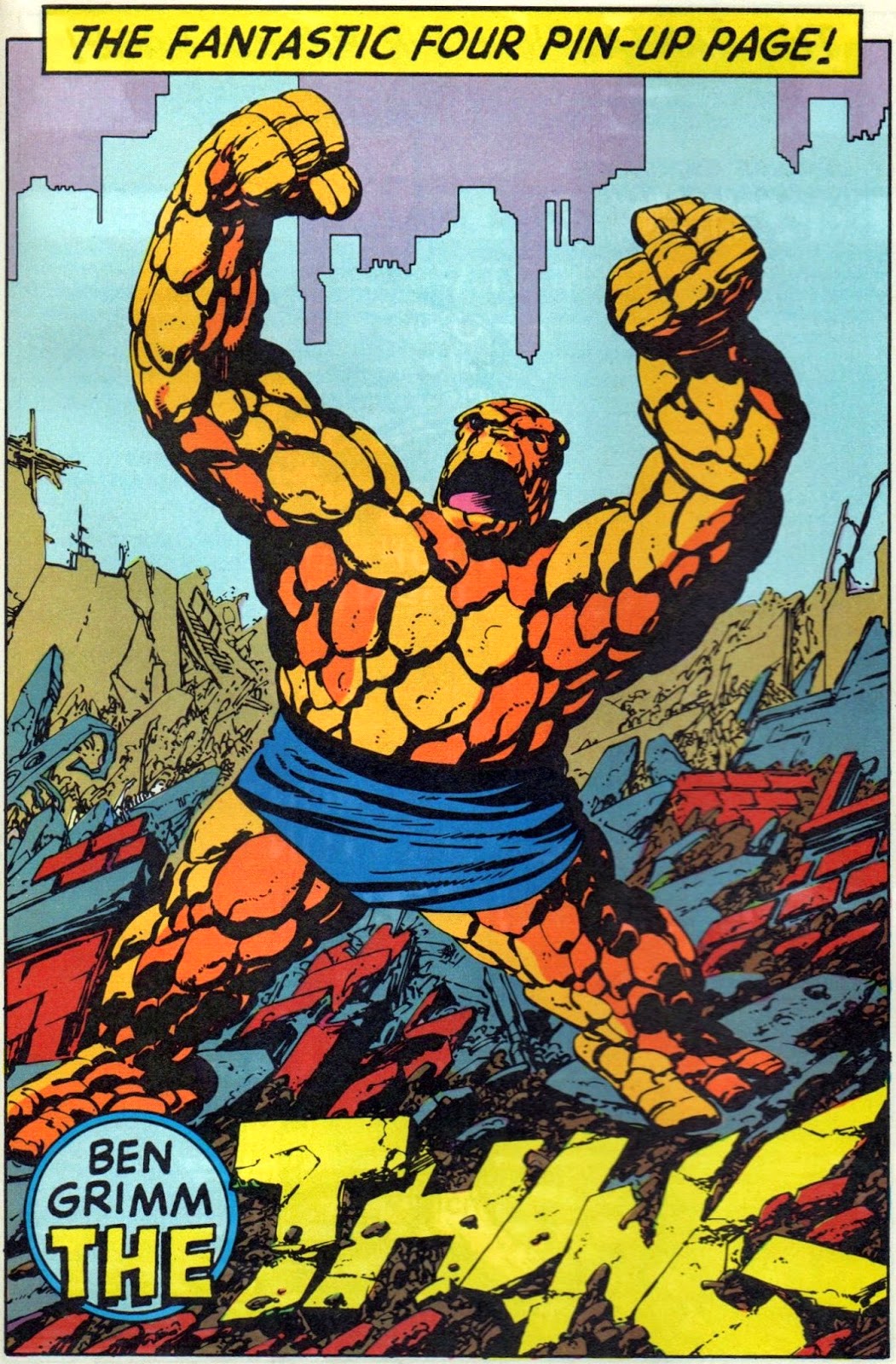 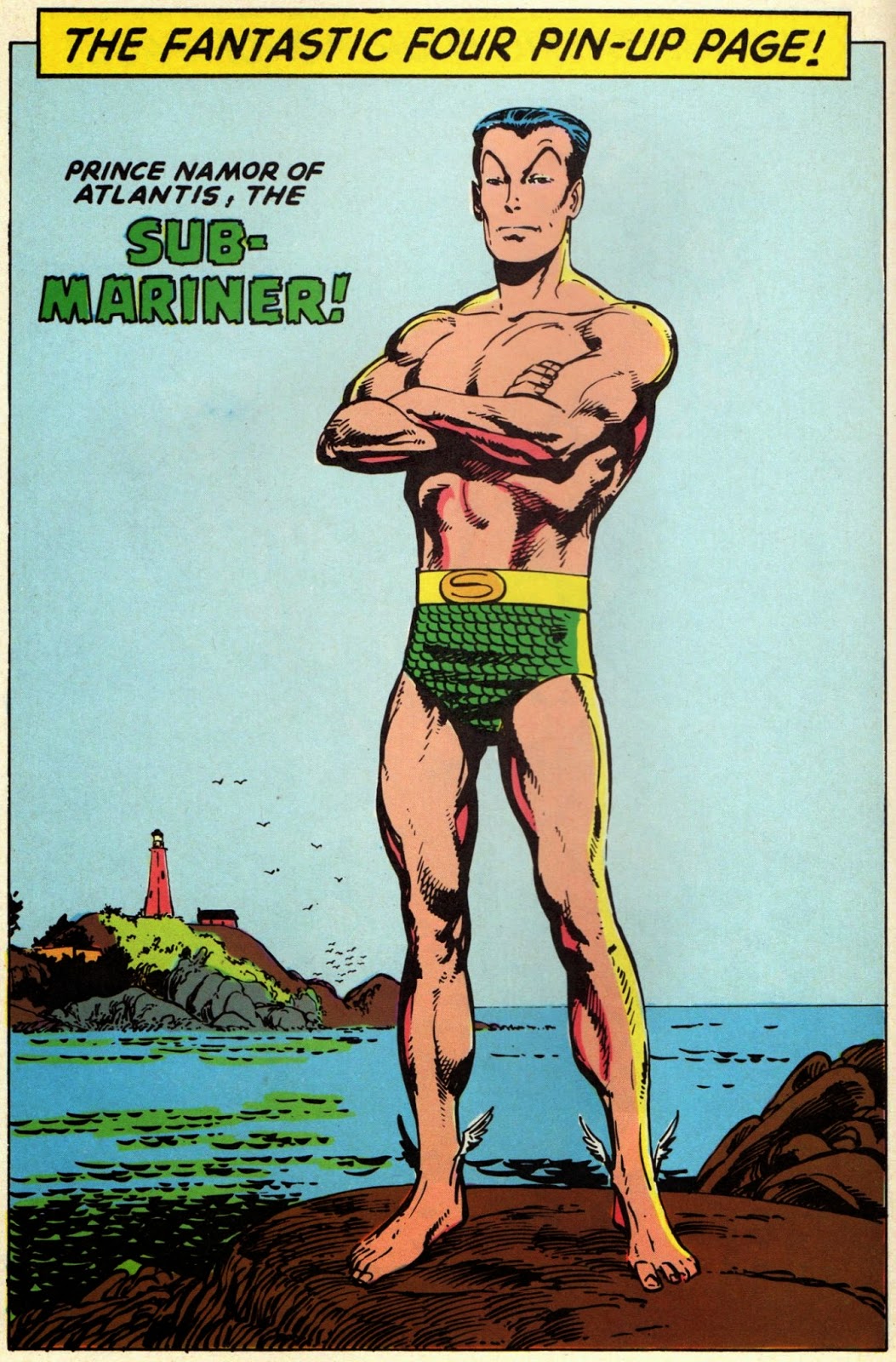 I am curious to know about JB's spectacular plans for #256. I knew nothing about this or the interview. Can you tell us any more?
I was just overjoyed to have Ben back in his rightful comic, as his solo mag didn't really do it for me. I was expecting it to be as good as 2-In -1, but I was somewhat disappointed.

The story for #296 might have been less than spectacular (I'll have to take your word for that) but the cover certainly was ! The Thing in hat, coat and sunglasses - wow, how thrilling for the 25th anniversary issue. Byrne's run was probably the last time that the FF were a big deal in the Marvel universe but I still don't like those horrible white collars costumes ! The current FF have black and red costumes which look quite good but no doubt they'll eventually return to the original black and blue design as changes never last for long.

I'd also like to see that alternative #296,, although it needs a bit of tweaking with regard to Mole Man's diamonds.

It's likely that if he did get the chance to do the issue as a special edition, he'd tweak quite a few things, JP. After all, he's had nearly 30 years to think about it.