Coloured for DOCTOR WHO CLASSIC COMICS #2 in 1993, here are another two episodes of The Doctor's comic strip from TV COMIC #s 676 & 677, cover-dated November 28th and December 5th 1964 respectively.

Maybe one day, someone will get around to tying in JOHN and GILLIAN with regular TV continuity (if it hasn't been done already). Were they the brother and sister of SUSAN? Does TV Comic's Doctor, seemingly like PETER CUSHING's, come from an alternate reality? We deserve to be told - so someone please tell us before we get much older.

In the meantime, however, enjoy these pages from the start of the Doctor's comic strip career. 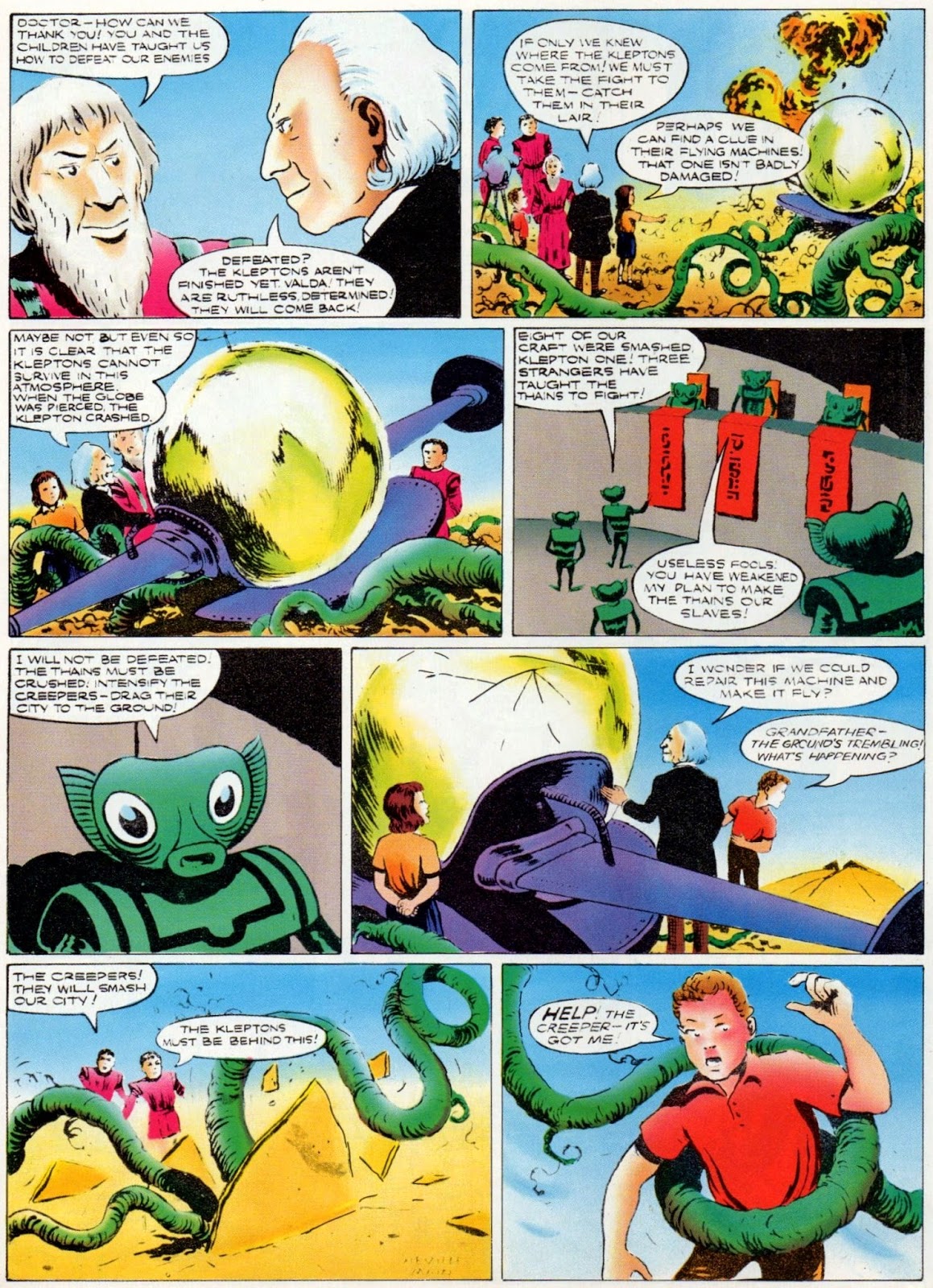 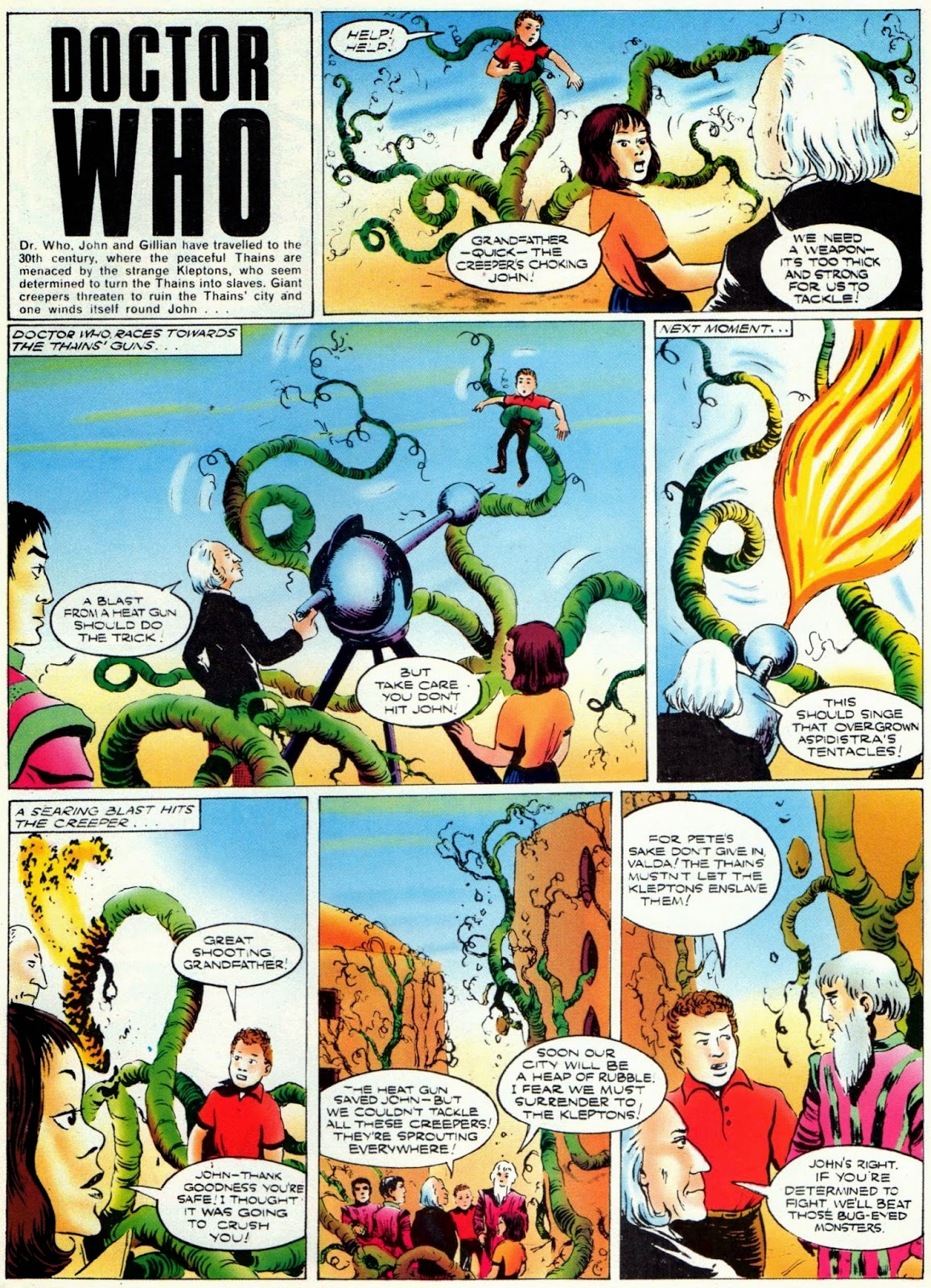 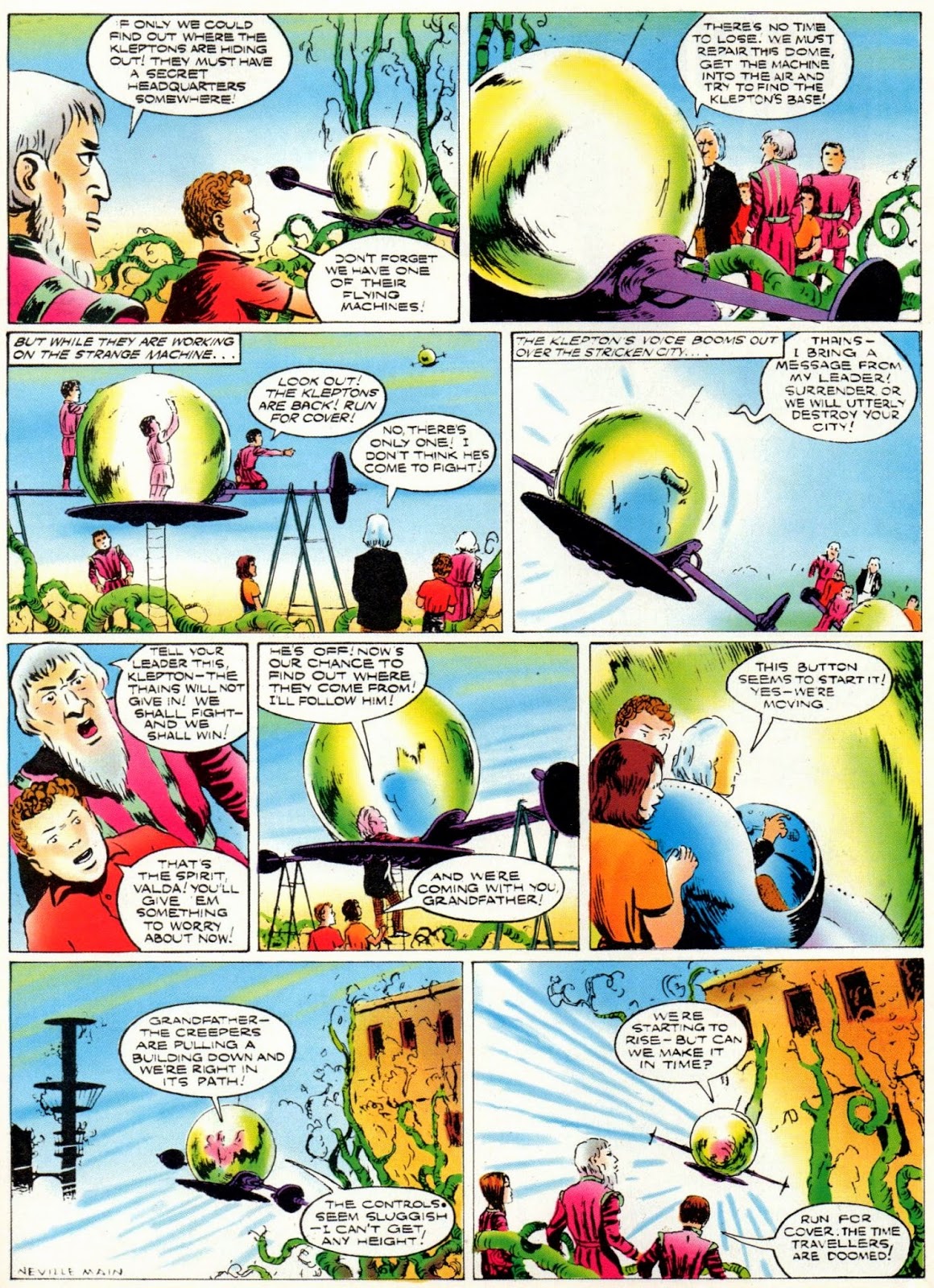 Now then, SOMEONE somewhere actually DID try and tie in all the TV comic strips with the TV episodes, continuity-wise. I'll TRY and find it again and let you know. It was a couple of years ago - I'll see if I can retrace the journey .

Thanks, JP - I took a look at that link and then found a Wikipedia page that talks a bit about John and Gillian. Apparently, in one of the novels, The Doctor refers to friends and family he has on Earth. We know he's a father anyway because of his granddaughter Susan, so perhaps he had other children, one of whom was a parent to J&G. (Who he'd never met before that first strip in TV Comic, although he obviously knew of them.)

But as for the Cadet sweet cigarettes doctor - he really MUST come from an alternate reality!

I think the guy who wrote the story for them certainly did. Seems as if he'd never seen a TV episode.

The first TV comic strip I remember was the Zarbi. I may be in a minority, but I'd love to see any more of these strips that you have.