COR!! MONKEYING AROUND WITH GUS... 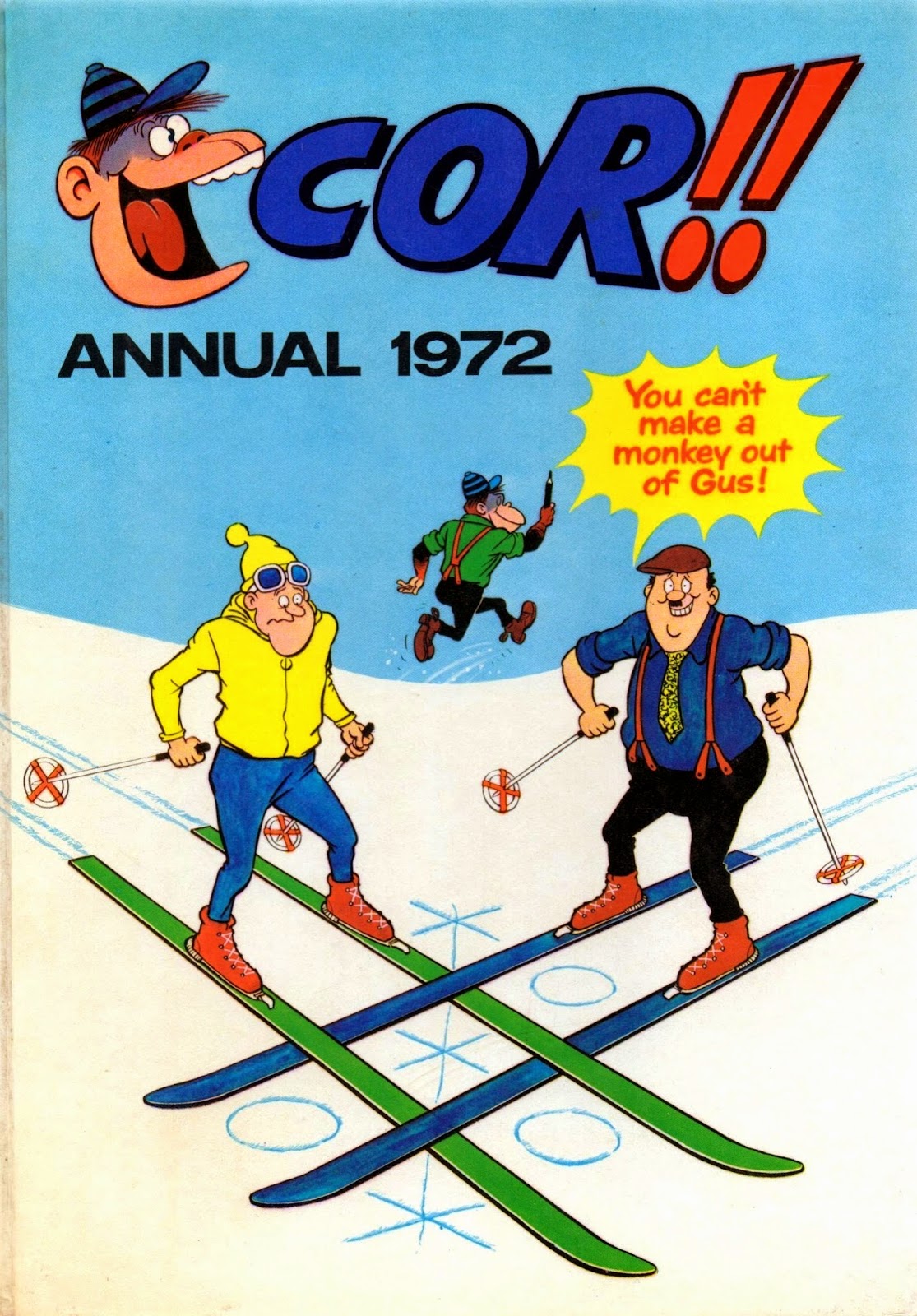 Funny how you forget things, isn't it?  For instance, I must have
had this  COR!! Annual for 1972 at one time, but I don't really
have any firm recollections of it - although, as I study the cover, it
starts to seem faintly familiar, like some dim, elusive, half-remembered
dream.  I know I had it 'though, because it contains all six episodes of
JASPER THE GRASPER, drawn by KEN REID, which I first read
many years ago - but not in the pages of WHAM!, the comic in which
they first appeared in 1965.  (I didn't buy that particular periodical
until it started publishing THE FANTASTIC FOUR in '66.)

When I see old comics covers on the internet they fall into three categories: 1) Ones that I never forgot 2) Ones that I forgot but remember instantly when I see them again and 3) Ones that I still don't remember after seeing them again even though I know I had them - memory is definitely a strange thing!

It's just as well that I've got a good memory for faces - 'cos my shaving mirror's broken.

I`m sure i owned that annual also,although i`m sure it was not a Christmas gift,as most of them were.The noughts and crosses cover rings bells in my memory banks.Would love to see inside to re-affirm this.

I don't think it's a particularly brilliant cover (good idea 'though), which is probably why it's only vaguely familiar to me. Also, I may not have kept the book for long, and perhaps that's why it never made a great impression on me. I know I read those Jasper The Grasper strips 'though. You can have a look at the book the next time you're along, Moony.