It was fun while it lasted, but, alas, nothing lasts forever, so they say.  (Who exactly 'they' are, I'm not quite sure.)  Such was the case with JOHN BYRNE's stellar run on The FANTASTIC FOUR.  Ish #293 (appearing next post) was the last one that Byrne both wrote and drew, although he plotted #294, which was scripted by ROGER STERN and drawn by JERRY ORDWAY & AL GORDON.  Number 295, by STERN, ORDWAY & GORDON, credited him with a "Special thanks to John Byrne" in the credit box, but Byrne was already hard at work over at DC COMICS, revamping their flagship title - SUPERMAN!

And so ended an era!  But we're getting ahead of ourselves, so be sure to join us for the last post in this series as we tie up all the loose ends and pack everything tidily away!  Coming soon. 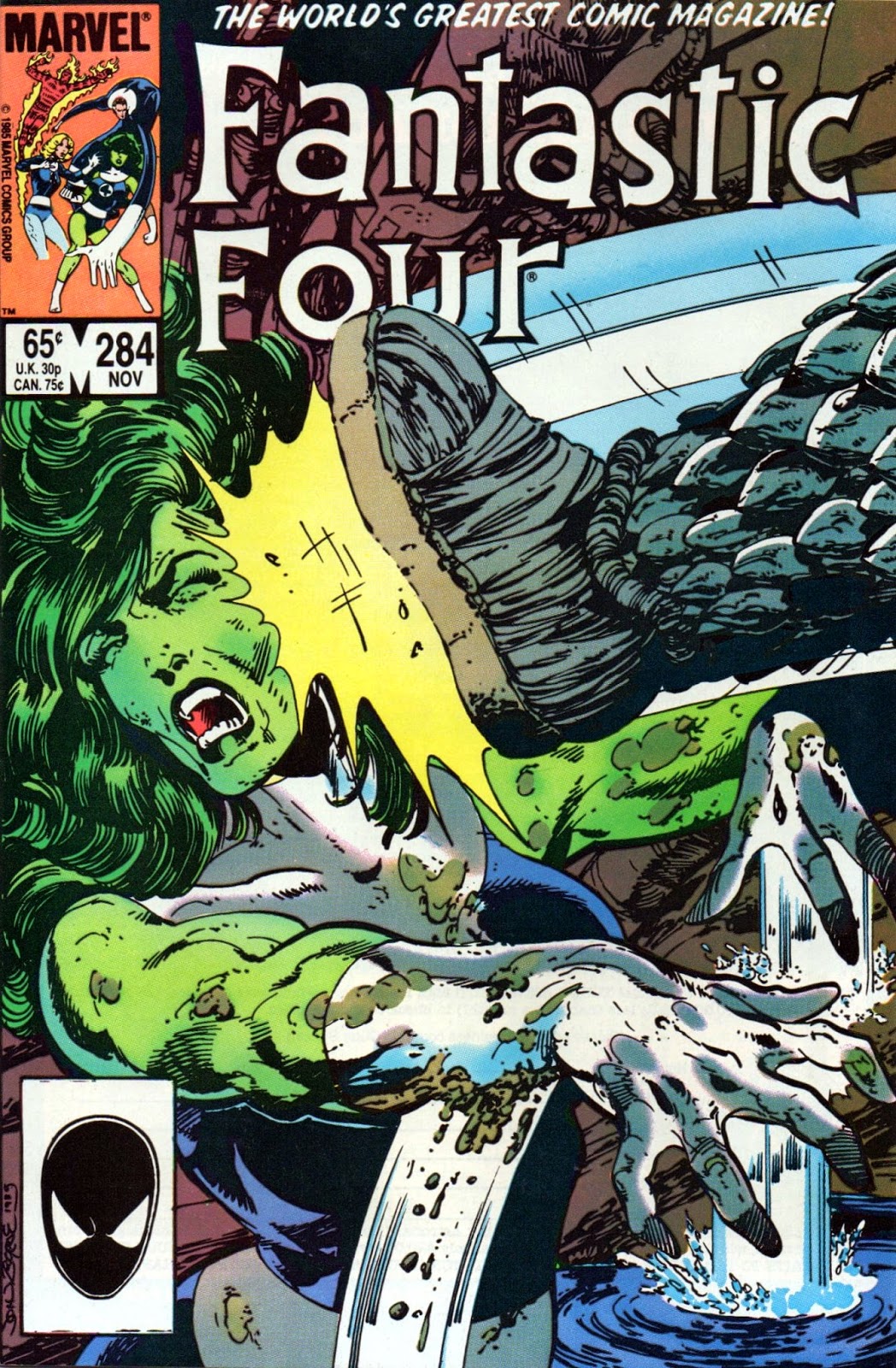 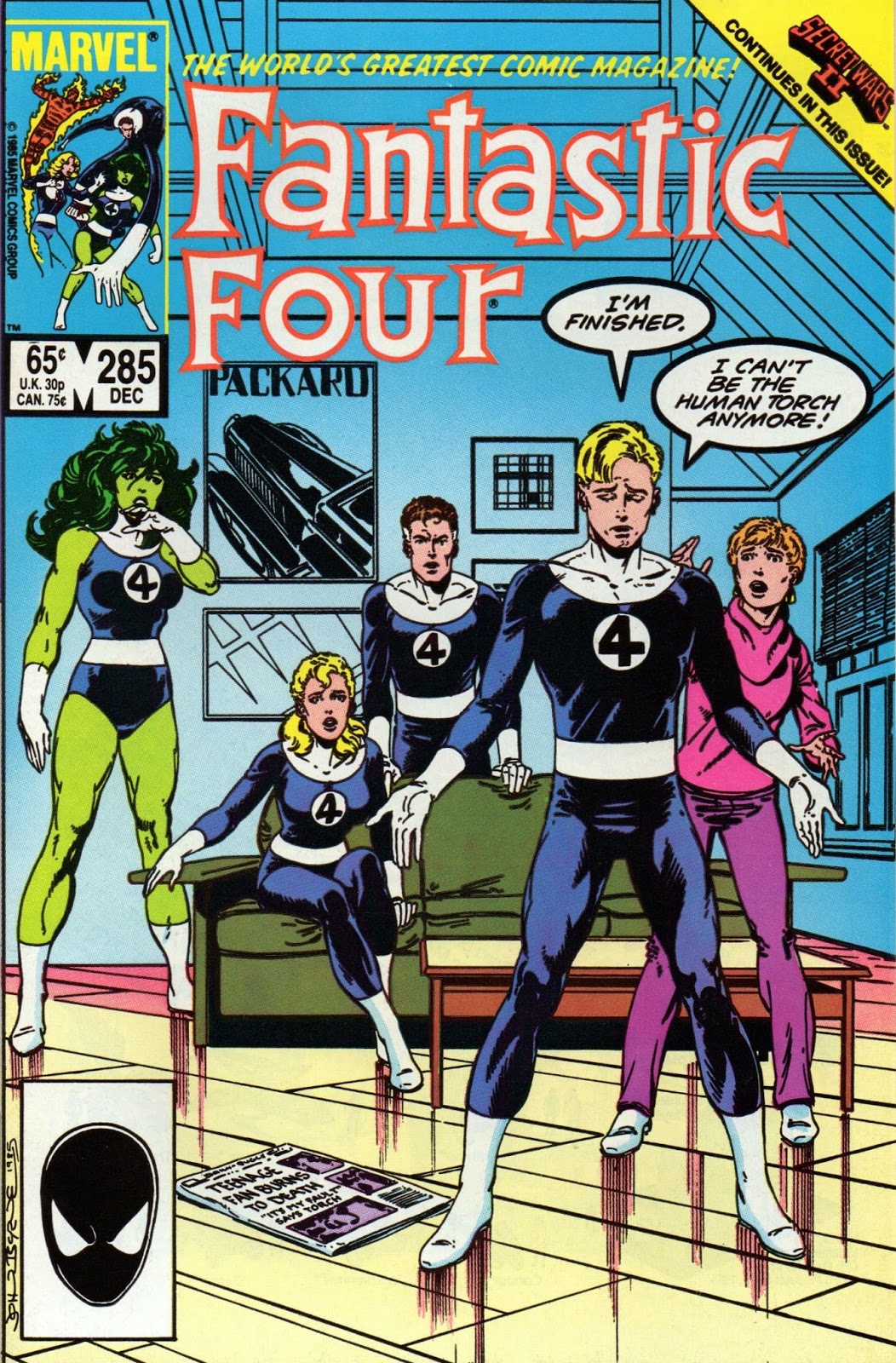 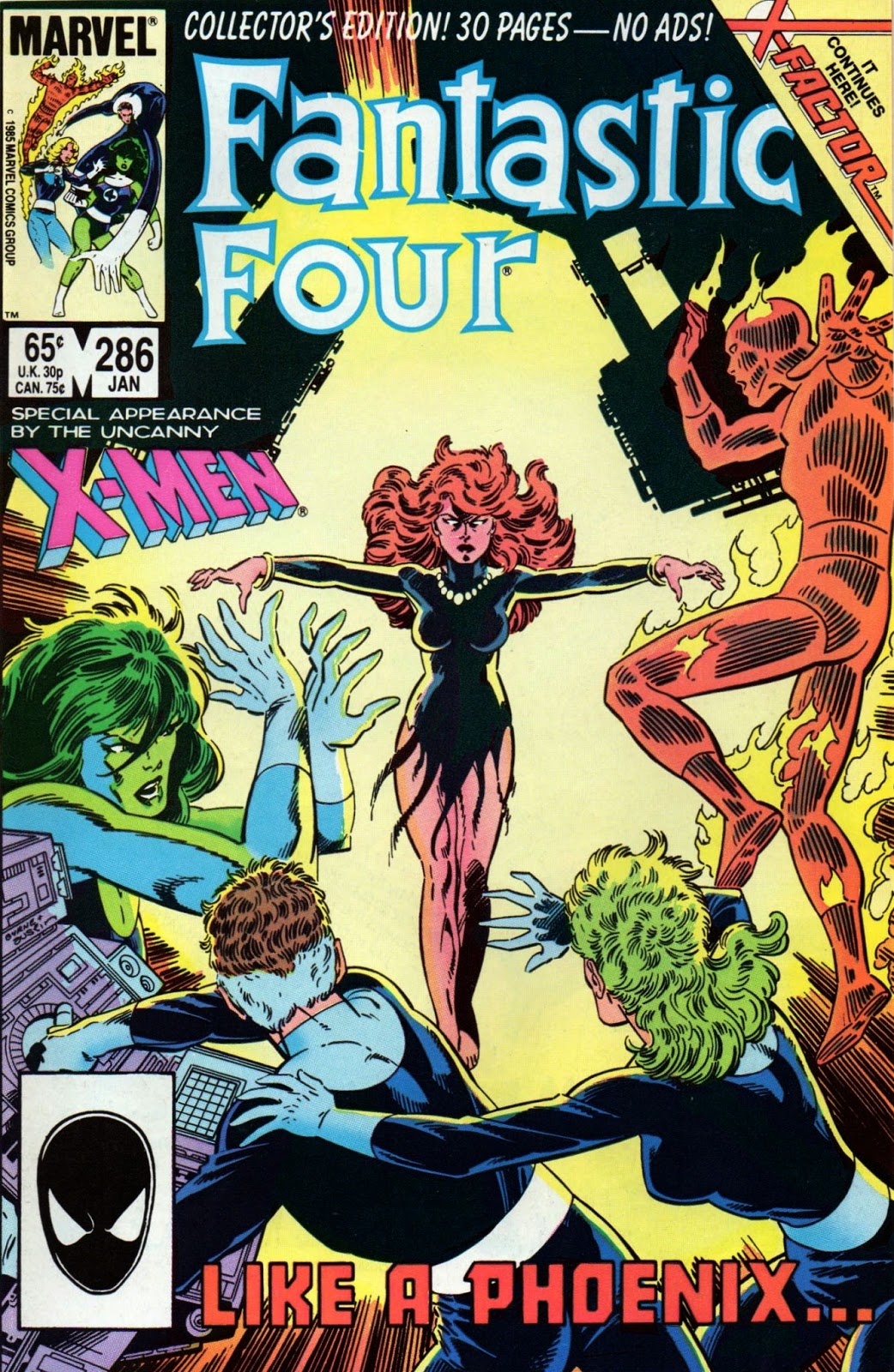 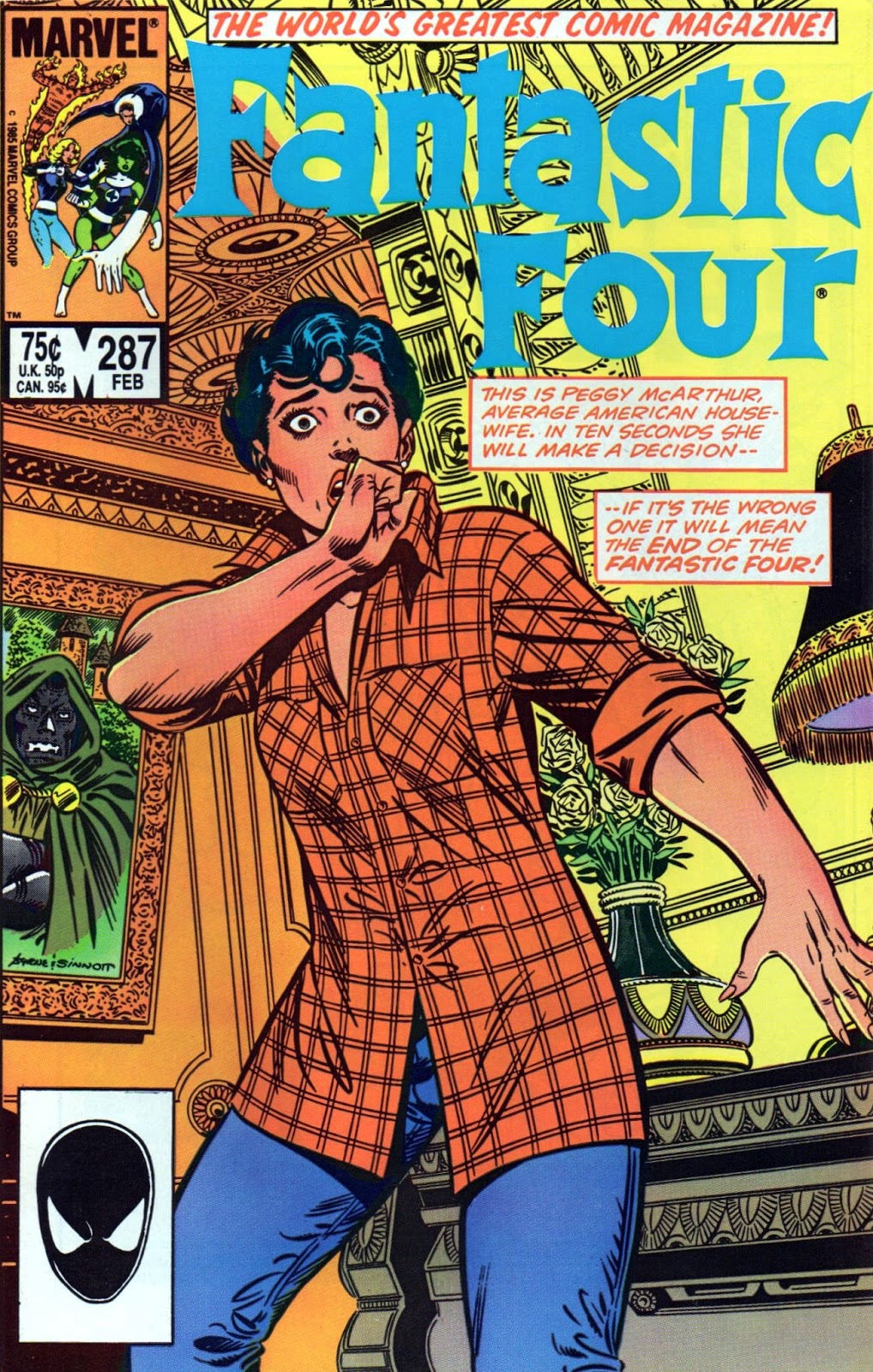 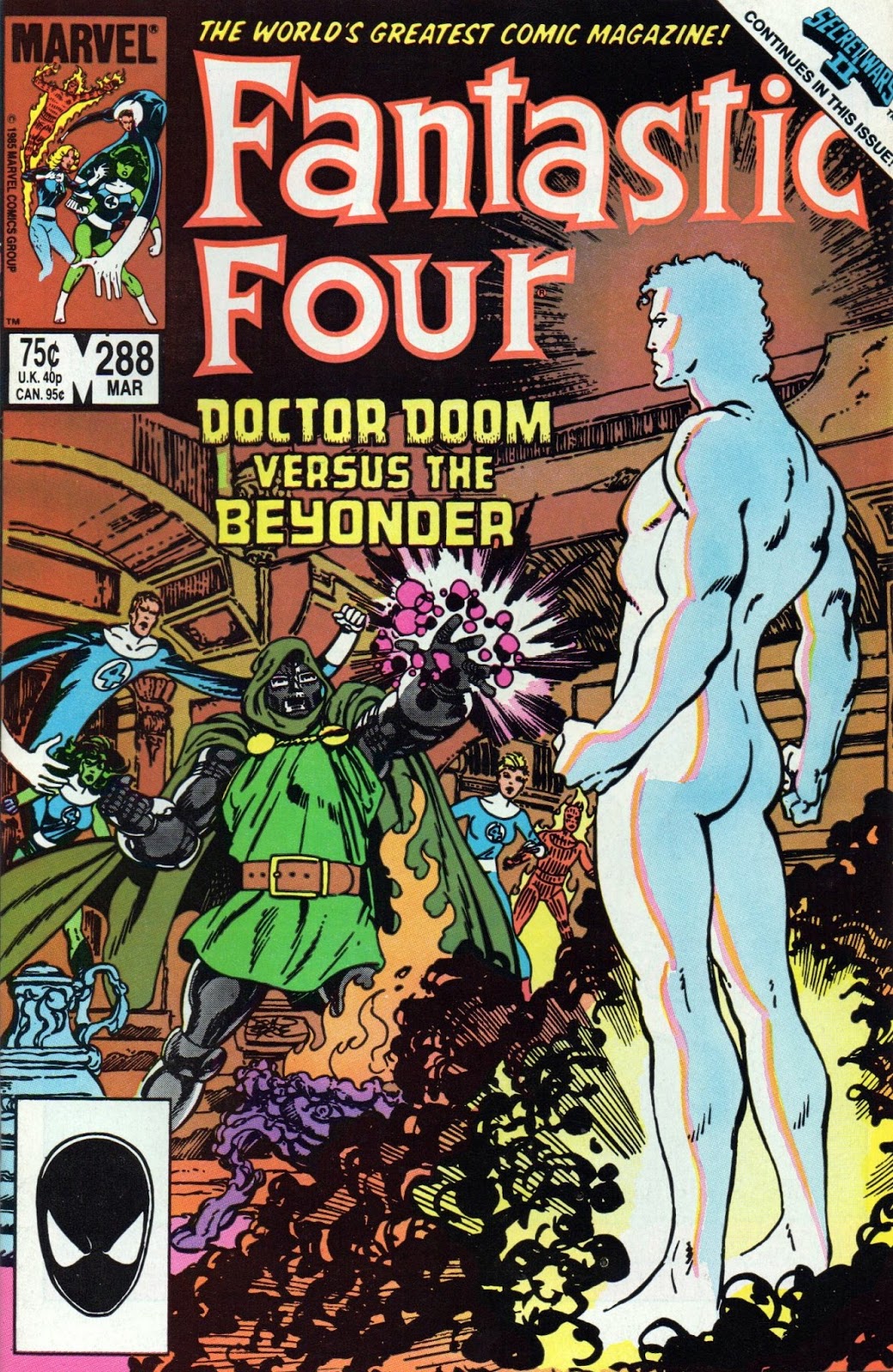 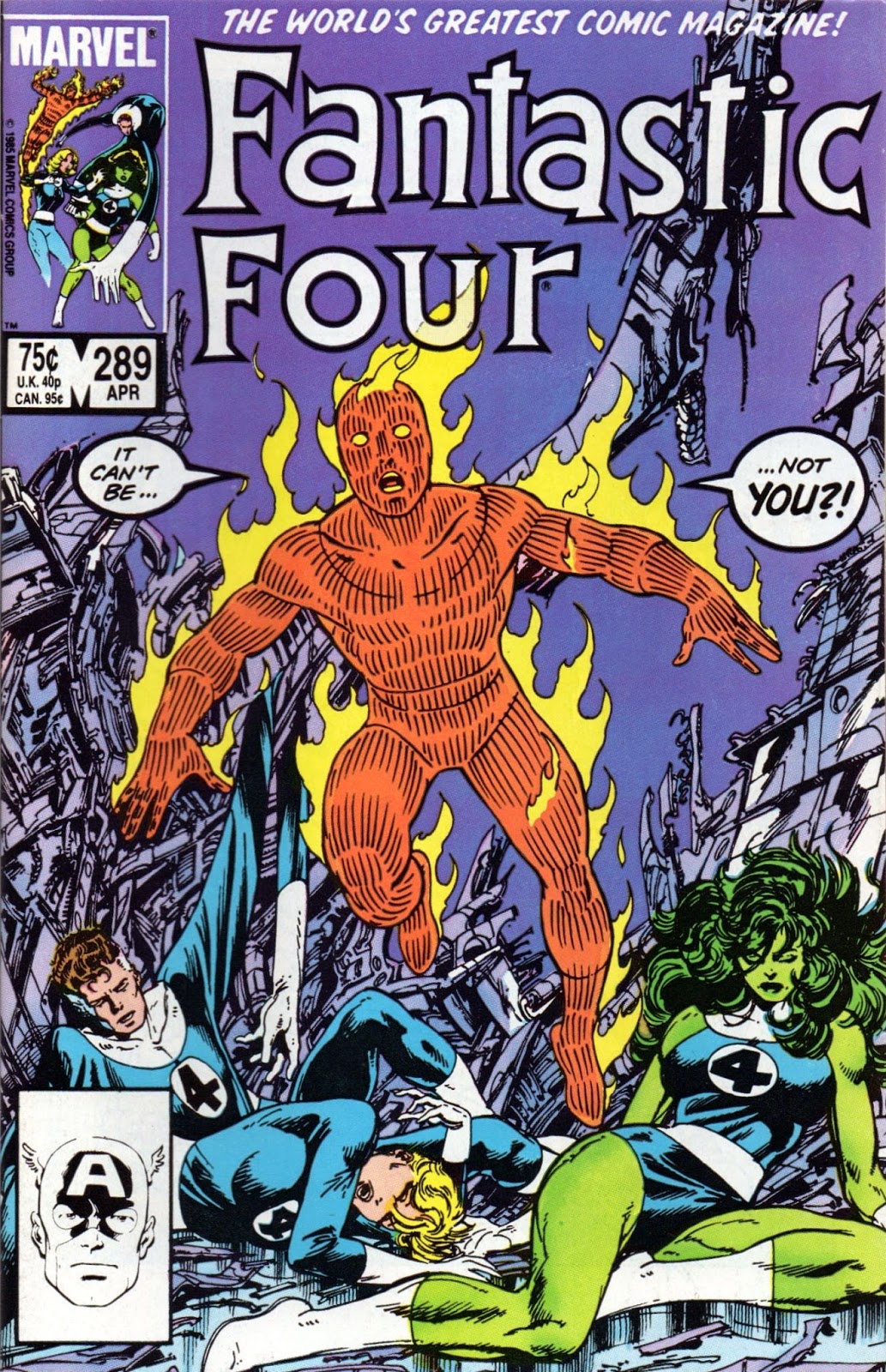 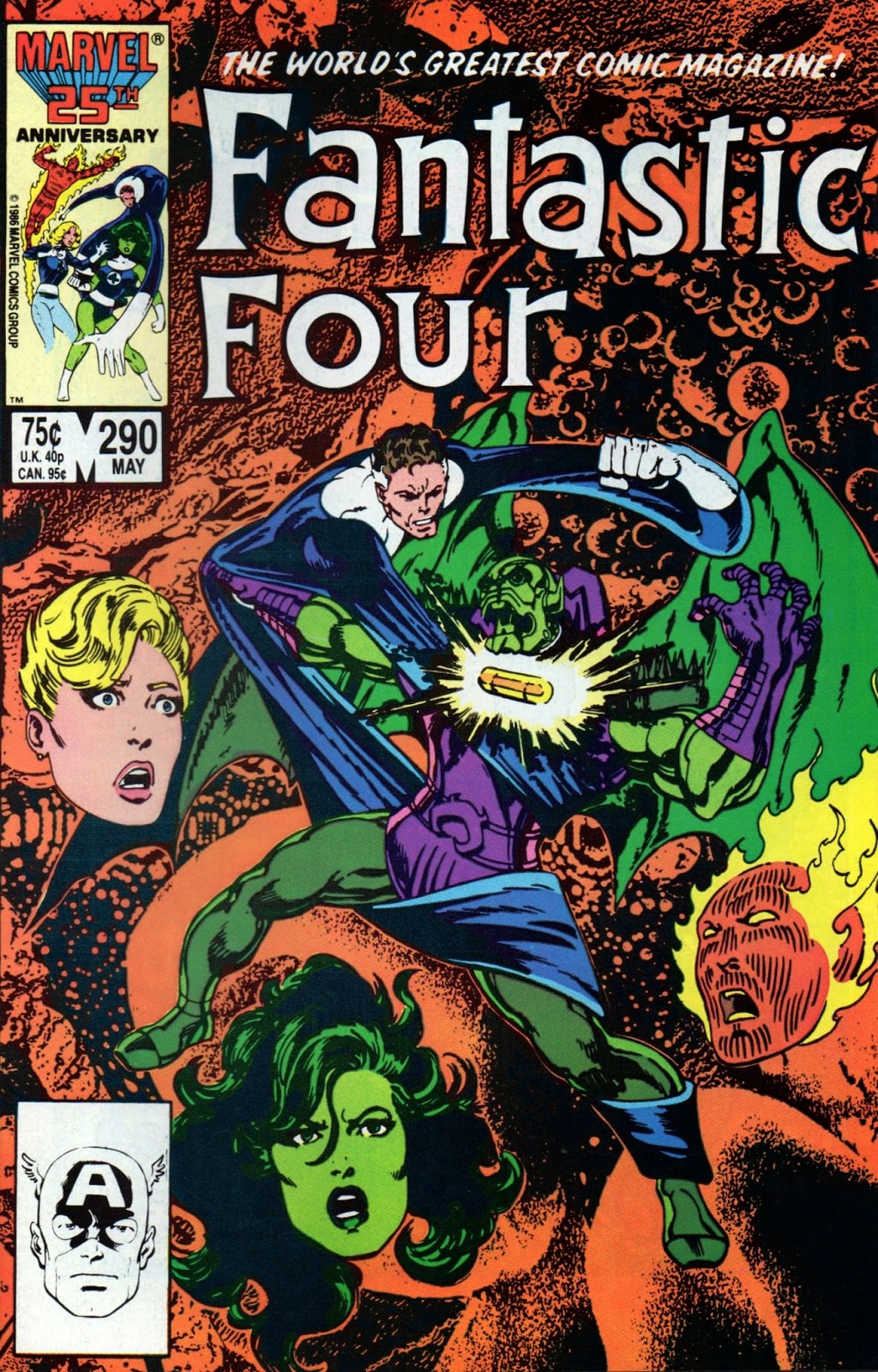 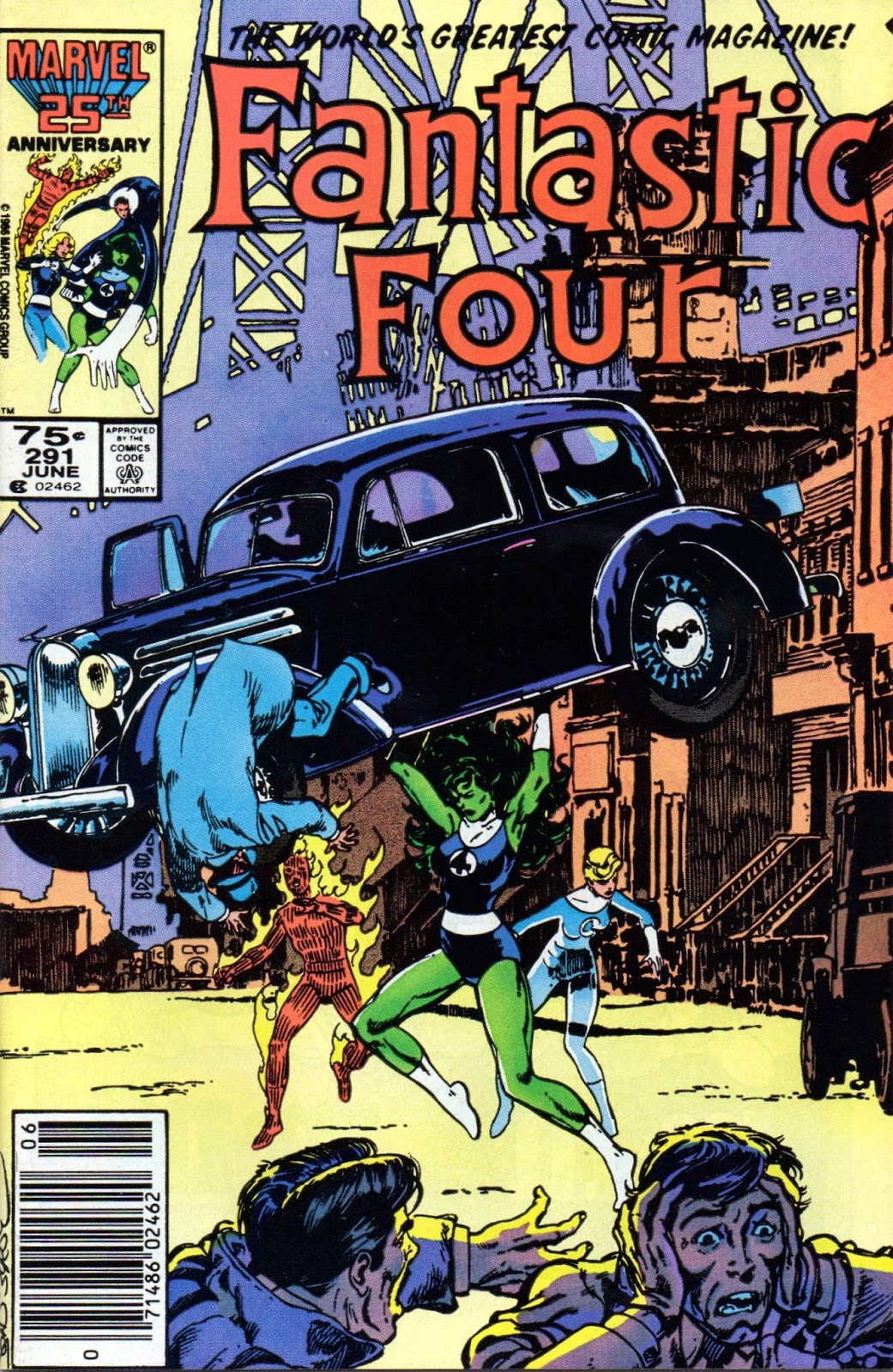 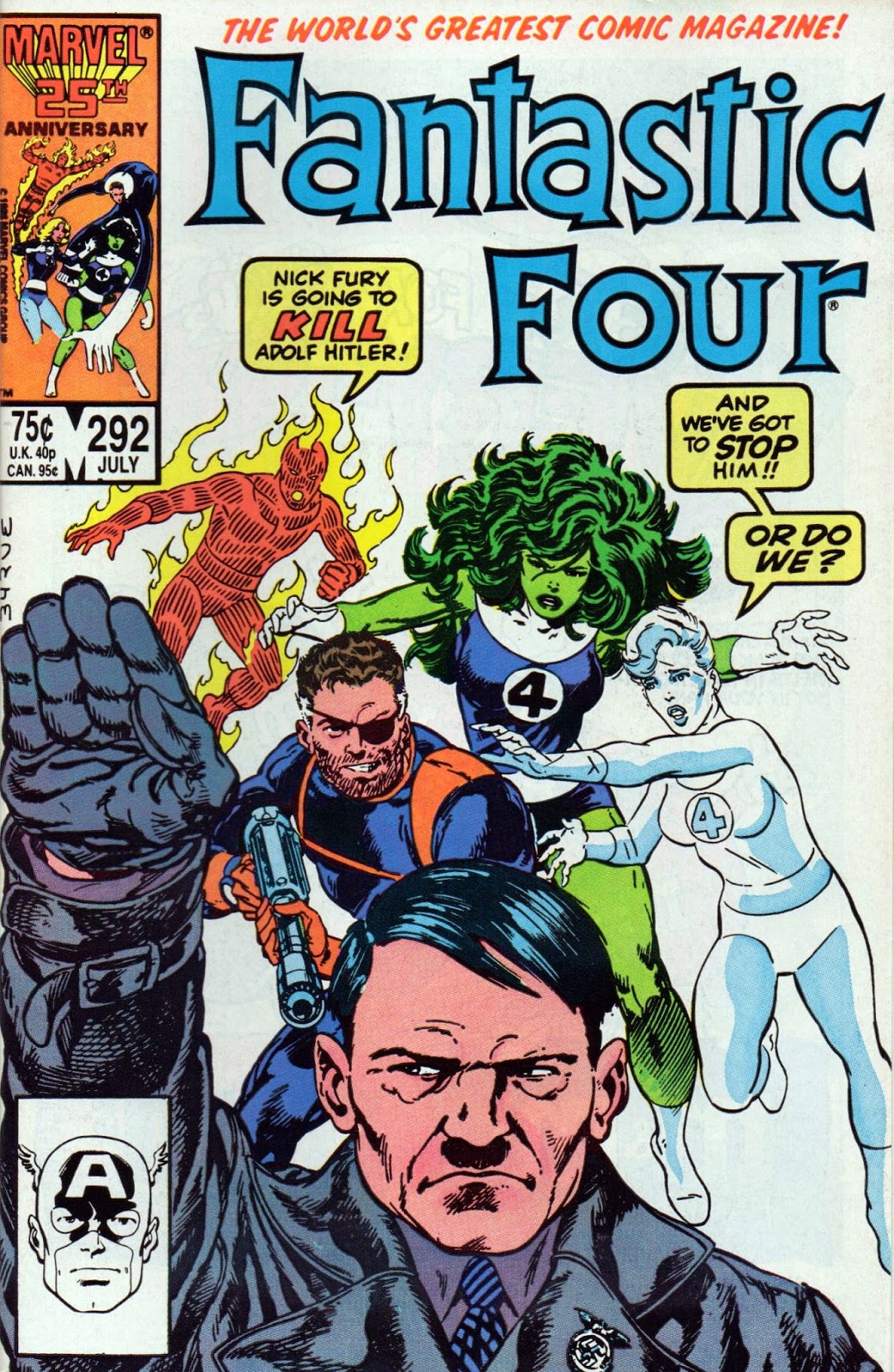 I can't remember the top 2 comics, yet I must have had them as I didn't stop buying them until well after Ben came back. I wouldn't have stopped at all had the shops not stopped getting US comics in - bleak times were coming for us all!

And you could have them again, JP, if you bought the cracking Omnibus volumes. Go on - pawn the missus' jewellery.

Yup, sure did, JP - in a series called 'Comic Covers Snap!'

It's strange: I wouldn't list John Byrne amongst my favourite artists, and yet seeing all these covers gathered together, I realise that I'd forgotten how good he was and how willing he was to take chances with his compositions and subject matter. They're not always entirely successful, but overall I'd give him top marks for his efforts.

I think his covers were far more enticing than most covers nowadays, GB. I'm seldom inclined to even open many modern-day comicbooks. There's something terribly bland about them.

The last three covers all mention Marvel's 25th anniversary - in 1986. Hold on, aren't Marvel now celebrating 75 years. So there was a time when Marvel's birth year was counted as 1961 - which it is !!! You are right about how bland a lot of today's covers are although there are some stunning ones too. I suppose they are meant to look more "grown-up" but there do seem to be quite a few where the comic's subject is just standing around doing nothing.

Thing is, CJ, 1961 being regarded as the 'birth' of Marvel was a retroactive interpretation, due to FF #1 later coming to be regarded as the 'first' Marvel comic. (And, in one sense, it was.) However, Timely, Atlas and Marvel were all the same company, and Martin Goodman's line of comics were actually (for a short time, I think) published under the name of Marvel (as publisher) at some point in the early '40s. As the Sub-Mariner and the Human Torch date back to the very first comic called 'Marvel Comic' (and Captain America followed in his own mag not long after) and are still appearing in mags today, the company's history is now traced back to its earliest days. (As it had been before FF #1 came to be considered the first Marvel comic. Paradoxically, it was and it wasn't.)