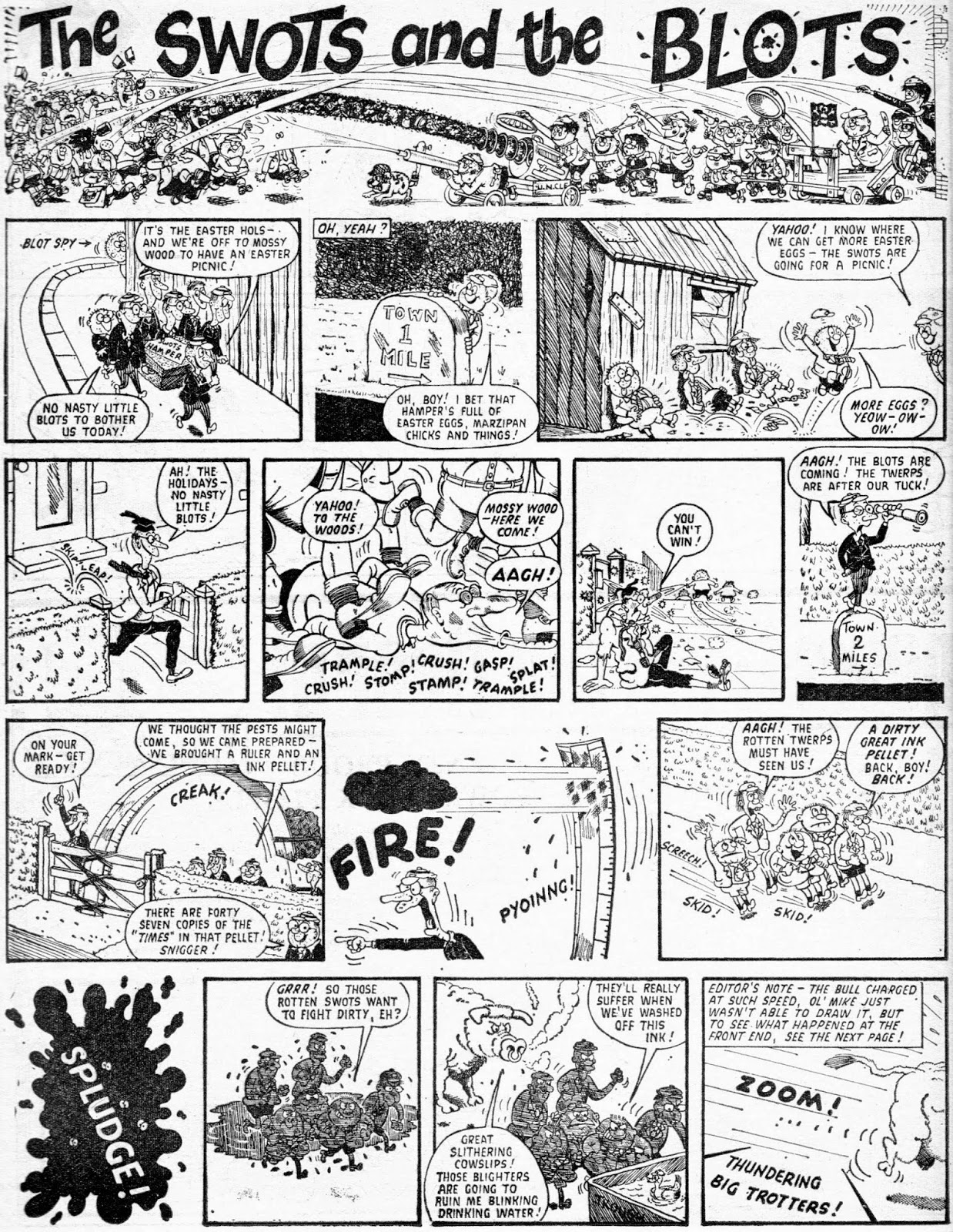 As promised, here's the second part of our Easter post, wherein
are presented pages which reflect the time of year from SMASH!
#61, cover-dated April 1st 1967.

In case you're wondering, SMASH!'s DANGER MOUSE came
first, long before the TV cartoon of the same name which saw such
success sometime in the '80s. The issue from which these pages come
had more strips than I've shown in this post and its predecessor, but
not all of them had an Easter theme, whether they were British
characters, or DC and MARVEL reprints.

Well, that's your lot! Be sure to drop in again for the best of
U.K. and U.S. comics, in this, the brightest, biggest and best blog
in Britain! (As voted by my pals when I bought them all a pizza in
exchange for their 'unsolicited testimonials'.) 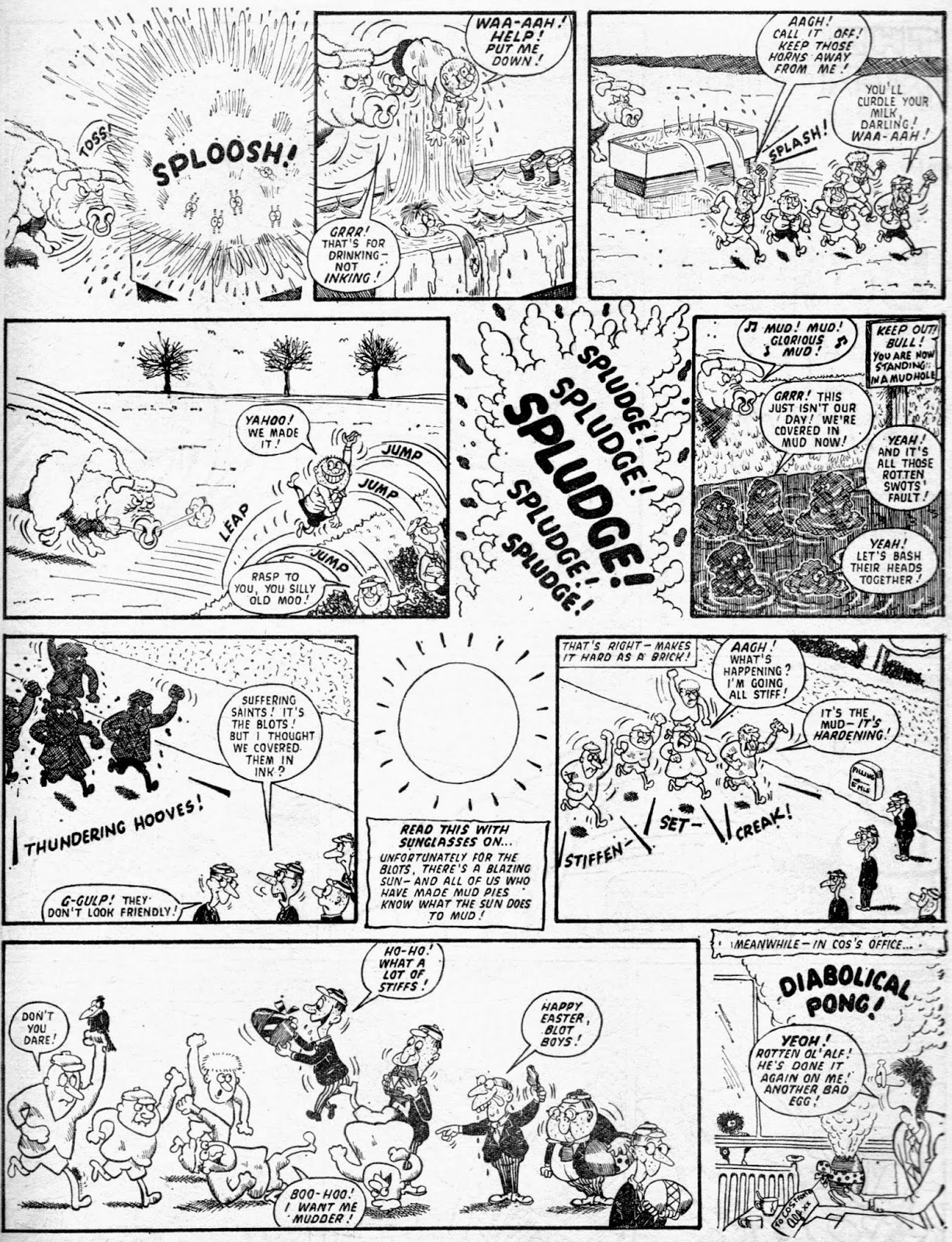 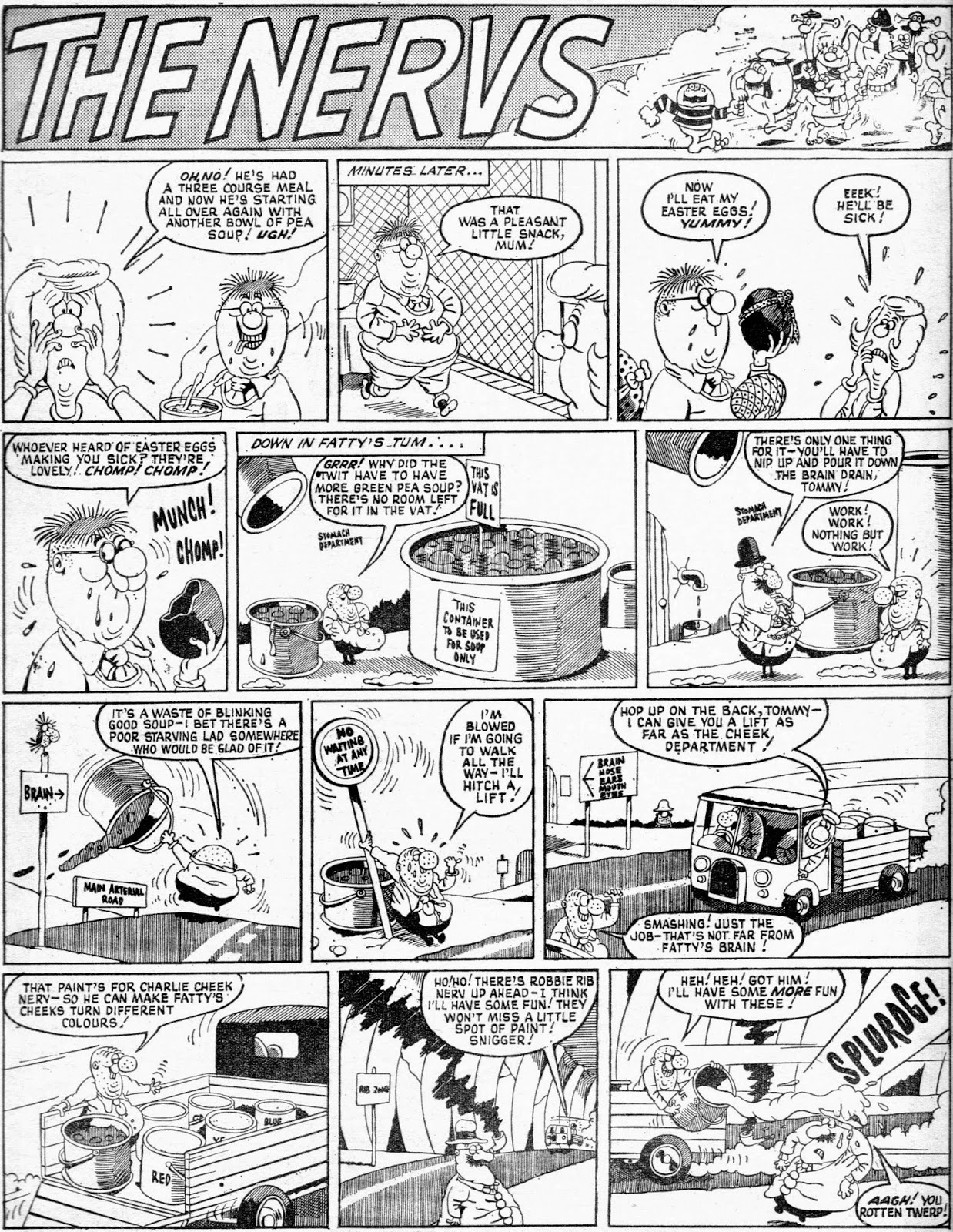 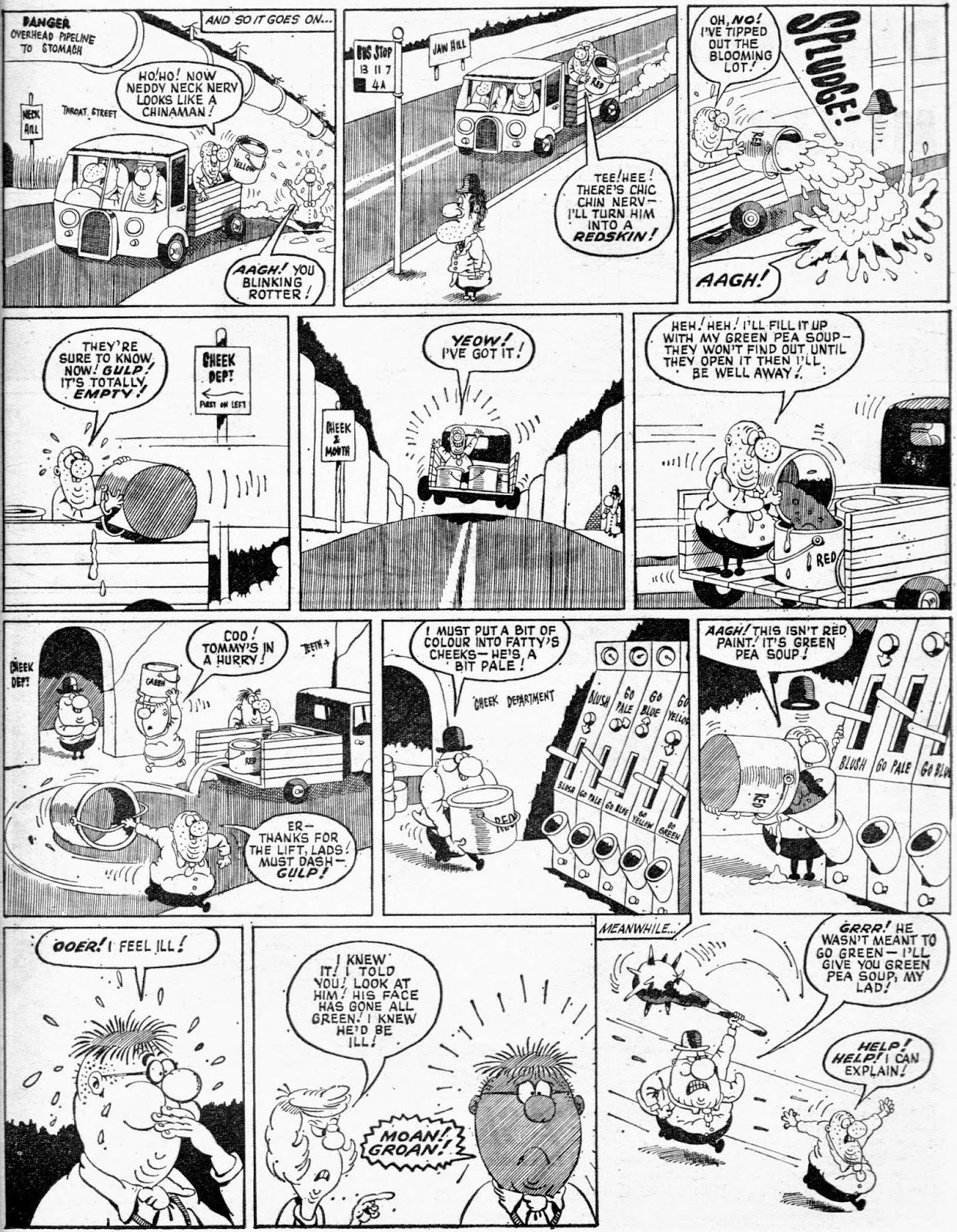 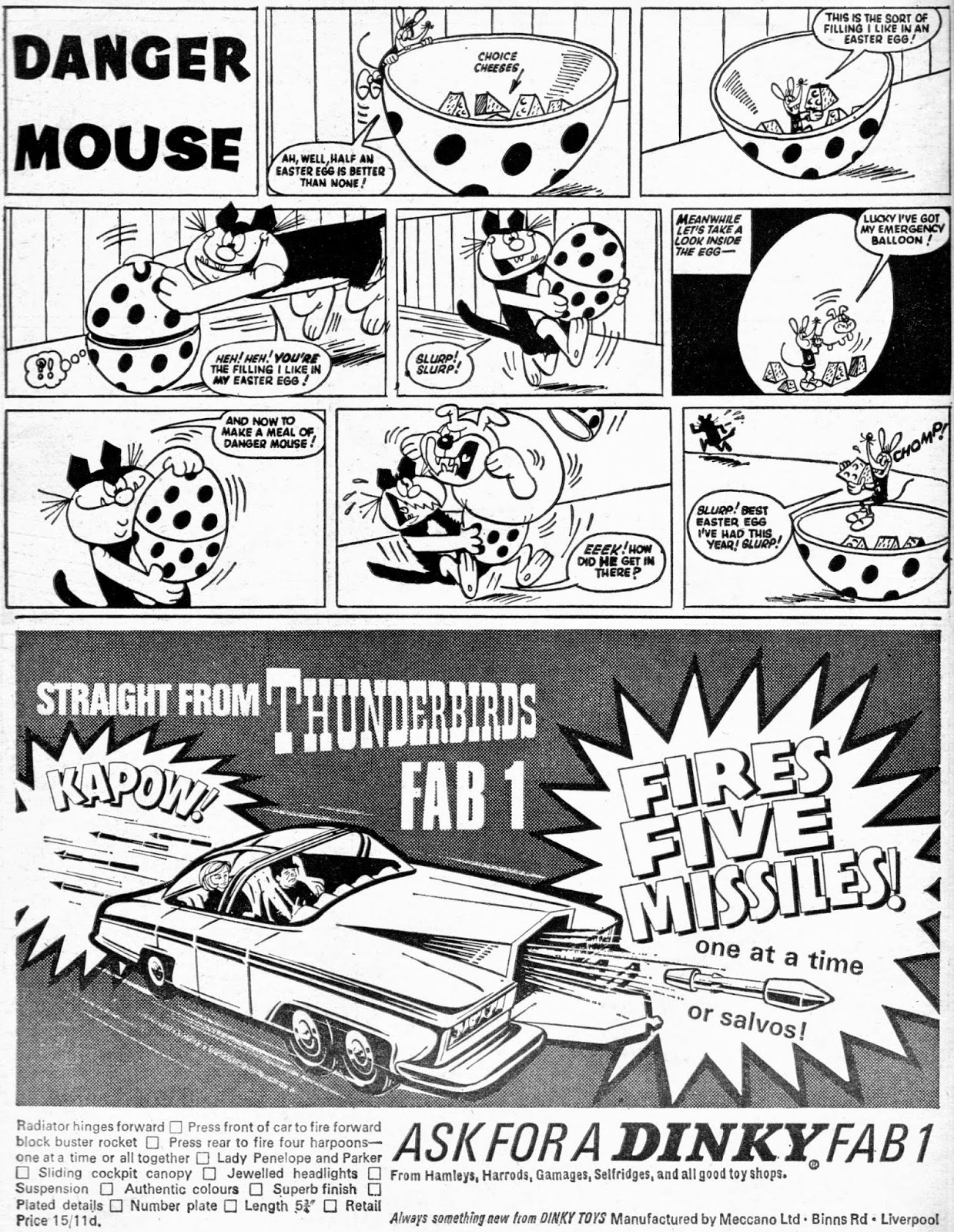 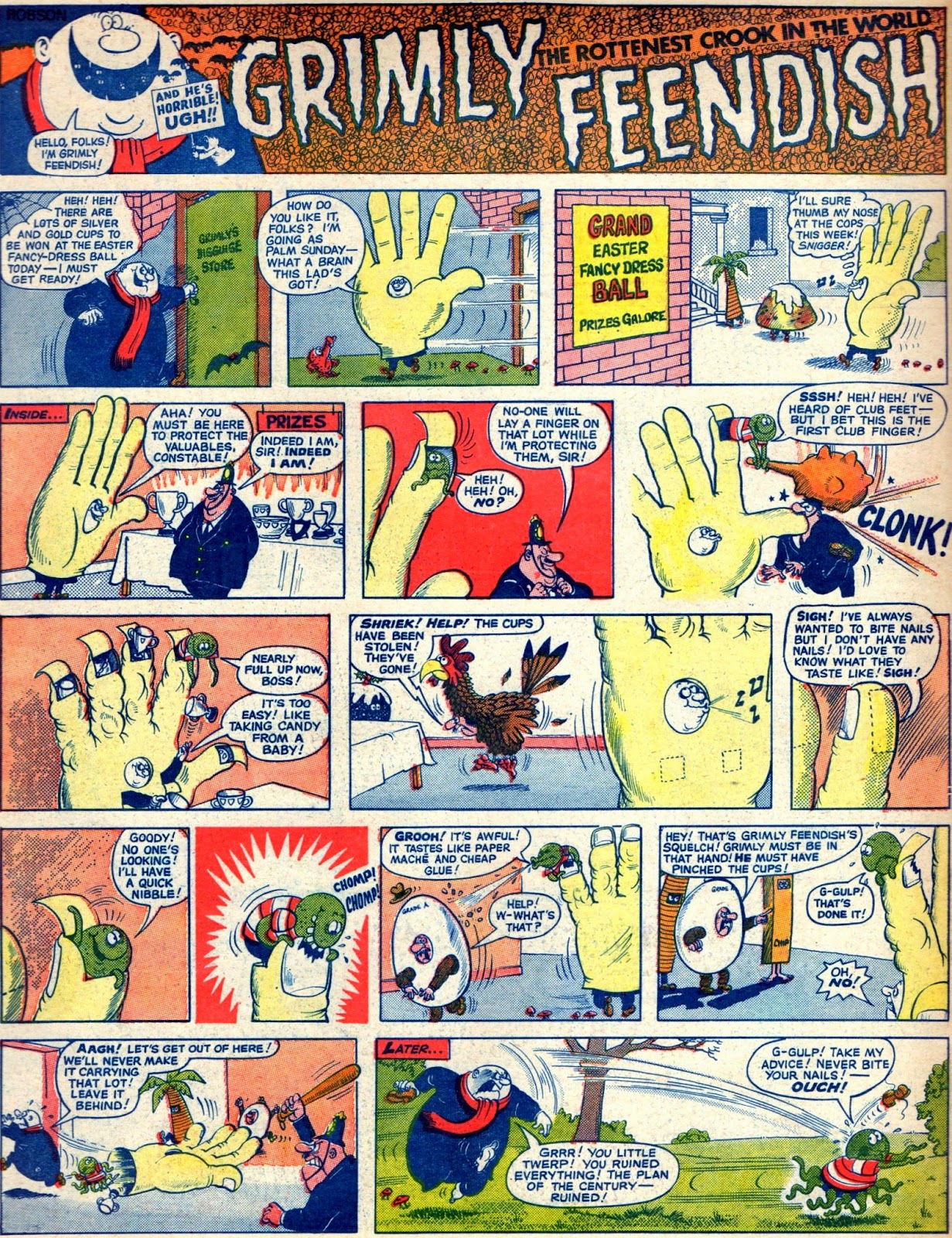 Great stuff seeing these again. loved the Frankie strip (did Ken Reid do anything below amazing during this time!?)Swots and the Blots was one of my all time favourite strips once Leo Baxendale took over the art in hi then new style - Ah the Nerves brilliant I ve forgotten was this pre Ken Reid taking over the strip and scaring the pants of the future publishers??

McScotty, I believe Ken Reid took over the Nervs in 1968 so, yes, this was before then. Did he do anything below amazing during this time? If so, I've yet to see it. Glad you're enjoying the posts.

And another Easter Smash comes to an end. It's never over till we see Grimley. It's been like having one of me old comics back again. Been a nice Easter, better than stuffing me face!

Always good to have a look back at the great things of yesteryear, eh, JP? Nice to know you had a good Easter.