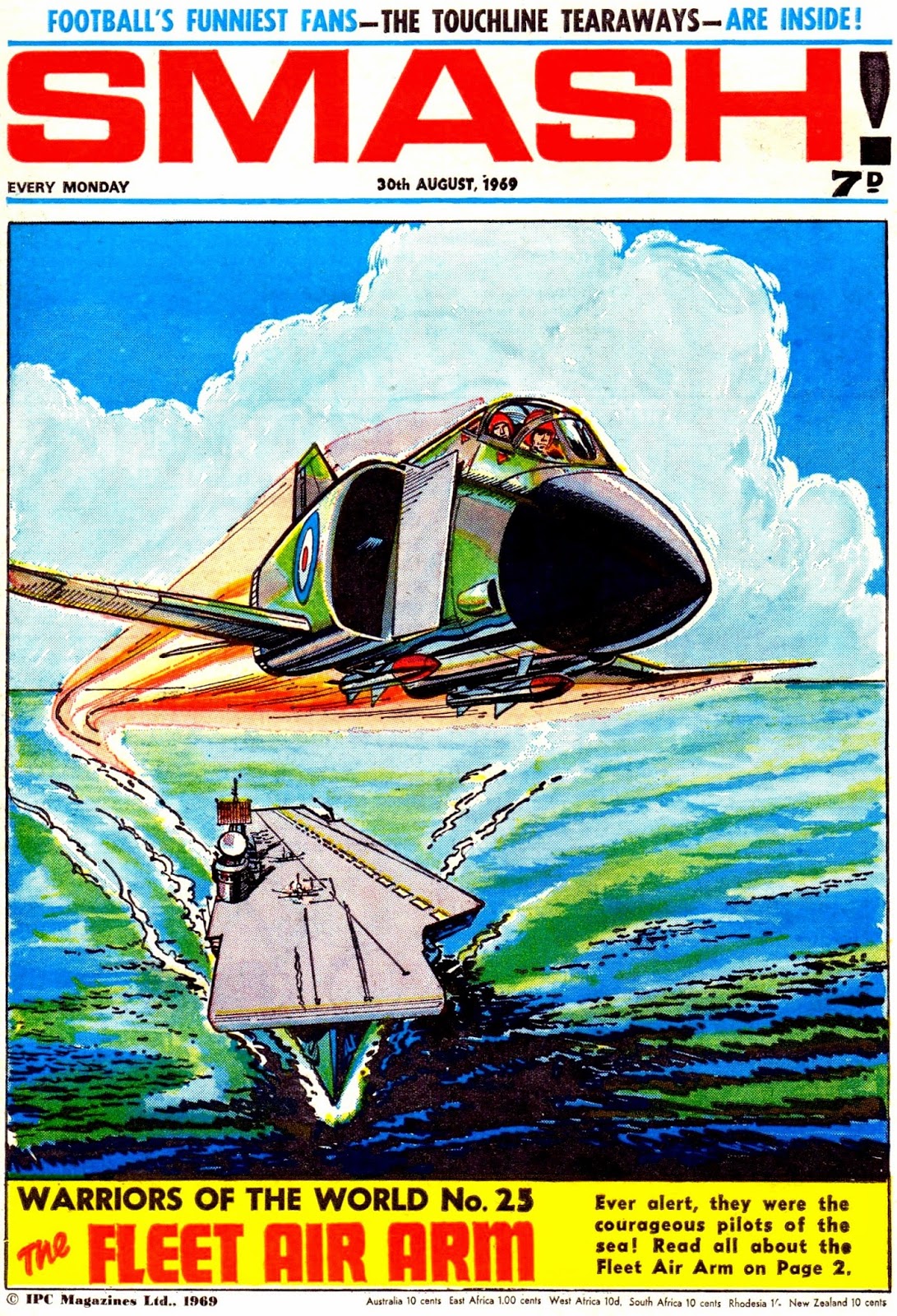 I'd imagine that American readers aren't much interested in U.K.
comics they've never read (or even heard of), but British readers of a
certain age are bound to get a big thrill at seeing the covers of one of the
fondly-remembered comics of their childhood - SMASH!  Looking again
at these covers takes me back to an earlier era, and I'm sure I'm not the
only one who finds himself recalling days of long ago as though they
were only yesterday upon sight of these images from the 1960s.

At 40 pages per issue, with each page containing twice the content
of a U.S. comicbook, Smash! was certainly great value for money at a
mere 7d  (about 3 and a half pence in decimal currency).  If only such
days could come again, and Great Britain could once more revel in a
thriving comics industry, as opposed to the rather lacklustre
remnant we have today.

If you've any thoughts on the matter, or any personal reminis-
cences about Smash! (like wistful recollections of a specific cover),
then the Criv-ites comments section is waiting to hear from you.
Come on now - don't be shy! 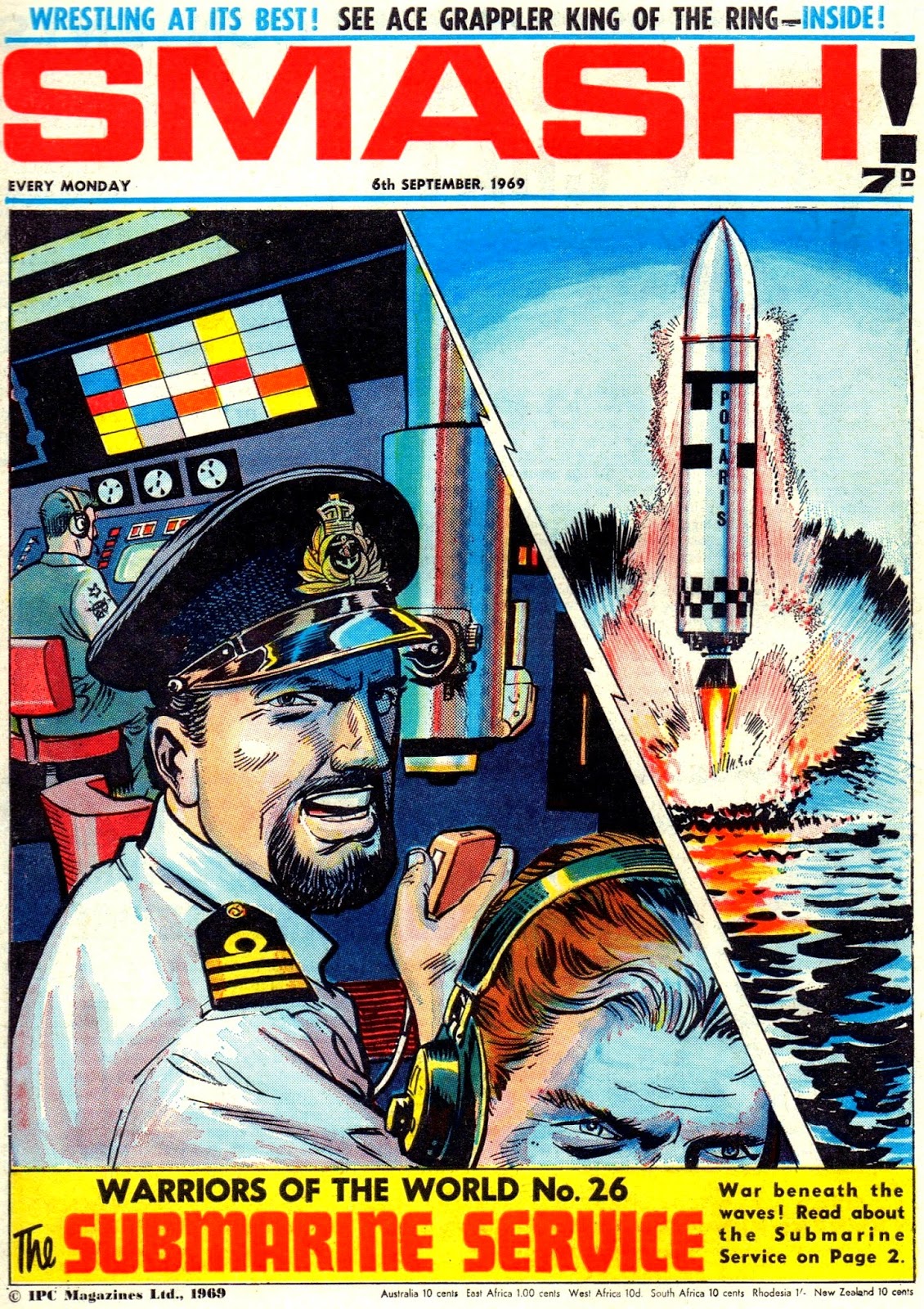 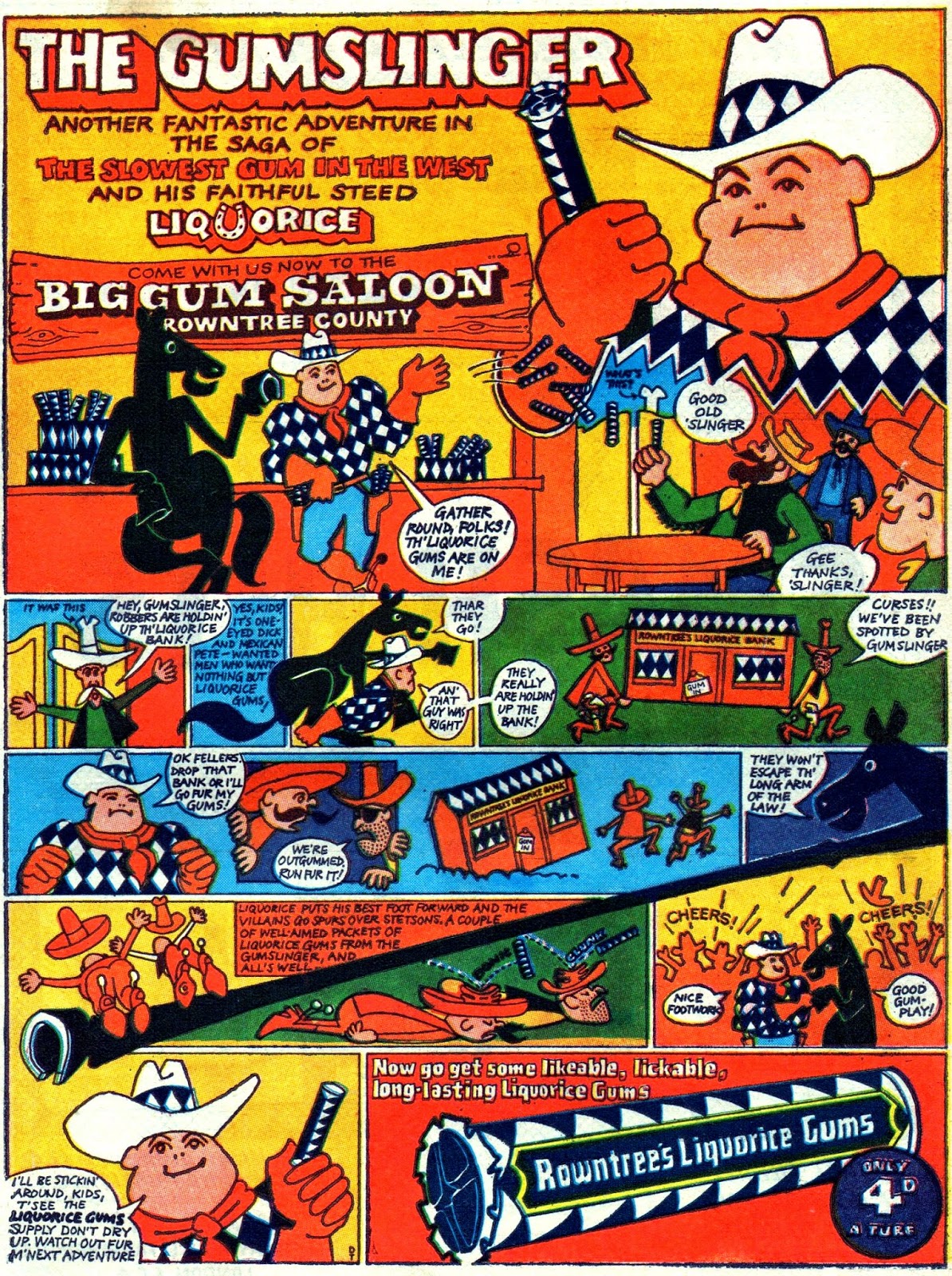 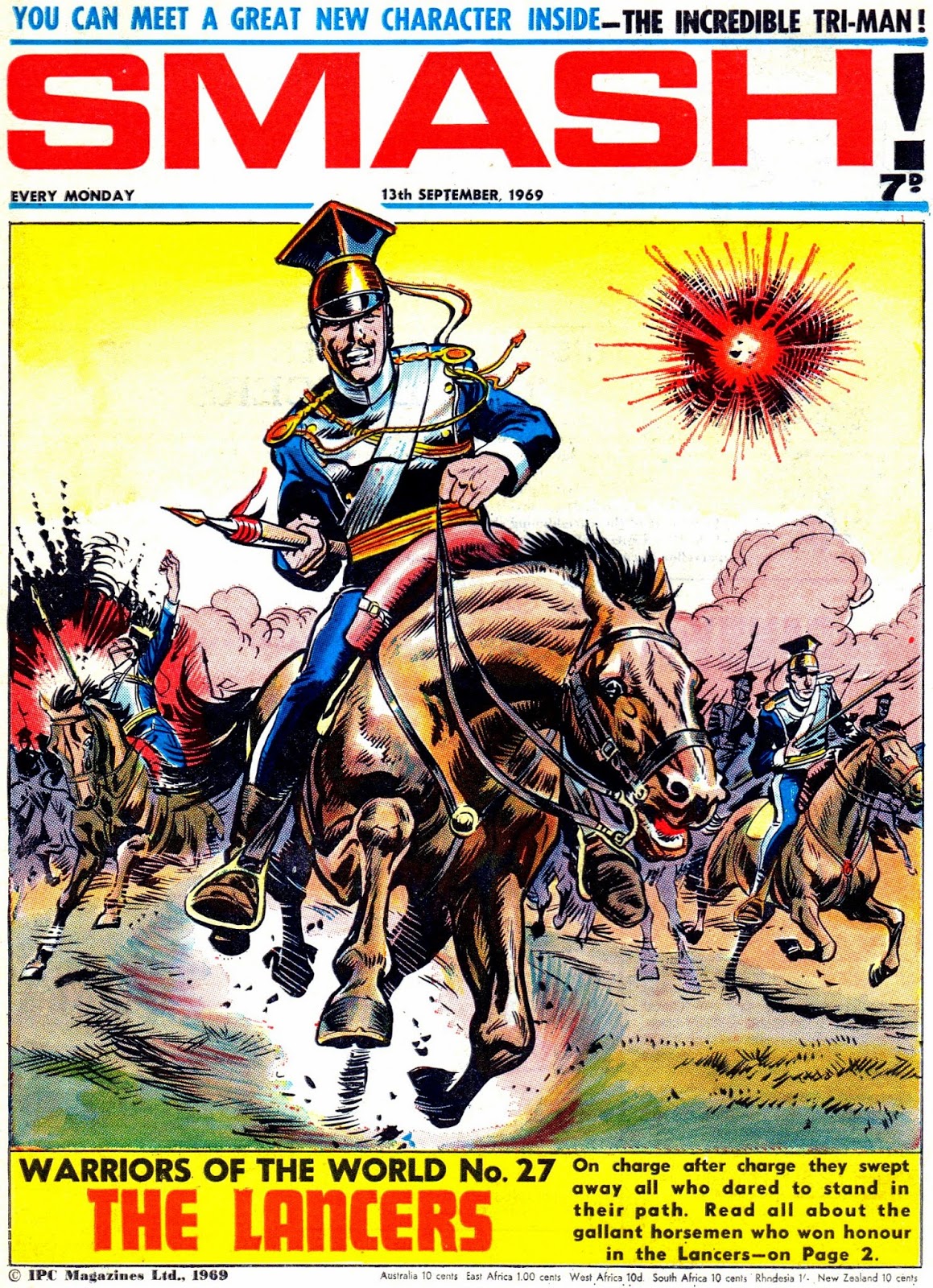 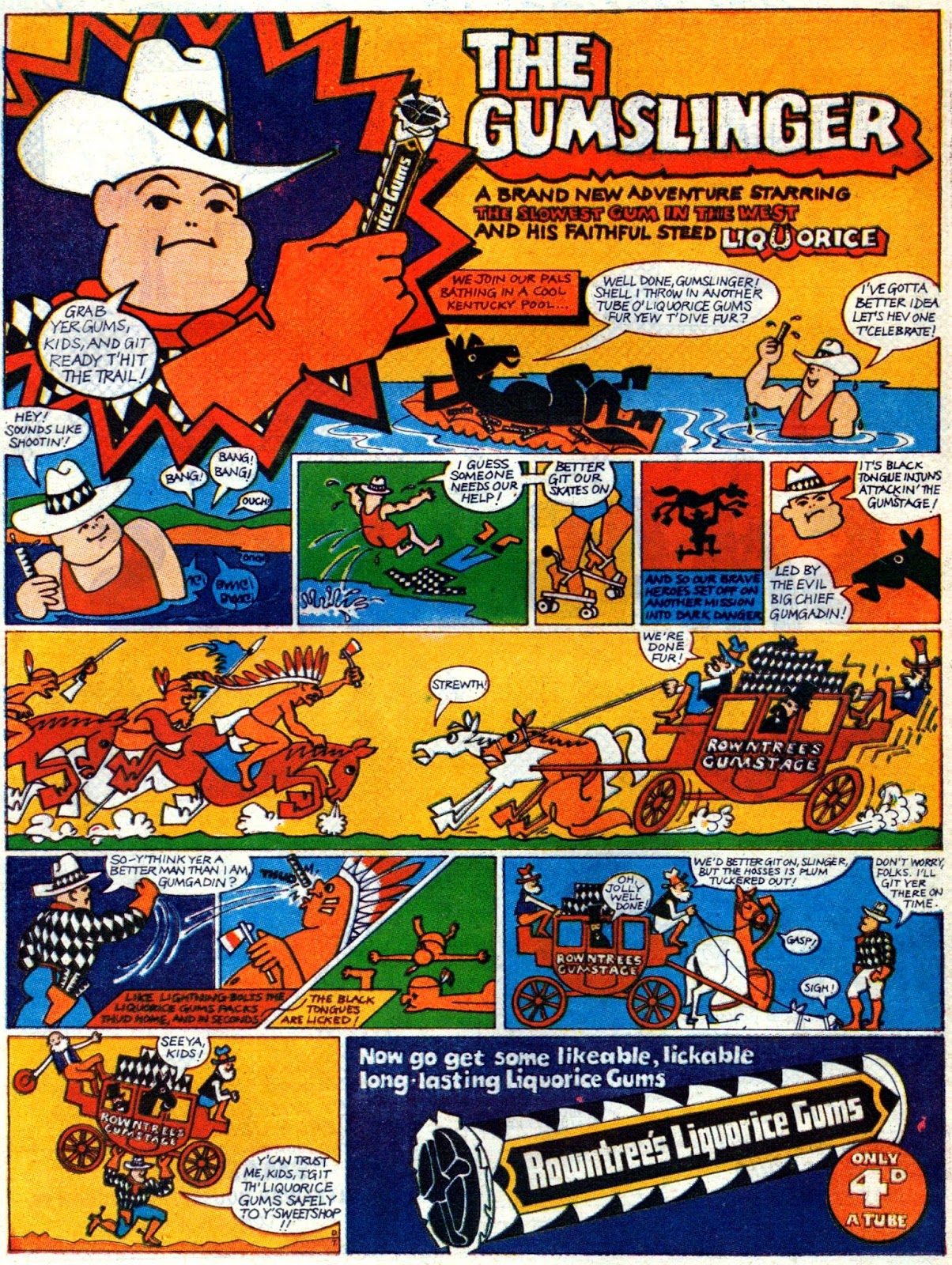 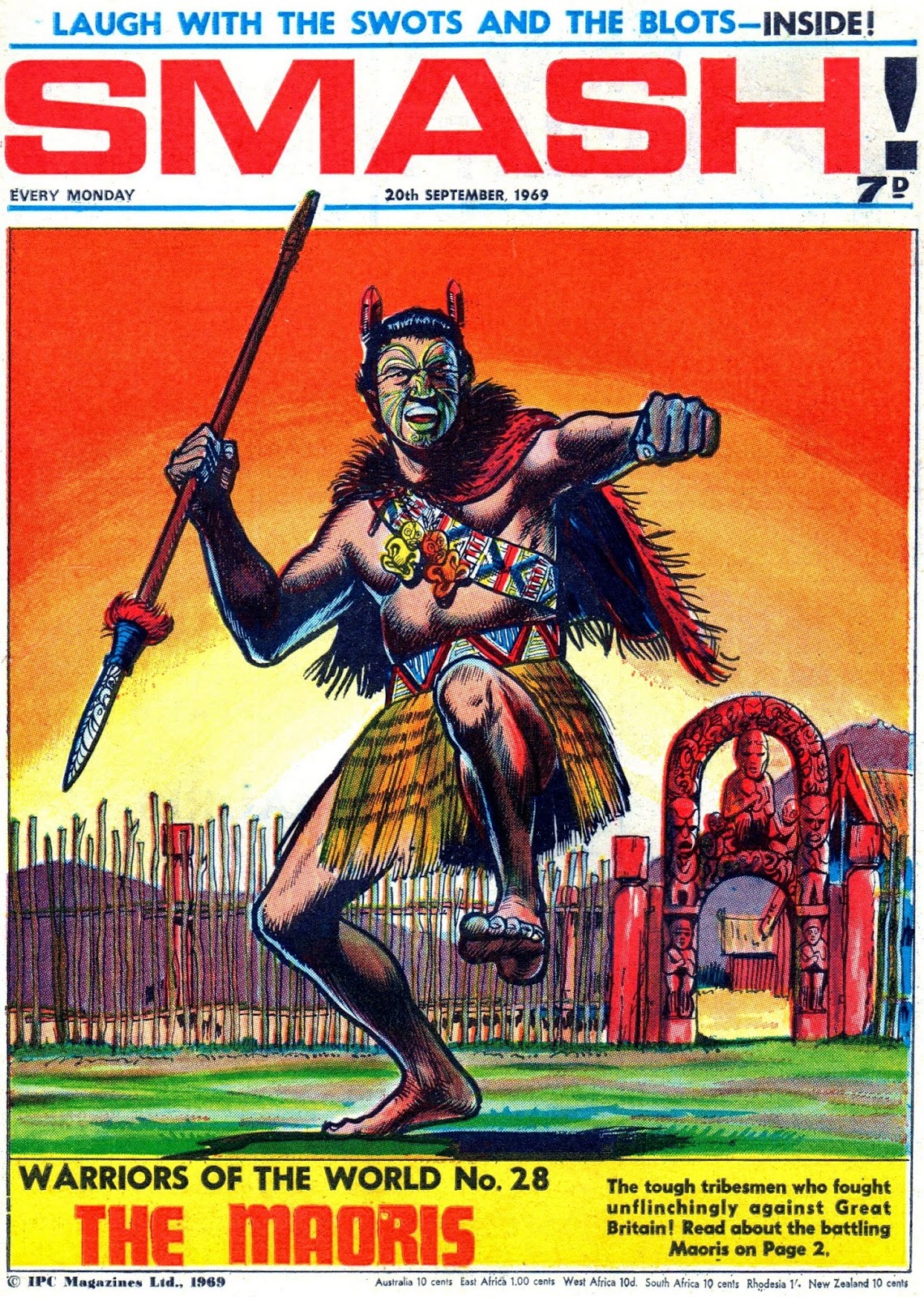 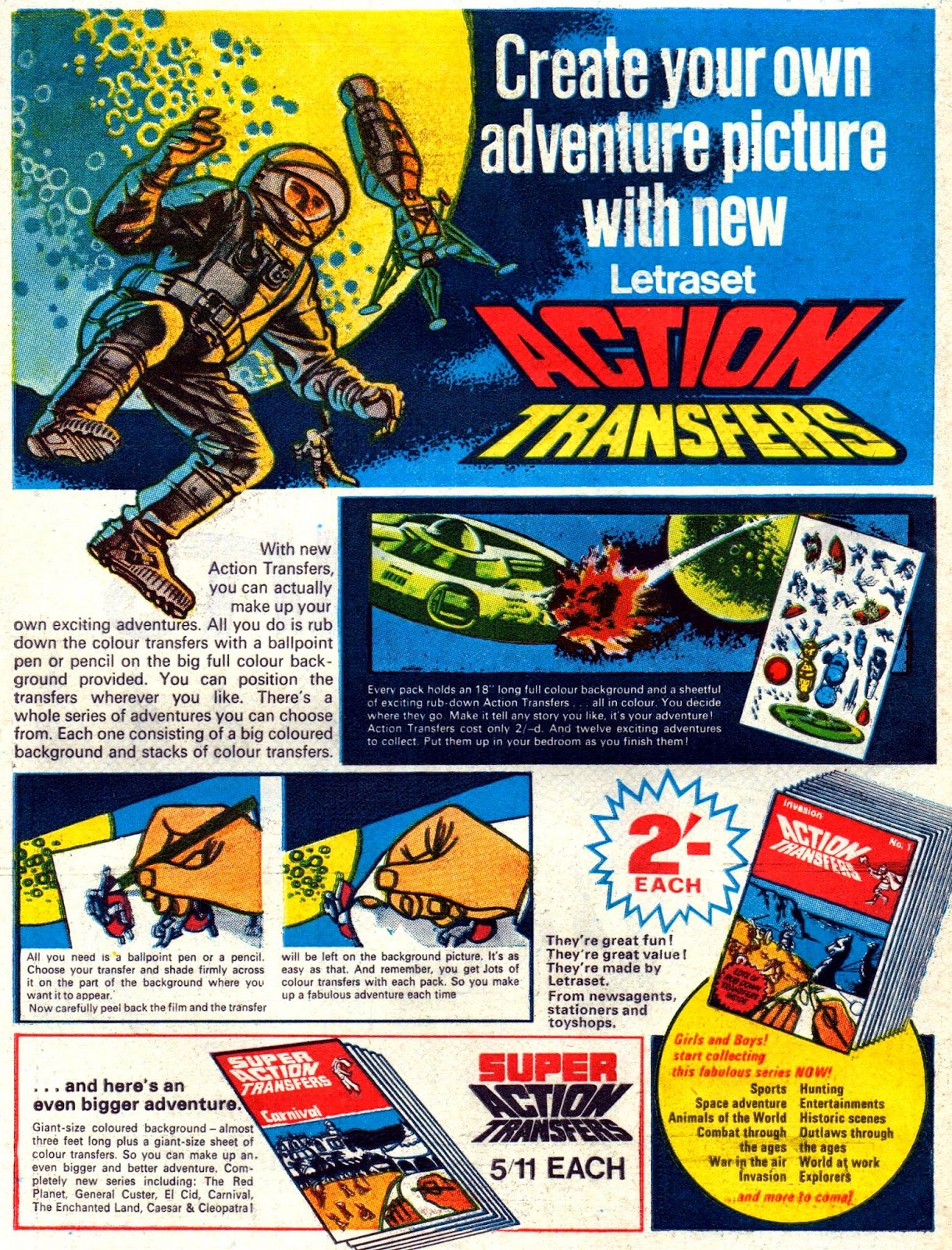 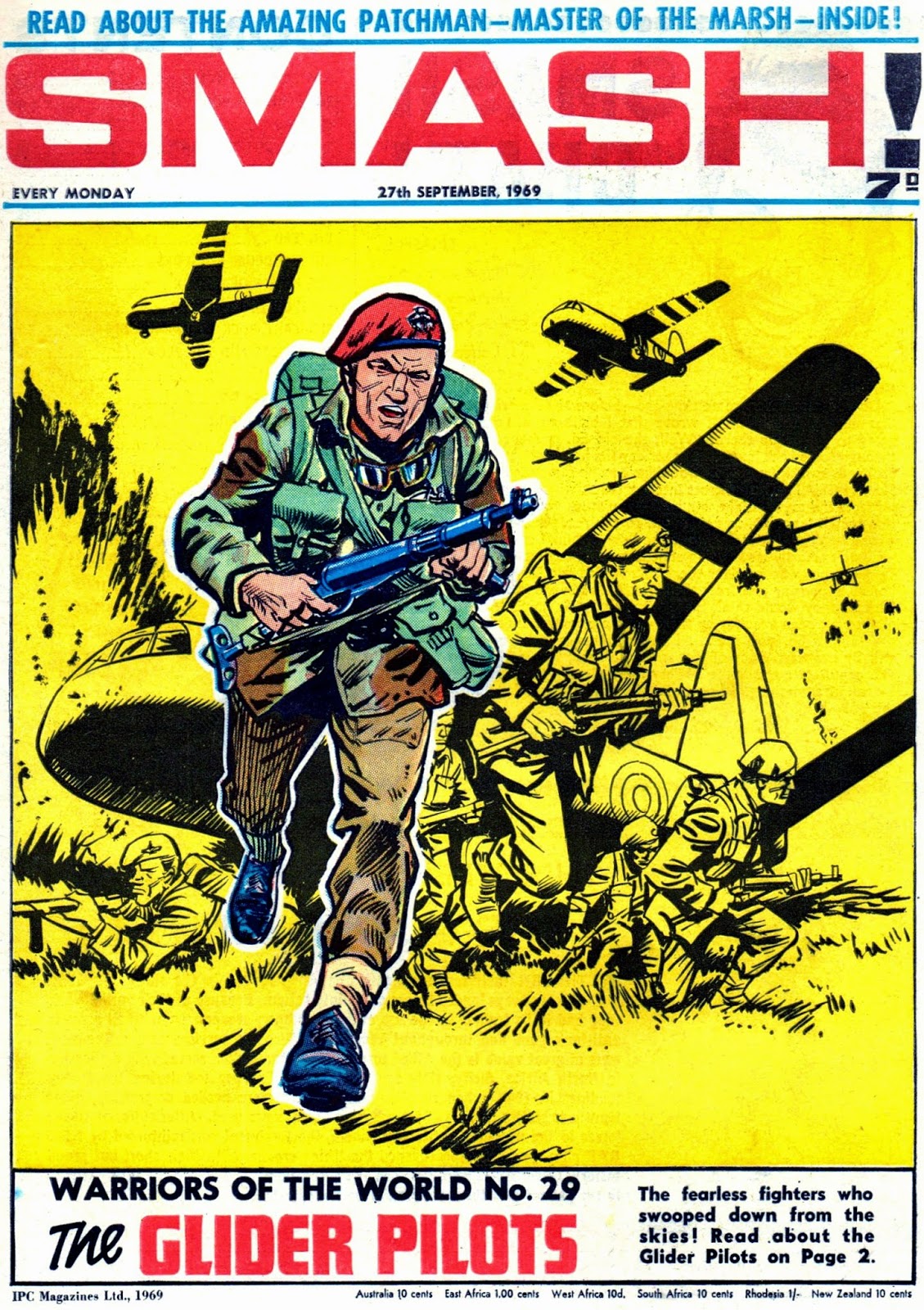 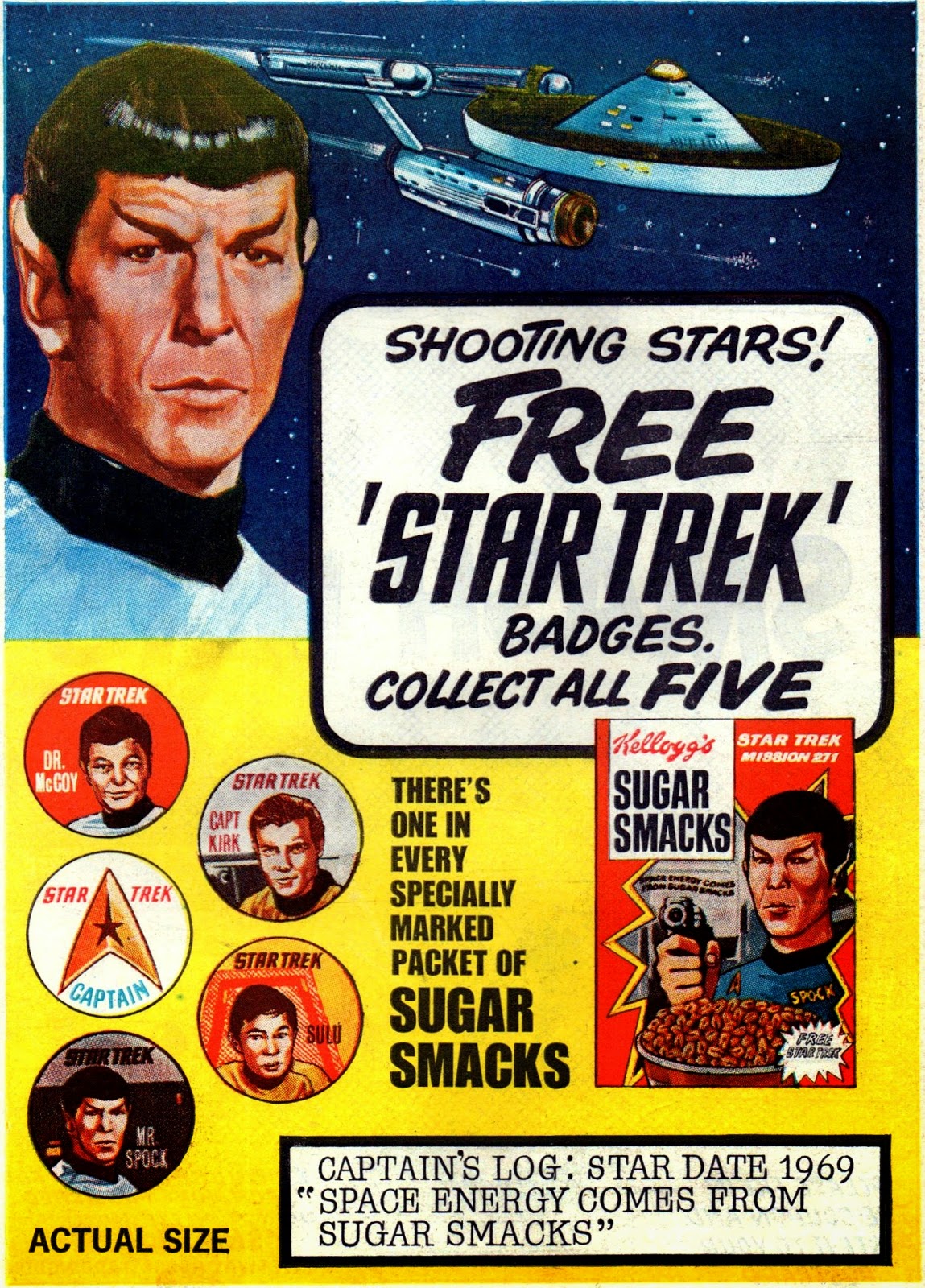 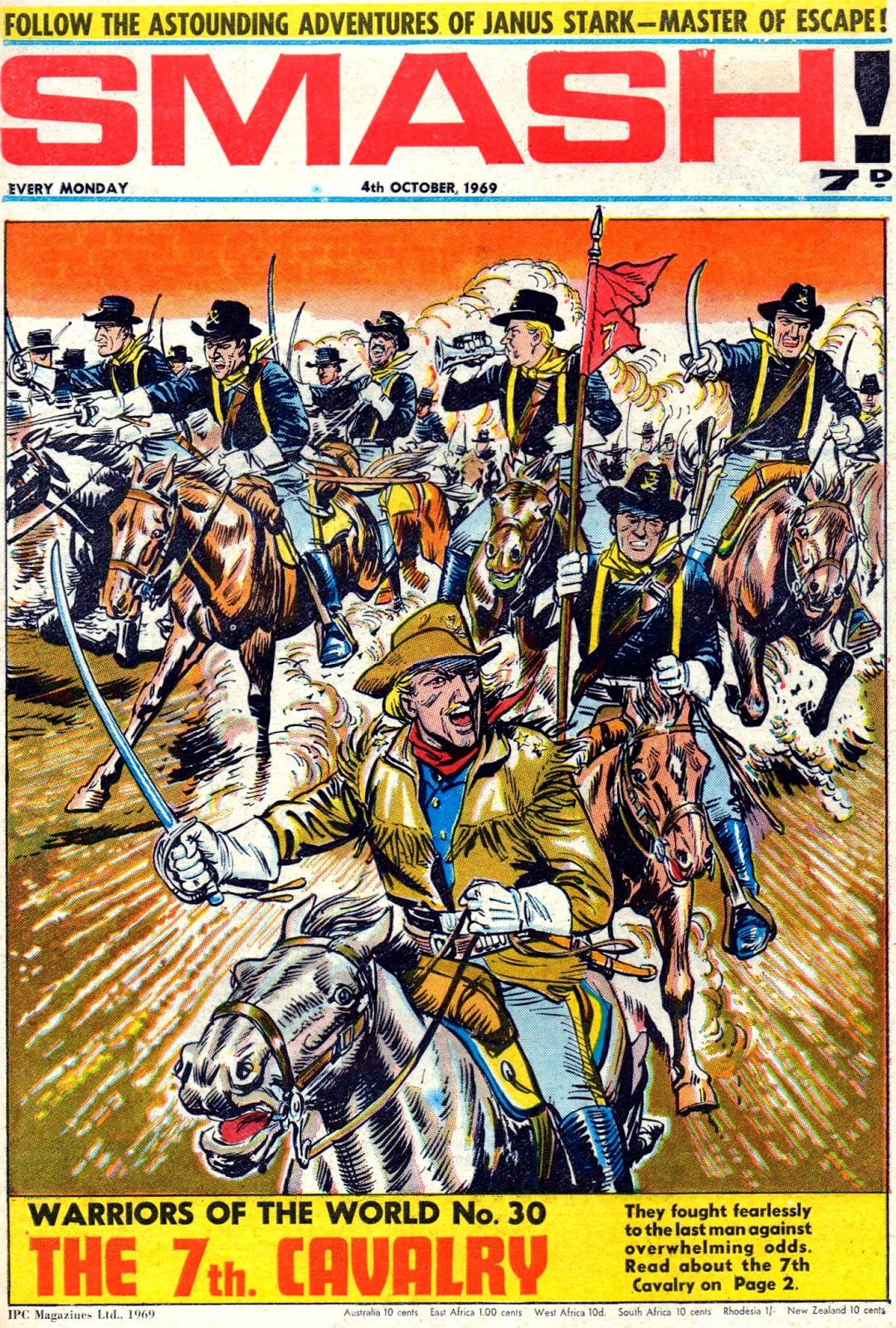 I'm not old enough to remember this comic but the last cover made me smile as one of my father's favourite sayings was "the 7th Cavalry have arrived" whenever the good guys turned up to save the day on a TV show. I never really knew who he was referring to.

Not that it did them much good at the Battle of the Little Bighorn, CJ. I think the 7th Cavalry could've done with the assistance of the other six.

I have no memories of this comic.
But wait a minute what is that ad for?
Letraset super action transfers.
I loved those.
And I recall the packs came in larger sizes too.
Oh my poor synapses are lighting up!

I don't think Letraset do these rub-down transfers any more, Baab (apart from letters), which is a great shame. I remember them too.

Do Letraset even do rub-down lettering anymore? I'd have thought that would have been obsolete by the coming of desktop publishing...

And that Enterprise in the Star Trek Badges ad looks a little, er, off model I believe they say these days.

I think the Art Store in Glasgow that I use still has rub-down letters, BS, but as to whether they're by Letraset or not, I'm unsure.

Yeah, the Enterprise top is certainly dodgy, but that's a good painting of Spock.