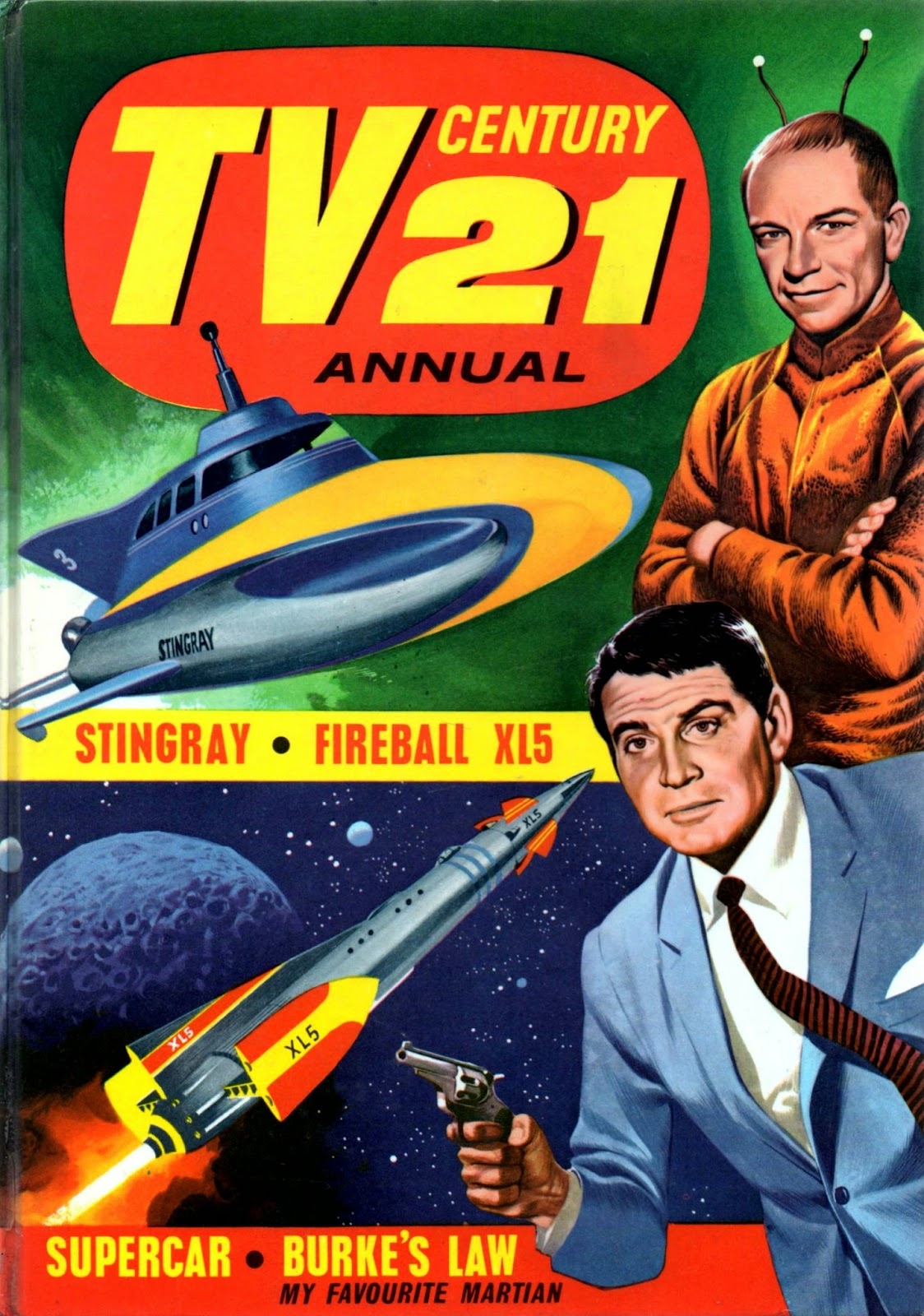 I first laid eyes on the very first TV CENTURY 21 Annual
for 1966 in the CO-OP's KRAZY-KUTS (a shop in my home town)
towards the end of 1965.  I got it as a present for the first Christmas in
our new home, but because I had initially seen it while still living in our
old one, I tend to associate it with both, 'though more the former than
the latter (former in the sequence of that sentence, I mean - not
in the actual history of events). 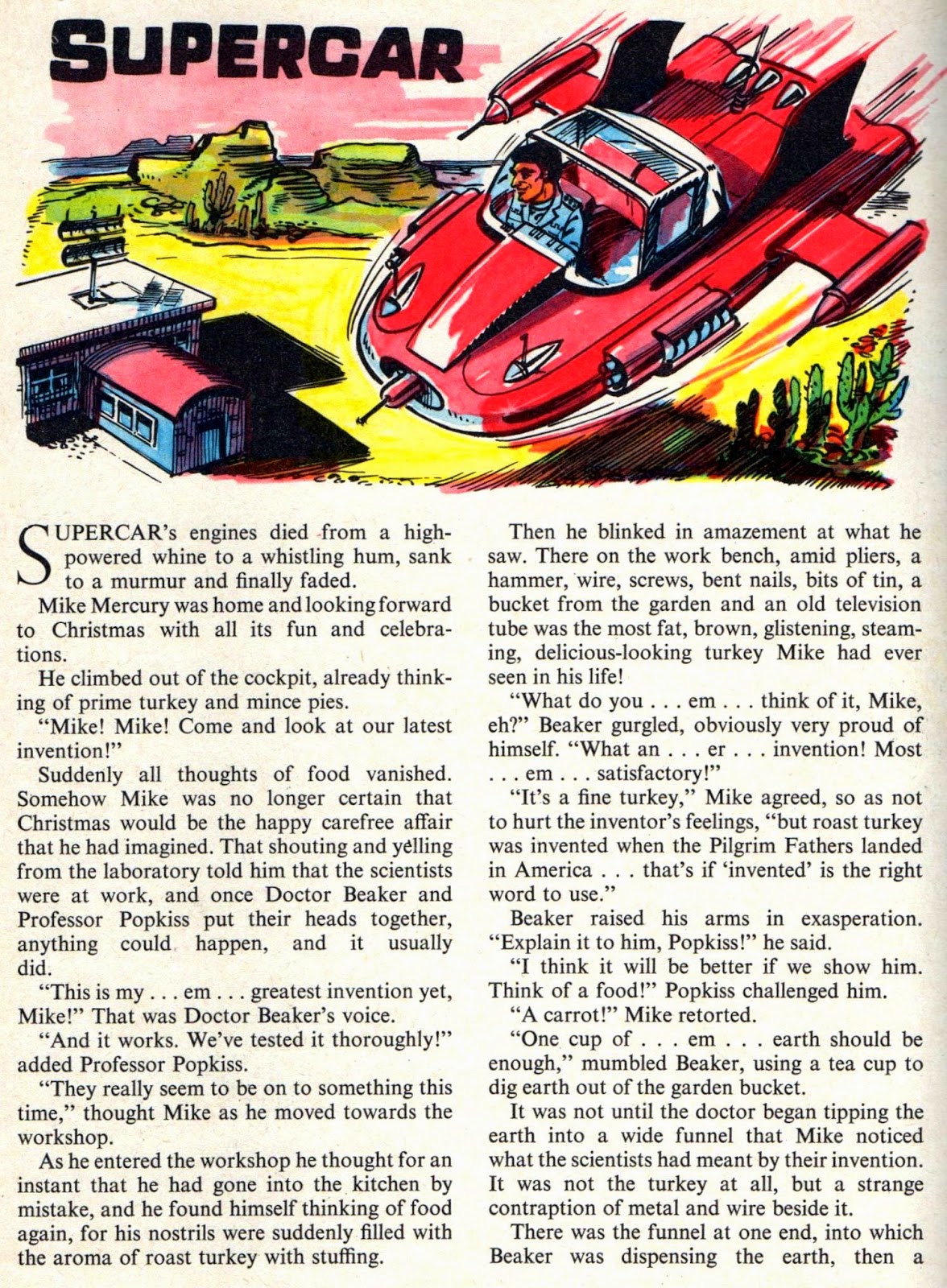 I managed to obtain a replacement for my childhood copy more
than 30 years ago, and have since acquired another two, making, er...
(where's my fingers?) three copies in all I now possess.  The most recent
one I acquired for a mere fiver on eBay - in great condition too - while
other sellers were asking up to £75 for the same book, none of them
being one whit better than the copy I bought.

I have fond memories of that Annual, and I remember a couple
of my pals also having it way back when, but one thing I realized only
recently is that I never bothered reading any of the text stories or fea-
tures (with the exception of the one about the VASA) contained with-
in its RON EMBLETON illustrated covers (at least, the front cover
was - the back was blank apart from the TV21 logo).

So, unfinished business I thought, and promptly sat down to
read them (and all right they were, too).  It may have taken me almost
50 years (48 years and eight months, to be precise), but I've now finally
finished reading the Annual I first got as a young boy most of my lifetime
away.  Know what?  It feels good to complete something, however long
it may have taken me.  One day I may even get 'round to finishing the
room I intended to start decorating almost 27 years back.

What's that they say about procrastination?

Incidentally, there are quite a few text stories and features in the
Annual (as well as picture strips)  - these are just some of them. 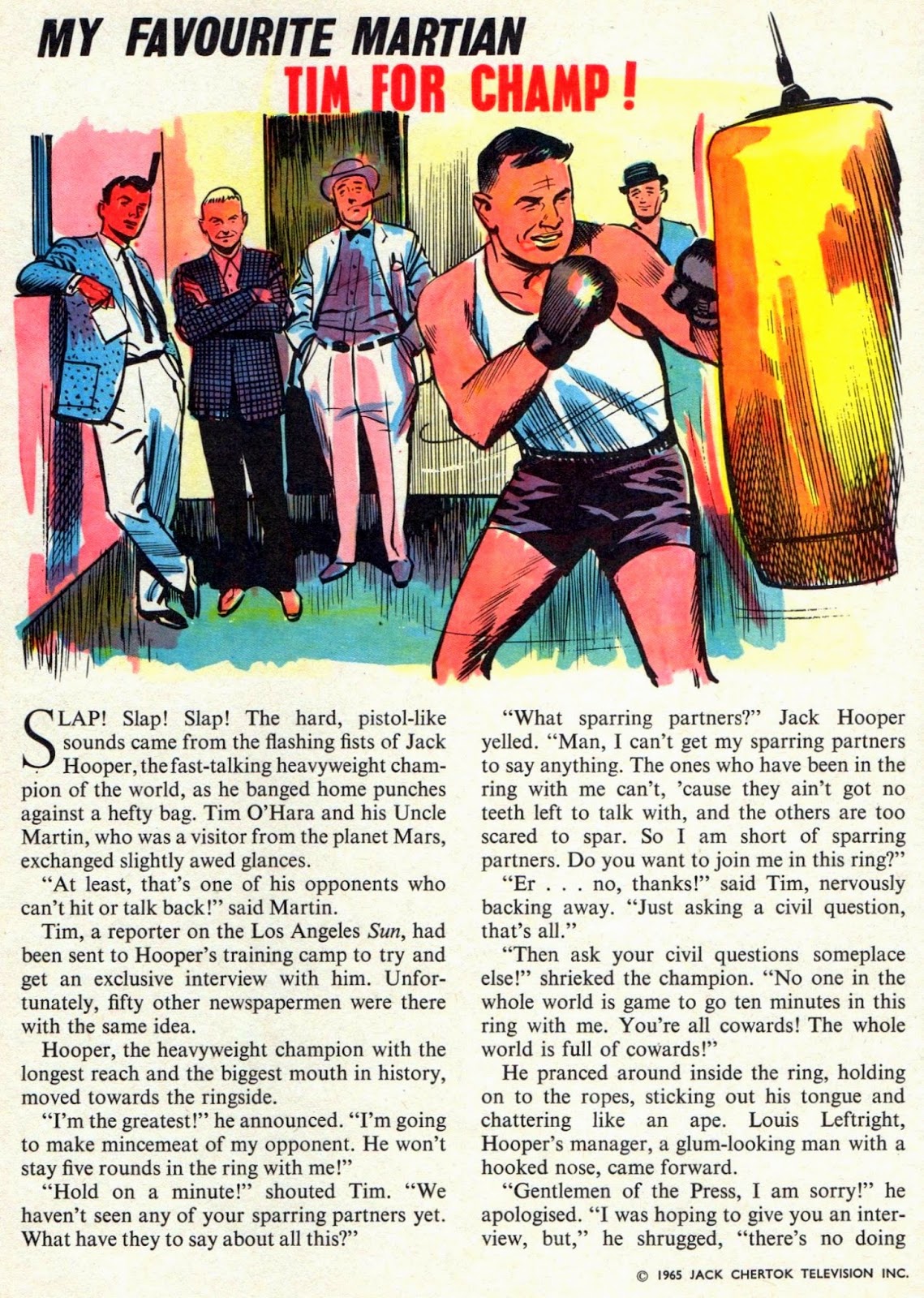 Strange seeing the cover of that annual with "My favourite Martian" prominent on it as I don't recall seeing this on UK TV (certainly not in Scotland at any rate) In fact I don't think I have ever seen this TV show . I recall the rest, even "Burkes Law" with Gene Barry (who I recall even more vividly from a show called "The Name of the game" that seemed to be on TV all the time -

I first laid eyes on it in my parents' Brian Mills catalogue and got my mother to order it along with the first Dr. Who annual for Xmas. And what a brilliant one it was that year, as I also found The Dalek World AND a Chad Valley projector in my pillow -case!
I still have all 3 original annuals, but sadly, not the projector.
To quote a catchphrase, " If Carlsberg made Christmases, they'd probably have made that one!"

I don't think My Favourite Martian ever was shown in Scotland, McScotty. I certainly never saw it and neither has anyone I've ever asked about it. Notice that although Uncle Martin is prominent on the cover, his name appears to have been an afterthought.

Hold on to those Annuals, JP, they'll be worth a pretty penny - especially that Daleks one. I've got the first Dr Who Annual, but I never acquired it 'til many years later.