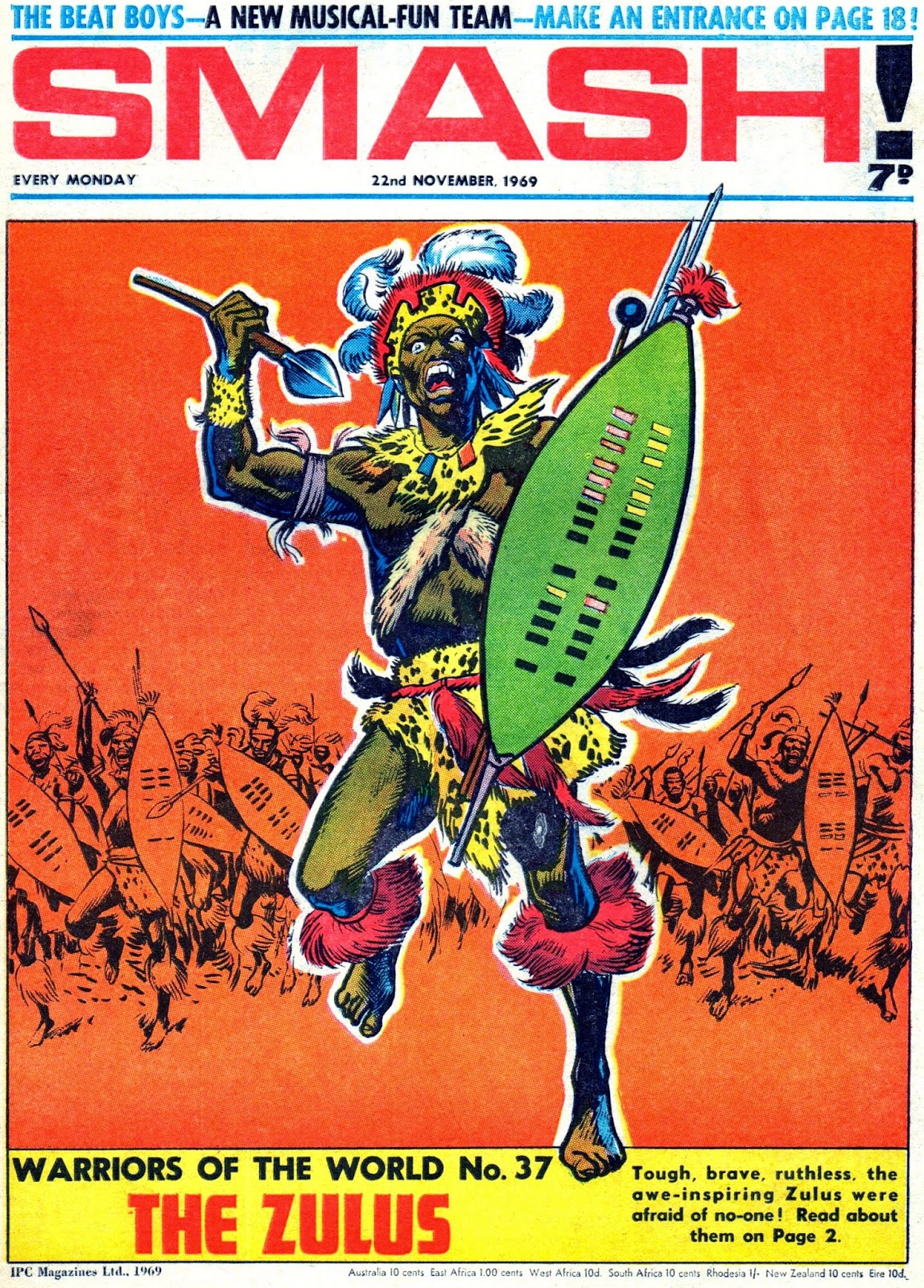 With the relaunch of SMASH! in March 1969, a new feature
appeared on the cover every week which effectively numbered each
issue.  WARRIORS Of The WORLD started at #1 from the first new
edition and continued right up 'til #41.  The Christmas-themed cover was
actually #42, but later collectors could be confused by the fact that the
43rd issue continued with WOTW #42, perhaps giving them the
impression that they've got an unbroken run when they might
actually be missing an issue.

So, unless you've got that Christmassy covered comic nestling
between WOTW #41 & 42, then your collection is incomplete.
Better get on eBay right away and start tracking it down.

The good thing about that Christmas cover is the fact that it
conjures up memories of the old Smash!  In fact, if it weren't for
the new masthead, it would fit right in with the ODHAMS PRESS
incarnation of the comic.  To think that I was a mere primary school
pupil when these six comics first went on sale is mind-boggling -
it seems like only yesterday, not 45 years ago! 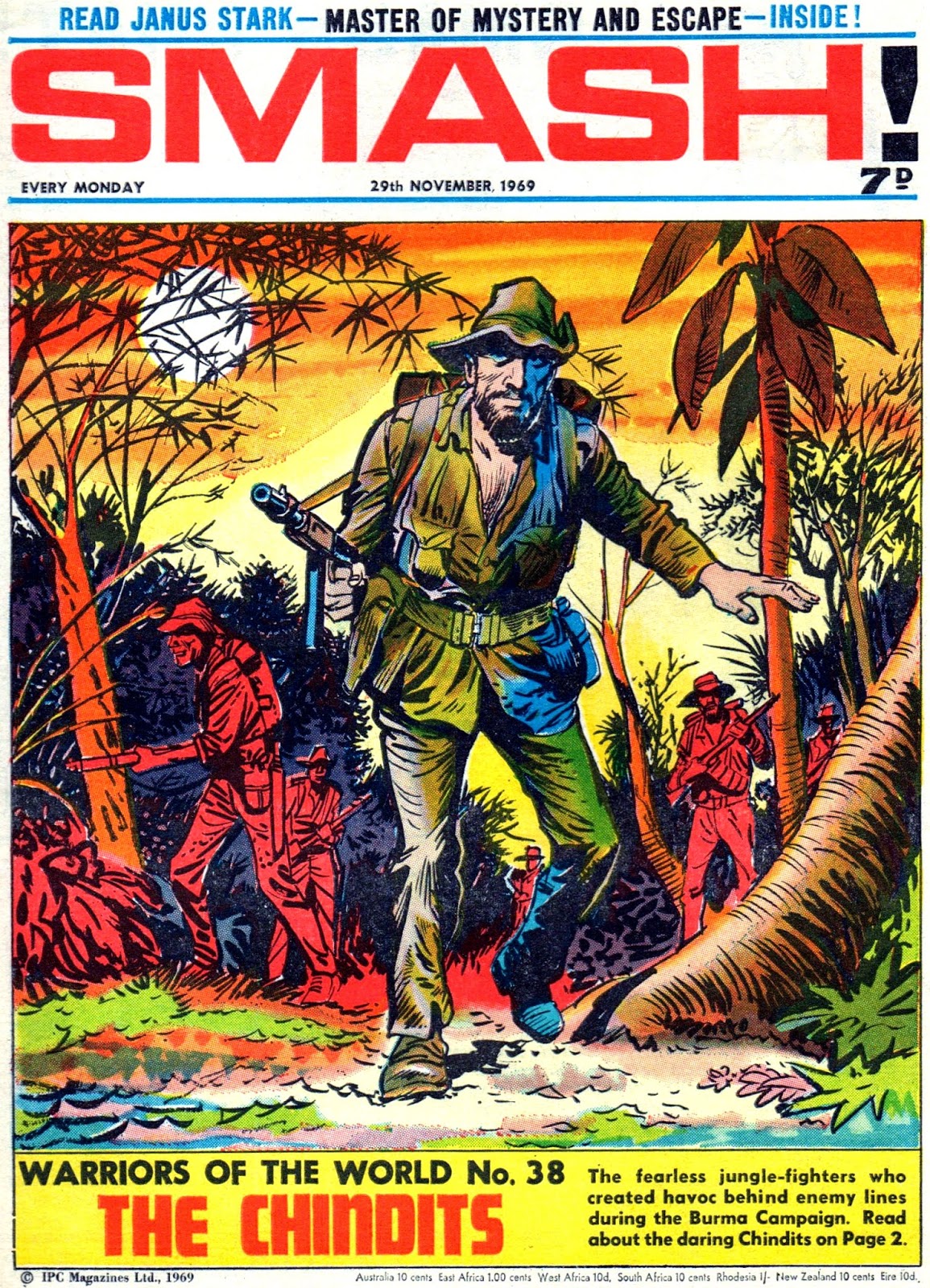 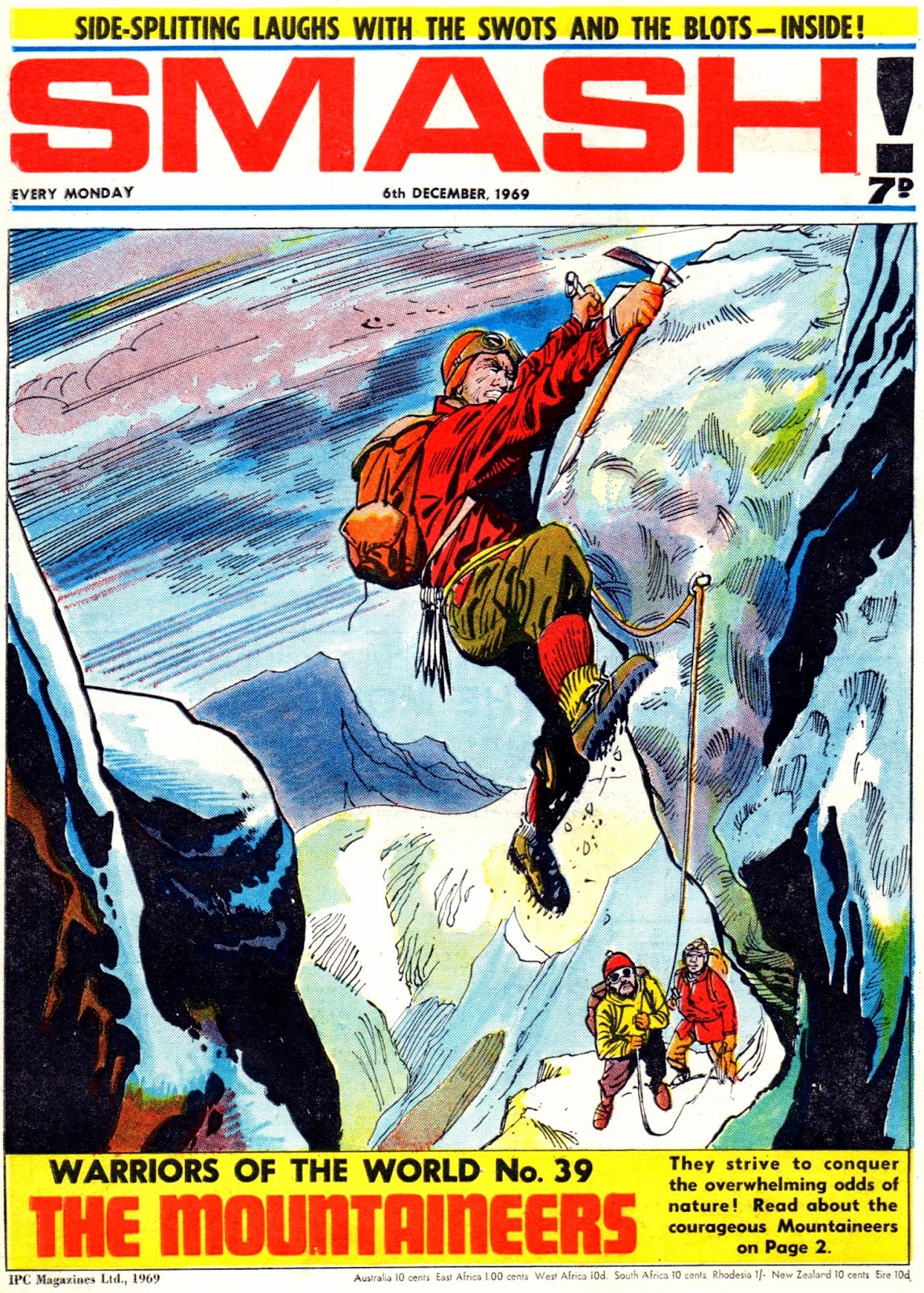 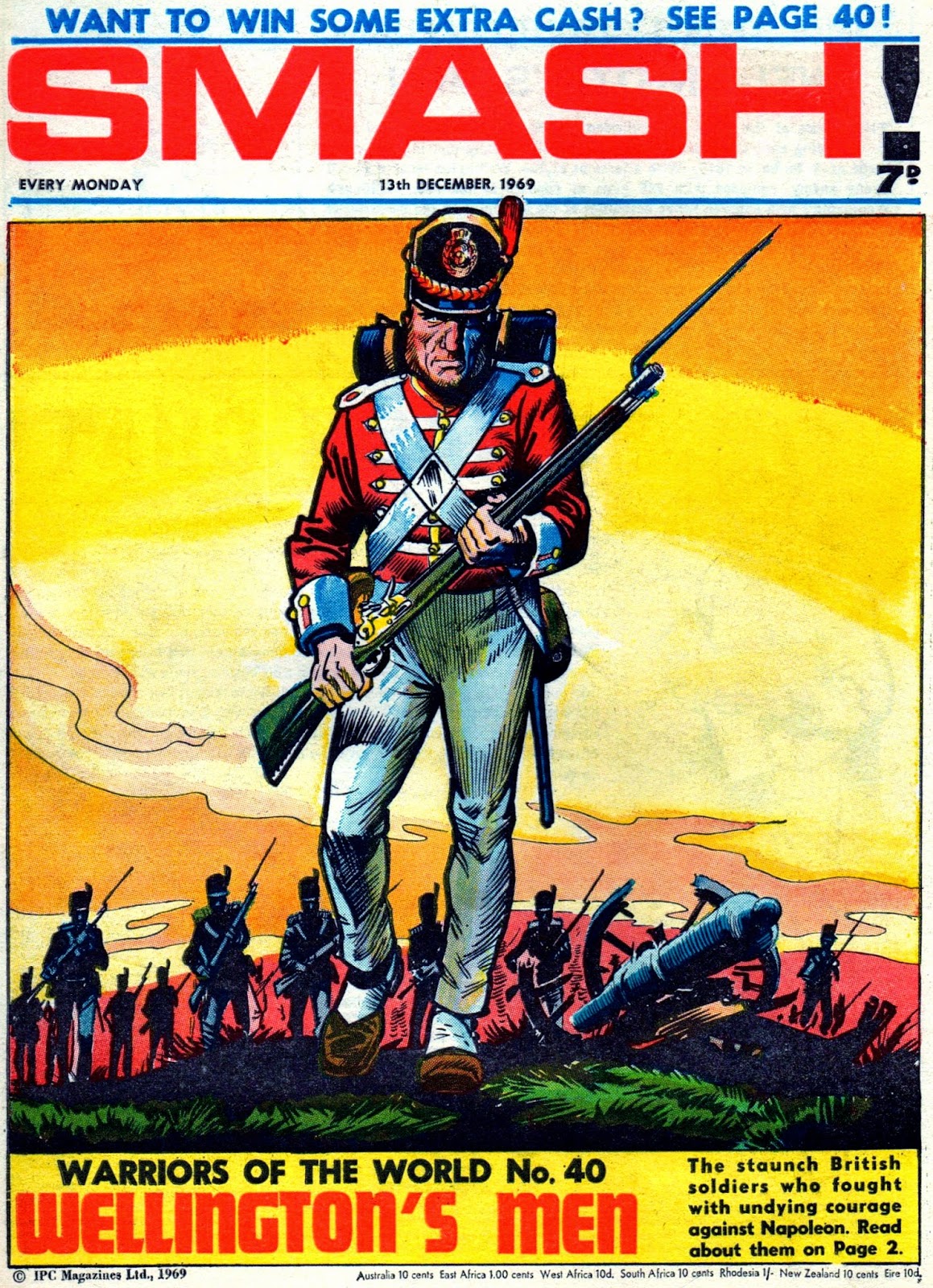 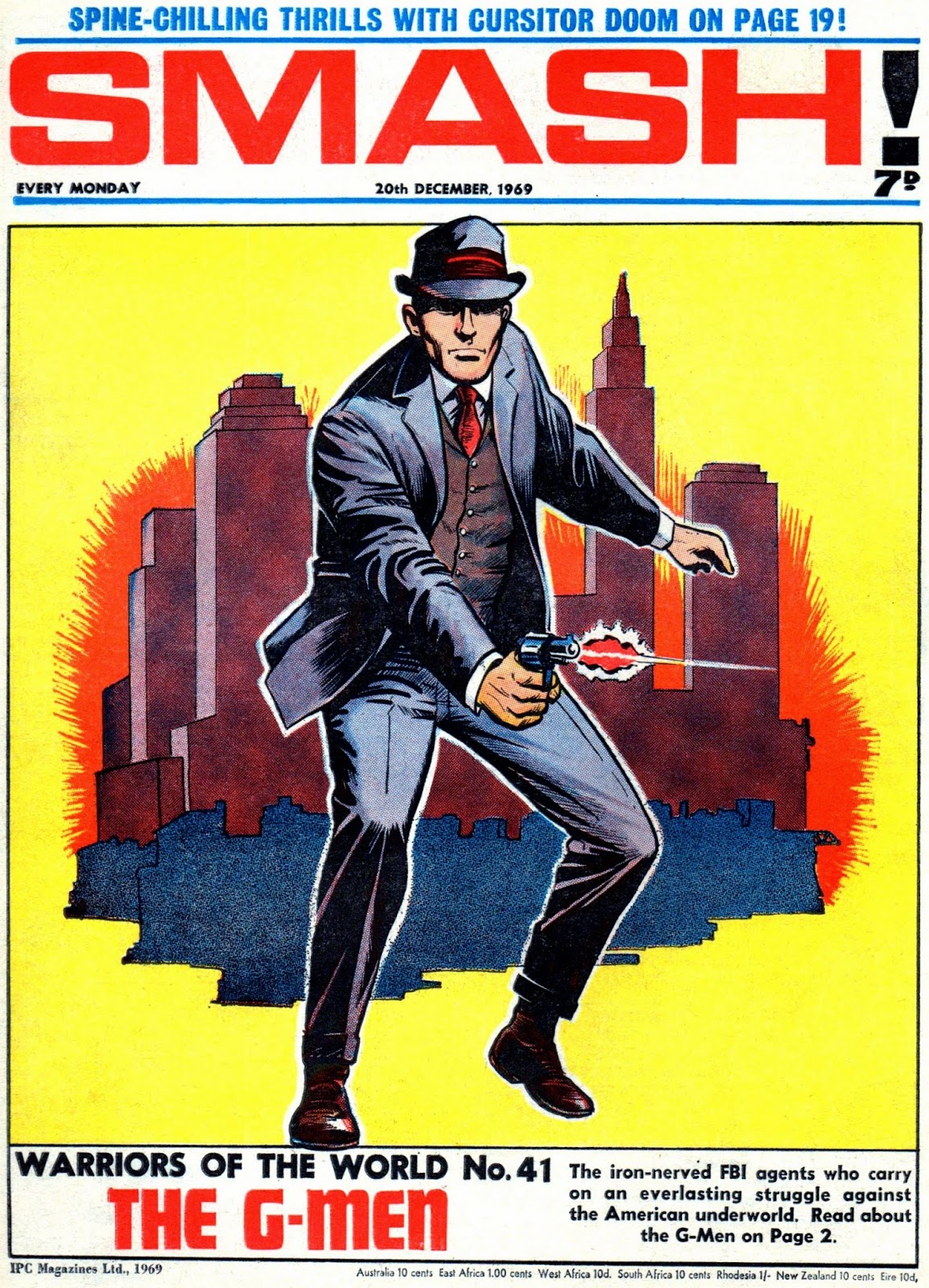 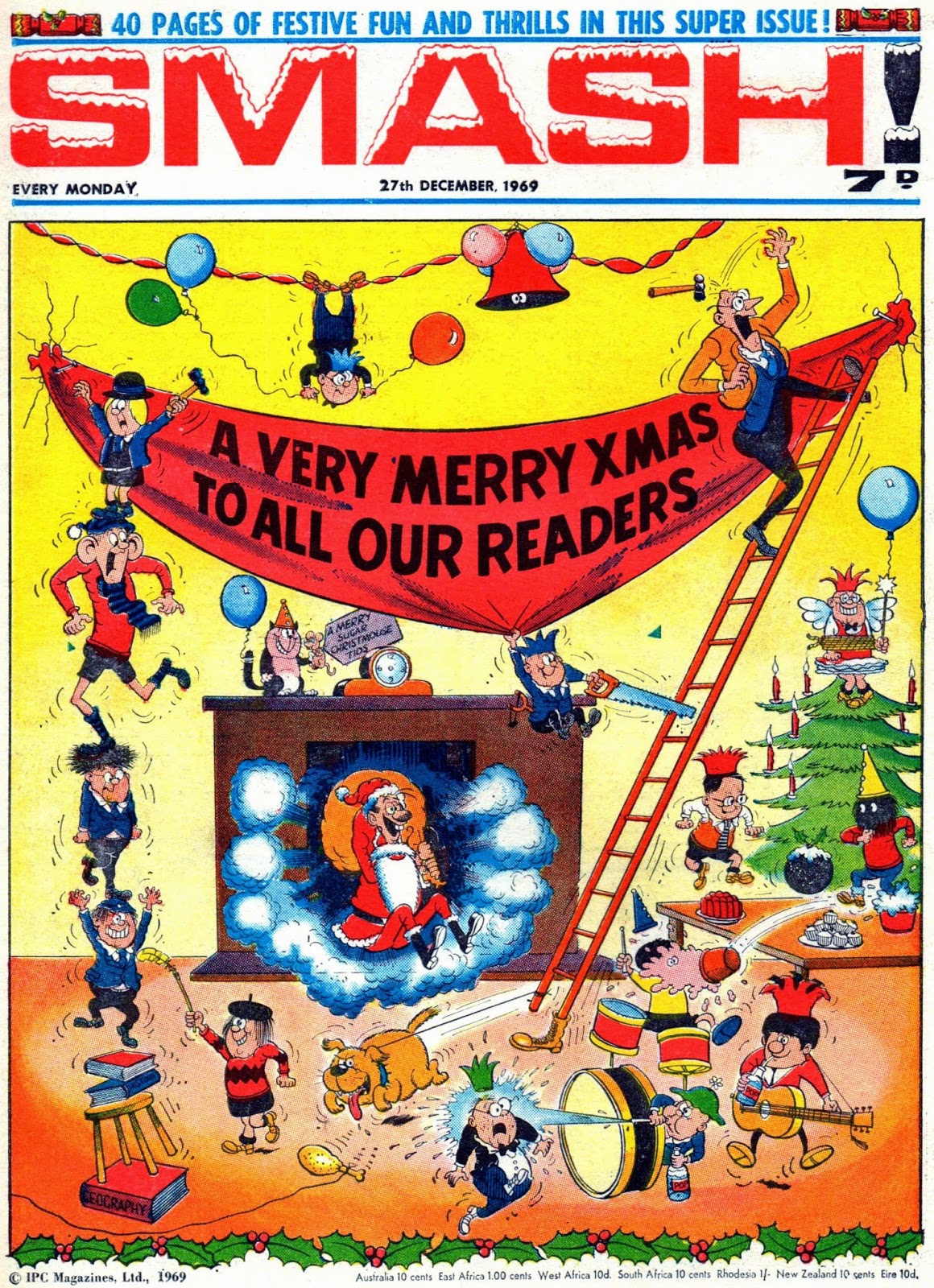 This Christmas cover is pretty hard to find. - First time I've seen it!

Apart from the time you saw it on this blog a year or two back and forgot about it you mean, eh, JP? (Yup, I've shown it before.)

I guess I must have then - I have been through them all. BUT I have seen other Smash cover galleries with this one missing.

If I remember correctly, JP, I published it as a Christmas post called 'Having s Smash-ing Christmas'. It includes a Baxendale Bad Penny strip.