A little over four years ago, I published a couple of posts about PERRY RHODAN, a comic strip which first appeared, so I'm led to believe, in a German newspaper in 1961.  In 1967 there was a movie, and I happen to have the first 7 issues of a comicbook which, I assume, was a  tie-in to to the film.  So, I thought to myself, why not have a cover gallery, even if I did show some of them in the previous posts?

So that's that sorted and here they are! 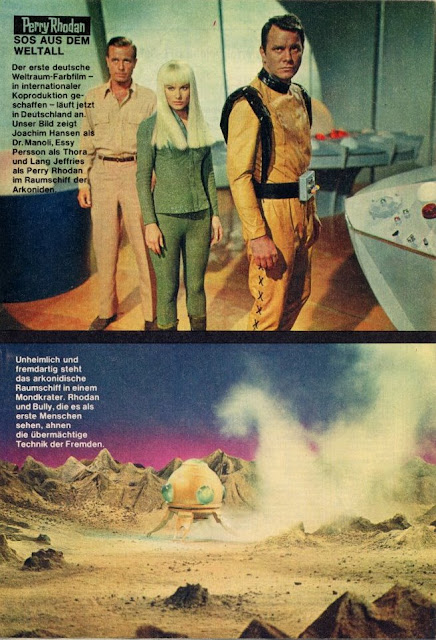 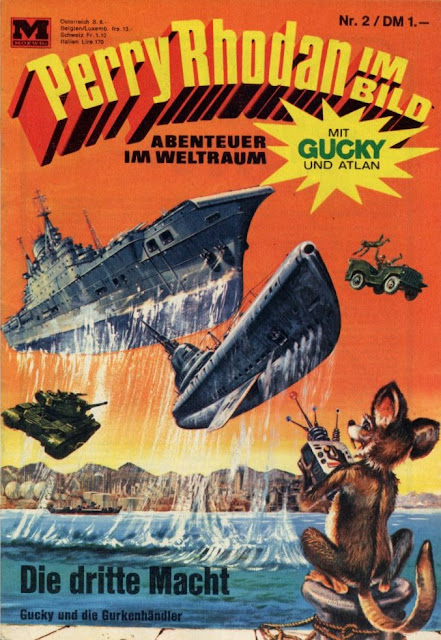 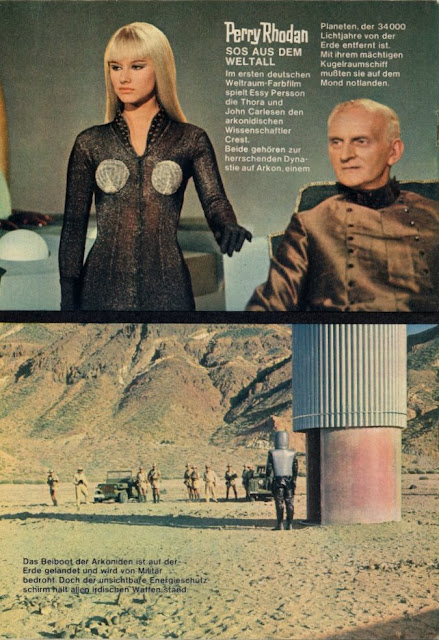 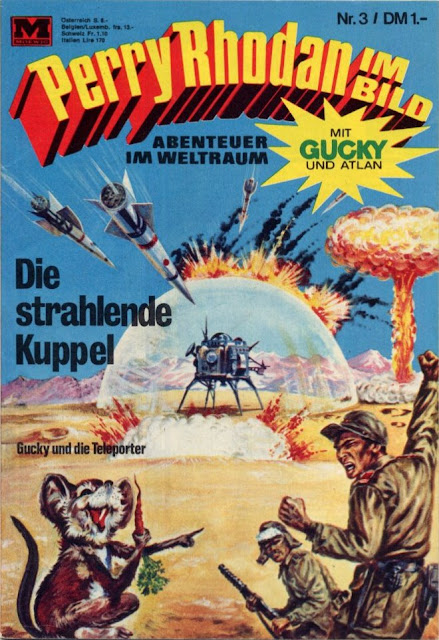 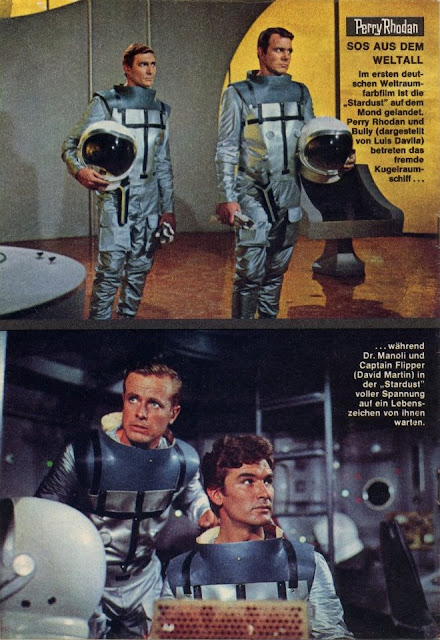 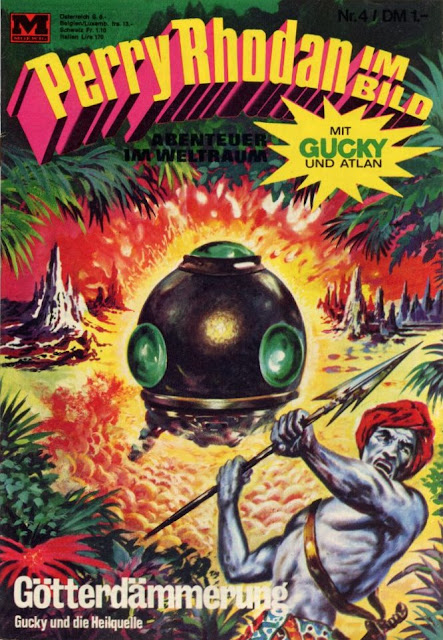 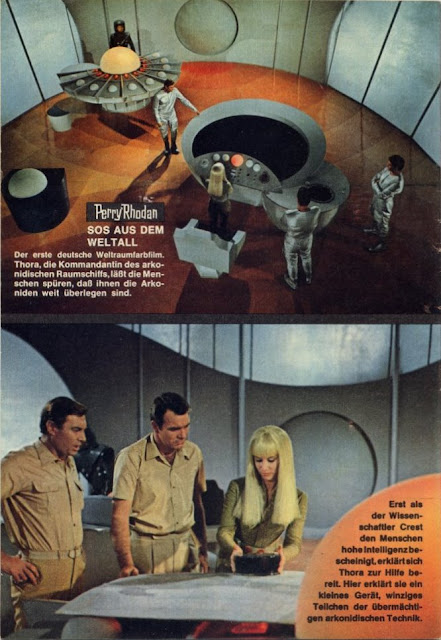 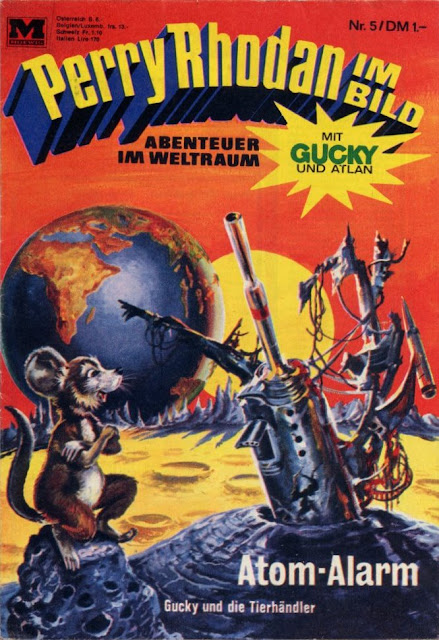 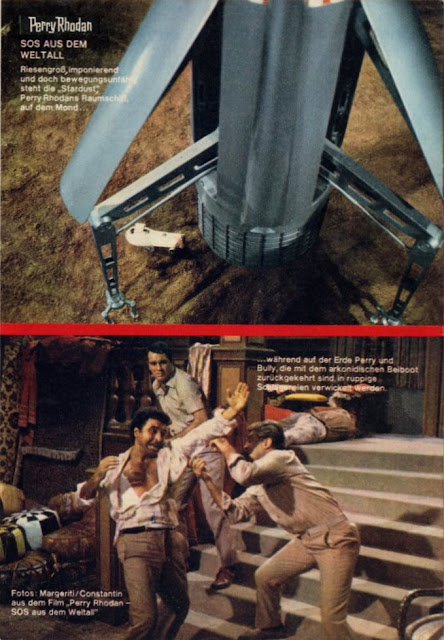 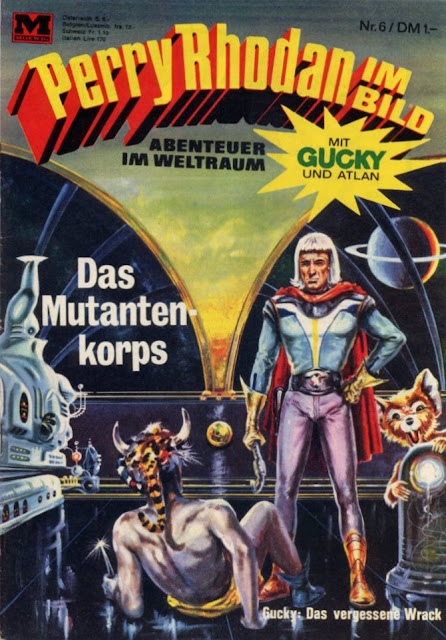 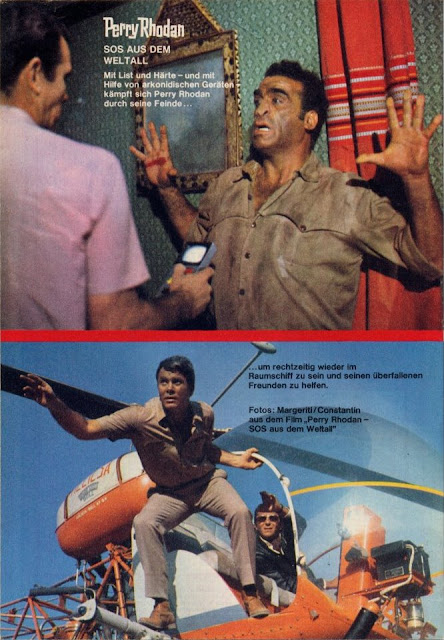 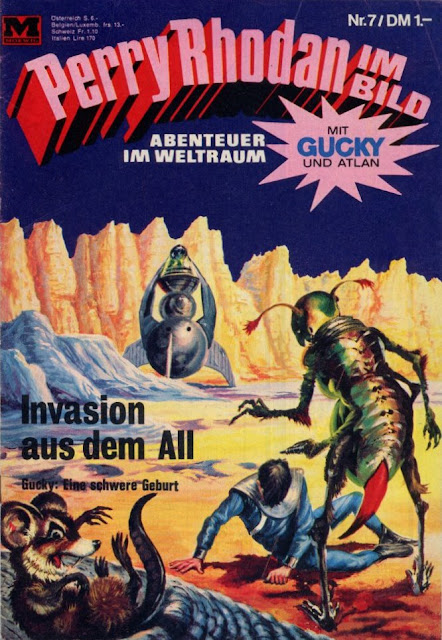 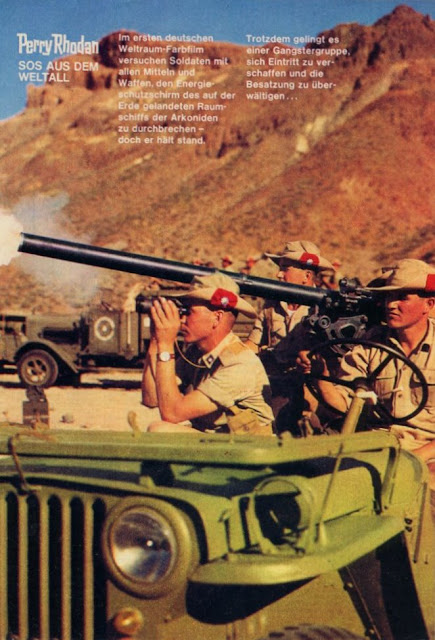