As everyone and their granny surely knows, MARVEL COMICS now own the rights to MARVELMAN (sometimes known as MIRACLEMAN).  Several years back, when Marvel were considering acquiring the copyright and negotiations were underway, I was asked to letter some sample pages to be presented to Marvel as part of the process.  I had to sign a confidentiality clause, in effect until the matter was decided one way or the other.  Well, we all know the result, so here at last are those particular pages for your palpitating perusal.

Bear in mind that the writer/artist (who prefers to remain anonymous) was under no restrictions as to what he could do, and that, consequently, these pages do not represent any plans or ideas that Marvel had or may have for the character.  A Marvel bigwig described them to me in a telephone conversation as 'model comic art', and was extremely complimentary about my humble contribution as well.

So go on then - feast your eyes, then leave a comment! 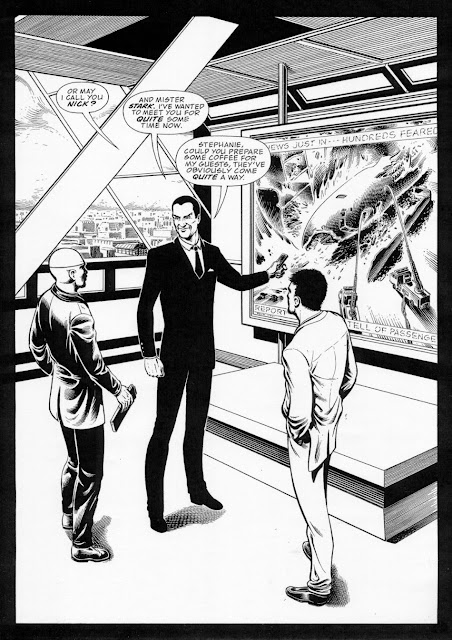 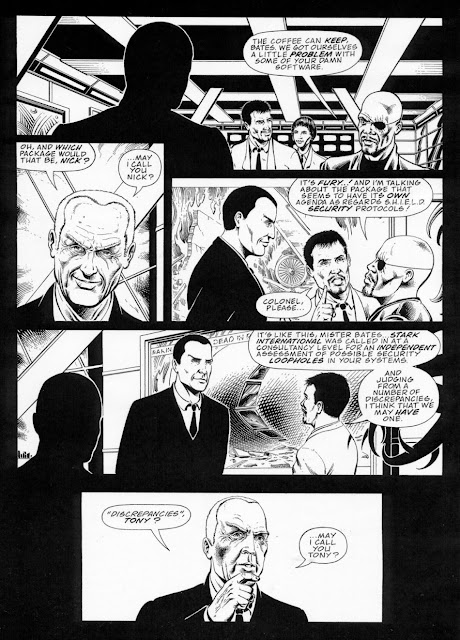 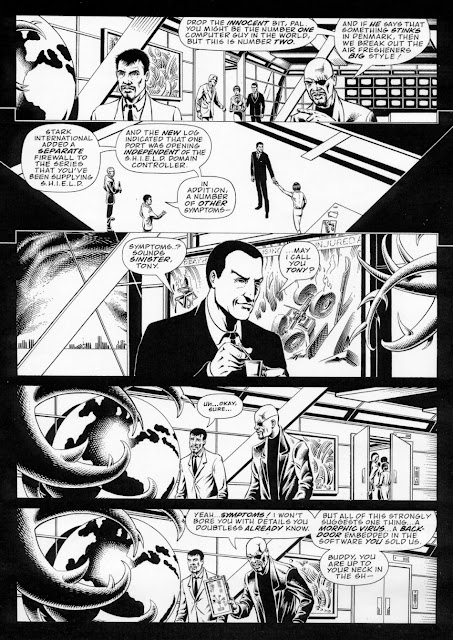 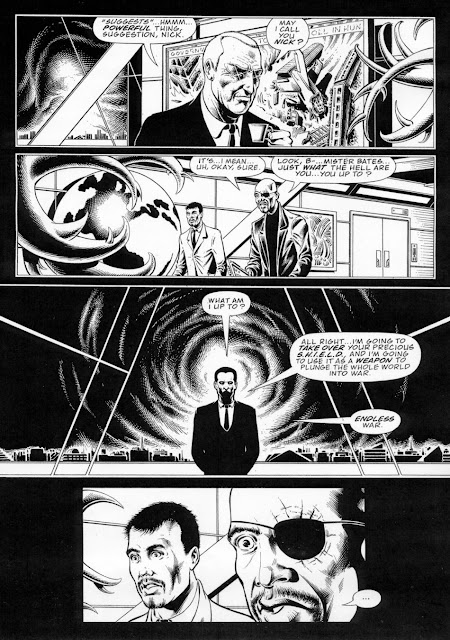 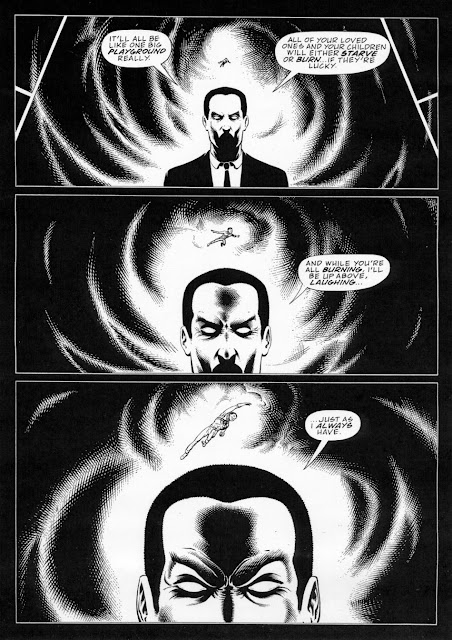 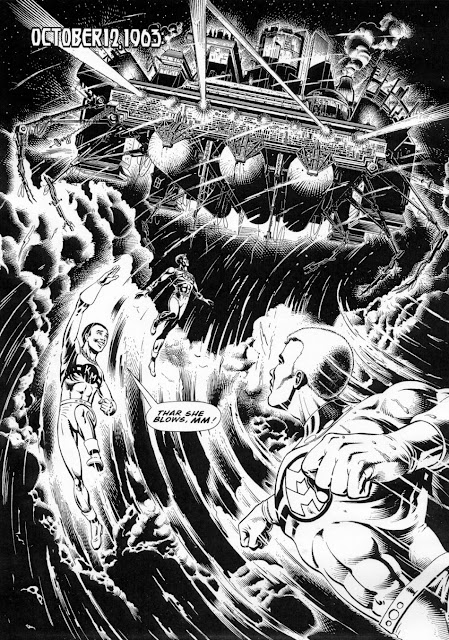 I think the Ultimate Nick Fury already existed at this time, DSE. If Marvel ever does anything new with Marvelman, it won't necessarily be set in the Ultimate universe. Could well be in the 'classic' universe - or a completely alternate one.

The artist was anonymous - and wants to stay that way.

I understand. thanks for sharing great to see another piece of the Marvelman legend

And thanks for enjoying the pages and taking the time to comment.

Good man. Your Blue Peter badge is in the post.

"If Marvel ever does anything new with Marvelman it won't necessarily be set in the Ultimate universe. Could well be in the 'classic' universe..." - do keep up, kid - there is now only one Marvel universe after the Ultimate and classic universes were joined together back in the summer. Marvel is now officially known as "The All-New, All-Different Marvel".

Ah, but for how long, CJ? And note that I also said - "or a completely alternate one", thereby covering all the bases. If they ever decide to resurrect the 'classic' universe (and can we be sure they won't?), who knows what might happen? Remember, even when Supergirl was killed off in the DC Crisis and wiped from continuity, she made at least one appearance in the new reality. So anything can happen - it's comics after all. (Do keep up.)

Does ultimate Nick have the uncle Nick beard too?

Dunno, DSE, I've never read any of the Ultimate mags.

Yes, I'll comment. The artist has expressed a desire to remain anonymous and I think you should respect that, as I have done. I have omitted the names (and link) from your comment, as I do not wish to unwittingly subject anyone to what they may consider intrusive and unwelcome speculation, and thereby facilitate a process of elimination. If you don't know who it ISN'T, then you can't ever say with certainty who it actually IS.