Those of a certain age will recall MAJOR MATT MASON,
MATTEL'S MAN IN SPACE, and the ads that appeared in
U.S. comics at the time.  However, it appears that the U.K. had
their own series of ads, which I've never seen reproduced any-
where else before.  Which doesn't necessarily mean they haven't
been, just that I've not seen them.  So, without claiming that the
following ads are comprehensive (there may have been more),
here are the ones which appeared in SMASH! in 1969.  No
doubt they appeared in other U.K. comics as well.

Did you have any Major Matt Mason toys, readers?
Why not reminisce about them to your heart's content in
our scintillating comments section?  And if you want to see
just a few Matt Mason items from my own collection,
you can make yourself jealous by clicking here. 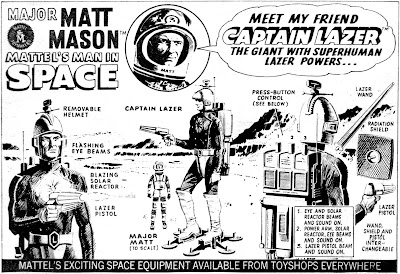 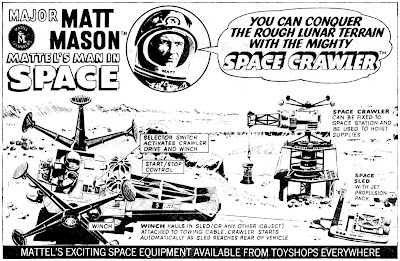 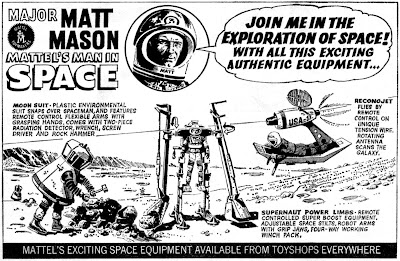 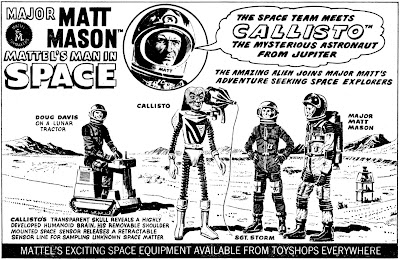 And below are two ads which appeared in U.S. comics... 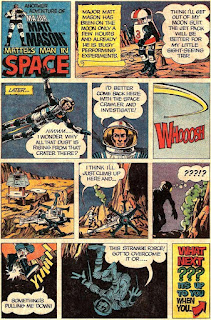 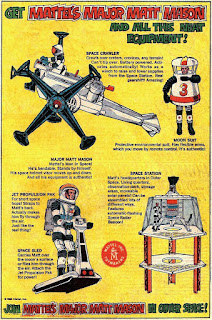