Back in the early to mid-1970s (okay, '74-'75 to be precise), MARVEL did a reprint mag devoted to The HUMAN TORCH.  The main tale was JOHNNY STORM's Torch from the FF, first seen in STRANGE TALES in the 1960s, and the back-up strip was JIM HAMMOND's Torch (an android, so not human at all), who first appeared in MARVEL COMICS #1, and also had his own mag (which started with issue #2) in the '30s and '40s.

There were only eight issues ever published of the '70s mag, so here they are in all their glory for you to slobber and swoon over, you lucky peeps.  And they didn't cost you a penny! 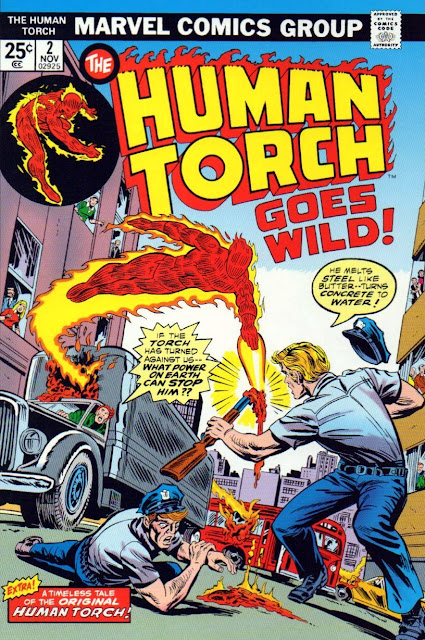 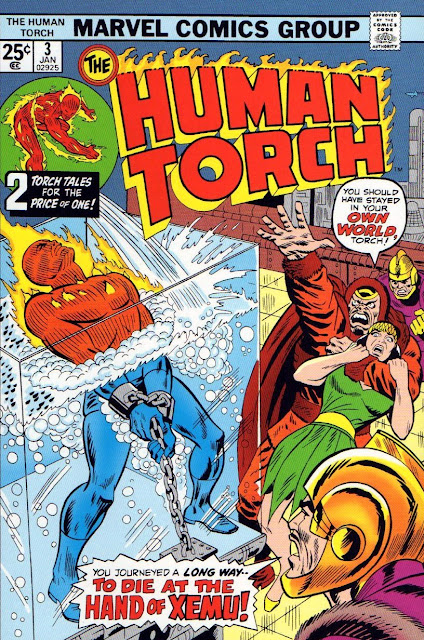 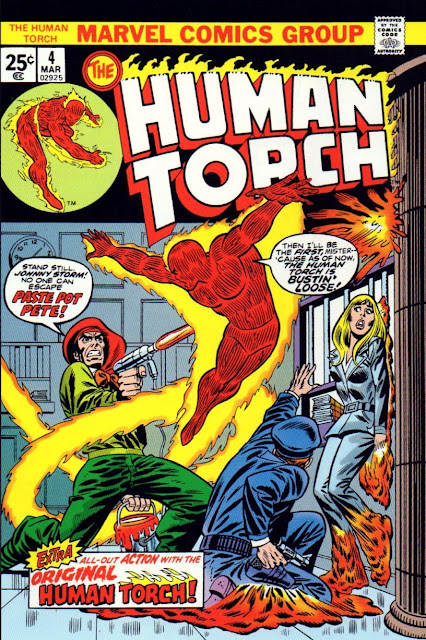 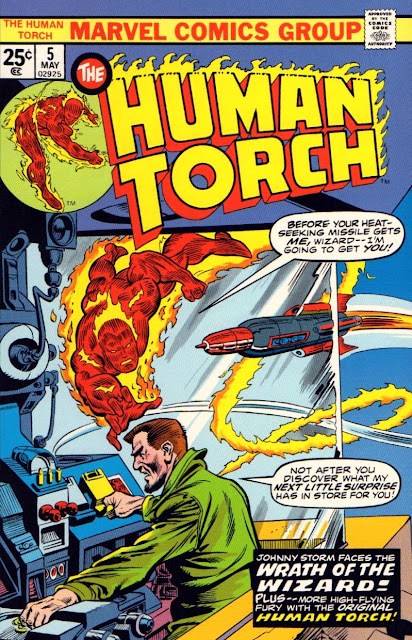 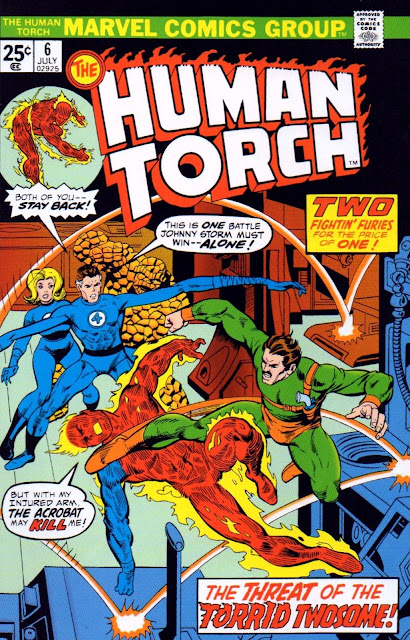 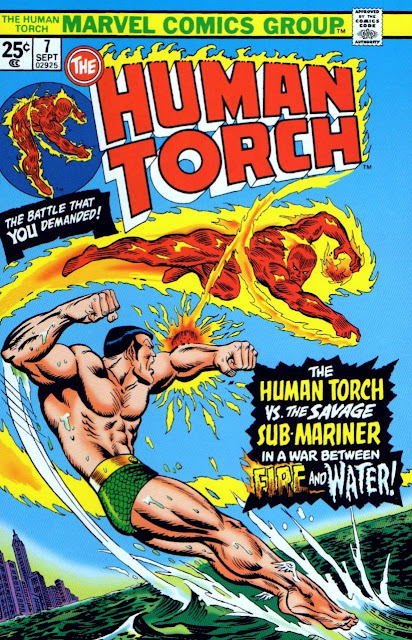 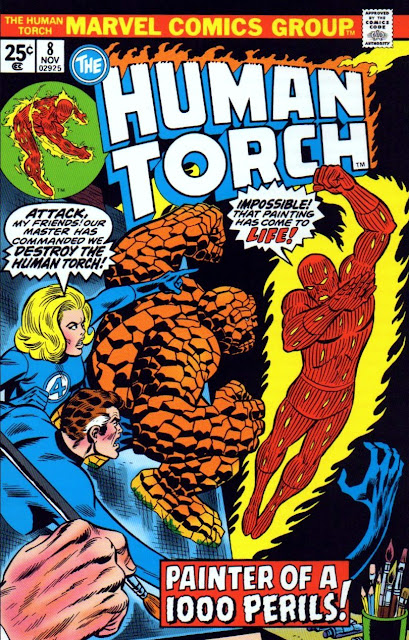 I bought and still have (I think) every issue of this run. It was a hoot.

Shame there weren't more issues, Fip. A Bronze Age mag with reprints of Golden and Silver Age strips is a nice little package.

I had a couple of these. I remember I got #1 after a trip to the doctor for a tetanus shot. It was my reward for not having to be restrained......I was not a good patient when needles were involved. :) I also had the Torch/Namor battle. The Golden Age Torch stories were fun. I liked anything involved with Golden Age and this was my first exposure to Marvel's Golden Age comics.

Yeah, remember when comics were fun and were the stuff of dreams rather than nightmares? Whatever happened to them?

I miss those days, too, Kid. It's sort of the same way with a lot of things that I used to enjoy.....music, comics, even books......not much fun anymore. There's not much to escape to anymore.

Yeah, shame, innit? I'm enjoying the Daredevil reprints in MWOM at the moment. Give it a try.

Will have to look at those. Would be nice to revisit some of them. It's nice to have blogs like yours that help me to remember them.

Speaking of blogs, I appreciate the fact that you actually take time to respond to comments here. I always try to do so on my own blog (what few comments I do get), but there are a couple of comics-related blogs that I've tried to make comments on and it's almost like they ignore what you're saying because you're not in their little group.....just talk all around you. It takes a lot of effort for me to even make a comment about something and, while it may not be profound or thought-provoking, it's nice to be acknowledged.

I feel the same, G, and I sometimes wonder what the point is in leaving a comment if it isn't going to be acknowledged in some way. I always try to acknowledge every published comment even when there's nothing worthwhile I can add, but even saying "Thanks for the interesting comment" is a way of letting the person know that the time and trouble they take is appreciated. If ever I don't respond to a comment, it's an oversight, sometimes caused by getting several comments at the one time. When I notice there's one I've missed, I reply to it - even if it's days or weeks later.