MAD was founded by HARVEY KURTZMAN and WILLIAM GAINES in 1952 under the EC COMICS imprint.  The former was editor, the latter publisher, and as told in part one, the first 23 issues were comicbook format, before switching to a magazine style with #24.  Although the changeover meant that Mad wasn't subject to the recently formed COMICS CODE AUTHORITY, the primary reason was in order to retain the services of Kurtzman as editor (who'd written most of the very first [comicbook] ish, as well as drawing some of the strips).  He stayed only for another year, paving the way for AL FELDSTEIN, who took the mag to even greater heights of glory.

Right, that's the historical bit out of the way, time for the good stuff.  Namely, another half dozen covers of manic Madness! 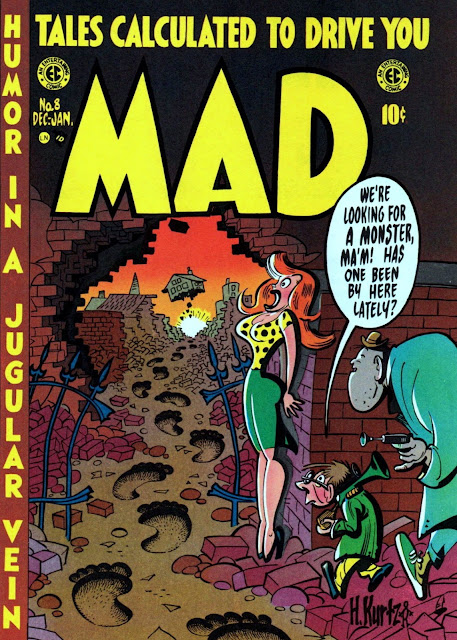 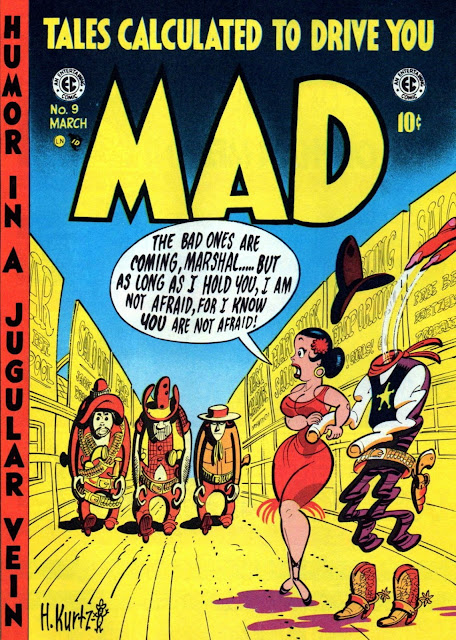 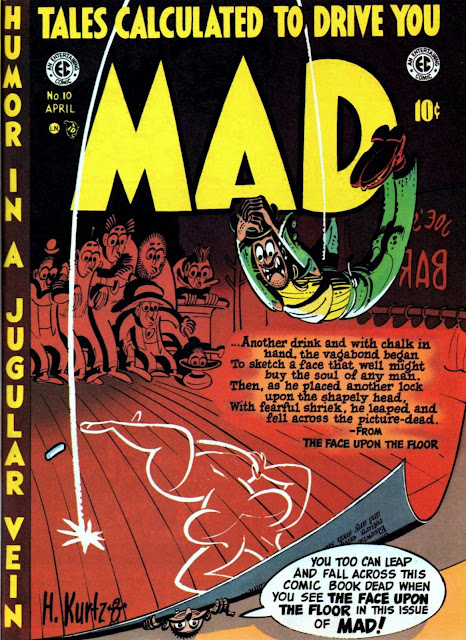 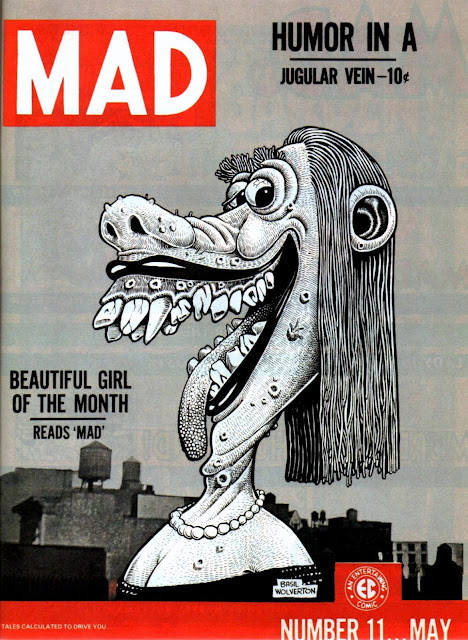 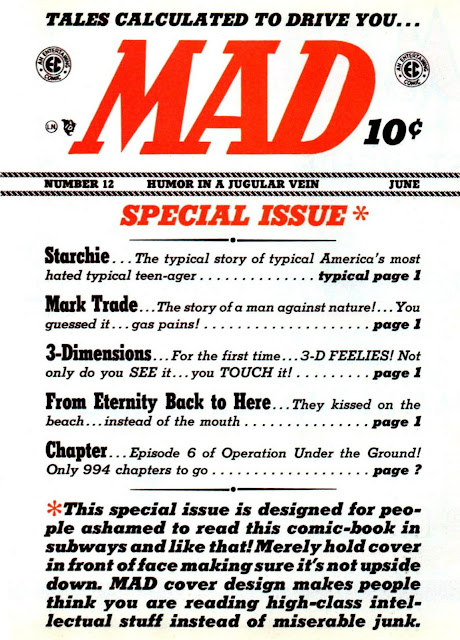