Hard though it may be to believe, ANDY PANDY first appeared on TV in June or July of 1950, in the FOR The CHILDREN slot.  Astonishingly, the episodes were first broadcast live, until it was realized that filming them meant they could be conveniently repeated. 26 episodes were recorded in 1952 and repeated continuously up until 1970, whereupon 13 new episodes were filmed. In 1953, the WATCH With MOTHER name was adopted and Andy alternated with The FLOWER POT MEN ('52) and RAG, TAG And BOBTAIL ('53). PICTURE BOOK and The WOODENTOPS (both 1955) were later added to the line-up and the 15 minute, 1.30 p.m. slot expanded from three to five times a week, with other programmes added to the mix over the following years.  (The Watch With Mother name was finally dropped in 1975 on the grounds that it sounded dated.)

Surprised as I was to learn that new Andy shows were made in 1970, I was even more amazed to discover that Andy Pandy Annuals (published by PURNELL) were issued every year from at least the '60s right into the early '80s.  Who ever knew Andy was so popular with the Annual-buying public?  Anyway, I only have one in my collection, dated internally from 1974, so here's two-pages to show you what you've been missing.  (He also had a strip in the weekly ROBIN nursery comic.)

Anyone got a full set?  (Anyone brave enough to admit to it?) 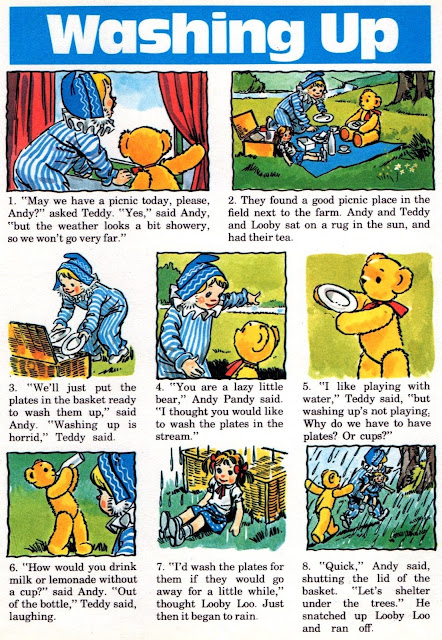 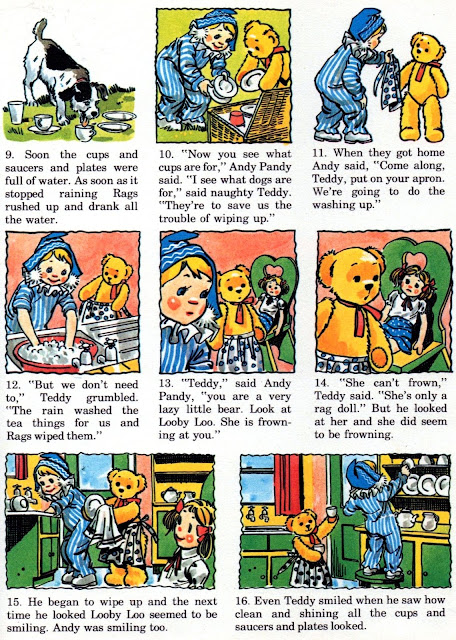 And here's an extra bonus - the opening and closing credits.

Looby Loo was such a doll (see what I did there ?) - when I was really little I loved Bill & Ben and the Diddy Men.

I still love them all - wish they'd release them on DVD. As for Looby-Loo (saw what you did there, CJ) - I prefer Atlanta Shore and Venus.

Kid, don't forget Jemima and Hambel from Play School - they were dolls too and surely both deserve a Babe of the Day spot :D

They were certainly dolls, CJ, but were they Babes? Anyhow, you never know, they may turn up yet.

Does anyone but me wonder why his name was Andy Pandy but he wasn't a panda?

I guess that if he'd been a panda, his name would've been Andy Panda, not Pandy, Phil. And why is he always in his Pjamas?