I first suspected that ATLAS/SEABOARD wasn't destined for longevity when I read an article in MOVIE MONSTERS #2 on The SIX MILLION DOLLAR MAN, featuring an interview with LEE MAJORS, star of the TV show. He mentioned author MARTIN CAIDIN's book, 'SIDEBOARD', which made me do a double-take as the book was actually called 'CYBORG' - something I knew for certain 'cos I'd previously read it (and still own it today - or maybe it's OPERATION NUKE I have).  Obviously the article had been transcribed from a recorded in-terview (either by 'phone or in person), but with that kind of sloppy journalism, I figured that both the mag and the company were fated  for a short life.

Well, it gave me no pleasure to be proved right, and I'm certainly not crowing about it, but MARTIN GOODMAN was paying higher rates than other companies, so he was surely entitled to expect a far better standard than he was receiving in some cases.  Ten months after it had started, the age of Atlas came to an end.  Not so much an age, more of a moment.   They'd tried just a little too hard to look like MARVEL, and in so doing, failed to establish an identity of their own.  Would-be publishers would be wise to take note.

Hope you've all enjoyed this series of cover galleries looking back at the Atlas/Seaboard output, frantic ones.  If so, let's hear from you in the comments section.  Your appreciation is always appreciated.  (Why, that's almost profound.) 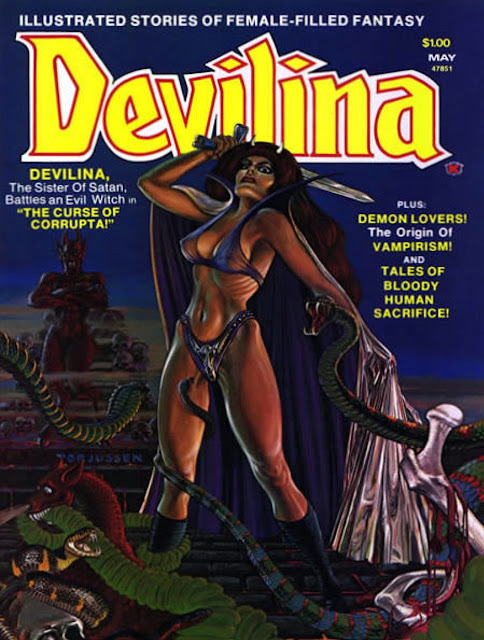 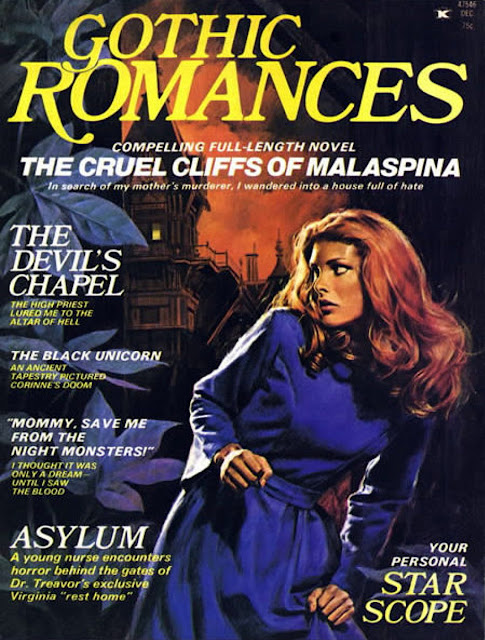 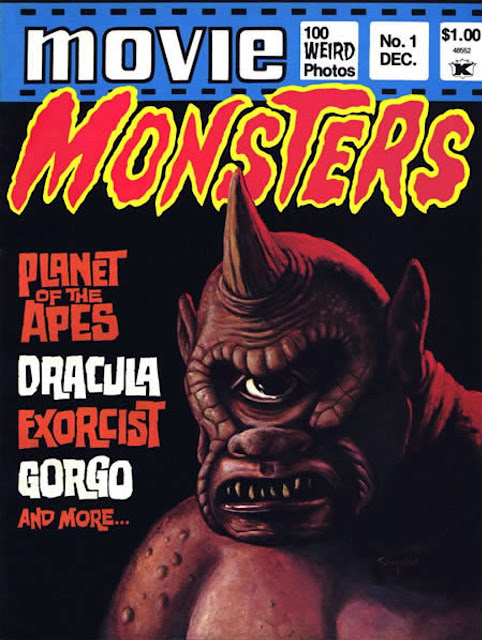 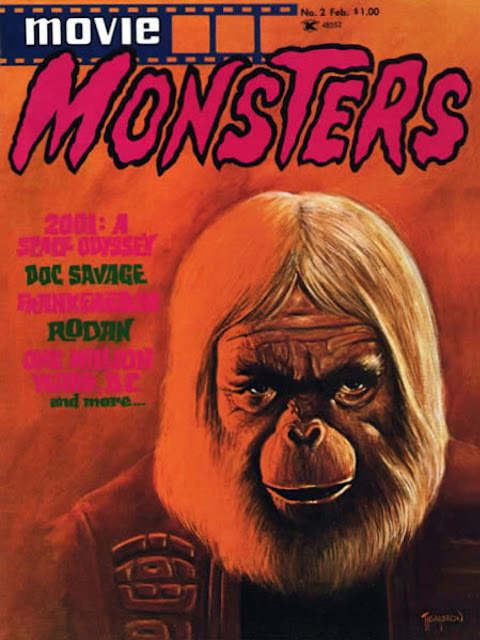 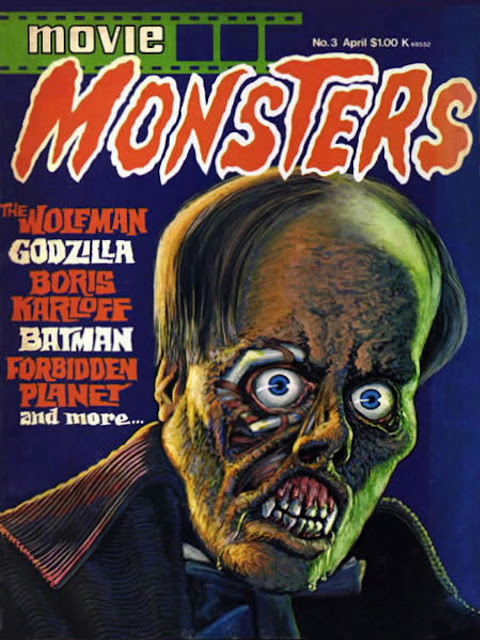 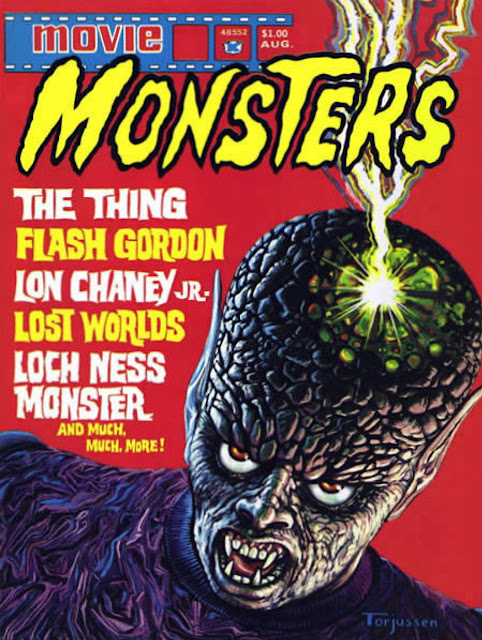 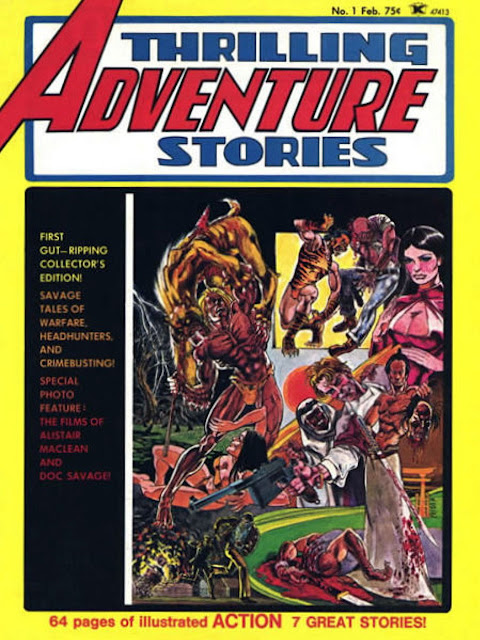 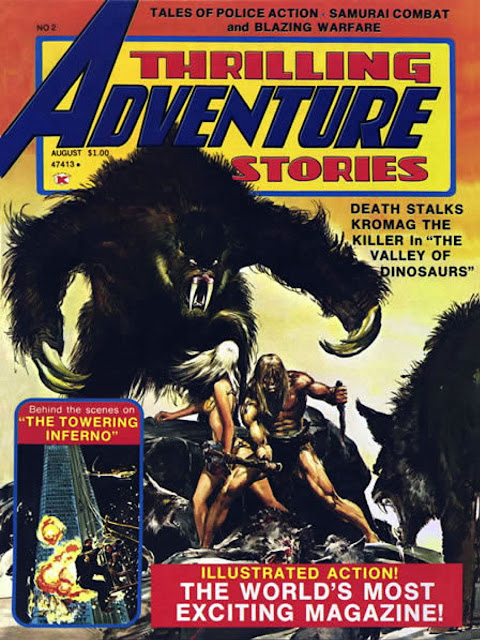 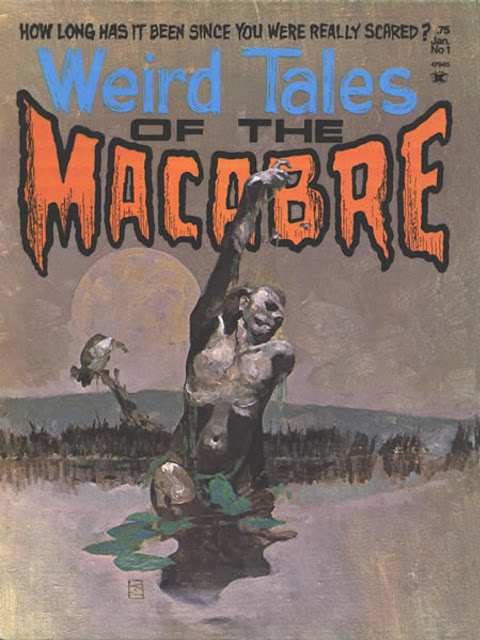 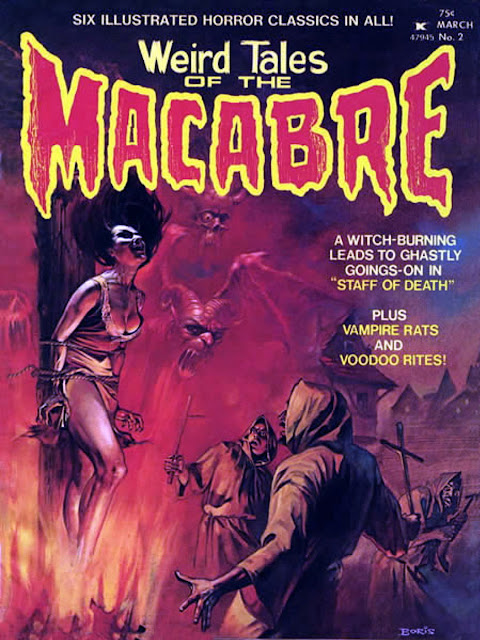 I do recall reading Cyborg as a youth and being really impressed, it wasn't my copy though, one of my brother's friends, so I don't have it. I can't recall much about the book, other than the protagonist being in conflict with his circumstance. These covers are pretty decent, the prospect of encountering, female filled fantasy, is particularly inviting.

Again, some very good covers even if they're obviously derivative. As I already mentioned, I recently bought a copy of Devilina #1 and thought it was pretty good. Looking across all seven galleries, Goodman seems to have covered all the bases with one notable exception - no super-teams. That's odd, given that three of Marvel's top sellers at the time (FF, Avengers and X-Men) were teams. Also, in my experience a team title is often easier to get pulled into than a single character comic. All the small-talk between team members brings their personalities out much more quickly and naturally than with a solitary protagonist.

I remember wondering why it was the opposite arm that was bionic as opposed to the book, DSE. Also, his eye was a camera that snapped photos, not the marvellous piece of technology of the TV show.

As I speculated in my response to a comment in the previous post, Andrew, perhaps he intended to wait until some of the solo characters were established, then launch a team book with them. Maybe that's why he ordered changes to give some of them superhero costumes.