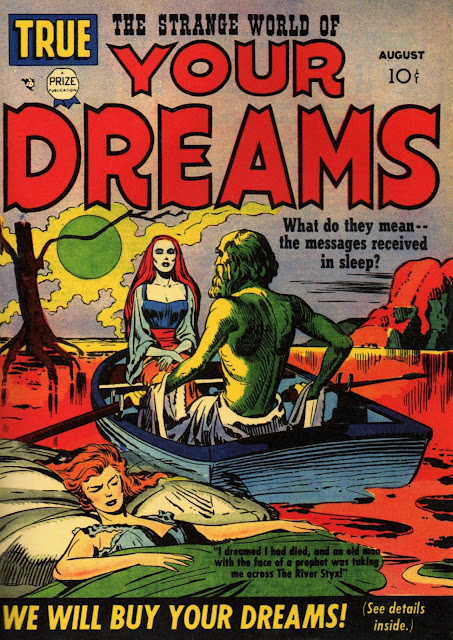 For all their celebrated reputation, have you ever noticed just how
few issues SIMON & KIRBY actually produced of some of their best-
remembered comics?  The duo worked on only the first ten numbers of
CAPTAIN AMERICA, seven issues of FIGHTING AMERICAN, six
of BOYS' RANCH,  and a mere four of The STRANGE WORLD
Of YOUR DREAMS.

Captain America, of course, continued for some years after the pair
had departed TIMELY for NATIONAL, but the other titles mentioned
above (for other publishers) died with S&K's final issues.  I find that odd
because, given their stature in the history of the comics industry, the im-
pression often given is that everything they touched was a solid com-
mercial hit.  As we can see 'though, that wasn't always the case.

However, even their short-lived mags were not without merit so
here's a mini cover gallery consisting of all four issues of their brief
excursion into The Strange World Of Your Dreams. 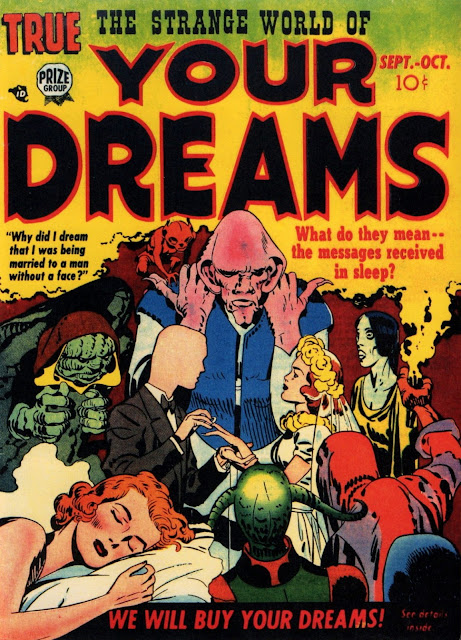 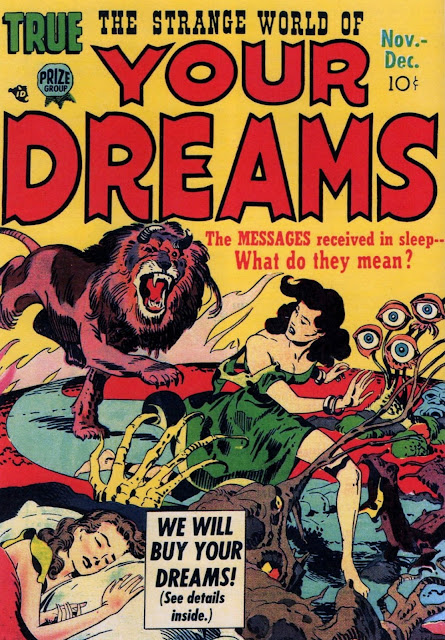 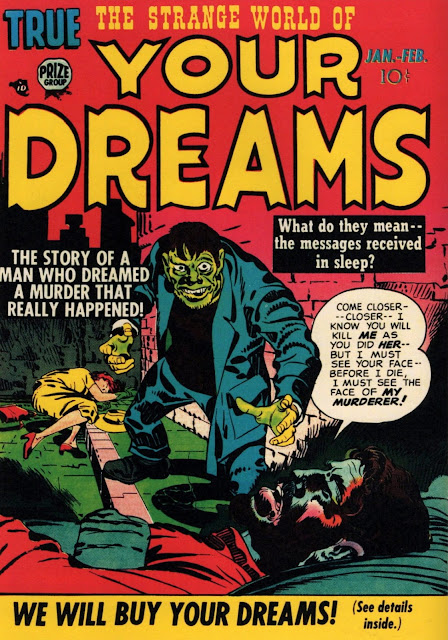 Below is the cover for the unpublished #5, followed by (going by
the date) the cover for #7.  No cover for what would've been #6 has
been found.  However, I suppose it's possible that what is assumed to
be #7 could've been #6 with a planned change of publishing frequency
from bi-monthly to quarterly, before it was decided just to cancel the
title.  Or perhaps the masthead is a stat from the first ish before the
new date was pasted over.  What do the rest of you think? 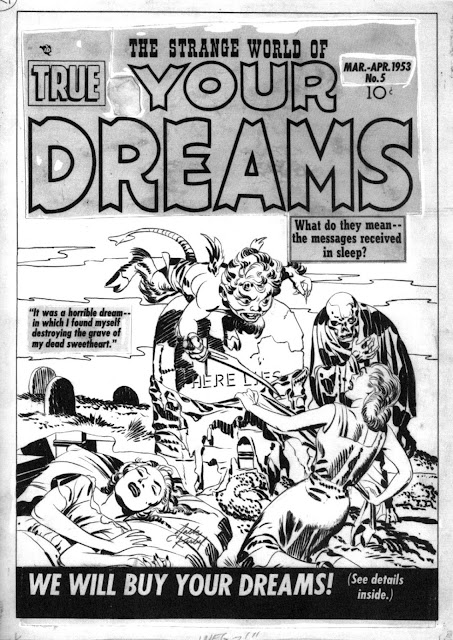 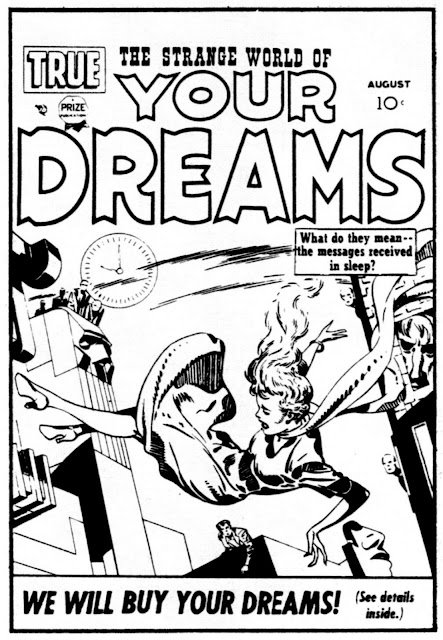 Some of their rep I suspect comes from the two being among the earliest "superstars" in a young industry which notoriously didn't hype the names of its talent all that much. Captain America was such an unalloyed hit that it bought them a lot of cred. When they didn't match that at DC (isn't Boy Commandos their biggest hit there - which too was continued by other talent) and decided to wander off to do their own thing, it became more about the enterprising nature of what they produced and how they went about packaging it, attempting always to keep some of the rights.

When they split up it was the same for Kirby really, as Challengers of the Unknown, his most famous work for DC post S&K followed the pattern of great material continued by other hands. At Marvel the Kirby style was the house style and he was pressed to do layouts for lots of other fully competent artists. When Kirby went back to DC so famously, his goal was to launch books and let others continue them, but it just never worked out as he planned.

Seems Jack's biggest successes were with Stan at Marvel, Rip. I guess it was the pioneering nature of Simon & Kirby that earned them their rep, but few of their mags lasted as many issues as FF or Thor. Partly because not all of them had a monthly release date, some of them being bi-monthly or quarterly, but you'd expect their reputation to be founded on more solid, long-lasting hits than they actually seem to have had. Sure, some of their comics sold in the millions, but there was a far larger appetite for comics in general back then, and most comics sold far more than they do now.

However, it's always fascinating to see their work from this time in their careers.