As I'm sure most of you will know, MAD Magazine started life as a comicbook in 1952.  Yup, for the first 23 issues, Mad was a comic just like any other, before switching to magazine format with its 24th number in 1955.  Interestingly, although most people tend to think that Mad Mascot ALFRED E. NEUMAN first appeared in the magazine incarnation, he actually made his debut in a mock ad on the cover of #21, when it was still a comic.  (Don't worry, you'll see it in part four of this series if you stick around.)

So fasten your seatbelts, you Mad Maniacs - we're off! 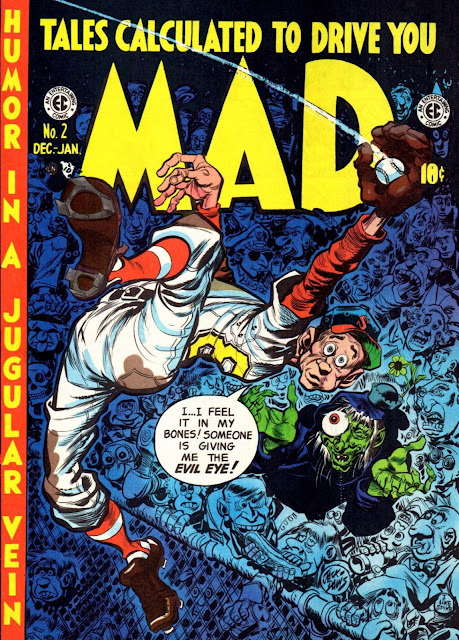 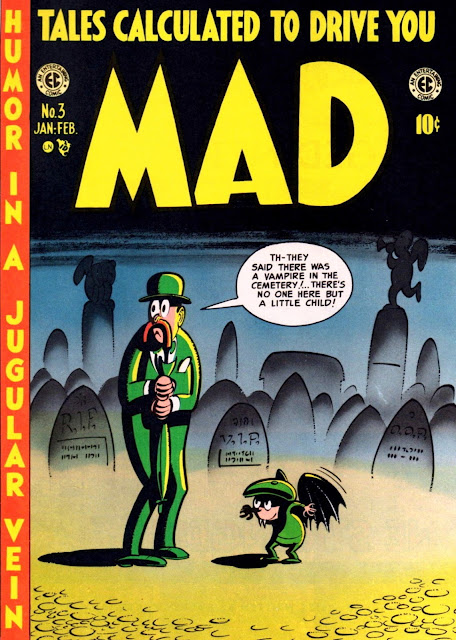 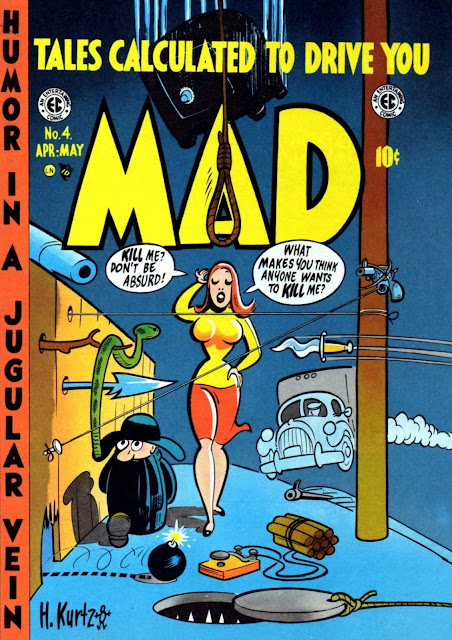 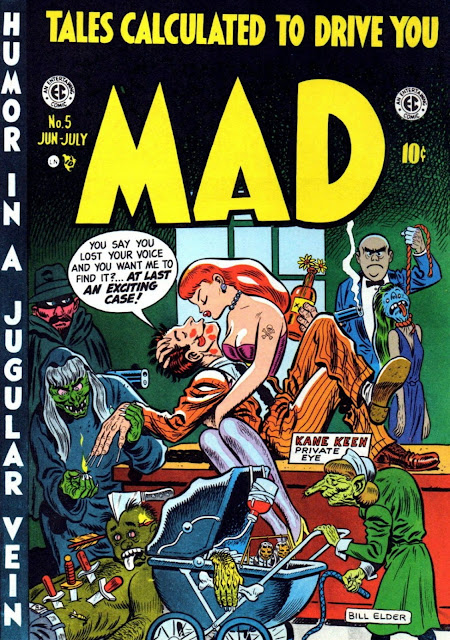 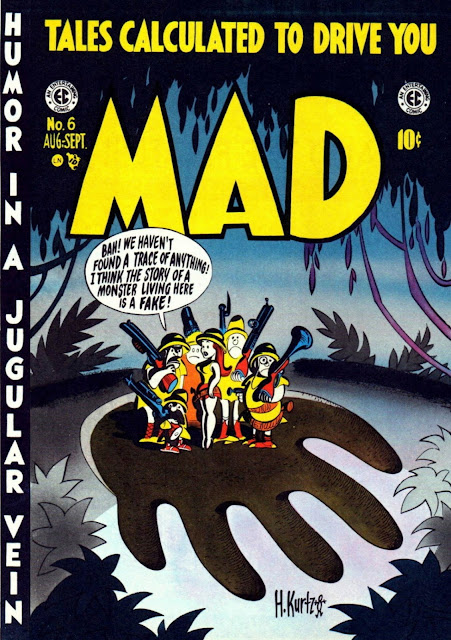 I remember picking up the Ballantyne paperback version of the early "Mad"s - I still have 2 of these and 1 is the original that I picked up in the old Glasgow Central station at one of the many old large newsagent kiosks that used to be there before the revamp (nicer but lost that wee summit imho) when I was about 11 years old.

The station had much more character back then, McS. It's a shame they couldn't have tidied up the place, but kept those old kiosks. I bought Marvel Tales #138 (Spidey #1 reprint) at one of the kiosks in the early '80s. Still got it, and whenever I look at it, I'm back in the station the way it used to be.

The cover to #6 up there is definitely amongst my most favourite comic covers of all time, ever, and so on.

Got LOADS of the old paperback collections - surprising how much of it holds up today (providing you're familiar with that which is being parodied).

I've got a few of those paperbacks myself, THB, but I prefer the colour, bigger-sized pages 'cos I can study the detail better. There's always things going on in the background.