Believe it or not, the image of the boy who became the MAD mascot existed long before the periodical ever came into existence.  The earliest known version comes from an ad for a Broadway comical stage play, The NEW BOY, which debuted in 1894.  It was used for a wide range of other purposes before being adopted and adapted by Mad as their mascot, and after an unsuccessful copyright infringement court case against the publishers in 1965, NORMAN MINGO's painting of the image became permanently (and legally) associated with Mad, whose sole ownership of the mascot is now undisputed.

Incidentally, the boy was also referred to as MELVIN COWSNOFSKY and MEL HANEY in the magazine's pages, but ALFRED E. NEUMAN has been his official appellation for decades.  Copyright is now owned by Mad's current publisher, DC COMICS (TIME/WARNER).  EC to DC - neat!

Okay, that's all the intro you need - now on to the covers! 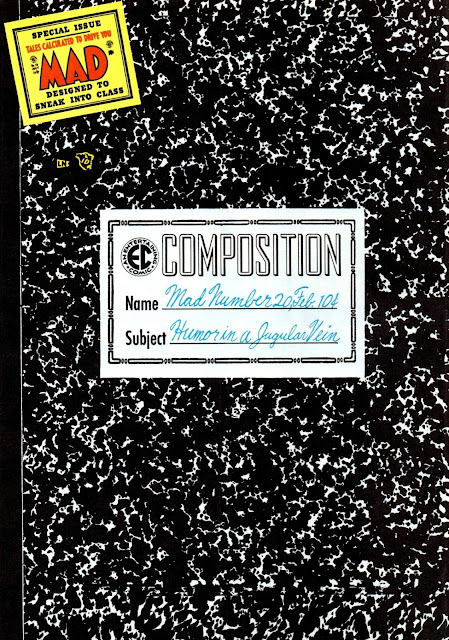 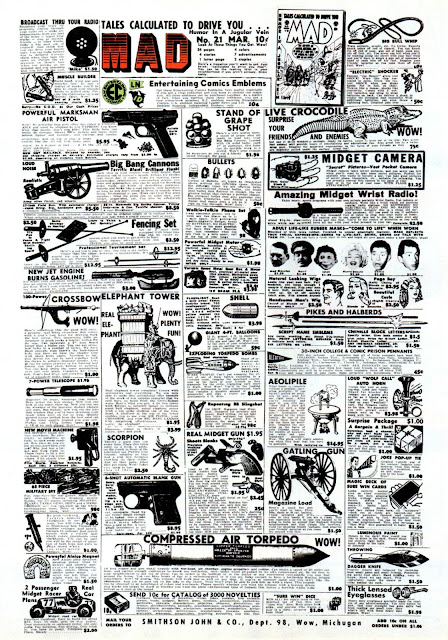 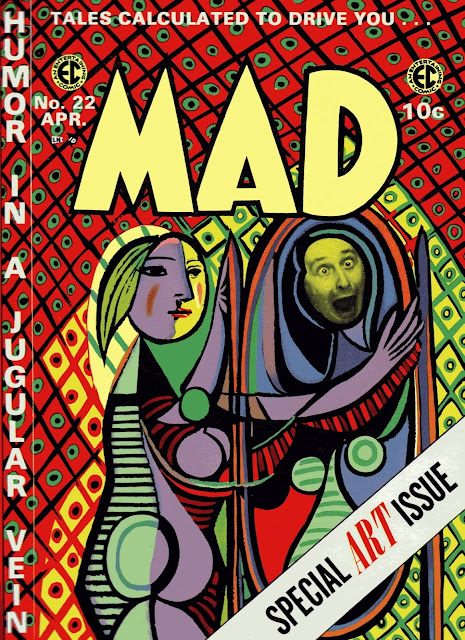 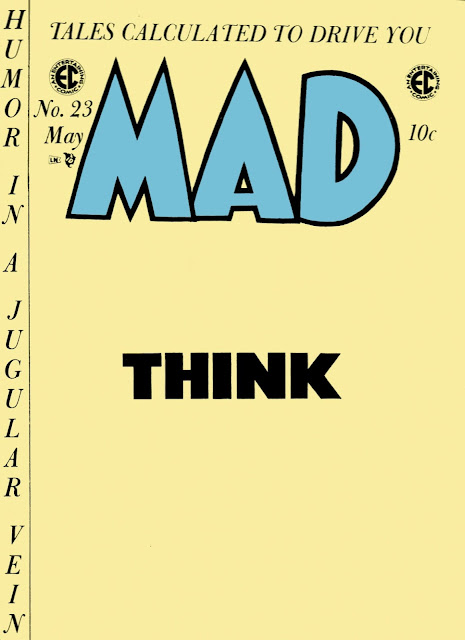 And below are some earlier images of the boy who was destined to become Alfred E. Neuman.

For years, I assumed that Alfred was created by Mad's own artists. Then I heard William Gaines on a radio talk show in the 1970's, and he mentioned the copyright suit. He also mentioned that one of the other earlier appearances of the character was in an ad for a dental practice, with the gap-toothed smile and a caption saying something like, "It didn't hurt a bit."

Alfred also made cameo appearances in Peanuts and in a Mister Magoo cartoon.

The comic book ad one is my all time favorite.

Yup, he was used for numerous purposes, TC, the dental practice being but one of them. Alfred's made cameo appearances in various TV shows - and comicbooks too.

I can't tie myself down to just one, Phil.

There's a whole issue's worth of material in that cover, Phil. Thanks for the link.