KID KLASSICS: A TRUE TALE OF BIRTH AFTER DEATH...


1974.  The date trips off my tongue with such familiar ease that it still seems fairly recent to my mind.  Hard to believe, then, that it was actually 42 years ago when I was still a mere lad.  Back then, DC COMICS had a title called BLACK MAGIC, which reprinted SIMON & KIRBY tales from a magazine of the same name published in the 1950s. 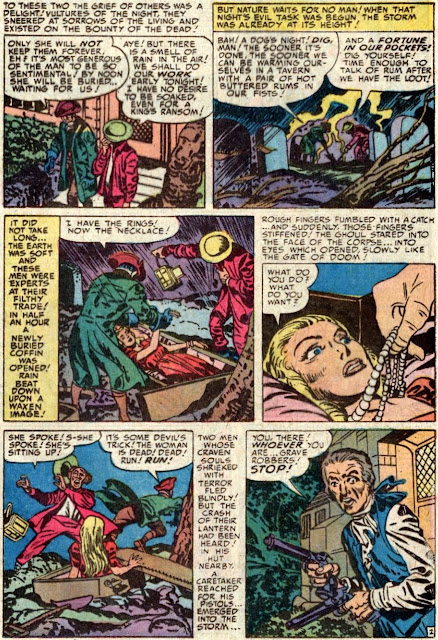 I remember buying the first issue with such startling clarity that I almost feel as if I went to bed last night as a 15 year old boy and woke up today the age I am now.  Life really does go by so fast, alas.  However, it's a story in the second issue that made a big impression on me which has lasted to this day - "BIRTH AFTER DEATH". 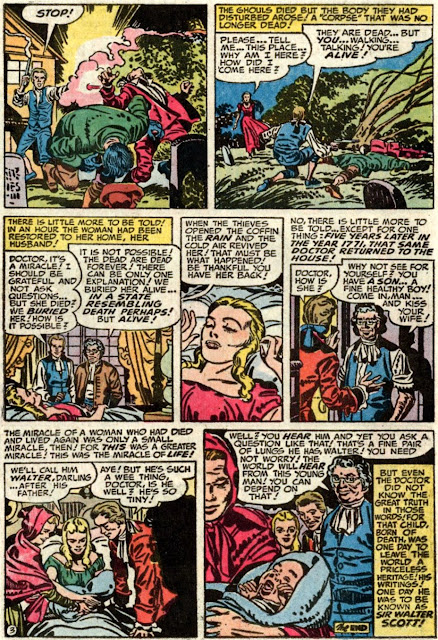 It purports to be a true account of events leading up to the birth of Sir WALTER SCOTT, the famed Scottish novelist, playwright and poet born in Edinburgh in 1771, who died in Melrose at the age of 61 in 1832.  (ROB ROY and IVANHOE being but two of his works.) 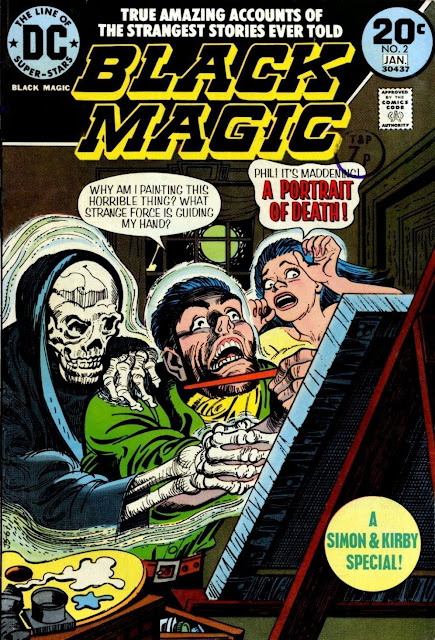 Although I've checked, I've never been able to find any corroborating evidence to back up the tale, but I find it hard to believe that Simon & Kirby would simply have made the whole thing up.  I remember reading the comic (on the day I bought it) in the graveyard of a local centuries-old church, complete with the burial vault of a once-prominent family from ages past.  Creepy but apt, don't you think?  Obviously that's why I associate the tale with the place today.

Anyway, have a read and make up your own mind.  Fact or fiction?  To me though, it's one of those stories that - if it isn't true - it ought to be.


UPDATE: Simon & Kirby's story is true after all (with just a little artistic licence in regard to minor details).  From The MILWAUKEE JOURNAL, Tuesday, October 18th, 1932, comes the following account.  (Thanks, Tongalad.)

London England - The astonishing fact that Sir Walter Scott's mother was declared to be dead and was actually interred five years before Sir Walter Scott's birth is recalled in a letter to the Daily Express, sent by George MacDonald, Birmingham.

"Her weird sepulchral experience," says MacDonald, "is described as follows by a great essayist of many decades ago."

Here is the description:

"Miss Rutherford, while lying in a trance and declared by the physicians to be dead, was laid away in the family tomb in the great vaults under the parish church.

"At night the ghoulish sexton stealthily entered the tomb, opened the casket and proceeded to rob the elegant and entombed lady of the jewels which were on her person according to the then prevalent custom.  Finding some of the finger rings too tightly fixed, the unconscionable thief took his pocket knife and slashed the flesh from the fingers.

"The sudden shock and flow of blood caused a reaction of the vital forces, and the reanimated lady opened her eyes, uttered an exclamation of amazement and attempted to rise up.

"The guilty and horror-stricken rascal's hair rose straight upon his head, and with the yell of a desperate madman he rushed forth, thus raising the alarm which brought help and rescue to her.

"She lived many years subsequently, none the worse for her awful adventure which occurred five years previously to the birth of Sir Walter."


Click the link below (provided by Tongalad)  to see the actual newspaper's front cover: