THE DEMISE OF THE VALIANT...

You know the sense of sadness one feels on learning that an old friend died a good while back, but only just hearing about it?  I suppose that's similar to how I felt when I eventually discovered that VALIANT was no more.  As it was no longer on my list of comics reading during this period, I was probably unaware of its merge into BATTLE until some time after the fact - but even though I'd only bought it when it had subsumed first SMASH! and then TV21 in the early '70s, it still felt like I'd just heard about the passing of an old pal.

I said some time ago that I'd get around to posting some pages from the final issue, so here they are, from a comic I acquired only a few years ago, long after it had bitten the dust.  Making their final appearances in a weekly comic were PACO, STRYKER (with some lovely IAN KENNEDY art), CAPTAIN HURRICANE, and ADAM ETERNO, with CHALLENGE CHARLIE, and The NUTTS taking their last bow too.  BILLY BUNTER would eventually resurface (in the form of reprints) in, I think, WHIZZER & CHIPS, so it's good to know that future readers weren't deprived of REG PARLETT's hilarious and sublime cartooning skills.

The Challenge Charlie strip was a bit of a con in that old scripts from POW's DARE-A-DAY DAVY were often reused, making the offer of a fiver in prize money (absent in the last episode) for accepted suggestions a total lie!  Did not enough readers respond, or was it a deliberate subterfuge from the outset?  Either way, it's a disgrace that they got away with it.  I wonder if such things still happen today in the meagre selection of weekly humour comics available in newsagents.  (I can only think of The BEANO - are there any others?)

Still, Valiant was certainly a success, as it lasted from 6th October 1962 until 16th October 1976, which was practically my entire childhood right up until just before I officially (and allegedly) became an adult.  I wish all the comics that I bought (or knew of) as a boy were still around today.  That would really be something!  Maybe now that REBELLION owns the copyright to a plethora of old comic titles and strips, we may yet see their return.  I hope so.

Were you a reader of Valiant at any stage during its 14 year run?  Feel free to reminisce in the comments section.

One other thing:  Look at that absolutely awful typeset lettering with badly-shaped balloons in some of the strips, the result of a dispute between IPC and the lettering artists it used - probably over the page-rate.  It really hurt the look of the strips, and I for one wouldn't mind at all if it were to be replaced with either modern computer or hand-lettering should they ever be reprinted.  What think the rest of you? 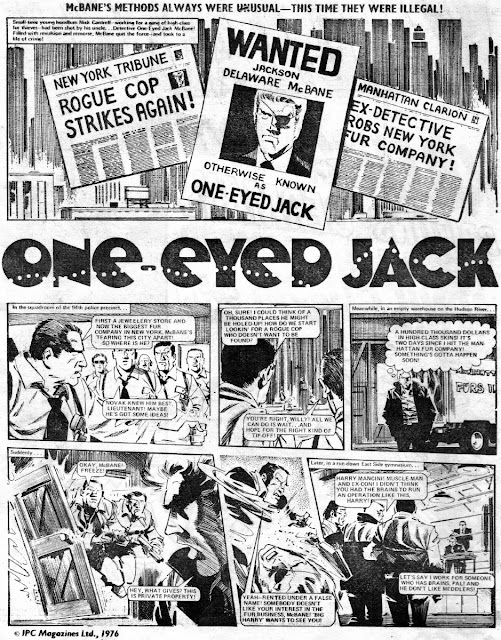 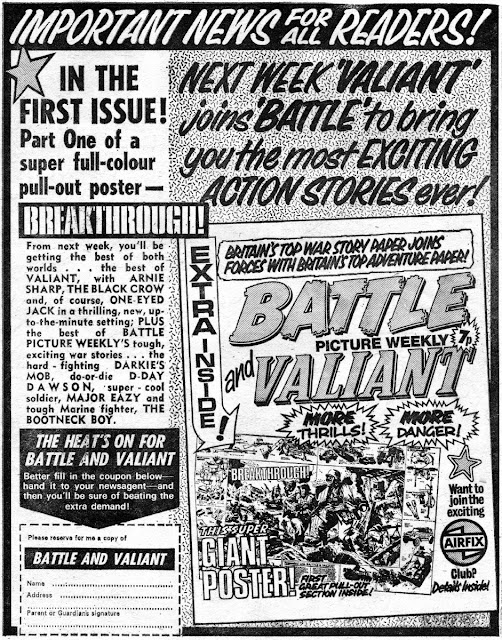 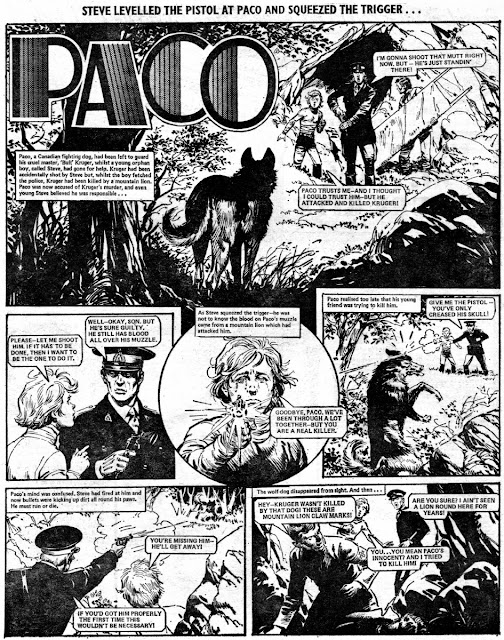 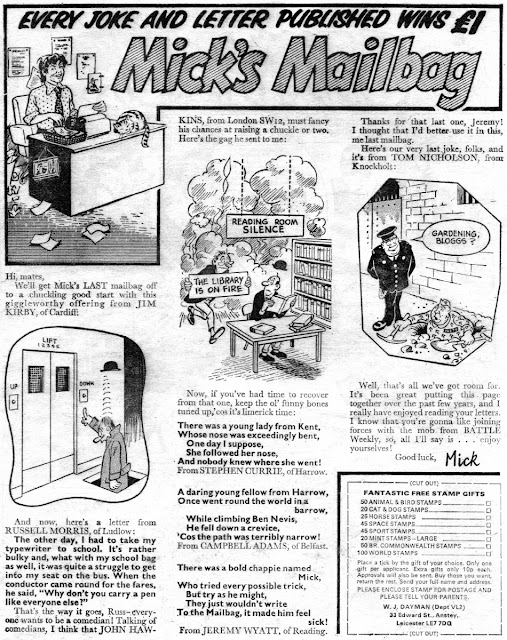 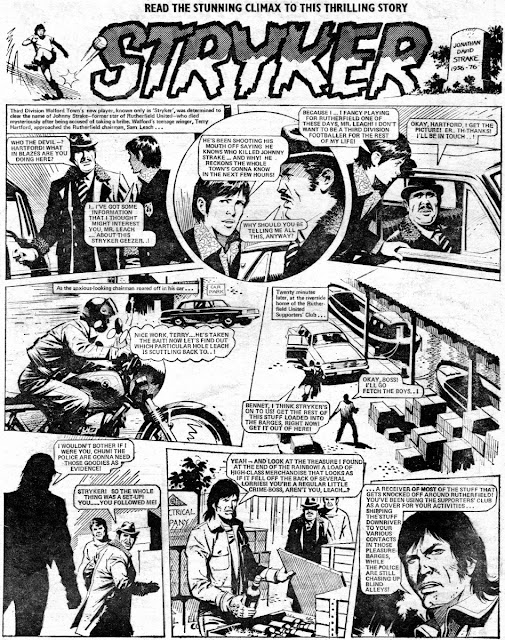 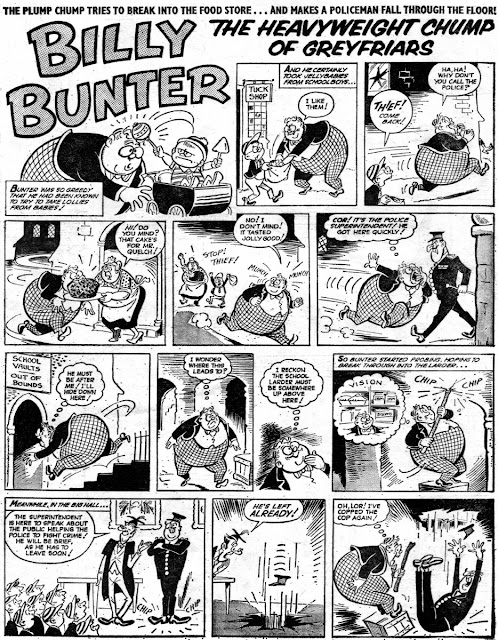 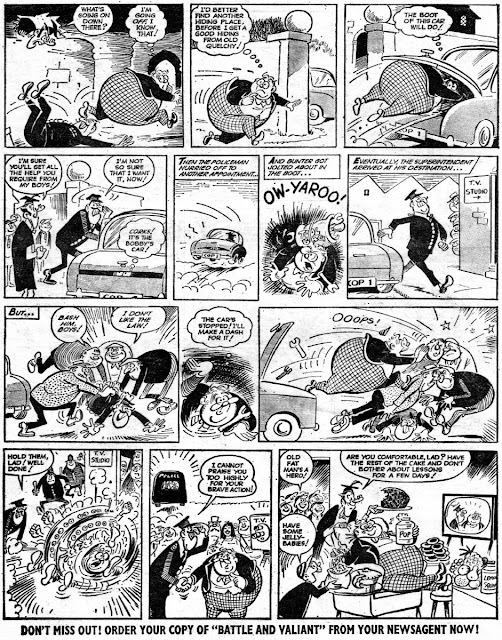 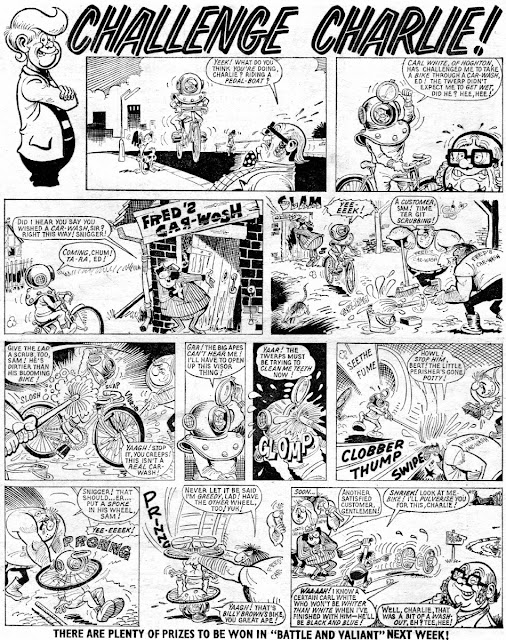 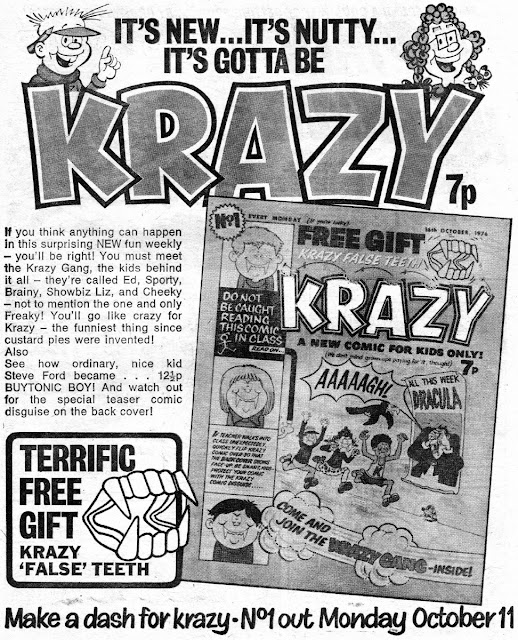 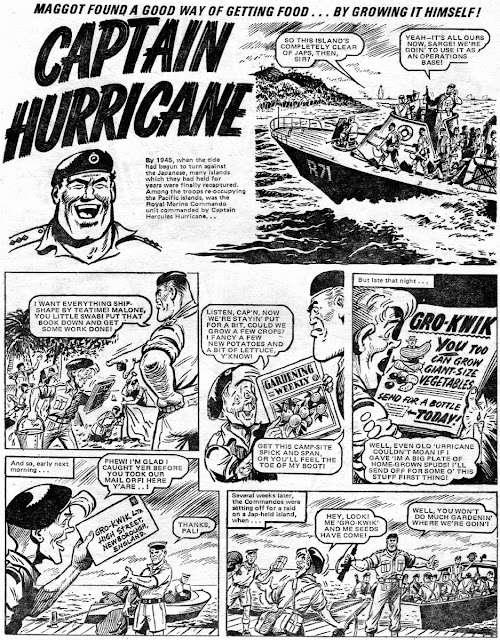 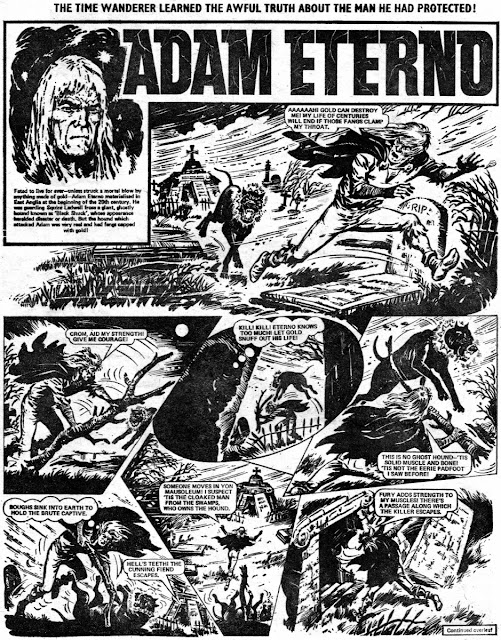 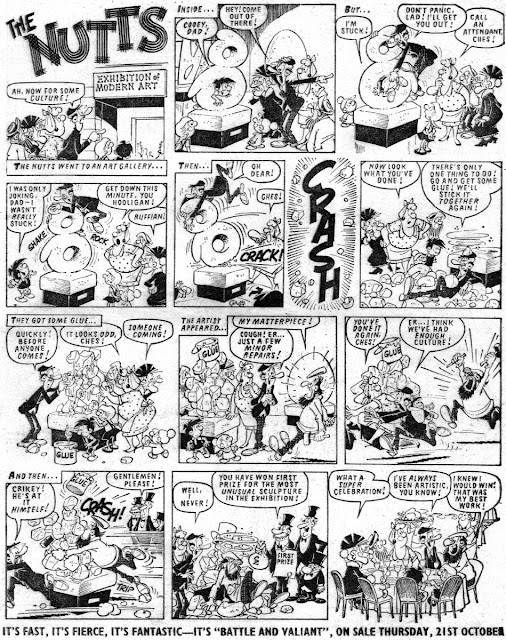 Looking back on it , I wouldn’t mind seeing Adam Eterno again . Good old Captain Hurricane though should stay as a nostalgia strip. his storytelling hasn’t aged well. Thanks to movies and tv we have a much more sober view of war. Still like Billy Bunter though . I absolutely remember this comic. And Battle.

Yeah, Reg Parlett's Billy Bunter is still funny, even after all these years. How did you feel about Captain Hurricane at the time, PS, with all his 'jingoistic' banter?

The only thing wrong with Hurricane is the repetitive, formulaic nature of the strips. Hands up anyone who would rather read the Albion continuity version? Well, you should've put 'em up sooner. As for the language, I don't think calling the Krauts 'sausage noshers' is going to offend anyone but the snowflakiest of folk. Would anyone nowadays complain about Malone's clichéd Cockney? Of course not because he's emblematic of everything these moaners hate...the white working class patriot. I don't know the biographies of the Captain Hurricane editorial/creative team, but I'd lay money they did their duty, at least in some capacity. These old strips are resurrected for one reason only - to sell to 50+ year old nostalgists...so why look at this material from a snowflake's viewpoint? They are legitimate comic art and so should be made available. If they don't sell, that's a fair reason to stop, but if Rebellion are willing to take a chance on all these obscurities then surely the lead characters that endured for 20 years deserve a try?

On the whole I agree with you, HS, but if I remember correctly, Phil S is Japanese and he lived in Britain during the '70s, so I wonder what he made of Hurricane's names for the Japanese, none of which were flattering. Of course, WE know that even back in the '70s, the stories reflected the wartime attitudes of the '40s and were meant to be seen in that context, but for foreign kids living in the UK, it might perhaps have been upsetting - after all, they weren't responsible for the war. I suppose World War II stories only appeal to an older audience anyway - nowadays there are more recent wars that stories could be set against.

Well, the descriptive terms would hardly be flattering as we were at war with the Japanese (in the strip), and as you say the dialogue reflects that conceit. Perhaps Phil would like to share what he did feel if he read Valiant in the 70's?

I would imagine that he would either (a) laugh along with the ridiculousness of the whole concept of a superhuman commando, and his alliterative allusions, or (b) do what I do every time I see something I find offensive - switch off/tear it up/spend my money elsewhere.

I don't mean this to sound flippant, but there was an article in the paper last week about how students mustn't clap any more in case they make people jump, so must do 'jazz hands' instead...I'm sure those people who fought in WW2 and ended up writing and drawing comics were assuming their readership could take some plainly playful dialogue

I would love to see a modern-day strip with Hurricane's great-grandson fighting ISIS. "Blistering bulwarks, these self-destructin' sons of Saladinous seadogs have properly got my goat, the pedestrian-pulping lunatics!".

"Sorry chum, we can't use it, we might offend some terrorists..."

For some reason, HS, your comment slipped undetected into my Spam file and I've only just discovered it. I've edited it slightly because I thought it verged on being needlessly (if unintentionally) provocative, but its essence remains.

Captain Hurricane's exploits (and other war tales) were strange when you think about it, because Germany, Japan, and Italy were no longer our 'enemies' when these stories first appeared, but they were unlikely to be read in those countries so there was little likelihood of them causing offence. True, the comics were exported abroad, but most foreign kids probably never read them. (And I don't use the word 'foreign' as an insult, Alf Garnett-style.)

If Hurricane were around today to battle ISIS, that would be fair game as they're seen as a current enemy, but even then, Hurricane wouldn't be allowed to make derogatory anti-Islamic comments. After all, not all Muslims are terrorists. I agree that the clapping/'jazz hands' thing is PC madness sure enough, but when it comes to 'playful dialogue', it has to be remembered that we Brits have (or used to have) an idiosyncratic sense of humour that most other cultures don't quite get.

We've always had the ability to laugh at ourselves (witness Dave Allen) as well as others, whereas some other countries see mockery, even good-natured mockery, by 'foreigners' (the West) as insulting. Personally, I think they should lighten up, but in the world of today where we all have to get along, it's in our own interests not to be seen as insulting other nations or cultures that are now seen as our allies (or at least not our foes).

So I'd say there's a difference between absurd PC silliness like 'jazz hands', and being aware of the sensitivities of other cultures and avoiding what could be seen as just plain rudeness. It's a fine line I suppose, but it's one that has to be trod if we're to get along in what is now a multi-cultural country - or world in fact. Of course, that should operate both ways, but it doesn't always work that way and can be a bit one-sided at times.