WHEN CREEPY WAS CLASSY...


Nope, I don't have any of the ALAN CLASS titles shown in this post (aside from CREEPY WORLDS #68), I 'borrowed' the images from ebay - but don't they look great?  (I cleaned them up a little.)  I used to own Creepy Worlds #130 back around 1972 or '73, bought at the same time and from the same shop as I purchased my MARX TOYS Jerry mouse from TOM & JERRY fame.  (You can read about that here.)  I managed to re-acquire Jerry at the beginning of the year (along with Tom, who I didn't have before), and one day I'll add CW #130 to my collection as well.

Anyway, I'm sure that you're not interested in all that load of old nonsense, you're just here to look at the pretty piccies.  So look!  (Incidentally, I haven't placed them all in order of title, but by contents, so that the heroes don't get mixed.) 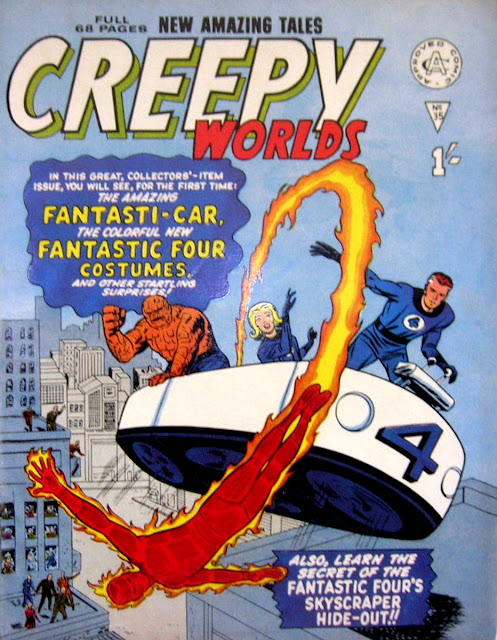 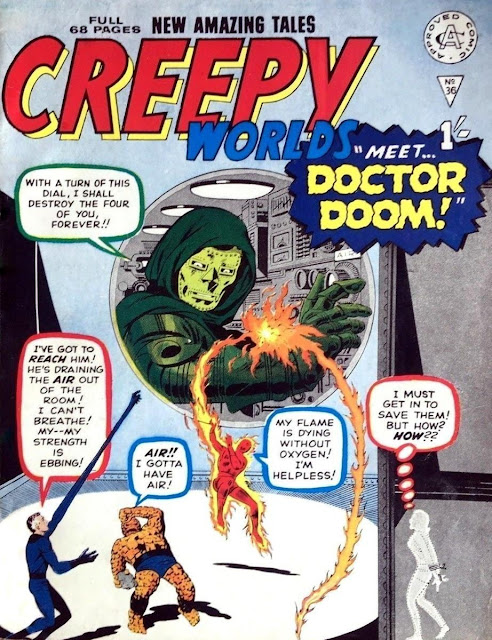 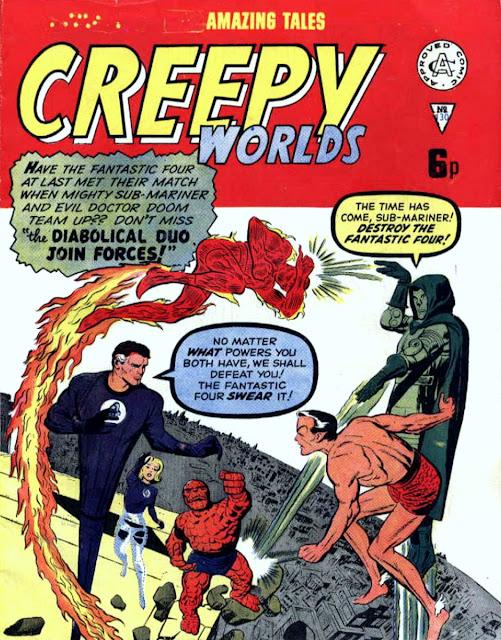 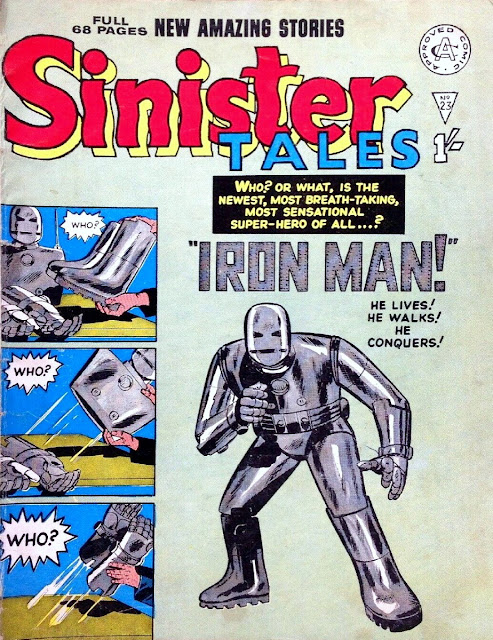 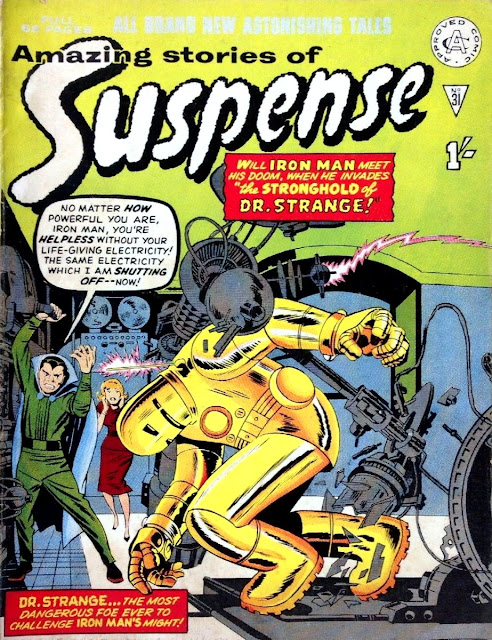 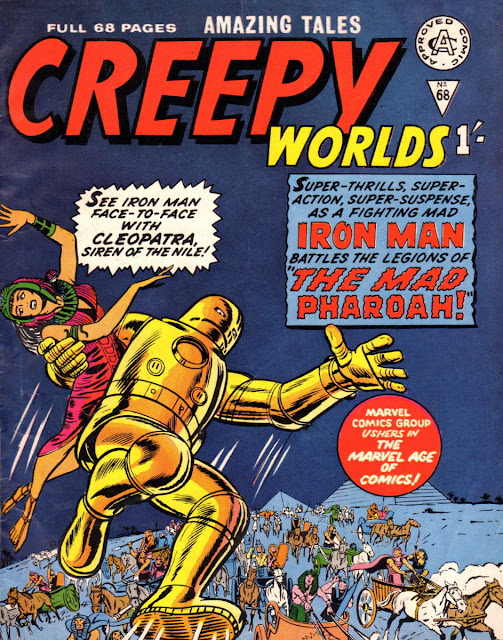 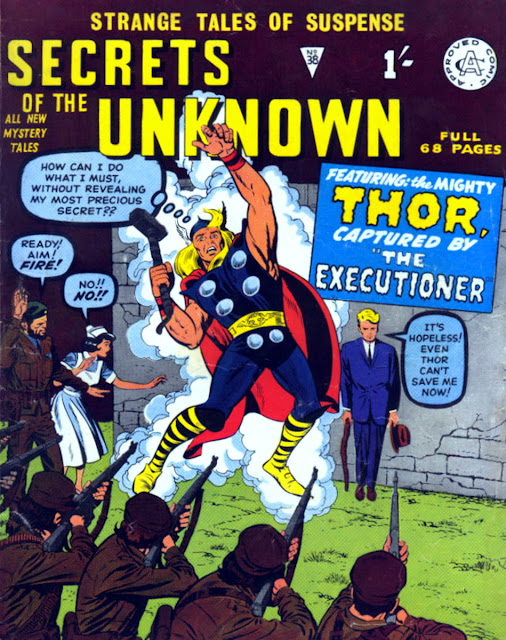 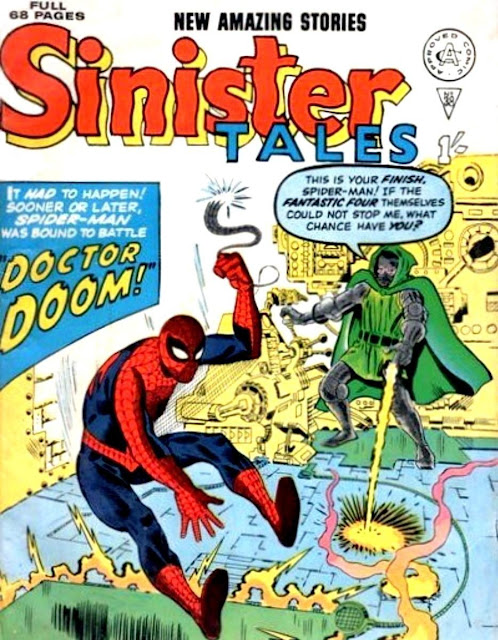 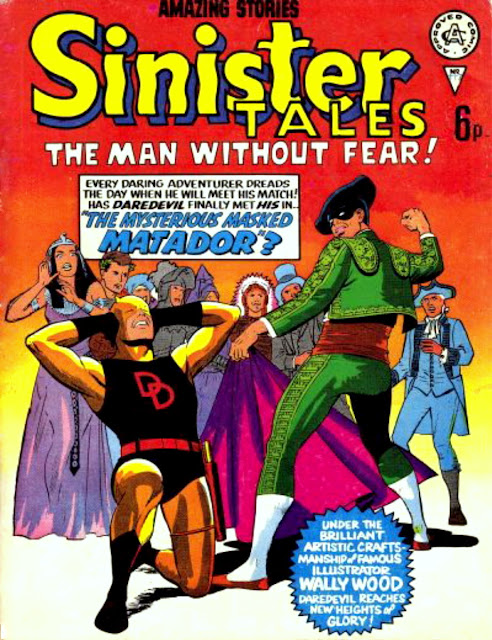 I always found the design,and size of Alan Class books to be very tactile . These early shilling editions look great. I bought these regularly as a kid but never really collected them and gave them away after I read them , not my best decision . I still have a few of these books ( only the Spidey one from your gallery) but I am unlikely to buy anymore as the prices for the shilling editions are too high for a reprint mag with what is pretty poor printing imho

You're right, McS, the printing was dreadful. I think it started dreadful with the shilling editions and got even worse with the pence issues. I suspect that it was a simple case of the printing plates wearing out, because as you know, the same mags were printed numerous times over the years, with only the price, page count, and cover text slightly changing. For example, on the shilling copies, it would say something like '68 Full Pages Of All-New Amazing Adventures'. Over time, the '68 Full Pages of All-New' would be masked-off (quite clumsily sometimes), but essentially they were the same mags over a period of 20 odd years or more. I think the '70s copies had 48 pages (52 if you count the covers), so obviously some stories were deleted, but they were still good value for money.

Yeah, the dealer prices are far too high - I've seen thousands being asked for Creepy Worlds #32 (FF #1), and it's just not worth it. I'd like to buy #130 to replace the one I had in the '70s, and there's one on sale in the States for about £50. I could actually be tempted, but for the fact the postage is around £54, which more than doubles the price. Crazy, innit?

Incidentally, the stories weren't even 'all-new' to begin with, as they were reprints from US mags, so a bit of dodgy advertising there.