August 1961 - that's when the November dated first issue of The FANTASTIC FOUR went on sale - and changed the face of comics publishing forever.  Created by STAN LEE & JACK KIRBY, the cosmic quartet set the pattern for superheroes with problems, who fought amongst themselves, who got married, had kids - and saved the universe when they weren't doing all those other things (and even sometimes while they were doing them).

"The World's Greatest Comic Magazine!" is now 52 years old and still going strong - and will hopefully be around for another 52 years at  least.  (And maybe one day they'll get the movie adaptations just right.)  Anyway, I thought all you 'Criv-ites' might enjoy seeing the covers for the first ten issues - when history was being made without anyone realising it at the time.

And if you enjoy seeing these ten cataclysmic covers, be sure to let me know in the comments section - then I might show you the next ten in the series. 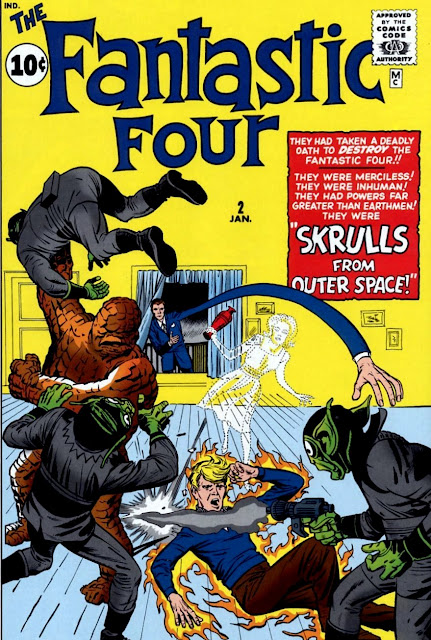 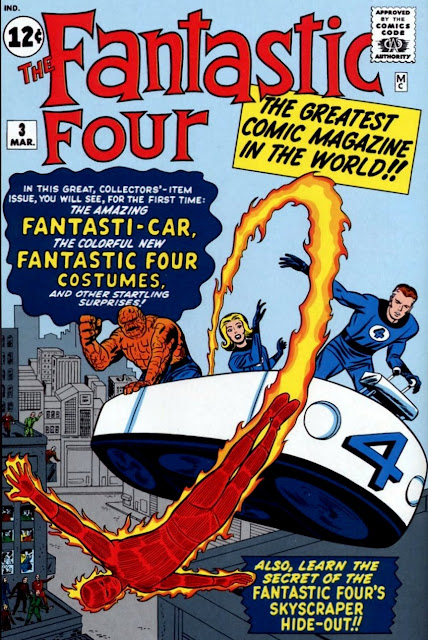 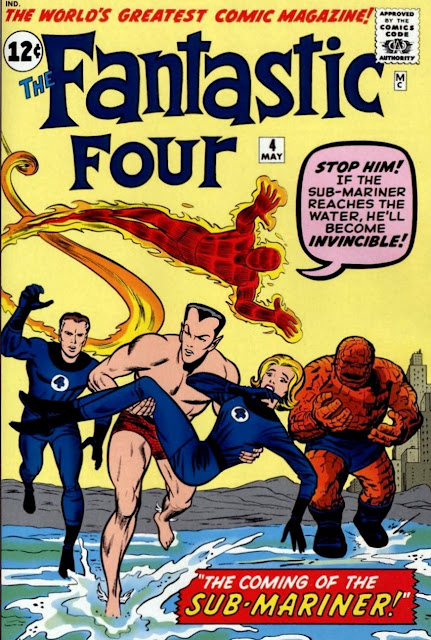 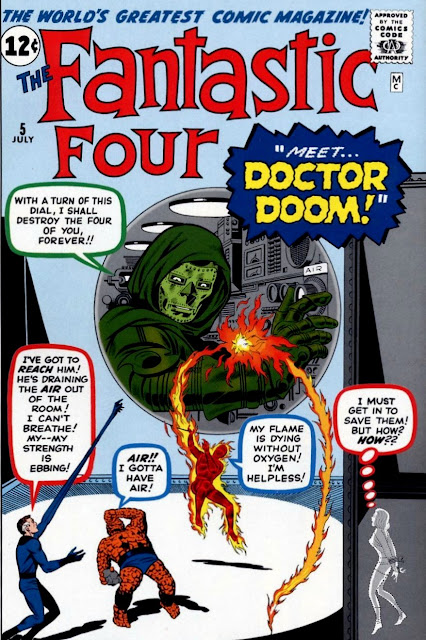 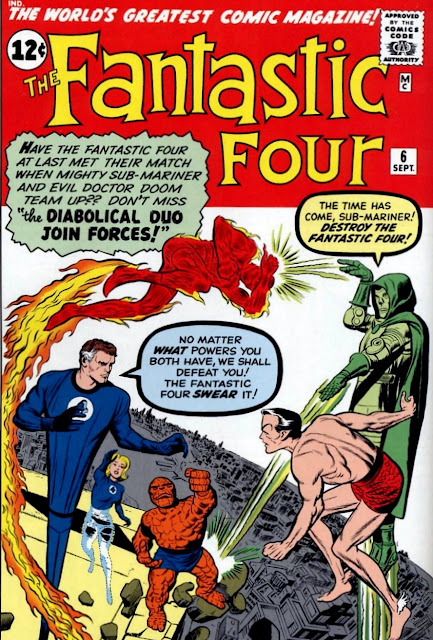 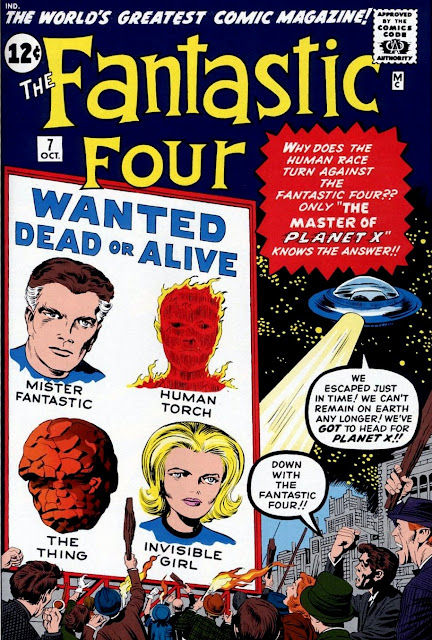 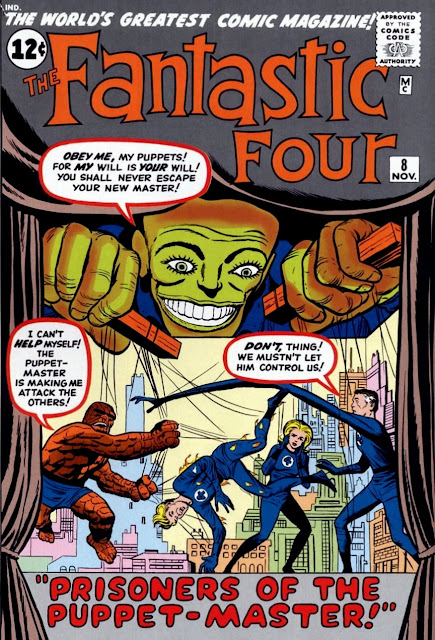 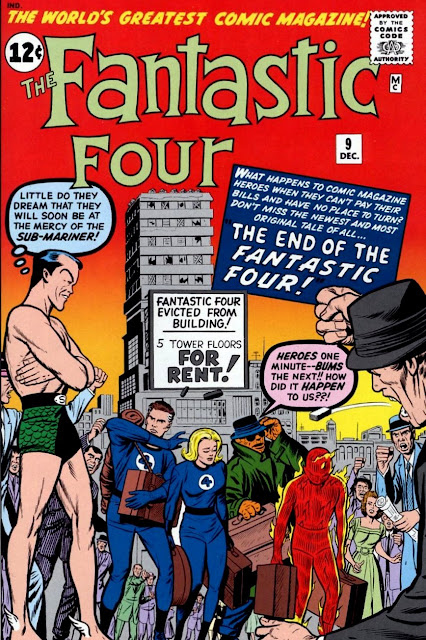 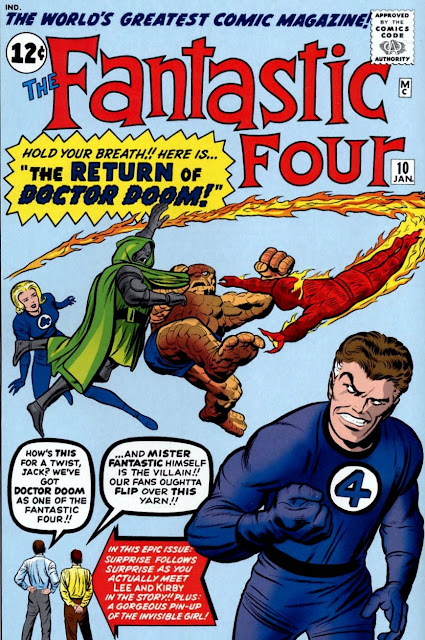 what can i say?

How about: "Kid, yours is the best blog in the world!"?

Five years later, how times have changed for the FF.
Given the horror stories produced by Marvel (and DC) in recent times, it's hard not to feel like they left rather than have been banished.

I think it was a 'political' decision to cancel the comic rather than lack of sales, 3. Marvel wanted the rights to the movies, so therefore didn't want to publicise movies by anyone else. (I still haven't seen the 3rd one - heard it was awful.) I'd have thought the comic would've benefitted from the movies rather than the other way around, but regardless of the motive, it's a shame there's currently no Fantastic Four comic on sale. I liked the Byrne series, though it went off the boil towards the end.