February 10th, 1973. That was the day SPIDER-MAN COMICS WEEKLY first went on sale (and the secret of FOOM was revealed to the waiting world). After sharing the first 19 issues of The MIGHTY WORLD Of MARVEL, the web-spinner was awarded his own mag, backed up by The MIGHTY THOR, with ol' Shell-head, The INVINCIBLE IRON MAN, joining them in issue #50.

This Sunday will be the 40th anniversary of this collectors' item classic, so I thought I'd treat you to the first part of a selection of covers and images from Spidey's very first pulsating periodical in the U.K.  He'd previously appeared in POW! back in the 1960s and then TV21 at the start of the '70s, but this was the first British weekly that presented full, uncut adventures in a publication with him as the title star.

So feast your eyes on the pics that follow, and indulge yourself in warm and cosy recollections of when you first experienced them 40 years ago.  And don't dare forget to click here for Part Two.  (And dig those dynamic JIM STARLIN illustrations on the back page of issue #1 and on the front cover of issue #3 - terrific stuff, eh?) 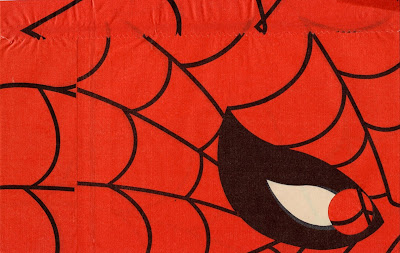 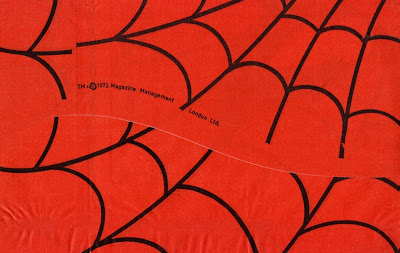 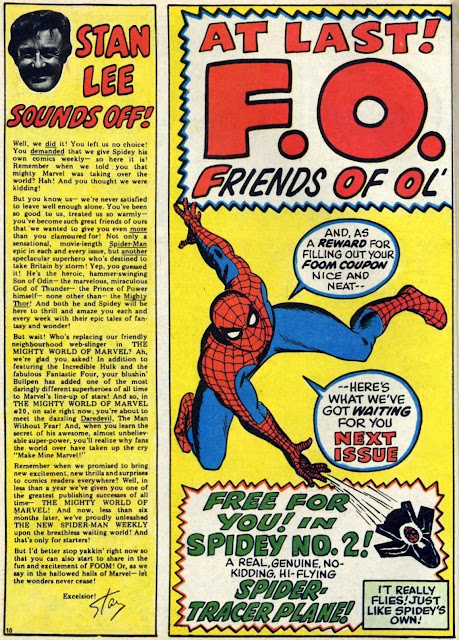 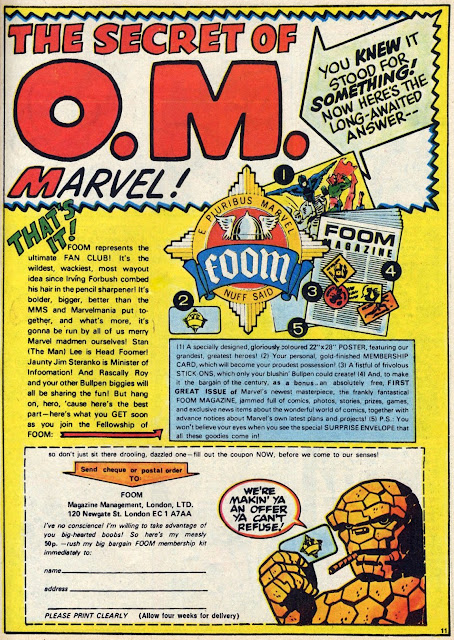 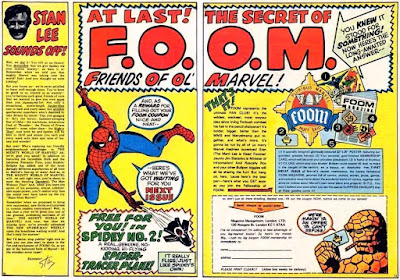 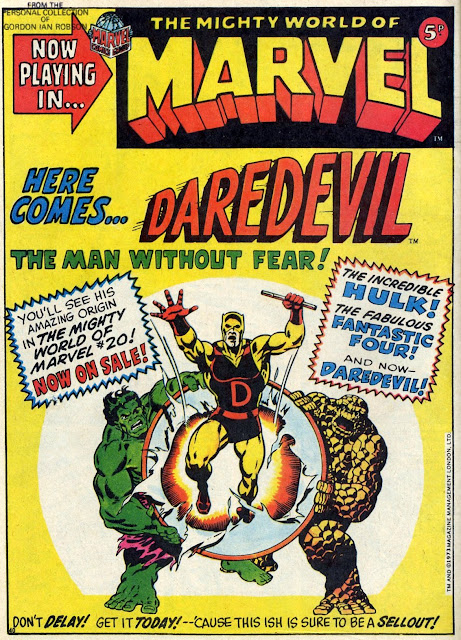 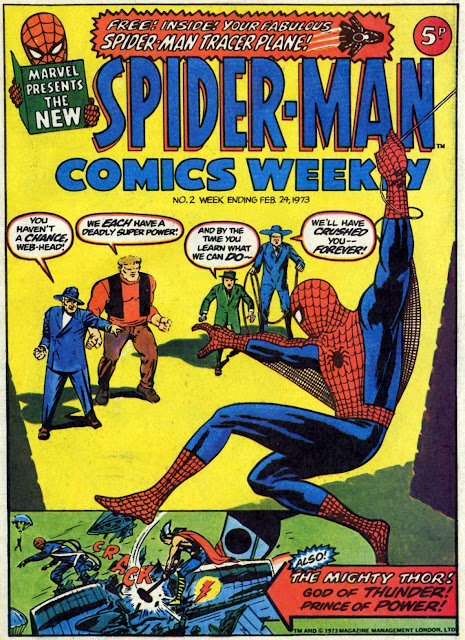 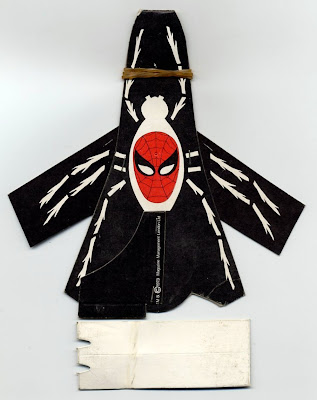 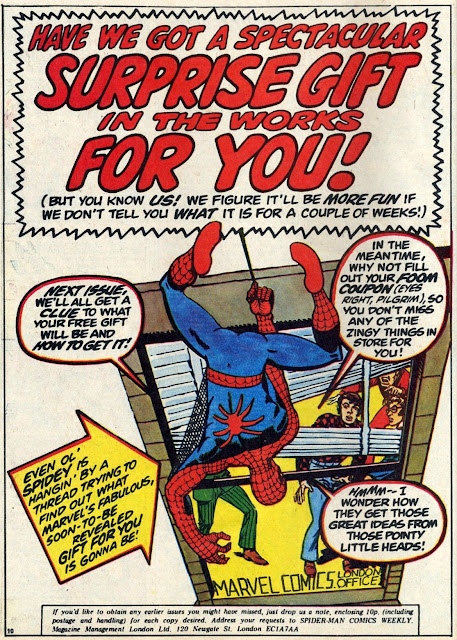 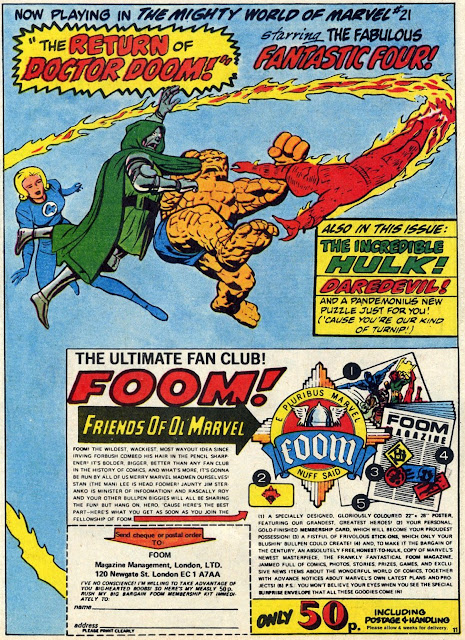 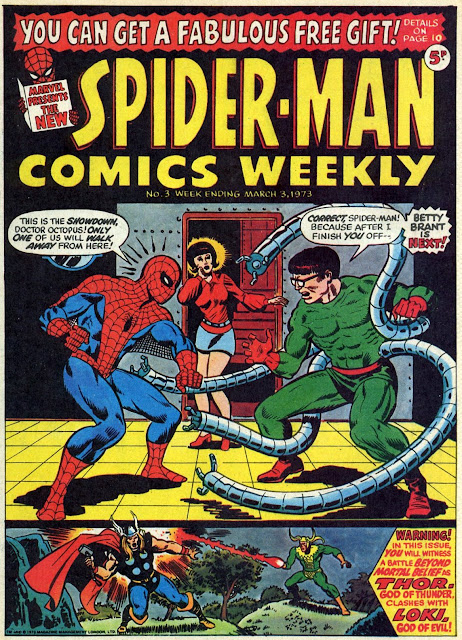 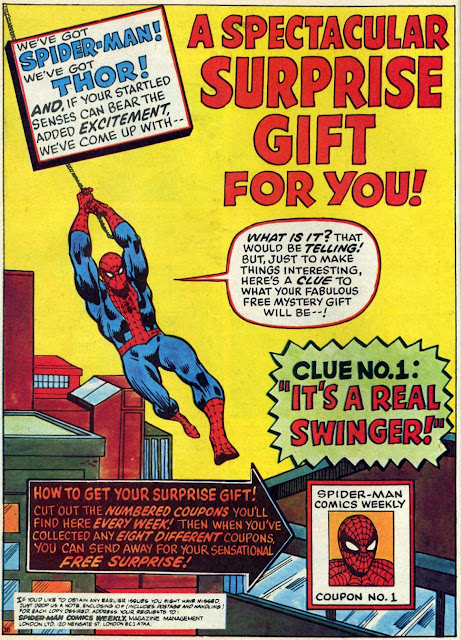 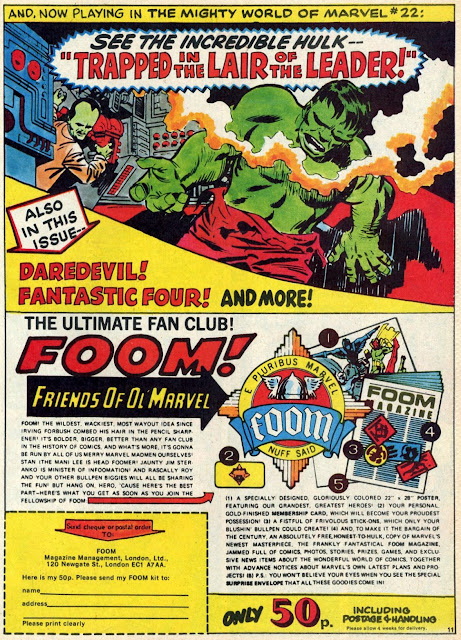 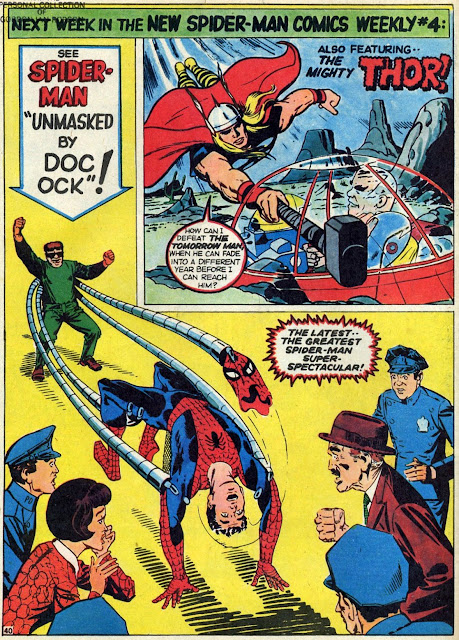 The Spider-Tracer plane! I'd totally forgotten about that. I can't recall if it actually managed to fly or not.

And guess what? It still sits inside the comic after all this time - as does the 'mask' from issue #1. The tracer plane was essentially the same as either Iron Man's Missile Launcher or the Astro-Dart given away in Terrific #s 2 & 3. (I can't remember which one without checking and I can't be bothered digging through my cupboard at the moment.)