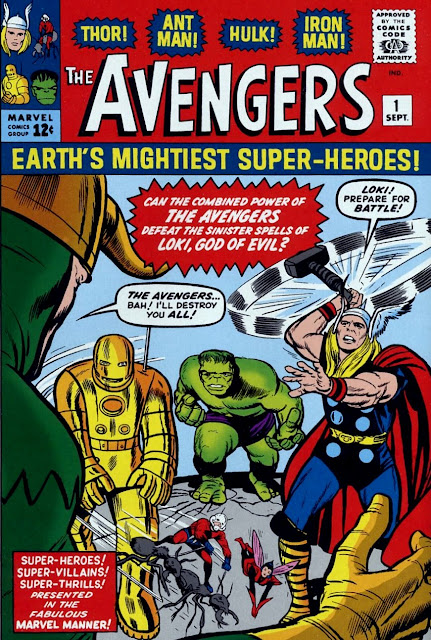 Return with me now to an earlier age, when the name JACK
KIRBY was synonymous with action and adventure in the Mighty
MARVEL Universe. And there was plenty of A&A around in the
pages of THE AVENGERS, especially on the dynamically drawn
covers by the artist dubbed 'KING' by MR MARVEL himself,
SMILIN' STAN LEE. (You'd be smilin', too, if you had
his kind of money.)
So, here for your edification, enlightenment and enjoyment
are the first ten covers of the Avengers' own mag - when comics
were fun as well as fantastic, instead of the dull, dismal, dreary
and depressing publications they are now. Someone should look
at how things were done back then - maybe they'd learn some-
thing. (Like how to do them right, for instance.) 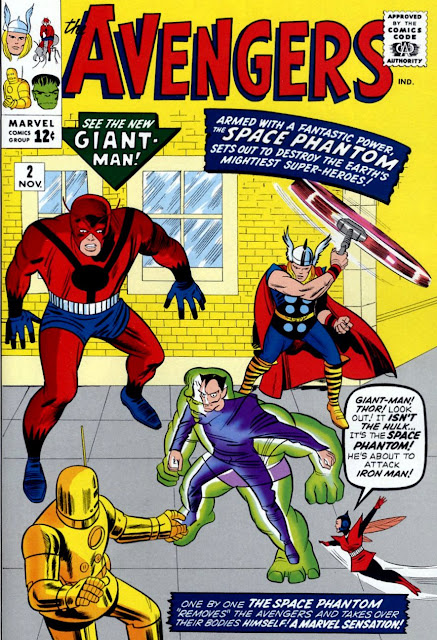 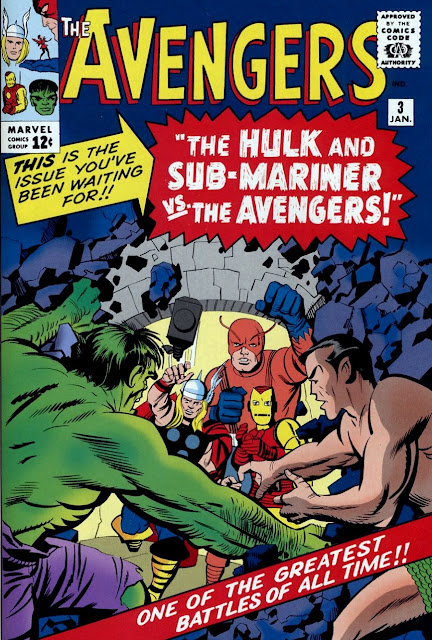 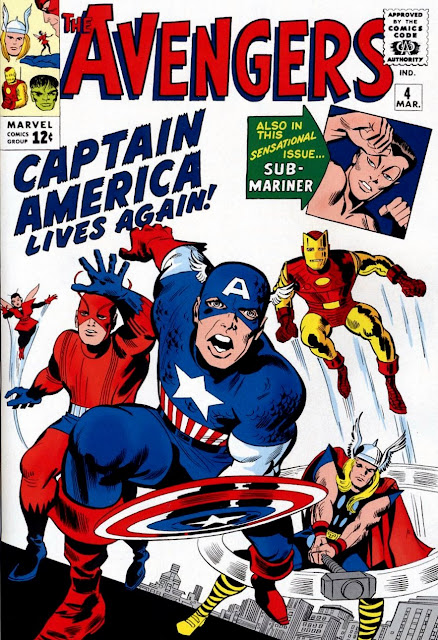 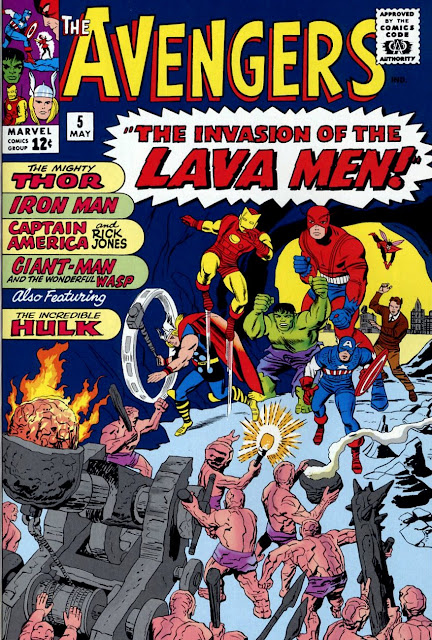 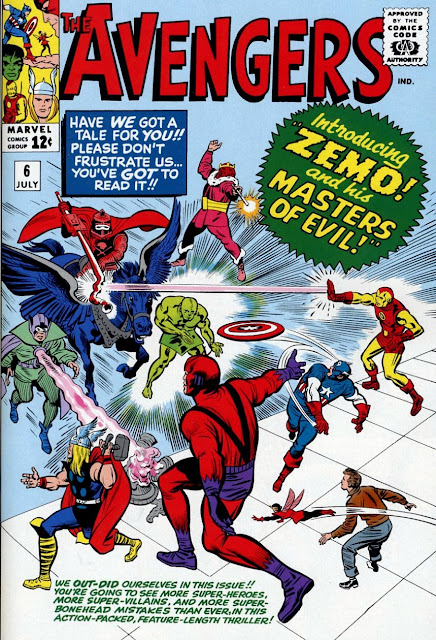 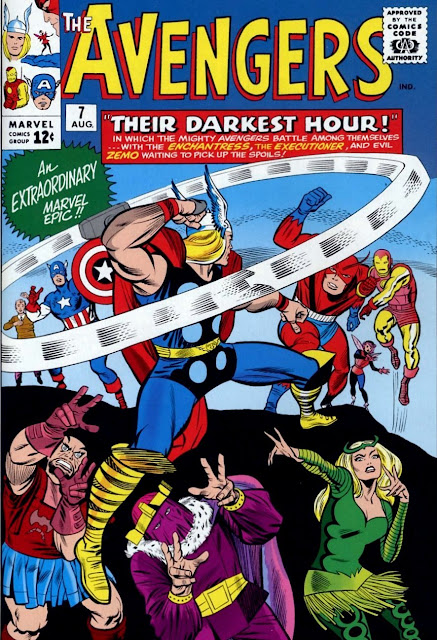 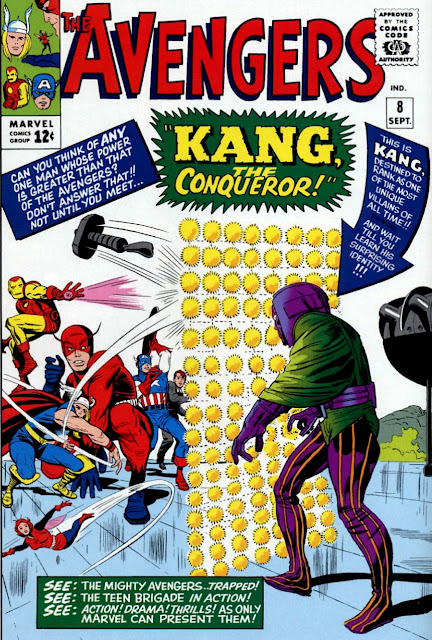 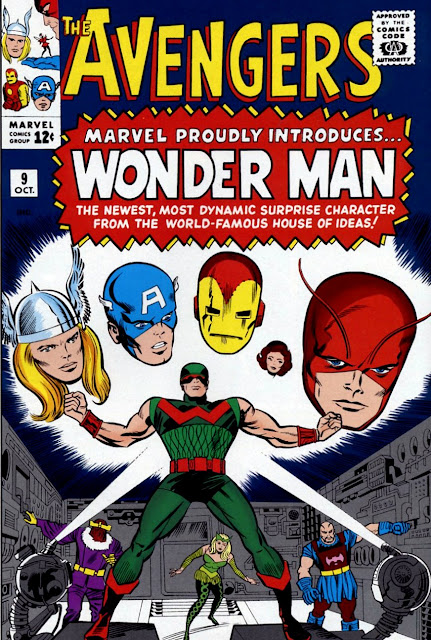 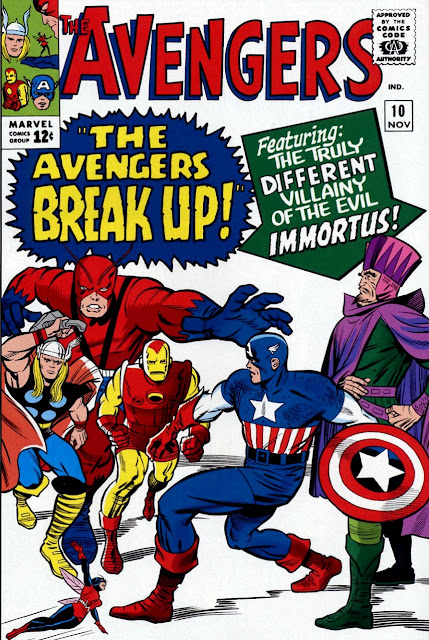