DO YOU KNOW SUSIE? 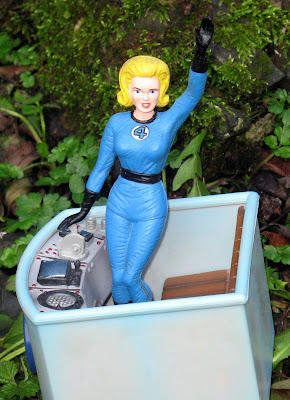 If you knew Susie, like I know Susie - well, then you wouldn't know
Susie either. However, I've always harboured a bit of an infatuation for
SUSAN STORM, aka the INVISIBLE GIRL. In 1962, FANTASTC FOUR
#10 had a pin-up of her in her section of the FANTASTI-CAR, which was
also published on the back page of issue #17 of a British comic called
FANTASTIC back in 1967. It was also published in THE MIGHTY
WORLD OF MARVEL #11 in late 1972. 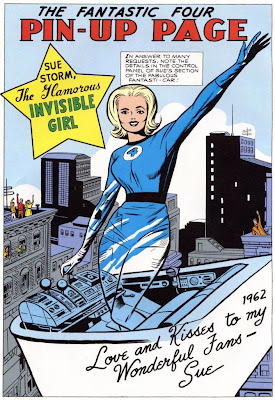 The top photograph is a re-creation of the above pin-up, using a
figure and Fantasti-car from different manufacturers quite a few years
apart. However, they fit so well together that it would've been a crime
not to combine them for a photo opportunity out in my back garden.
Whaddya think? 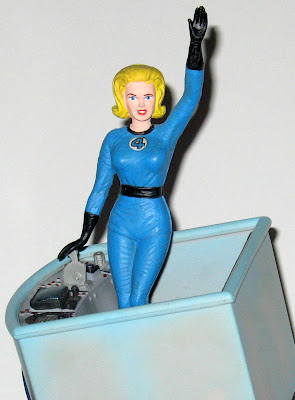 I love it! That is really cool!

Thanks, Doug. I'm quite proud of it.

Sue Storm, ooh yeah, she fills a sweater out nicely.

And it's even better when it's MY sweater. (No, I don't know what I mean either.)