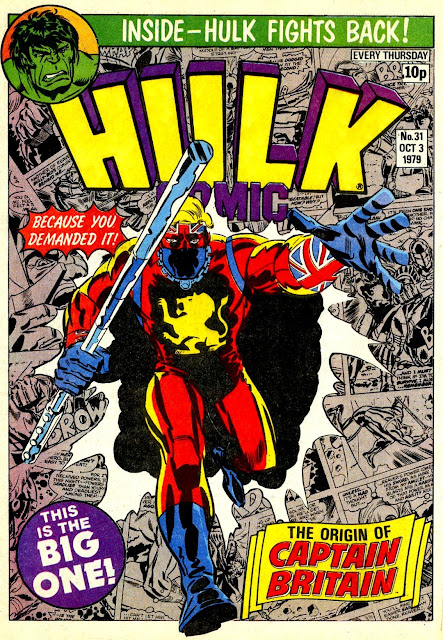 I have the strong impression that I picked up this particular issue in the
offices of 2000 A.D. in the mid-'80s, although I'd no doubt bought a copy
when it first came out in 1979. THARG was obviously agreeable to my
request to keep the comic, and here I am, nearly 30 years later, and it's
still in my possession. Hoarder? Moi?
Looking at it today, it's hard to believe that only three years had passed
between the debut of CAPTAIN BRITAIN #1 and his origin being reprinted
in HULK COMIC #31. Thinking back, it seems to me that it felt like a much
longer period between the two issues at the time, but it's hard to be sure.
Anyway, I thought you might like to see the second British weekly
presentation of the Cap's origin, re-sized, de-coloured, but still with
the same Magnificent Mighty MARVEL Magic! 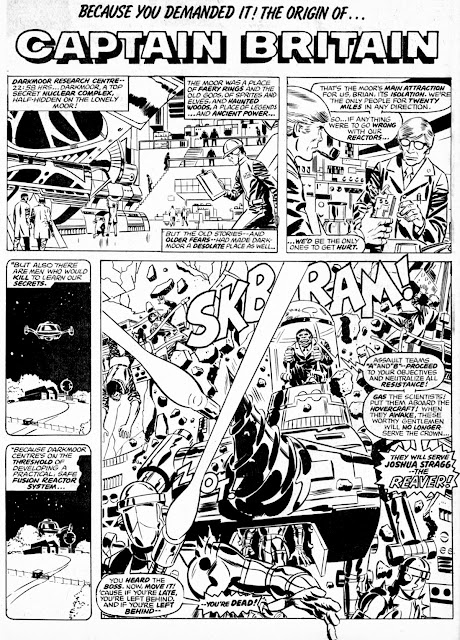 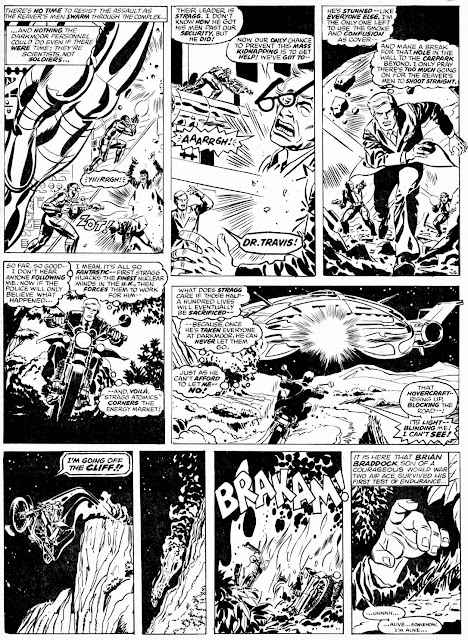 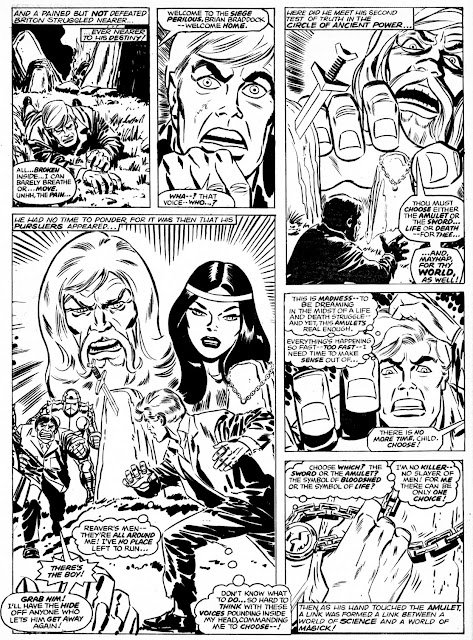 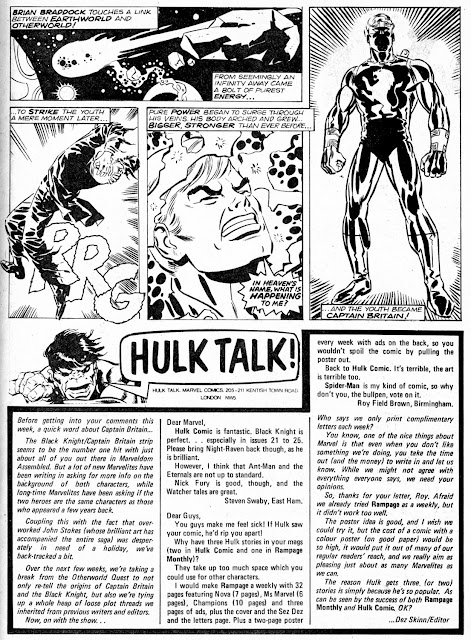 pretty sure I'd given up on British Marvel comics by the time this appeared. this would've been 'round the time they started chopping up the original US strips and cramming as many of them as they could in each issue, wouldn't it? maybe just before.

not seen this before, anyway. I like it in b&w, prefer it over the coloured one.

It was in 1979 that Marvel U.K. started resizing the strips, Joe. First in Marvel Comic and Spider- Man Comic, and then - yup, you guessed it - Hulk Comic. The monthly Marvel Superheroes also resized some strips.

I agree, it does look a lot better in black and white.
Might have been the paper or printing process they used in the original Captain Britain comic.
I am sure it was different in some way?
Or maybe it was the colour pages being an odd thing after being used to the black and white.

It's been resized, Baab - approximately 2 original pages to one new page, just like the Power Comics did in the '60s. The pages perhaps looks more interesting to British sensibilities as a result.