Dunno about you, but I thought the four part tale contained within issues #90-93 was an absolute belter and a half!  I seem to recall reading somewhere that it was a Star Trek episode in which the crew either go back in time, or land on a planet which bases their culture on 1930s America, that inspired Jack to dream up this plot.  (Doesn't mean that Stan didn't contribute, Lee-haters, so down, boy!)  In our previous post, we saw the covers to #84-87, and Jack purportedly was influenced by The Prisoner TV series when he dreamt that one up.  Whatever would he have done without a TV, eh?
Anyway, if you've got a favourite cover within this lot, be sure to share which one (or ones) it is with your fellow Crivvies.  You know how nosy we all are. 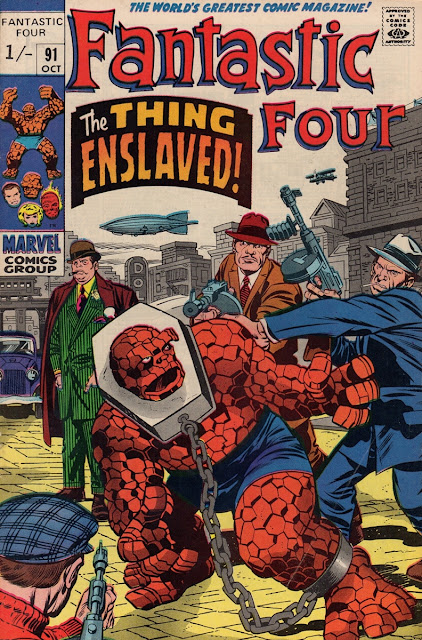 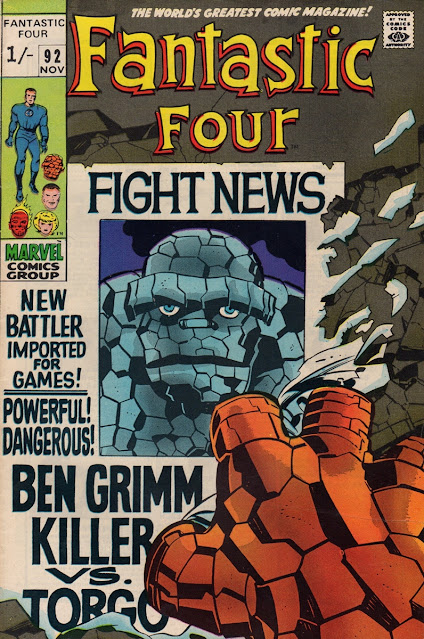 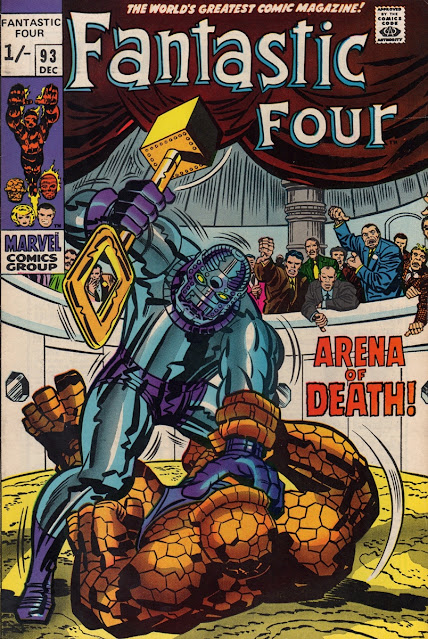 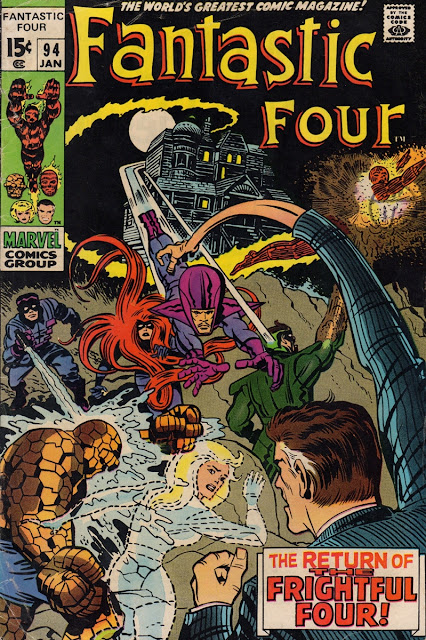 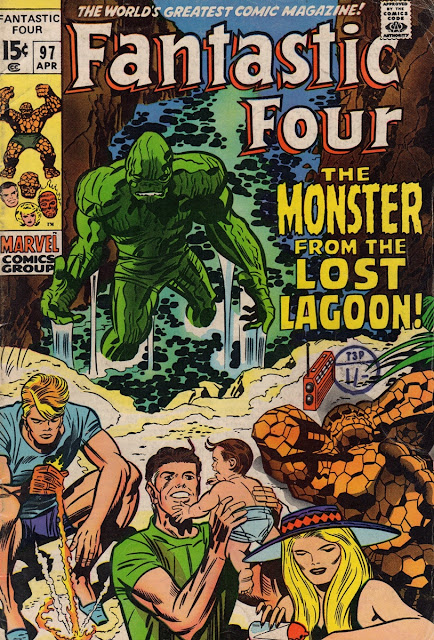 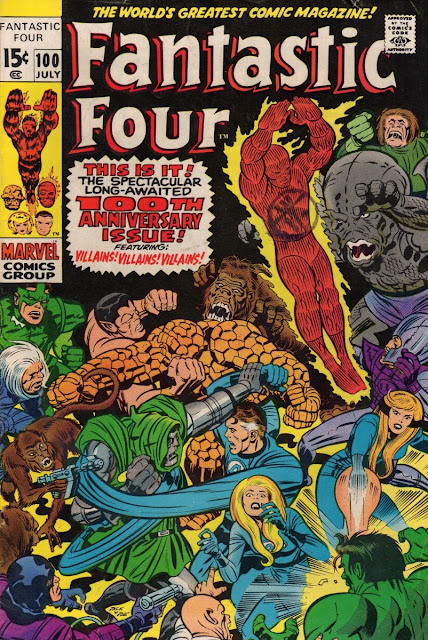 Bonus: In between Kirby abandoning the mag and Buscema taking over, John Romita drew four issues of the good ol' FF.  I only have one original ish (though I have the others in a Masterworks volume), so I though I'd show it here.  I must admit I bought my original copy of this number (the one below is a replacement) purely out of lust over the pic of Susie on the cover.  Ah, young love.  (Looks a bit like Paige Spiranac in the previous post, eh?) 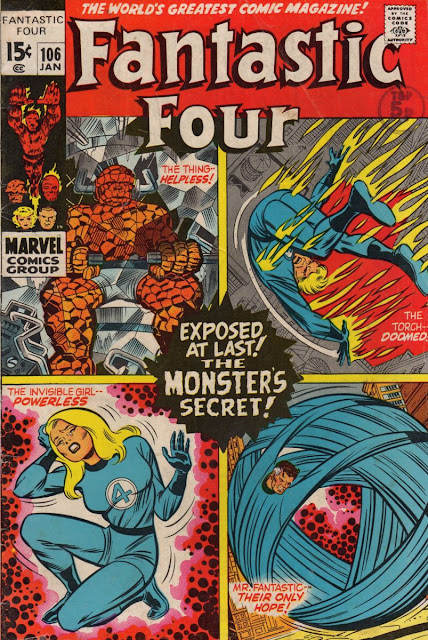 I encountered all of these as re-drawn covers of The Titans first and I didn't see the original covers till several years later - in the early '80s I bought a book which featured all the FF covers and plot-lines until #200 or thereabouts. My favourites of these are #90 and #93 (or The Titans #33 and #35 - yes, good old Marvel UK with their usual efficiency managed to put the re-drawn "Arena Of Death" cover on The Titans #35 when it should have been on #36).

Yeah, Marvel UK paired the wrong covers with the wrong tales quite a few times, CJ. They did it on a really early ish of MWOM, which said that, inside, The Hulk battled Tyrannus. In actual fact, that tale had either been published the week before or didn't appear 'til the week after. (Too tired and too lazy to check which.)

All excellent covers. I like issue 92 best. Luke Colin I saw most of these in UK Titans but this is the first time I recall ever seeing issue 92 before. I really like Romitas are on the FF as well .

Issues 93 & 97 remind me of Blackpool, McS, 'cos that's where I got my original copies back in 1973 or '74. Blackpool was a great place for buying comics then; brand-new condition and straight off the spinner-racks at normal price, even though they could be a few years old.

I have a bit of a knowledge gap regarding late-era Kirby FF that I really must rectify one of these days- not familiar with most of the stories between #80 and the end of Kirby's run.

I always thought the Romita FF issues looked a little uncomfortable, like Jazzy Johnny wasn't quite able to find his groove- I wonder if he'd have settled into it if he'd been on the title longer.

You're in for a treat when you do catch up, DS, 'cos there are some great tales in there. Kirby was maybe treading water with the odd issues, but the Skrull storyline is a belter. John Romita is an excellent artist and a very clear visual storyteller, so it's possible he would have done great things with the title given a longer run, but Buscema was a more dramatic artist whose style was a better fit, as he channelled Kirby without trying to look like him.

John Buscema is my all-time favourite artist, and his first FF run is a classic. Strangely though, he never quite seemed to get Spider-Man right- the body language always seemed a little off. He's in good company though, as I always felt that Gene Colan and Jack Kirby had similar issues drawing Webhead- amazing artists though they all were, they never got that weird, almost self-conscious air that the best Spider-artists captured so well (ie Ditko, Romita Sr, Ron Frenz, Sal Buscema)

I think Buscema's version of Spidey worked better when it was inked by Romita or Mooney, DS, but he did a good enough job with other inkers. Ron Frenz was good at Spidey because he's a 'swipe' artist, but I didn't like it when he combined two different artists' styles on the one page. Sal did an okay job, but I was never too keen on the way he drew Spidey's mask, and his style got looser as time wore on. Early Ditko and Romita art suited Spidey best, I think.