A 'FAVOURITE COMICS OF THE PAST' REPOST: THE RUNAWAY SUPERBOY...

SUPERBOY #146 is another comic I had as a boy which I never got to read the conclusion of in the next-but-one issue.  (Again, just like WORLD'S FINEST COMICS #178, the succeeding publication was an 80 Page Giant which featured reprints of earlier stories.)  The wrap-up of the Superboy adventure came in number 148, but I've never read it in the forty-odd years since I first obtained the original comic featuring the first part of the story.  (Or if I have, I've long since forgotten it.  I don't think I have though.)
If my flashback faculty is faithfully fulfilling its function, I got this ish the same day as X-MEN #45, both bought for me by my bruv on or around the time of his 14th birthday in December 1968.  I recall comparing the full-colour X-Men story with its black and white reprinting in the pages of bombastic British publication, FANTASTIC, shortly before it finished its 89 issue run.  I think I also flicked through FANTASTIC FOUR ANNUAL #6 in the same shop on the same day of purchase of the other two.
The shop still exists*, although it's changed hands quite a few times over the years - and it's been decades since it sold any U.S. comicbooks.  However, one glance at Superboy #146, X-Men #45, or FF Annual #6 (even though I didn't buy it) and I'm once again back in that shop as it was in 1968, when I was a mere ten year old boy.  Many years later, as an adult, I finally obtained that FF mag, but it cost a lot more than it would have back in the '60s.  Couldn't tell you where I got it from 'cos I can no longer remember.  Not that it matters, I suppose, because it's too firmly associated with that shop from my childhood days.
And perhaps that's how it should be.
(*Update:  Well, it did when this post was first published in 2012, but closed its doors around three and a half years later.  It's now a fast food outlet.) 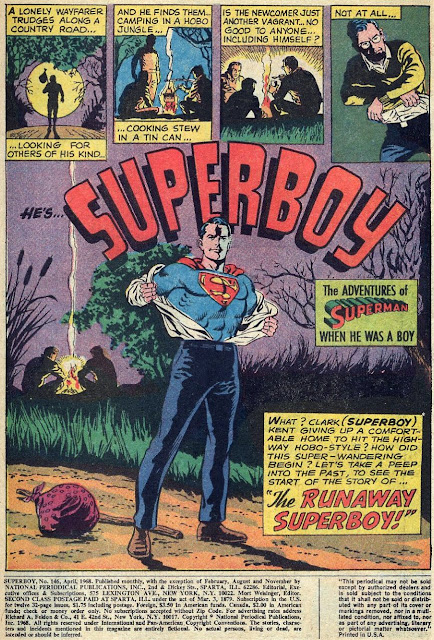 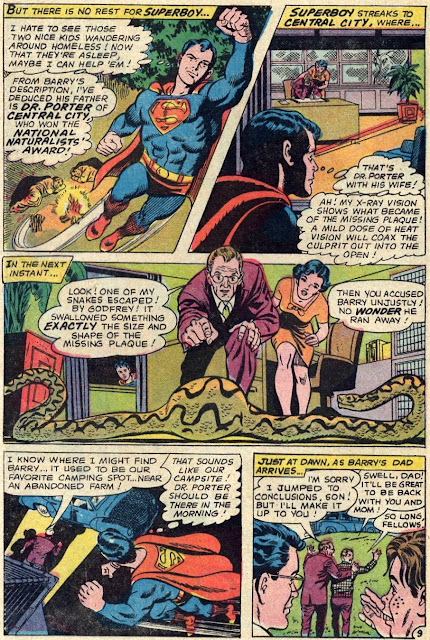 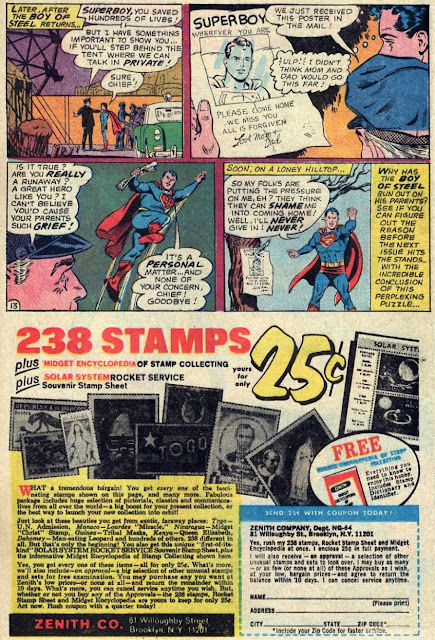 Update: I've now got the conclusion to the above tale, which you can read about here.  Before you jump over to have a look, below is the cover (replica edition) of #147, the Giant reprint issue, so that you've got all three issues in sequence. 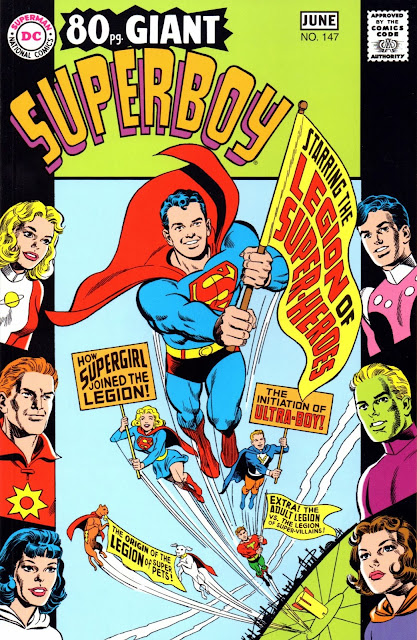 I always loved DC comics from this era, although many don't "age" well on a rereading years later. The main attraction for me on these comics are the excellent Neal Adams covers this would one would make me want to buy the comic on its own , something many of today's artist could learn from.

I think part of the problem with today's covers, McS, is that they're usually only pin-ups, with no word balloons or even cover-blurbs to entice potential readers to pick them up and buy them.