Thought I'd show you the first of what's going to be a four part cover gallery series featuring my earliest issues of Fantastic Four when Jack Kirby was drawing the mag.  Of course, I have reprints of all the issues in various collected editions, but these are my actual individual original comics with no 'tarting up', unlike my usual practice where I diminish minor (and sometimes major) blemishes.  No, here they are in all their unretouched glory.
It may appear that a few of the spines are too closely cropped, but that's mainly caused by the cover art curving around the spine and onto the back cover, so there wasn't a lot I could do about that without taking ages trying to compensate for it.  For the nit-pickers among you, three covers over the four parts are from individual facsimile issues from several years back, so have fun trying to spot them.
Incidentally, in case you're reeling from the shock of seeing the above ish of FF #1, relax.  It's actually a '60s reprint for Golden Book & Records, which came with a dramatisation of the tale, and yes - I do have the record.  Marvel released a new facsimile a couple or so years ago, with great reproduction, and for all those (like me) who probably couldn't afford an original 1961 issue, then the facsimile makes a very nice alternative indeed.
Anyway, that's enough yakkin' from me, I now direct your attention to the cataclysmic covers within this post.  If you have a favourite and want to share which one it is with your fellow Crivvies, feel perfectly free to do so in the comments section.  And don't miss part two - coming soon! 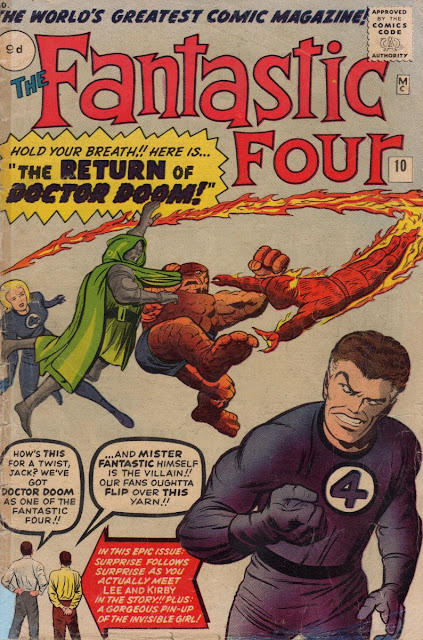 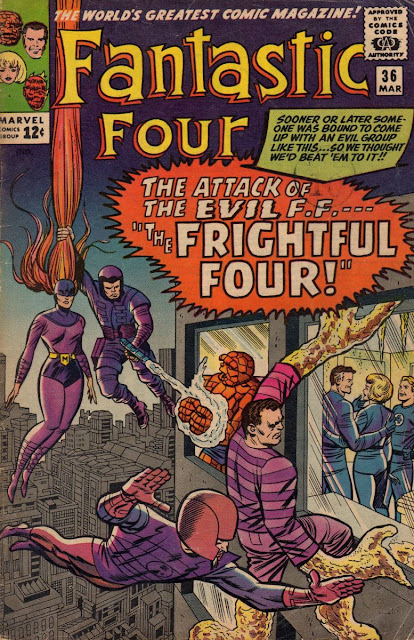 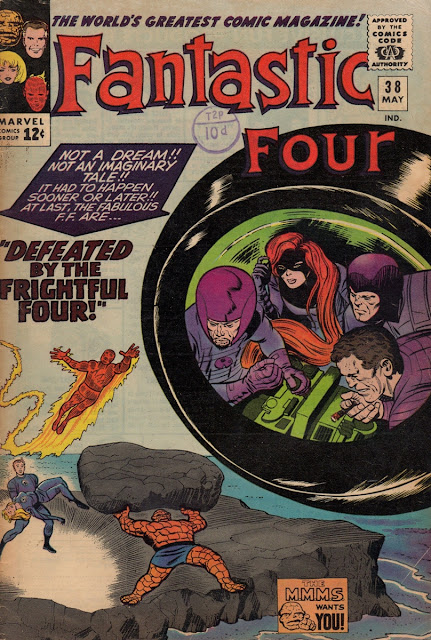 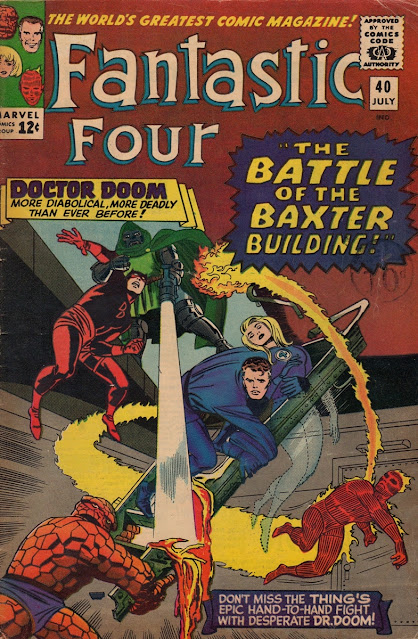 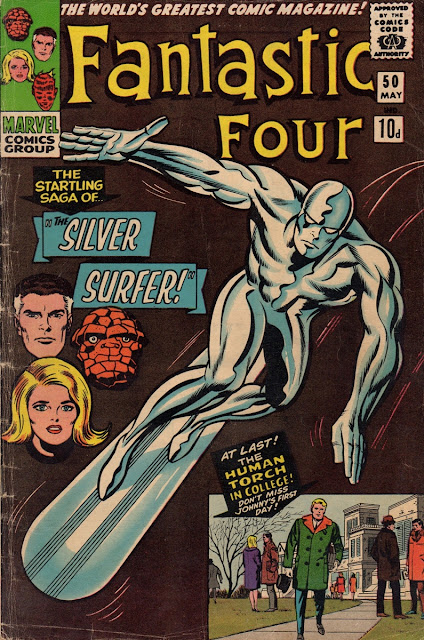 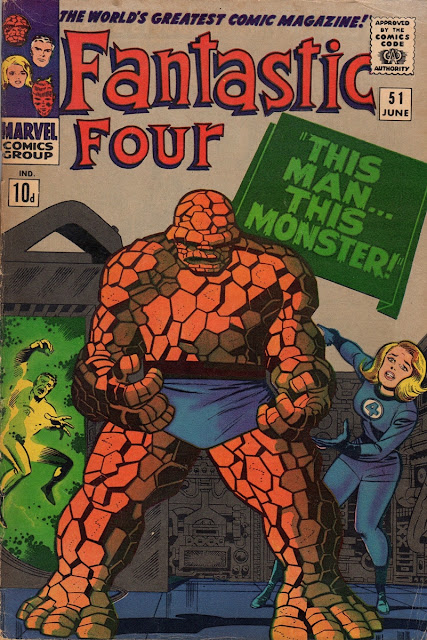 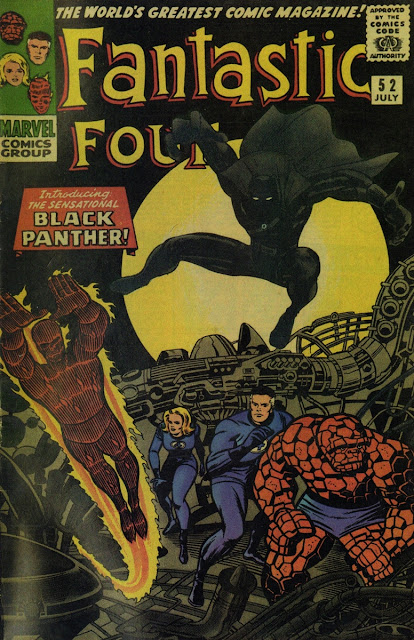 My favourite from your list of (impressive) cover is issue 52 with the Black Panther (I think I picked up the True Believers version of that) . My favourite early Kirby FF cover was issue 45 “Among us hide the Inhumans” but my 2 all-time favourites of his work on FF are issues 72 “Where soars the Silver Surfer” and (probably just edging it) issue 82 “Mark of the Madmen” ( featuring the Inhumans again).

Ta for that, McS. It's hard to pick a favourite with Kirby, isn't it? By the way, I'll have a free copy of Leopard From Lime Street Vol 2 soon, courtesy of Rebellion, which you can have if you like. Just send me your address again - don't worry, I won't publish it.

Ooooooooh! are you sure, that's very kind of you. I love Mike Westerns art. I will get something in exchange to you for that though :) I will send my address via email, I don't want pestered again by that lady golfer Paige Spiranac !!!

Nah, don't worry about giving me anything for it, it's one that Rebellion is replacing for me due to a minor imperfection that probably wouldn't worry anyone else but me. Once I've received my replacement and checked it out, I'll send you the other copy. You might want to consider buying Vol 1 as a thank you to Rebellion - then you'll have the full set so far. They're a nice little read.

And I'll have a word with Paige for you, as there's simply no need for her to pester you for my email address. She only has to ask me when she brings my 'meals on wheels'.

Much as I love the cover of #36 for its depiction of dramatic events in an almost nonchalant manner, I'd have to go for #51, which I think just oozes drama and intrigue. Also, it is (in my opinion) the greatest single issue of a comic ever published. This Man, This Monster is not just a great story, it was the perfect story to do right after the Galactus Trilogy. Stan and Jack followed up a cosmic epic with an introspective study of friendship- they went from the FF taking on a giant alien who planned to eat the Earth to a lonely man contemplating his existence on a rainy evening (with Kirby machines and other dimensions thrown in, of course).

I think FF#51 is a beautiful piece of work, if I haven't already made that clear. Another little detail that I always liked is that we are never told the name of the scientist who impersonated the Thing- it made his death more poignant. A pity that later writers couldn't resist the urge to not only reveal his name but also introduce his vengeful brother. Some stories should just be left to stand alone.

Never saw that follow-up story to #51, DS, but you're right - "This Man... This Monster!" is a classic. I'm sometimes tempted to wonder if it would be so well-regarded had Jack scripted it himself instead of Stan, but I very much doubt it. Maybe it's good that we never saw that version and that it exists only in the land of 'What If...?'

The British version of the cover of FF#51 is superior to the U.S. one in that they use green in the box to match the green of Reed's Negative Zone dilemma. It makes the cover fairly glow.

Are you comparing it with an actual 'US' comic, RJ, or a reprint? My reason for asking being that the 10d covers were printed in the States on the same presses as the cents copies. Apparently they'd print off the issues for sale in the States and Canada, then just change the price on the cover plate for the ones sold in Britain. Sometimes the name of the UK distributor (Thorpe & Porter) was added to the indicia on earlier issues, though I think that was when the indicia appeared on the inside front cover.

I've just looked at a US copy on ebay, and you're right, RJ - the box IS darker. I'd guess that the 'green' box is maybe down to the vagaries of printing rather than a deliberate alteration, and probably happened as a result of the presses being paused while the plate had the price changed from US to UK. Though I suppose it's possible that they made two cover plates at the same time, each with its own price.