Just because we're only halfway through our Jack Kirby FF cover gallery doesn't mean we can't start another one featuring the legendary John Buscema, so here's a few to get us started.  I think I enjoyed Big John's take on the Fantastic Four every bit as much as Jack's, and by this time, with Jack over at the Distinguished Competition, John's art had reset the Marvel 'style'.  Having said that, John would likely have eventually supplanted Jack as Marvel's premier artist anyway (if he hadn't already), as JK's art was beginning to look not quite as dynamic, or as fluid, or as well-composed as it had once been.  Still great of course, but one could see the 'erosion' setting in.

Anyway, marvel (yup, pun intended) at how John handled the cover duties on ''The World's Greatest Comic Magazine!' (or 'comix' as it became for a while).  Incidentally, some of the comics below weren't cut 'straight' at the time of publication, but rather than waste time and effort (and my life) trying to compensate, I've displayed them just as they are, squinty warts and all.  I can assure you that they were placed on my scanner with utmost precision.  Anyway, if you've got a favourite, then say so, effendi. 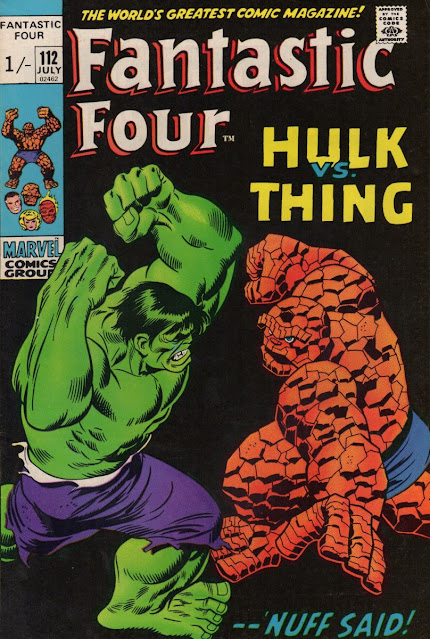 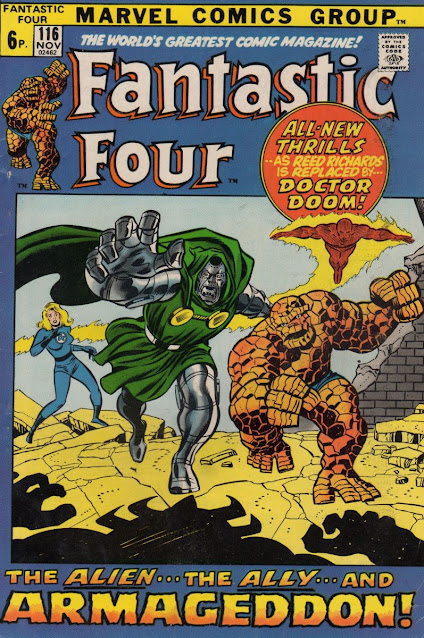 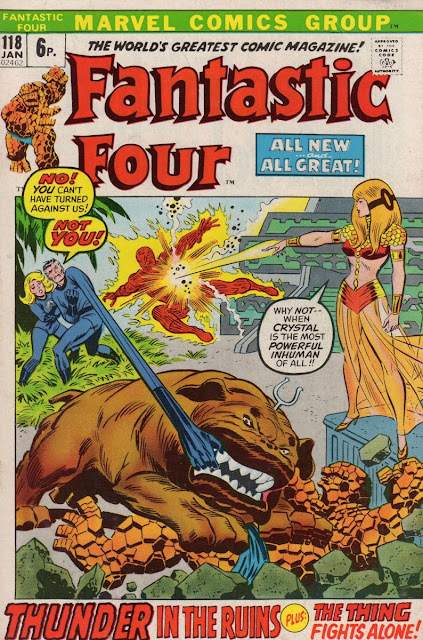 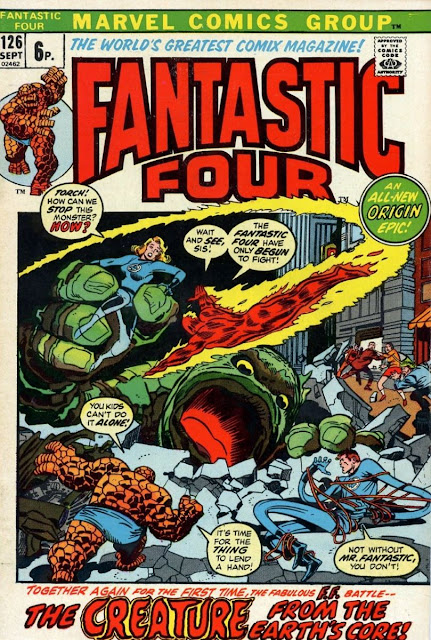 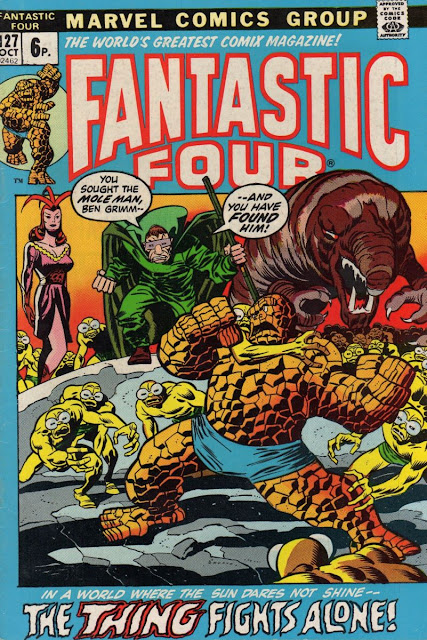 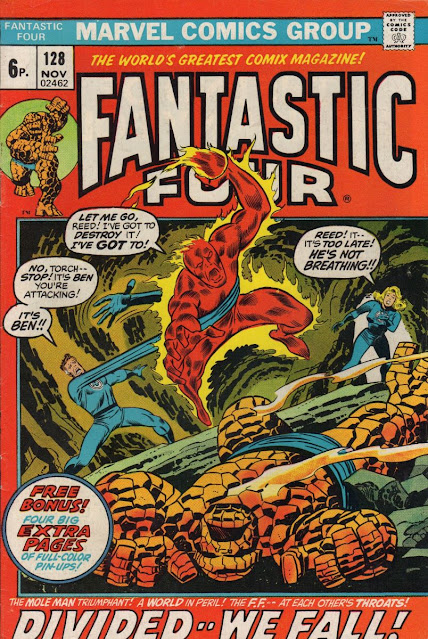 The Thing vs. Hulk cover is undoubtedly a classic. I first read all these John Buscema FF stories in the Captain Britain weekly but I was disappointed that the FF were in black & white in that comic. I much preferred the FF to Nick Fury and I'd have preferred the FF to be in colour instead of Nick Fury.

I guess Marvel felt that Steranko's 'psychedelic' art was more deserving (or more in need of) colour than the FF, CJ. It's a shame they couldn't have had full-colour throughout.

Yes, and it said IN FULL COLOUR above the CB masthead which implied the entire comic was in colour. I don't know why Marvel UK weren't prosecuted under the Trades Description Act 1968 - another example was the merged POTA & Dracula Lives which didn't feature Dracula at all from No.93 onwards.

Big John Buscema has always been my favorite Marvel artist, but I enjoyed in equal measure both his and JK's stint on the FF. (Now that Marvel Studios have the rights back to the FF I really hope that they are the ones to finally produce a movie that captures at least part of the greatness that the FF comics had in terms of story and characters)
My favorite FF cover by Big John has always been the Hulk vs Thing, with the two titans filling the available print area on the simple black background.

Yeah, CJ, but they'd probably argue that they didn't say 'All In Full-Colour!', or that the colour they used was 'full' as opposed to 'spot' colour. Who knows, maybe if the colour version had lasted longer, they might've been prosecuted?

Hi PC, hope things are better (or beginning to improve at least) for you given the bad luck you've had recently. I've never seen the 3rd FF movie from however far back it was, because it didn't look like the characters I grew up with and they all looked like kids. Hopefully (as you said) they'll get the next one right. As for the comics, it's a shame we didn't get to see a few Buscema FFs inked by Tom Palmer.

Kid, I suppose you've heard about the death of Les McKeown of the Bay City Rollers. I've just been watching 'Bye, Bye Baby' on YouTube and the comments section was full of tributes.

Big John was my favourite comics artist. My favourite from that selection is definitely #112.

If Marvel had gone ahead and licensed DC's characters in the 80s, I'd have loved to see Buscema draw Superman with Curt Swan drawing the FF.

The Thing v Hulk cover is very nice, I have the True Believers version and the art inside is also lovely. Good to see big John's take on FF 1 (issue 126) very true to the original. Although I know a lot of people didn't like those mid 70s "box" covers with the title area at the bottom , I thought they looked great but imagine artists may have found it a problem with the reduced space.

Yes, saw it in the paper earlier, but was never a fan, CJ. They were aimed more at a girl audience I think, though one or two of their songs are synonymous with the '70s.

At least we got to see Buscema's take on Superman in the 2nd Supes/Spidey team-up, DS. Curt Swan would've been interesting on the FF, but he'd have needed a more dynamic artist to do layouts I think, as Swan's composition was sometimes a bit pedestrian.

I also liked the 'box' covers, McS, though as you say, I'm not sure that all the artists were keen on them. Haven't received your address yet to send Leopard to, but rather than spend a few quid on postage, say when next you'll be in the centre and I'll give you it in person. Not to worry if you're pushed for time, I'll just pass it to you (like spies in a movie) and you can rush home for tea.