PART TWO OF THE BAXENDALE LETTERS... 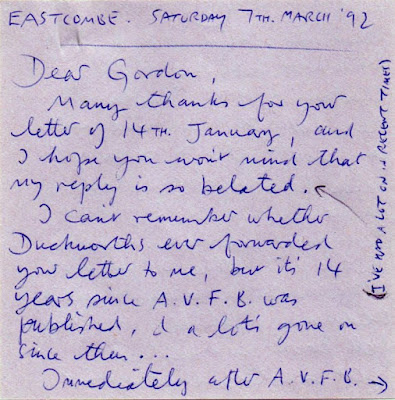 Back in the mid-'80s, I wrote to LEO BAXENDALE
(c/o of GERALD DUCKWORTH publishers) and offered to
letter any strips he was doing  for free.  (Not that there was any-
thing wrong with his own lettering, but I thought it might save him
some time.)  I never heard anything back and it's likely that Duck-
worth's never forwarded my letter in the first place.  However, in
January of 1992, I had occasion to get in touch with him again
and happened to enquire if he'd ever received my letter
from a few years before.

I got a nice handwritten 9 page response, which is rather
amazing when you think about it.  What other comics legend
back then would have gone to all the time and trouble to do that?
Very few, I'd wager.  Because Leo's letter offers some interesting
insights into what he was doing at the time, I thought all you crazy
Criv-ites might like to read it, so here it is in all its unexpurgated
glory.  Leo's handwriting is a bit hard to decipher in places,
so I've provided a transcript  to make reading easier.

Incidentally, when Leo says that the WILLY The KID
Annuals sold around 80,000 per book, he's referring only to
the first two;  the third only had a print run of 10,000 and, as
a result, is difficult to find and is much sought-after.  Have
you got one?  I've got all three, so yah-boo to you! 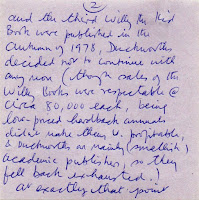 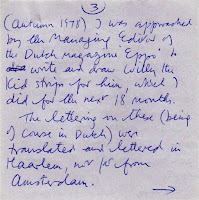 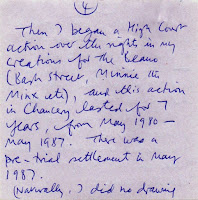 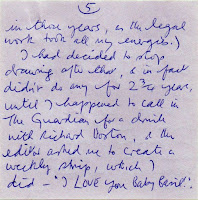 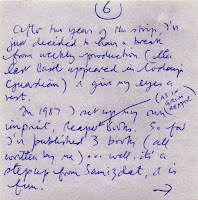 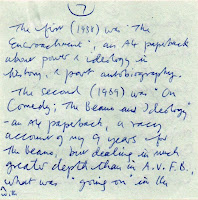 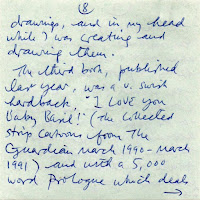 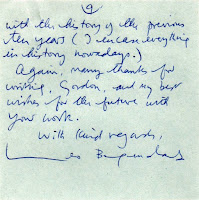 Many thanks for your letter of 14th January, and I hope you won't mind
that my reply is belated.  (I've had a lot on in recent times)

I can't remember whether Duckworths ever forwarded your letter to me,
but it's 14 years since A.V.F.B. was published, & a lot's gone on since then...

Immediately after A.V.F.B. and the third Willy the Kid Book were published
in the Autumn of 1978, Duckworths decided not to continue with any more
(though sales of the Willy Books were respectable @ circa 80,000 each, being
low-priced hardback annuals didn't make them v. profitable, & Duckworths
are mainly (smallish) academic publishers, so they fell back exhausted.)

At exactly that point (Autumn 1978) I was approached by the Managing
Editor of the Dutch Magazine 'Eppo' to write and draw Willy the Kid strips
for him, which I did for the next 18 months.

The lettering on these (being of course in Dutch) was translated and
lettered in Haarlem, not far from Amsterdam.

Then I began a High Court action over the rights in my creations for The
Beano (Bash Street, Minnie the Minx etc), and this action in Chancery
lasted for 7 years, from May 1980 - May 1987.  There was a pre-trial
settlement in May 1987.

Naturally, I did no drawing in those years, as the legal work took all my
energies.)

I had decided to stop drawing after that, & in fact didn't do any for 2 3/4
years, until I happened to call in The Guardian for a drink with Richard
Boston, & the editor asked me to create a weekly strip, which I did -
"I Love You Baby Basil!".

After two years on this strip, I've just decided to have a break from weekly
production (the last Basil appeared in today's Guardian) & give my eyes a
rest.

The first (1988) was 'The Encroachment', an A4 paperback about power
& ideology in history, & part autobiography.

The second (1989) was "On Comedy;  The Beano and Ideology" - an A4
paperback, a racy account of my 9 years for The Beano, but dealing in
much greater depth than in A.V.F.B., with what was "going on" in the
drawings, and in my head while I was creating and drawing them.

The third book, published last year, was a v. swish hardback, "I Love
You Baby Basil!" (The Collected Strip Cartoons from The Guardian
March 1990 - March 1991) and with a 5,000 word Prologue which
deals with the history of the previous ten years (I encase* everything in
history nowadays.)

Again, many thanks for writing, Gordon, and my best wishes for the
future with your work.