Six more super SUPERMAN covers for you, superfans,
culled from a time when comics were (mostly) all-age friendly.
I quite liked the first post-CRISIS version of Supes, because it
managed to combine elements of the character as he was originally
portrayed  in the 1930s & '40s with those of SUPERBOY, thereby
giving DC readers the best of both versions, even 'though Super-
man never had a career as Superboy in the revised continuity.
(Don't ask me what the current state of play is in regard
to his history.  Haven't got a ruddy clue.) 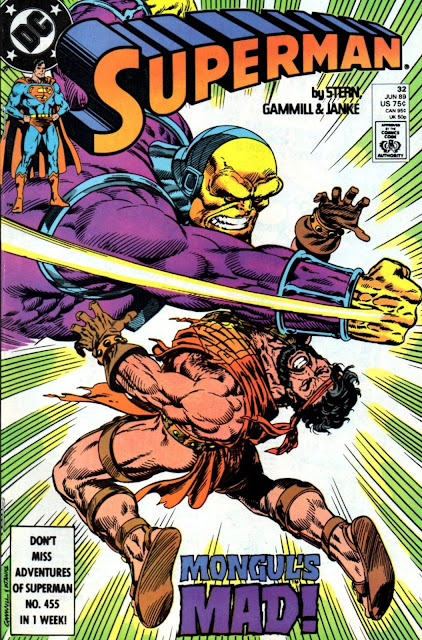 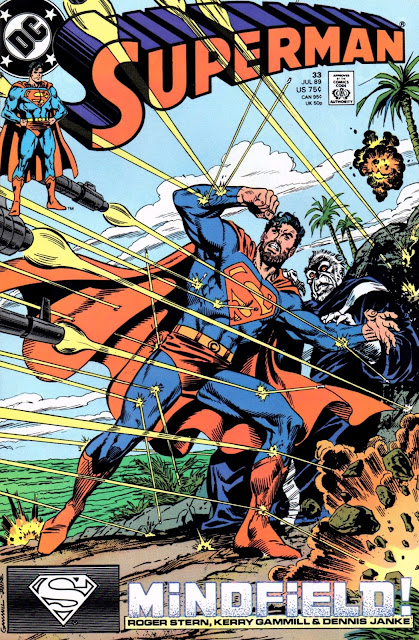 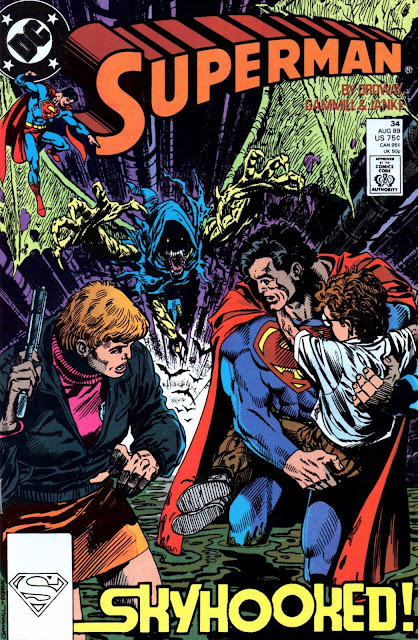 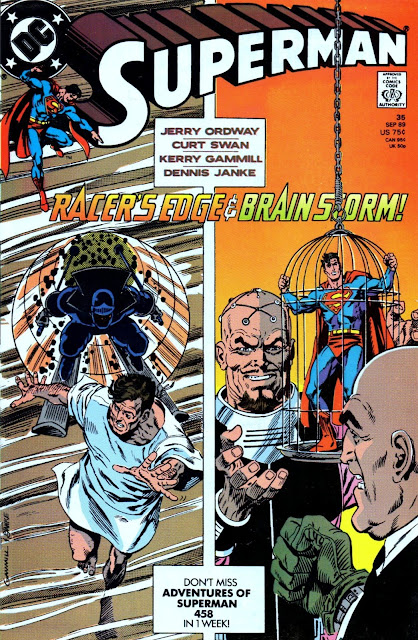 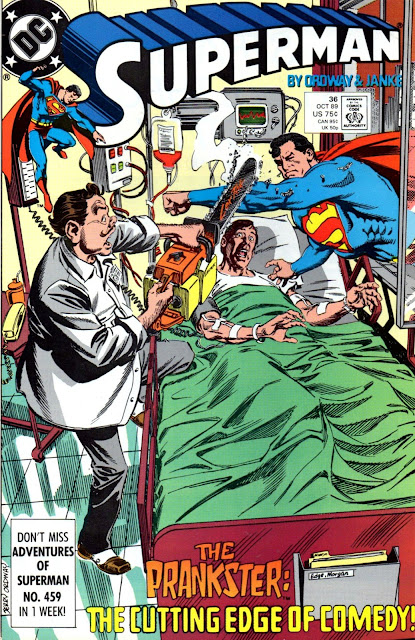