After a popular run on MARVEL's FANTASTIC FOUR, superstar artist and writer JOHN BYRNE jumped ship over to DC COMICS to help reshape their post-CRISIS SUPERMAN incarnation.  I seem to recall reading that he'd hoped to work for both companies, but felt pushed into making a choice because of something that JIM SHOOTER, Marvel's editor-in-chief, had said or done.  (Unfortunately, I no longer recall the precise details off the top of my head and am too lazy to look it up.)

So for a while at least, The Byrnester helped steer the good ship Superman, but it wasn't to last.  While it did though, readers were treated to some superb covers (and interior art, but that's not included) which we're about to look at in the first instalment of this ace new series on Crivens.  So why not come along for the ride? You're bound to enjoy it if you're a Superman or Byrne fan!

And if you have any particular reminiscences associated with any of these covers, be sure to leave a comment. 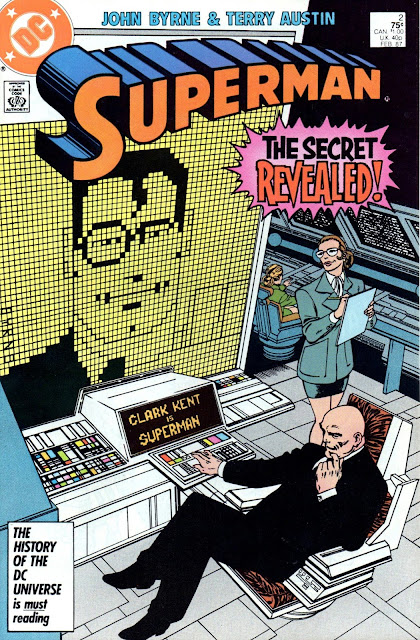 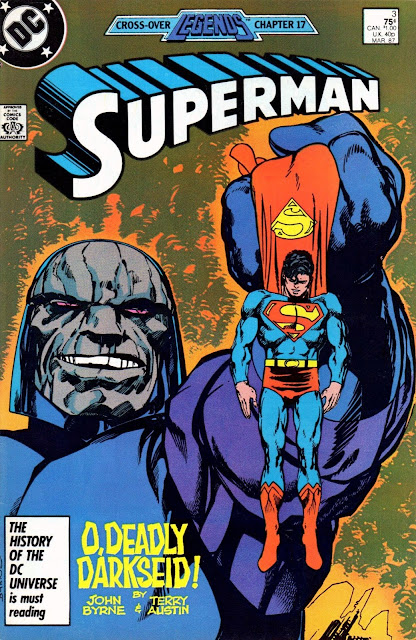 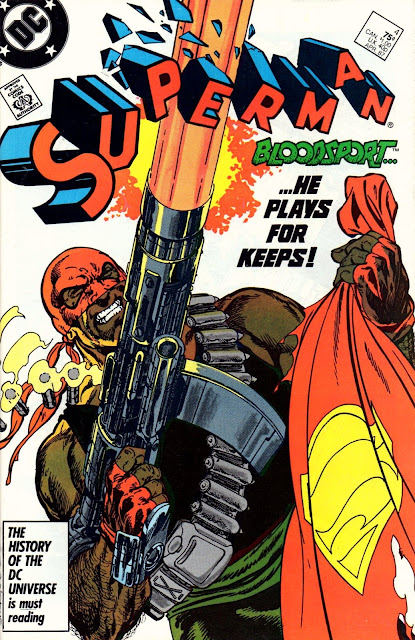 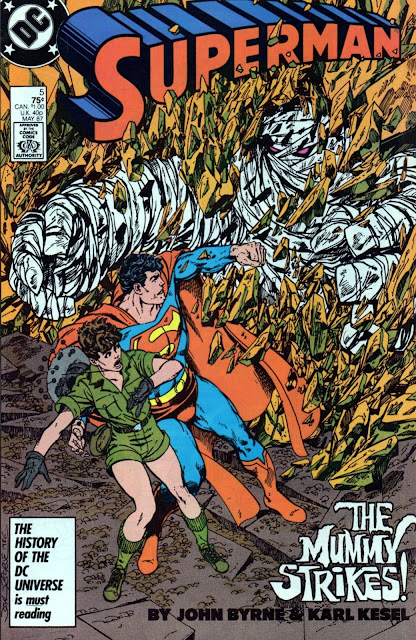 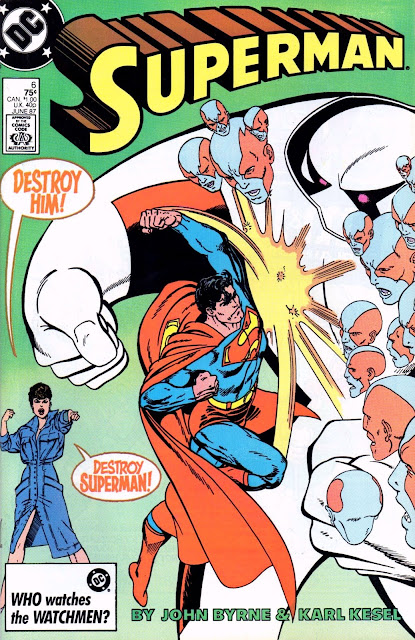 My memories of when this came out are of total bewilderment. Firstly, I only ever came across one solitary issue of COIE, so I hadn't a clue what had gone on. Then I wondered why didn't they start this new comic as "The Adventures Of...." and continue with the numbering on Superman? Didn't / still don't see the sense in it!

I remember them explaining it at the time, JP, although I no longer recall what their reason was. However, I guess they just felt that the first issue of a comic simply called 'Superman' would be a bigger draw to collectors. Were they right? Who knows?!