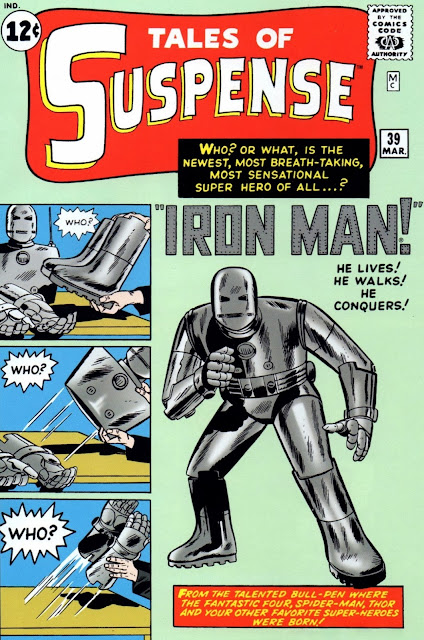 Strange - I thought I'd already posted a TALES OF SUSPENSE
cover gallery, but as I can't find it anywhere on the blog, then obviously I
was mistaken.  Never mind - here's one now, fearuring the first ten covers of
The INVINCIBLE IRON MAN - from the appearance of his original suit
of iron armour to his first new version.  Some classic MARVEL/JACK
KIRBY art from the '60s awaits your attention, so get stuck right in!

(Incidentally, in recent MASTERWORKS and OMNIBUS editions,
the word 'Bull-Pen' on the cover-caption of #39 has been de-hyphenated
for some curious reason.  Let's hope they restore it in later printings.)

Got a favourite cover?  Go on - let us know which one (or ones)
in the ever-lovin' comments section.  It's good to share! 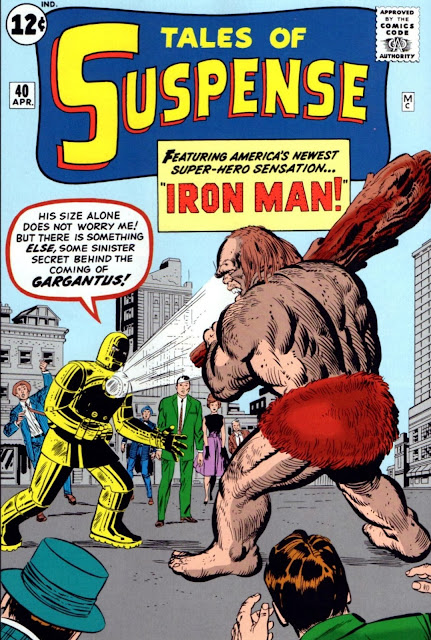 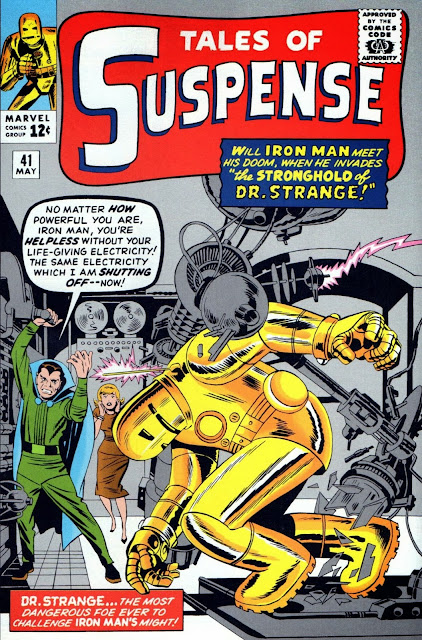 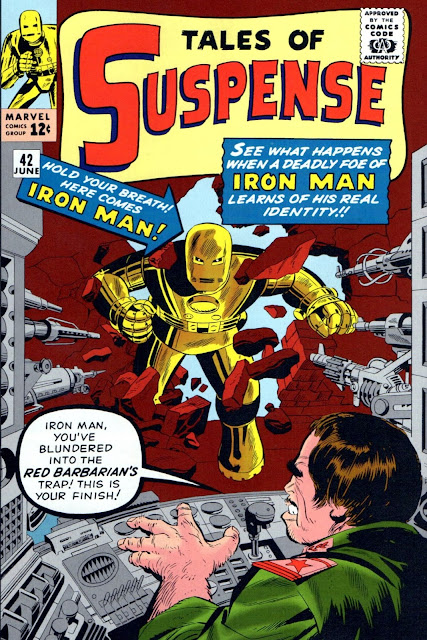 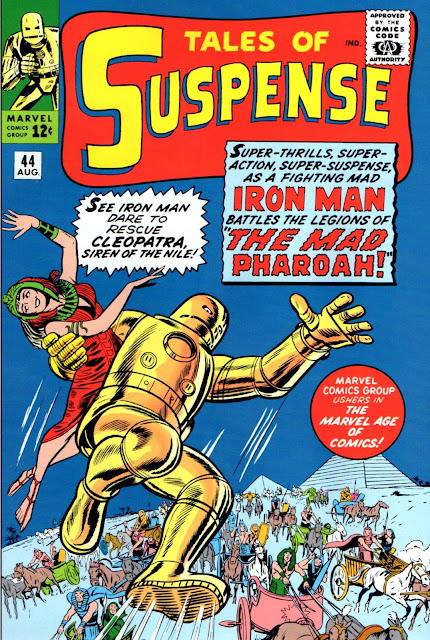 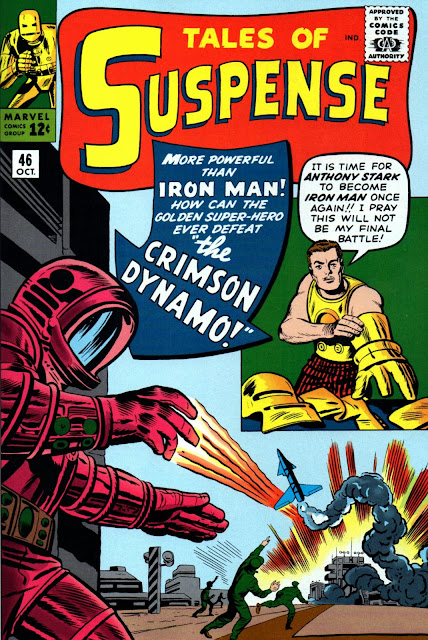 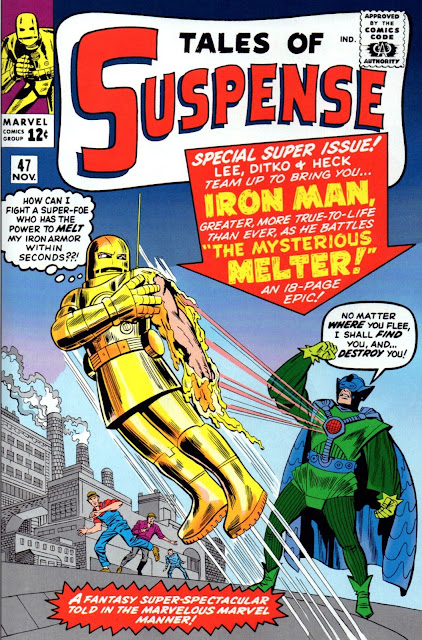 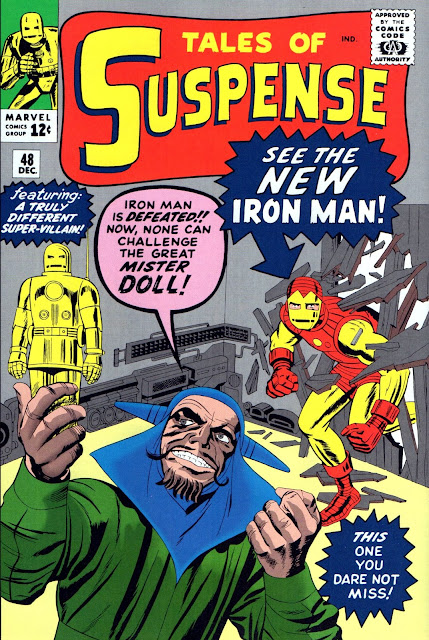 It always amazed me the Iron Man lasted so long as a character with that awful original costume, even for the early 60s it was pretty lame. Was it Don Heck that created the look we know now? - fav cover issue 39 the non yellow armour looks much better in steel / grey - McScotty

The original design (said to have been created by Jack Kirby because he drew Iron Man on the cover, although the first strory was drawn by Don Heck) only lasted 9 and a half issues, McScotty, before being redesigned by Steve Ditko.

However, as the covers were usually drawn after the stories, I have my suspicions about Jack creating the costume, even 'though he was credited with having done so by Heck himself. Heck, I think, also once thought that Kirby had laid out the first issue (#39) for him, but later realised it wasn't so. It was probably just another job for Don, so he probably really didn't remember much about it so many years after the fact.

The point is, if Kirby drew the cover for the first issue featuring the new armour, yet it was designed by Ditko, then why couldn't it have been the same with Heck?

I made myself a good few t-shirts featuring the central figure on issue 39.
I love it because it has elements of the earlier monster stories by Lee and Kirby.

My kids bought a toy figure of each colour,gold and grey, when they were much younger and when they grew bored with them.............they are behind me on a shelf.

I've got those very figures, Baab. I had three of each, two pairs unopened - then I gave one pair away to someone. Now I've only got two of each set. I must be mad.

I was never a big Iron Man fan, but if you want to talk about a really classic Iron Man cover, I'll put a vote in for issue# 96. Take a look at it and tell me you don't agree it's a fantastic cover. I'm not even sure who drew it. Tony just got the heck beaten out of him by Ultimo and his armor is shredded, and he's coming back for more.

Cleopatra looks like she's enjoying herself in a "Oh look, I can see my house!" kind of way.

Jack originally drew her with a worried look on her face, but it was revised before publication to what you see now. Also, the blurb was originally different. Earlier reprint editions usually show the cover as it was first drawn, not as it was published - even the first printing of the Masterworks volume. It was only relatively recently put right.