Time for another SPIDER-MAN COMICS WEEKLY instal-
ment in our series of cover galleries, so here are a further eight issues
to drool over, frantic ones!  Fewer pin-ups this time around, as by now
they were only occasional fillers in the comic and not a regular weekly
occurrence.  However, the covers are still nice and colourful, and really
stood out on the shelves of newsagents' back in the last dying embers of
1974.  Come the new year and I'd no longer be a schoolboy, but that's
a tale for another time perhaps.  In the meantime, enjoy the images
in this post - and don't forget to come back for the next part! 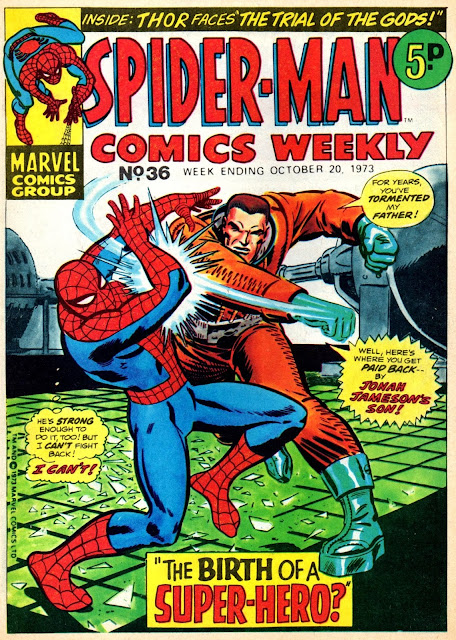 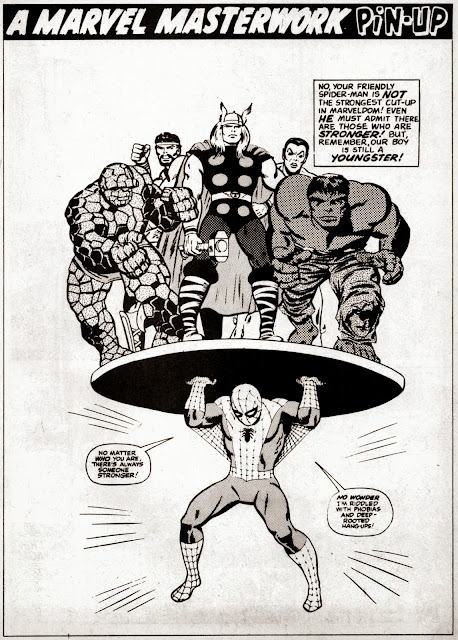 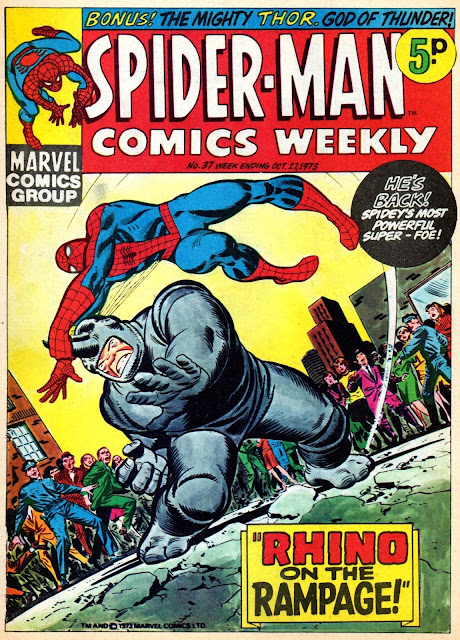 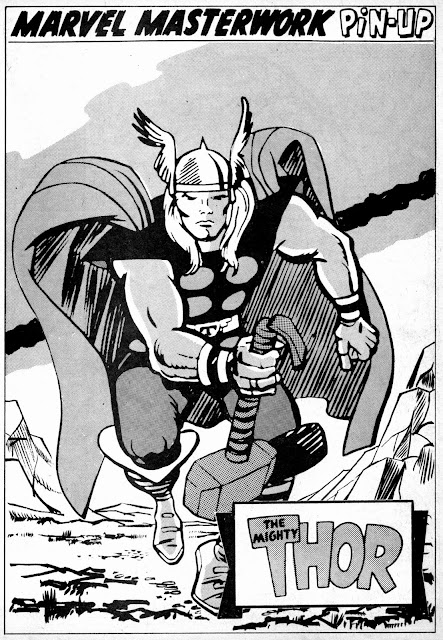 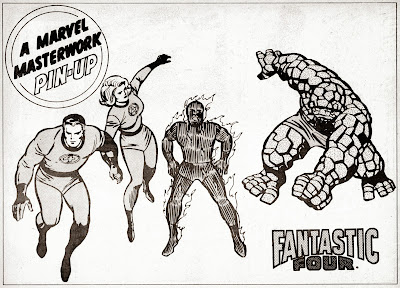 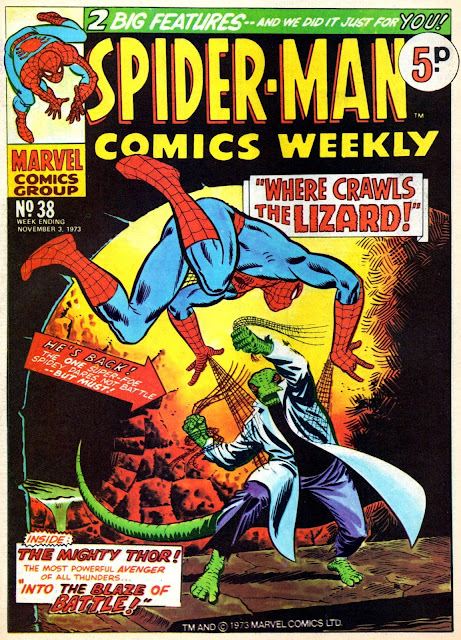 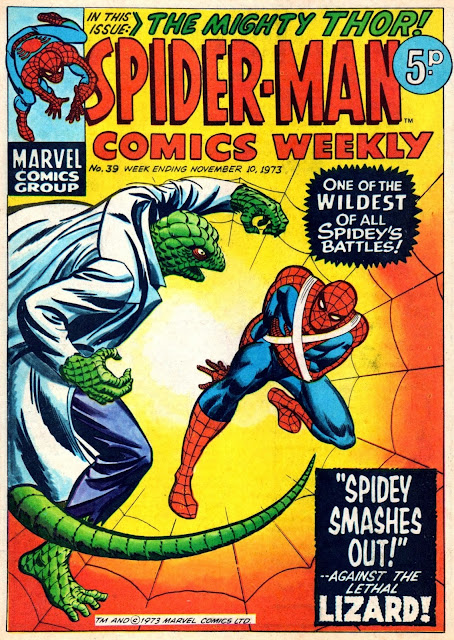 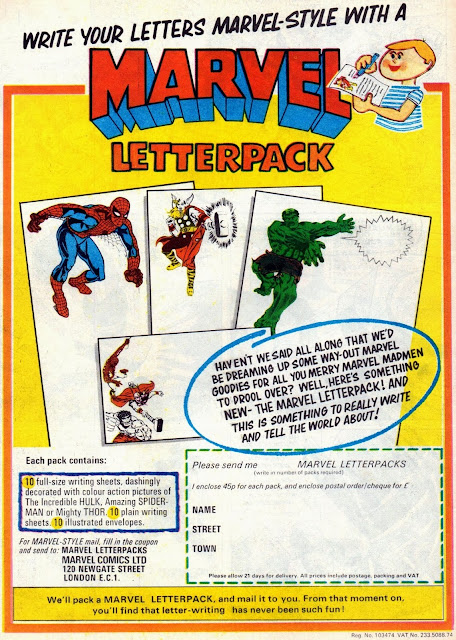 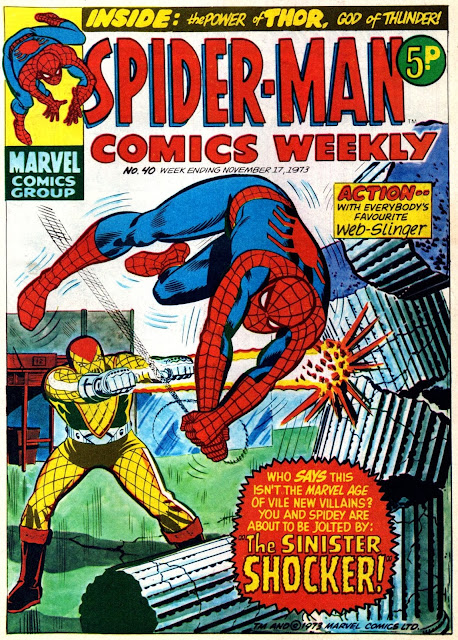 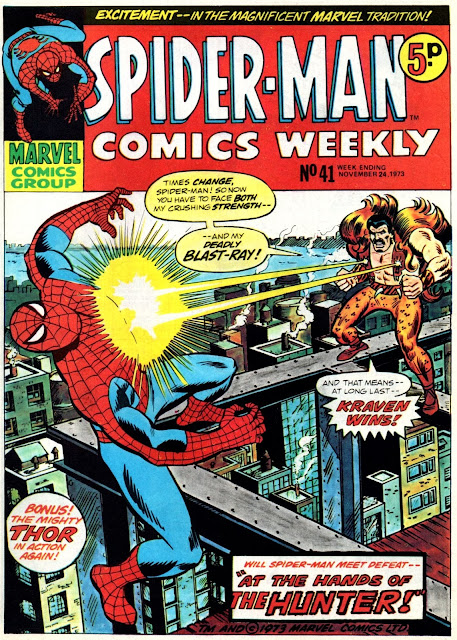 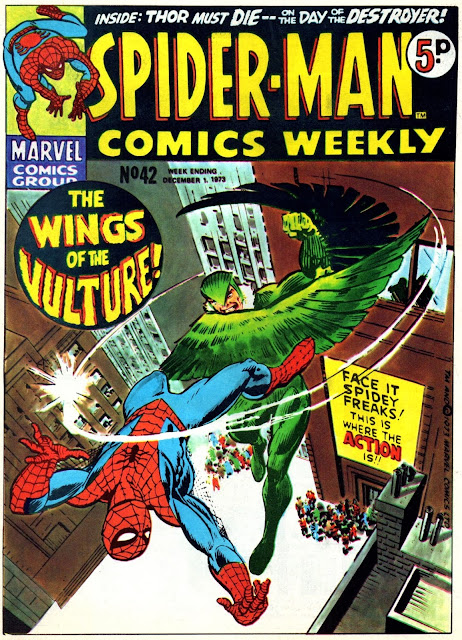 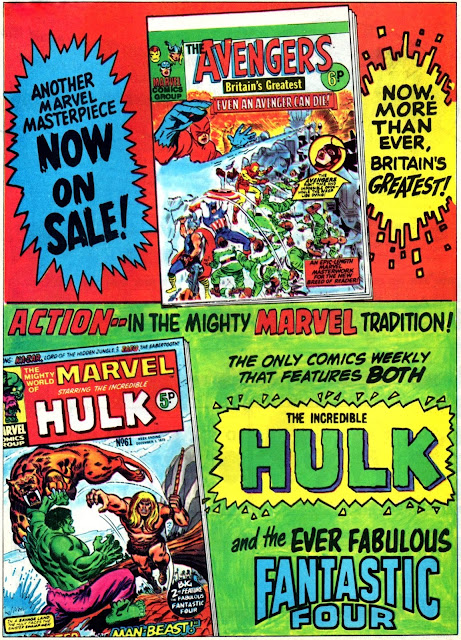 I've got the MWOM issue, but I'd have to hunt down the Avengers one myself, Chris - never kept it.

Less use of new cover artwork, and more use of original covers (albeit recoloured etc)...one presumes it was an economic move (Jim Starlin couldn't keep churning 'em out forever, one surmises)

I think it must have been, B - as well as reduction of page count, no interior colour, etc. Why pay someone to draw a new cover when an old one would do just as well? And Romita's a hard man to top.

I love that version of the Vulture: that's where I came in as far as US editions of Spider-Man went, with cool, cycle-riding Peter.

Ironically, Dougie, when Romita took over, PP soon became the handsome hero type that Stan had tried to avoid.