Well, I did say it would be an occasional series, but I notice that part three was posted back at the beginning of February, so perhaps it's about time for the next instalment of On The SCENE with (The) SUPERHEROES, a magazine pub-lished in 1966.

Interestingly, FLASH GORDON was what I was called when I was a full-time flasher a good while back.  I had been thinking of giving it up, but my pals said I should stick it out for another year - boom boom!  (Ah, yes - the old jokes are the best.)

Anyway, enjoy reading about BUSTER CRABBE's alter-ego and be sure to come back for part five (whenever it appears) - The RETURN Of CAPTAIN AMERICA! 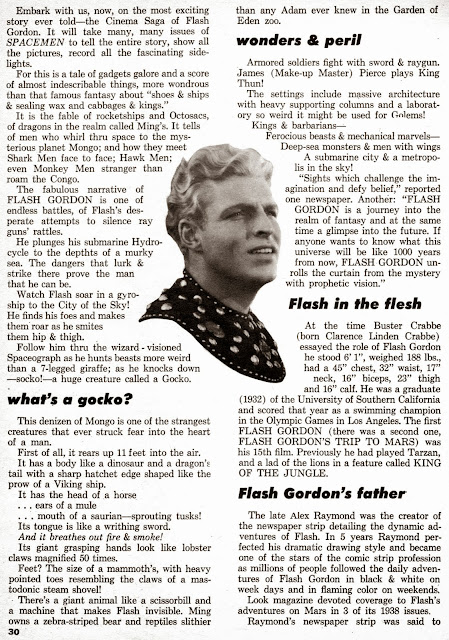 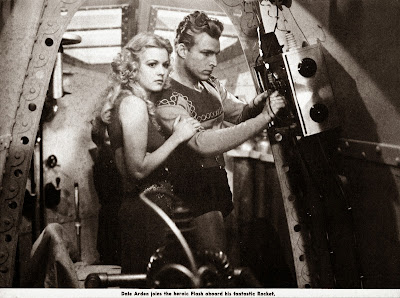 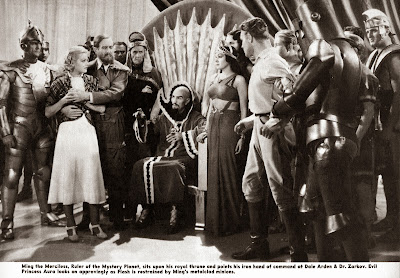 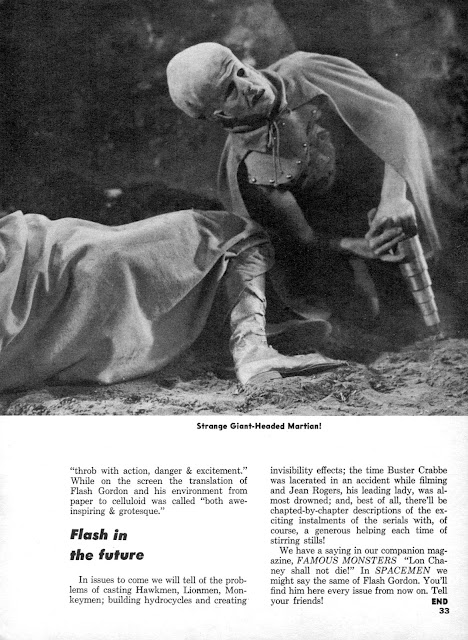