I never really read ARCHIE comics (apart from when he teamed-up with The PUNISHER), but I was aware of them.  A goodly number of years back, there was a bunch of them on sale in a local Glasgow comicbook store so I bought 'em, mainly because they reminded me of an earlier era.  Still haven't read 'em of course, but maybe one day I'll get around to it.  Archie first appeared in PEP COMICS in 1941, published by MLJ.  There seems to be contention as to who created him, some sources claiming it was publisher JOHN L. GOLDWATER and others that it was BOB MONTANA, although perhaps they were co-creators in the best STAN LEE/JACK KIRBY tradition.

Anyway, I thought you might enjoy seeing some examples of when comicbooks were actually comic-books, so feast your eyes on these colourful covers, o dedicated seekers after truth. 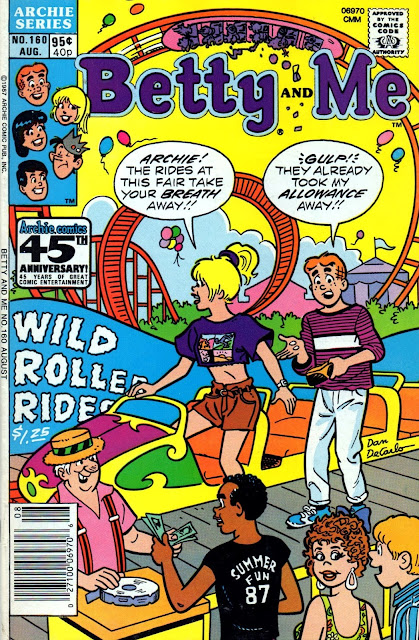 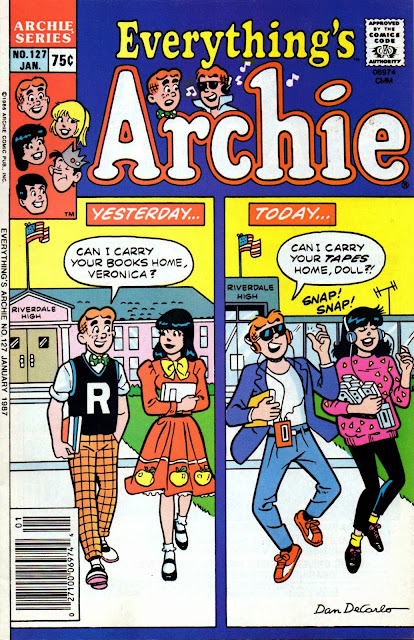 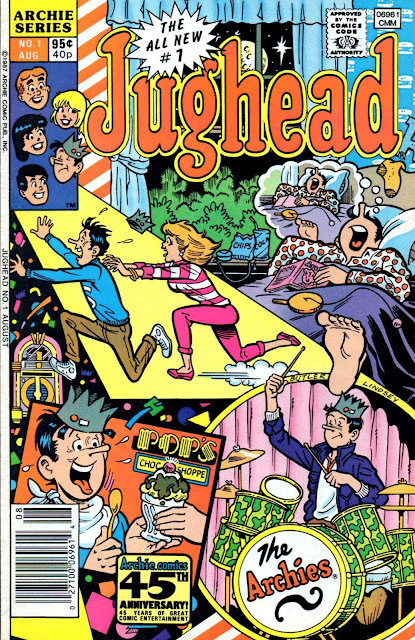 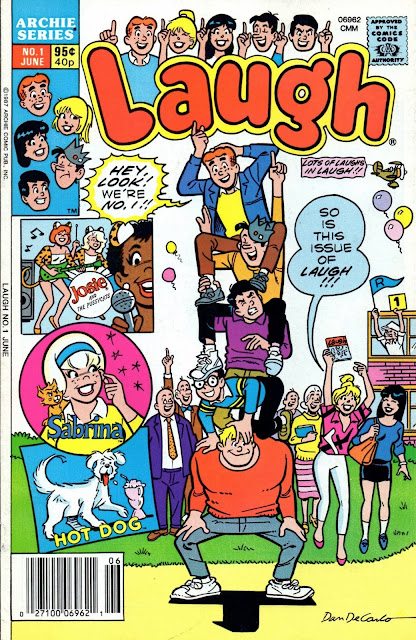 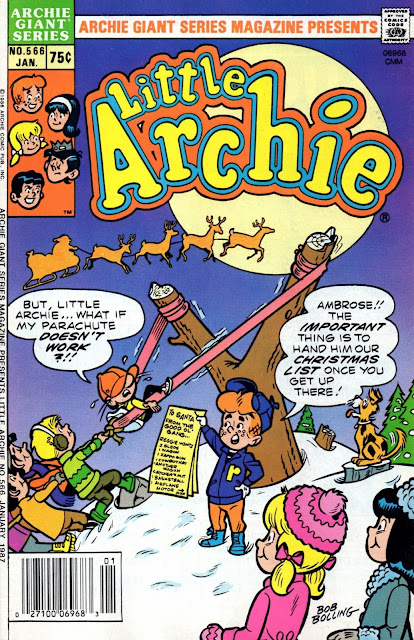 I have a soft spot for ARCHIE comics (the comic characters and the larger company - the Mighty Crusaders being one of the first US Superhero comics I recall reading)) - as a kid of about 8 - 10 years old I just loved Jughead and Archie, although I never got Archie's his attraction to "icky" girls, (of course a few years later I got it - and against popular choice I preferred dad girl Veronica grrrr) I always preferred Dan DeCarlos art (and despite most artist copying his style always knew when it was the main man's work) I picked up a load of the pocket books from ARTHUR's in Glasgow about 10 years ago some from the 60s including Josie comics the art showing 60s/early 70s clothes, styles, hair and references are just excellent - Strangely Archie have been really "out there" with their stories having a gay character marry, Archie marring both Betty and Veronica (in 2 alternative worlds) showing the up and downsides of relationships and even characters passing away - McScotty

I must've glanced at some of them back in the '60s, McScotty, for me to even be aware of who he was, but I can't recall ever reading any. However, the covers I posted do tend to speak of an earlier, more innocent time.

They're at least the issues I probably saw on the newsstand when I was 10 or 11.

I actually have that first issue of "Jughead" by the way!

My collection though mostly includes a lot of 60's and 70's issues as I see that as the definitive Archie in my mind.

Even 'though I'm not too familiar with the character, I'd agree with that, Chris. Archie seems to belong in America of the '50s and '60s.

Entertaining how dated the "today" part of the Everything's Archie cover is. Mid-80s, I'm guessing. Or perhaps 90s if we allow for the lag between pop culture and the comics' incorporating of that pop culture into its stories. I'm looking at you, Dazzler.

That's what I thought. Archie looked like he did for so long that it transcended 'dating', whereas, a few years on, the 'today' look (late '80s) appears far more dated than the original. Funny, that.