I can no longer recall if I actually bought the first issue of COR!! back in June of 1970, but I associate it with Rothesay & Port Bannatyne where my family were on holiday at the time.  I had seen the comic advertised on TV at home, but it's during that fortnight on the Isle of Bute that I see it in memory when I look back over 43 years into the past.  Part of the reason for that is seeing a kid reading a copy as we walked the streets of the little seaside town, and I may even have spied it on a newsagent's shelf at one point.  I remember wanting to buy it, but can no longer recollect if I ever got around to it or not.

However, it doesn't really matter a jot, as I recently acquired two copies of that first issue to replace the one I may or may not have had back in 1970.  But if I didn't have it, it can't be regarded as a replacement then, can it?  True, but it's a replacement for the one I should have had, if indeed I didn't have it - if that makes any sort of sense.  (Maybe my brother bought it.)  But don't get tied up in knots trying to understand whatever nonsense I happen to be typing at the moment - instead, just take a look at the first instalment of the very first issue of Cor!!  Part two follows soon - don't miss it. 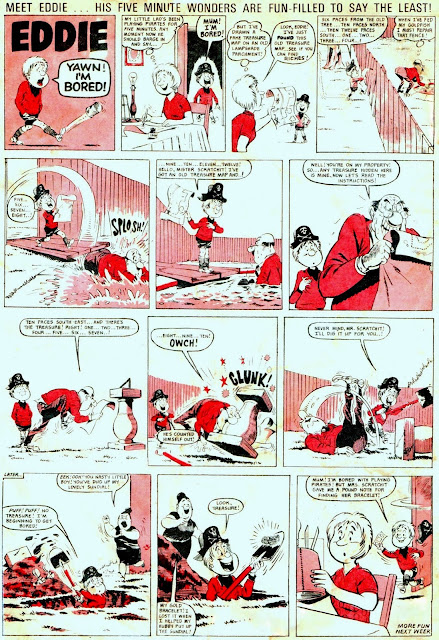 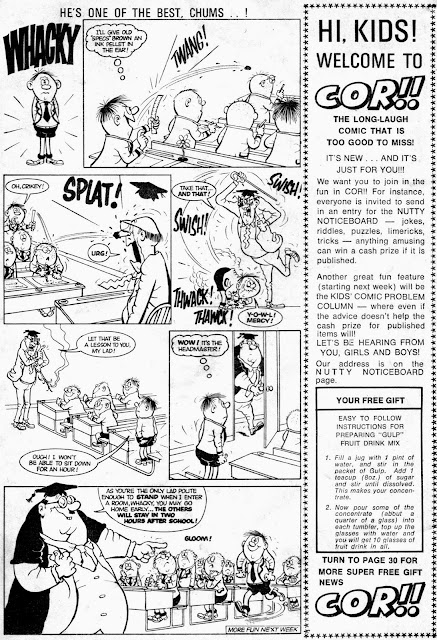 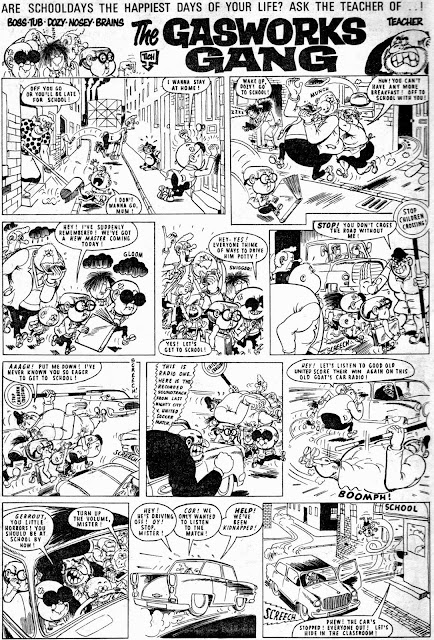 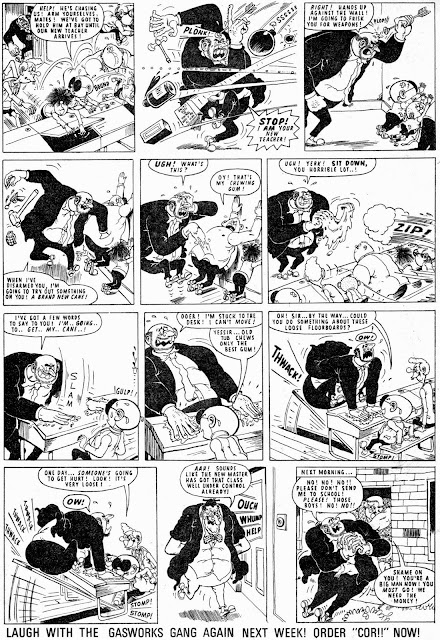 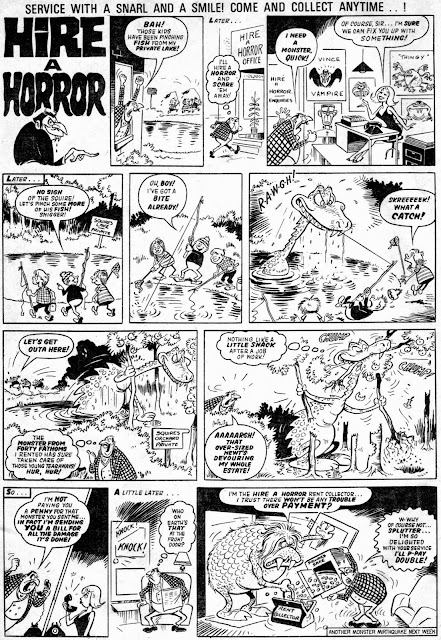 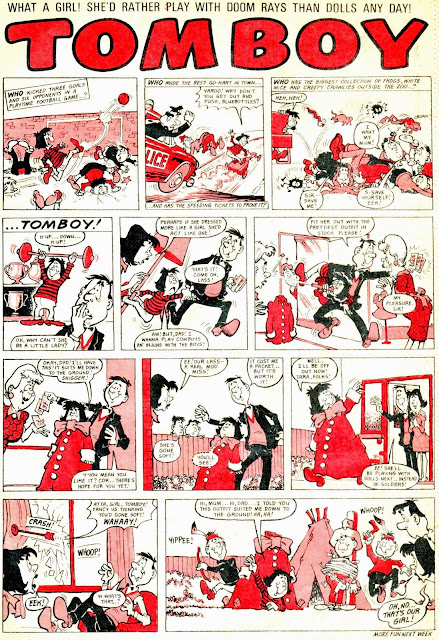 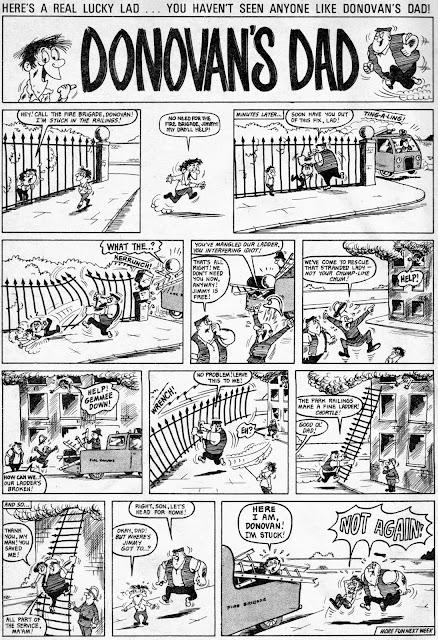 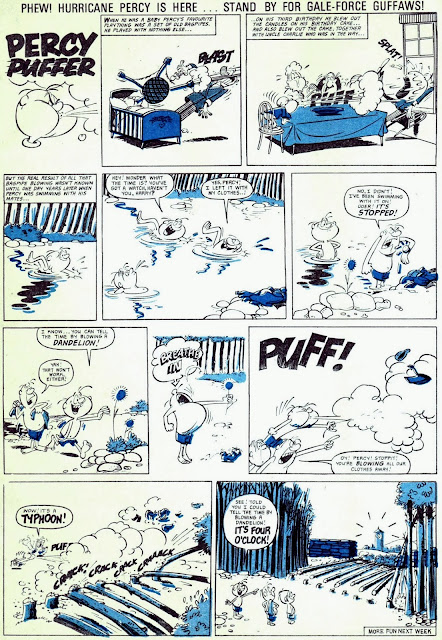 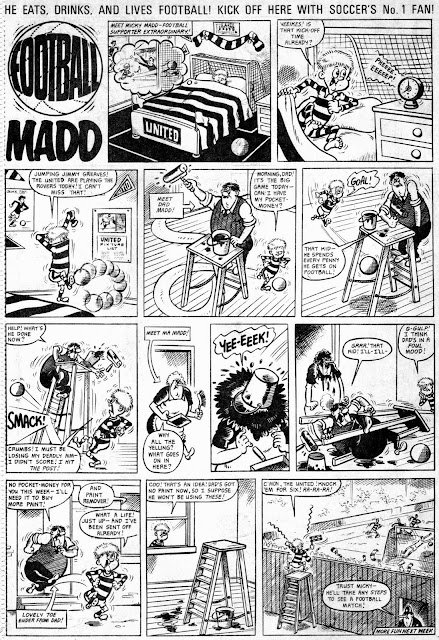 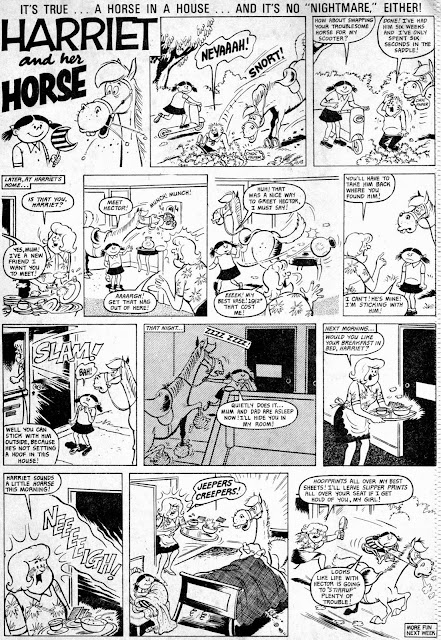 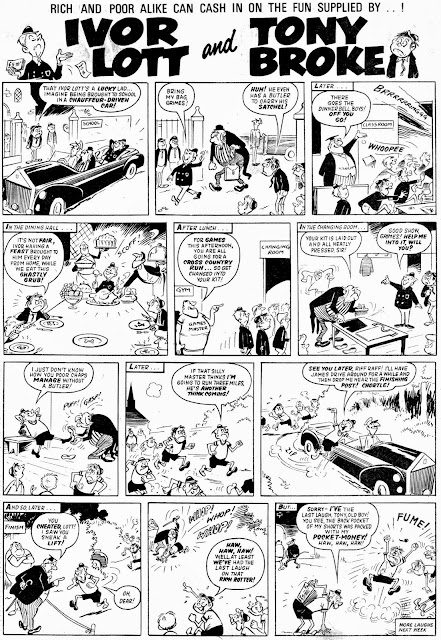 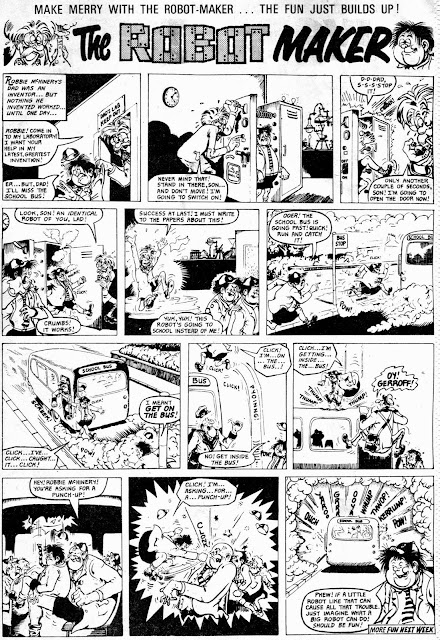 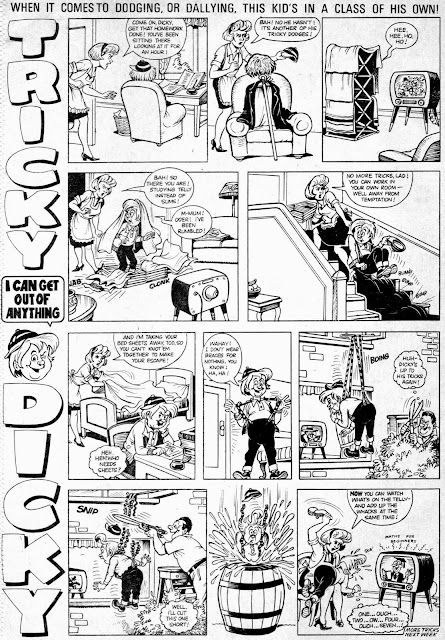 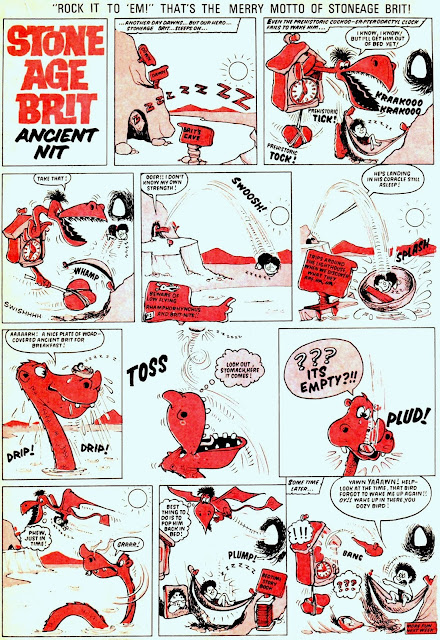 Another blast from the past - really nice to see issue one again - I definitely remember picking it up more for the free drink,( which was awful - speaking of which have you seen the stall in St Enoch's shopping centre selling a re-branded Cremola foam??)- However I I don't associate some of those strips with Cor such as " Hire a Horror" etc were these reprints? (if I remember rightly Cor did featured a few Buster strips like Tim Teacher and Wonder Worm) or was "Hire A Horror" a Cor original?. My lasting memory of those early 70s IPC humour comics was always the adventure strips -was it Cor that had "Kangaroo Kid" and The "Rat Pack" (that may not be the name it was a strange and strip my only recollection was a guy that looked like a big rat)- I look forward to seeing other issues as despite not being able to remember a lot about the strips in Cor (more down to my age sadly) I do recall really liking it as a kid - I always associated Cor with Giggle and the revamped Knock-out - McScotty

McScotty, some of the strips do indeed look like reprints because the art looks a little dated, but I'm not sure that Hire-A-Horror is one of them. Perhaps you're thinking of Rent-A-Ghost in Buster, which was extremely similar. (Great Reg Parlett art on both strips.)

The adventure strips you mention may have been later Cor! strips (I don't know to be honest, and am too lazy to look it up at the moment), but Chameleon Kid started in issue #1, as you'll see in Part Two. I only read Cor! extremely occasionally, preferring Whizzer & Chips and Shiver & Shake, but I've now got a few annuals (I think). Got a full set of Knockout 'though - and a bound file volume of Giggle.

They've got a Cremola Foam stand in my town, too. I really must buy a tin - just for old times' sake.