As promised, here's the second part of the BLUE PETER BOOK cover gallery, none of which (I have to confess) I bought at the time of publication.  No, I didn't really get into the BPBs until around the early '90s, I think (but can no longer recall with anything approaching accuracy).  Why?  Pure nostalgia.  They were a means by which I could revisit my past, having been a semi-regular viewer of the programme over the years - particularly when BLEEP And BOOSTER were a feature of the show.

Talking of Bleep and Booster, in 2008 there was a lavish Blue Peter 50th Anniversary book which explored practically every aspect of the programme's history, but apart from a one-line mention of Bleep and Booster, it was as if they'd never existed. The author of the book (and former editor-in-chief of the pro-gramme), RICHARD MARSON, later explained to me in an email that he was pressed for space and couldn't include everything, but for kids in the '60s, B & B were probably the main draw of the show.  At least they appeared in the first fourteen books and had three annuals of their own back in the '60s.

I have a few other Blue Peter Books, but the ones featured in these two posts represent the programme in its heyday when the show was broadcast from BBC TELEVISION CENTRE (which should never have been sold off), and where the spirits of many a Blue Peter pet no doubt still romp around the spot of the famous (and original) BP garden.

Comments welcome, so get typing. 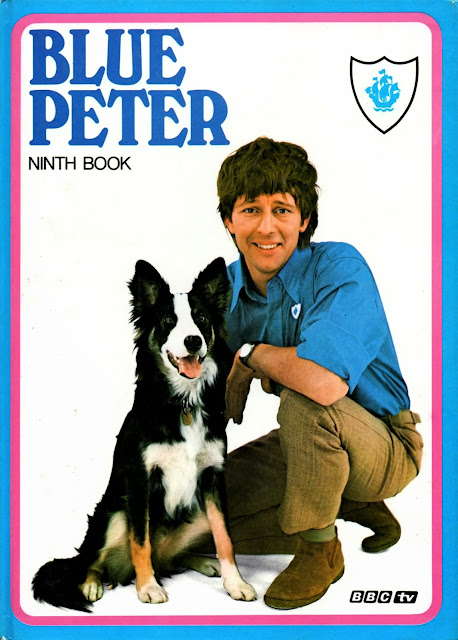 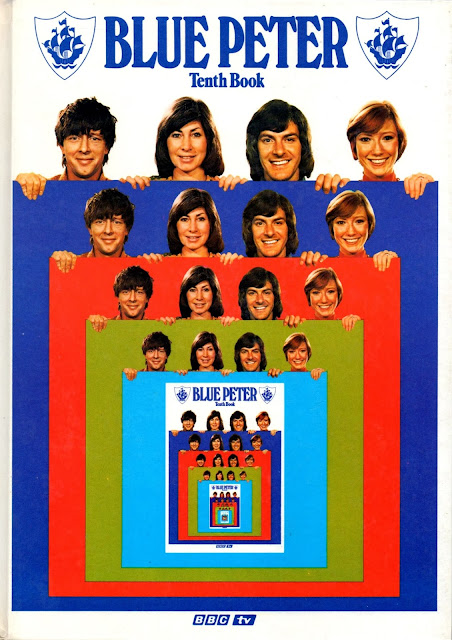 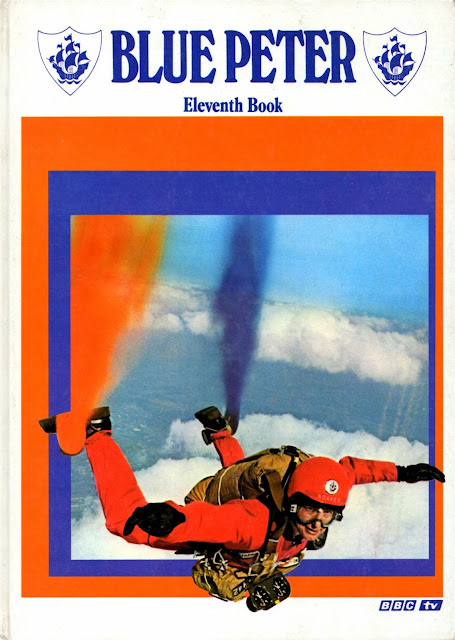 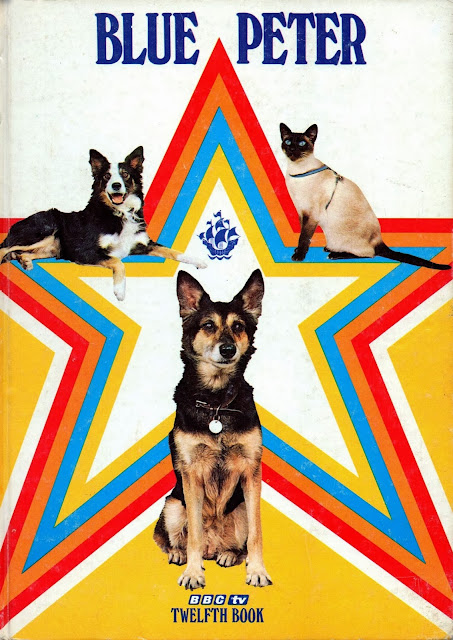 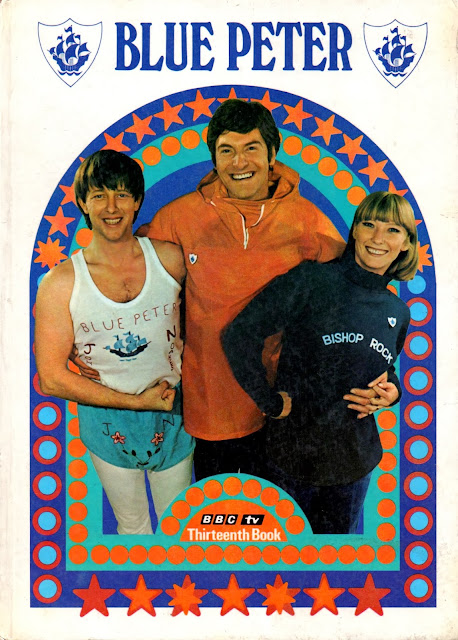 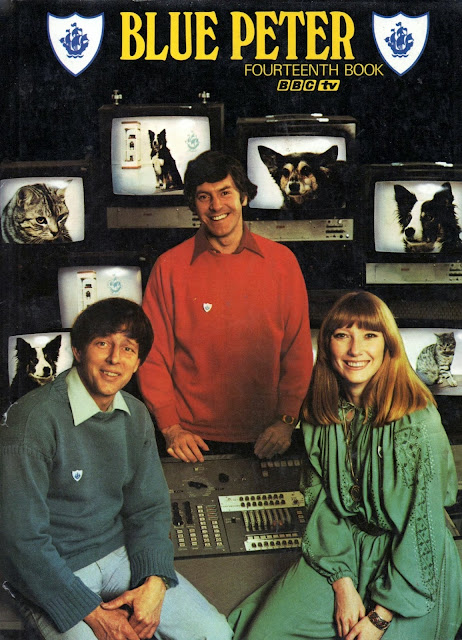 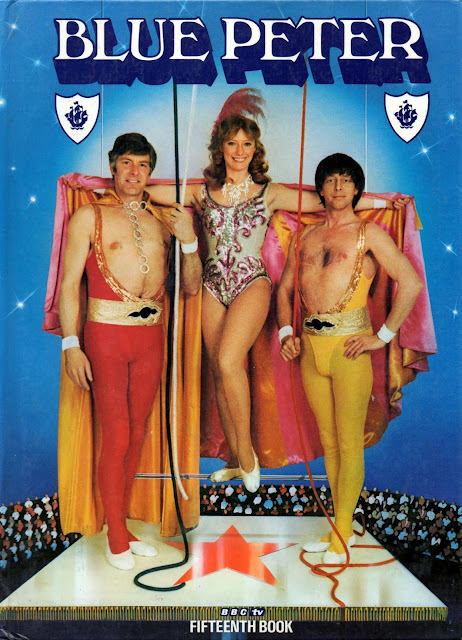 Interestingly, the above cover came in for a bit of attention, as related in BIDDY BAXTER's book, DEAR BLUE PETER.  Letter follows: 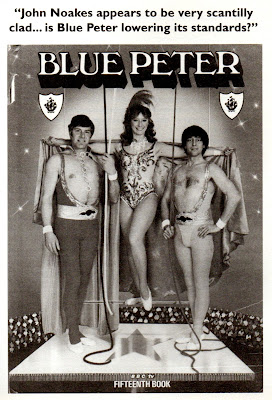 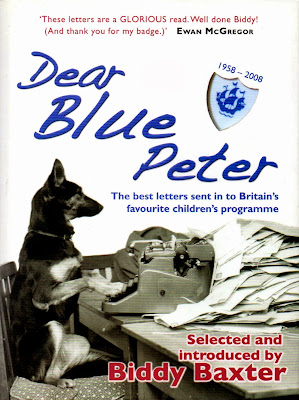 Thanks for making me look at something I never wanted to see again, Kid. Can you imagine being confronted by the cover of the fifteenth book on Christmas Day? That's the sort of thing that could scar kids for life. It isn't often that the scantily clad female is the tasteful part of the equation.

Oh, I dunno - I usually always find that a scantily-clad female suits MY tastes (unless it's Jo Brand). Now that you mention it 'though, Pete and John are probably showing a bit too much in the chest department. They must've felt like a right couple of pillocks, eh?

The fifteenth book is like something that will greet you when you arrive in Hell.

Just as well I have no intention of ever visiting the place then, eh, Lee? Not that it matters much as I have the bloody book. Anyway, who's going to look at Pete and John with Lesley flashing her pins like that? (Not counting Graham Norton, obviously.)

Book 10 page 42 has a pancake recipe that I still turn to every year. The only book recipe I have ever followed. Tasty!

See? Worth their weight in gold, aren't they, Chris?!