Strange as it may seem, many MARVEL fans who bought the ODHAMS POWER COMICS back in the '60s, tend to think that - ALAN CLASS monthly mags aside - Marvel reprints in Britain all but disappeared until The MIGHTY WORLD Of MARVEL was launched in 1972.  What they apparently forget (and I include myself) is that TV21 published various Marvel tales within its pages from issue #62 (cover-dated November 28th 1970) to #105 (cover-dated September 25th 1971), which was its final issue before being merged with IPC's VALIANT.  (The Marvel strips didn't survive the merger.) 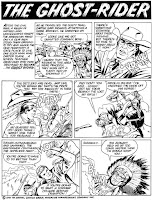 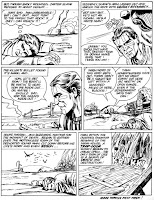 Over a span of 10 months, The SPIDER-MAN, The SILVER SURFER (with a guest-appearance from The FF), The GHOST RIDER (that's the one with a horse, not a motorcycle), RINGO KID, HOMER The HAPPY GHOST, and perhaps one or two other strips, dominated up to half the comic some weeks - so it's strange that so many comic fans appear to have forgotten Marvel's continued presence in the world of U.K. comics between March 1969 and September/October 1972.  (The dates when SMASH! abandoned Marvel reprints and MWOM went on sale, respectively.) 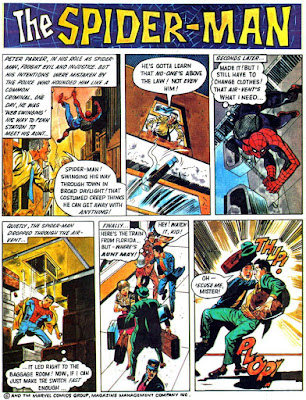 Perhaps it was the brevity of their presence.  After all, 44 issues can hardly be considered a long run and, as far as I can recall (without looking at every issue), none of the Marvel strips were ever featured on the cover - apart from an occasional mention in the banner, but certainly never in a prominent way. 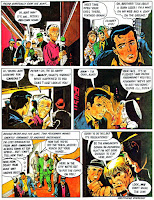 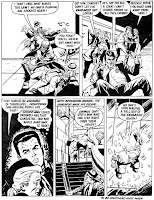 Anyway, as a little treat, here's a look at the Marvel content of the first issue (#62, new series) of TV21 to feature such strips.  Cast your eyes carefully over each creatively-crafted page.  Are you starting to remember?  Are memories, long sup-pressed, clawing their way from the back of your brain to burst once more into the warm glare of welcoming recognition?  Then congratulations!  You are whole once more and your past is once again your present.  I have done my job and done it well, so it's time for me to leave you and your joyous reminiscences to spend some time together alone.  After all, you know what they say - three's a crowd. 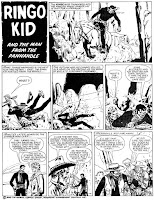 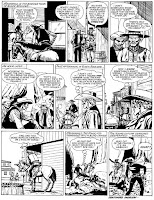 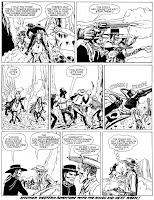 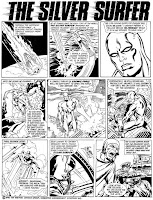 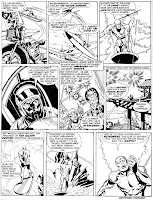 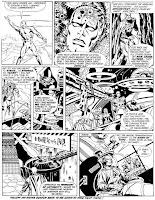 Don't forget - click on image to enlarge, then click again for optimum size.
Posted by Kid at Monday, July 06, 2015

Thanks very much for posting these, Kid. I was completely unaware of them at the time. In November 1970 I was just short of my 13th birthday, and thought of TV21 as a "little kid's comic" (I don't think I'd bought an issue since 1967). And my schoolfriends (who were less enlightened than me) thought of ALL comics as "kid's stuff". So there's no way I would have been aware of it. The only way I would have been is if they'd put the Marvel characters on the cover - it's such a shame they didn't.

The changes to the panel layouts and lettering give them a very conservative "British" look - although the overall effect isn't as bad as I'd imagined from your description yesterday.

I suppose they're not too bad when compared to other strips in the comic, Andrew, but when you compare them to the way they were originally published, the dilution of the 'Marvel look' is moor obvious. Look at that first Surfer page for example. SS's first appearance is a back shot. At least when Odhams r-esized the strips, they usually incorporated the splash pages as slightly larger panels.

My Dad may have bought the odd issue of the original TV21 series formy brother or myself but I have no memory of it from that time at all, so this was the first version of TV21 I ever read and the comic was a few months into its run by the time I got around to reading it. I recall thinking just how "tidy" and a bit bland the comic looked in its layout despite the new addition of the MARVEL characters. I was particularly keen on reading this at the time as by 1970 I was well and truly a US comic fans plus I had not long picked up a US Silver Surfer comic (issue 12) in a newsagents (Swans) in Cambuslang and was blown away by so when I read that the Surfer was in this new TV21 comic I had to have it, I can still recall how disappointed I was in the comic as the 2 page stories just didn't work for US adaptions which stuck out like a sore thumb as not being British (and they weren't exactly edited well) - but the art looked good. I recently picked up an issue of this comic and it still looked bland (to me at least) not a great version of a once great comic.

I have to admit that my feelings are mixed, McScotty. On the one hand, the first time I ever remember seeing the Silver Surfer was when he battled the Abomination - and that was in the pages of TV21. Therefore, I have a nostalgic attachment to all versions of the comic, but from a more objective standpoint, I tend to agree with you. (And yet...and yet...) However, the 'Marvel effect' was certainly diluted to an extent, I'd say. Strange that both our first encounters with Norrin were that Abomination tale, eh?

Update: Actually, that's not true. I'd first seen the Surfer in FF #57 a while before. Funny that I should forget that.

That issue of the Surfer where he battles the Abomination, is still one of my all time favourite comic. I always thought that this version of TV21 was very similar in layout to Dez Skinn's later versions of "Marvel Comic" etc (although Dez did it so much better in the editing) "

Ah, but even under Dez, they sometimes got the panels mixed up, alas. At least they kept the original lettering. I remember buying a few issues of the Surfer in Blackpool in 1973 or '74, McScotty - # 12 was among them. It's always been one of my favourites, too. I even remembered previously reading the story (or at least a part of it) in TV21 a few years before.

Thanks for this excellent post, Kid, ( especially as it was me who requested it!)
These certainly were Topsy-Turvy times. TV21 wasn't "TV21"any more, - Countdown/TV Action had become " TV21".
Whereas THIS TV21 had become a sixth Power Comic!
Confused?

Unfortunately, JP, Countdown only counted down to another comic (TV Action), so it certainly never had the success of TV21. Shame - it showed a lot of promise to begin with.

Oops! That should be 'more', not 'moor', and 're-sized', not 'r-esized' in my first reply to McScotty (who is now showing as 'Unknown' for some unknown reason. (See what I did there?)