SUPERMAN - the granddaddy of all superheroes.  Originally conceived by JERRY SIEGEL as an infant from the future, sent back in time by the last man on Earth (the child's father) as the planet crumbled around him.  This was later changed to another planet - at first unidentified, but later acquiring the name of KRYPTON.

Jerry and his friend JOE SHUSTER struggled to sell the idea to publishers, even after they had both become professional comicbook contributors.  At one stage, after Shuster had become disenchanted with their quest to sell the character (initially as a newspaper strip), Siegel collaborated with artist RUSSELL KEATON on developing the strip in 1934, examples of which survive today.

Keaton eventually decided not to continue the collaboration, and Shuster returned to the project.  Ah, how different comicbook history might have been, but that's something for you all to ponder in your own time.  For the present, let's look at the covers of the first six issues of Superman's own magazine, launched in 1939. 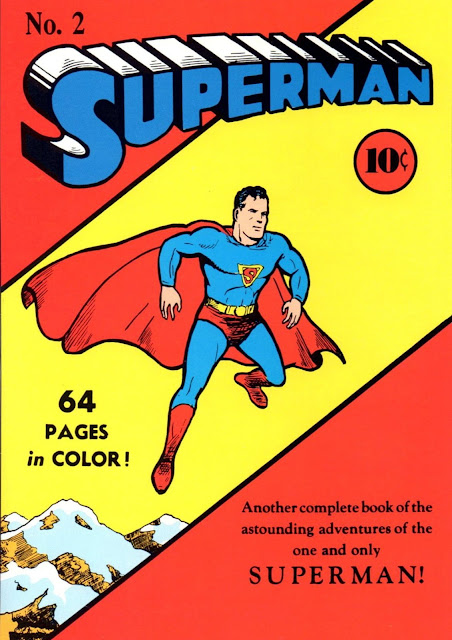 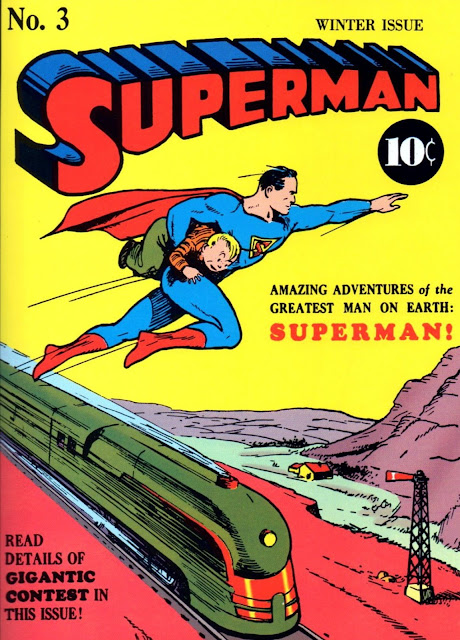 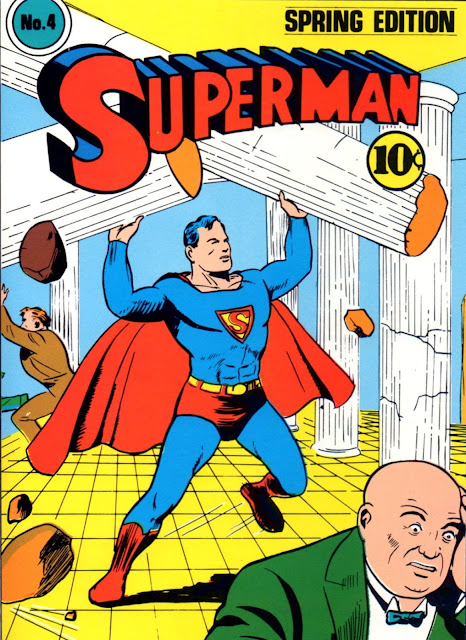 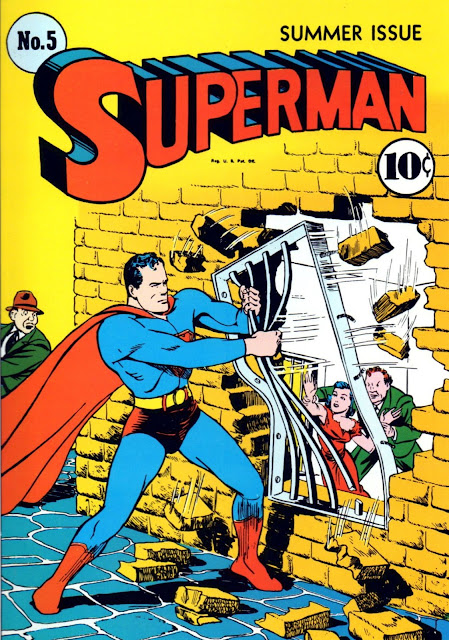 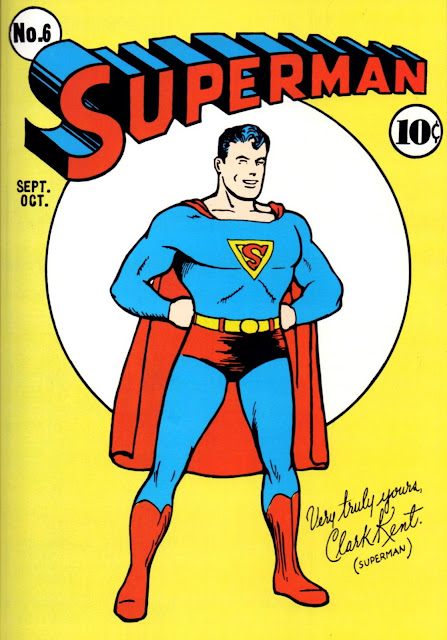 I bought the treasiury-sized #1 in the 70's, but recently I have noticed in a spinner rack in a card shop they had A4-sized replicas of the covers of #1 &#5 for sale @£9-99 each!! I think they were meant to be some kind of retro wall pictures. It looked like they were stuck to hardboard and they had "tattyfied" the edges, to give the (false) impression of old age.

I've got that Treasury Edition as well, JP, along with the Action Comics one. I've seen cover reproductions on posters and T-shirts with that 'aged' look, but I don't like it. I prefer them looking pristine.

So do I, that's why I reckon the pix on your blogs are the best on the internet! :-)

Oh, you ol' flatterer, you.